New arm mounted device power management tool and other enhancements to the UI!

Today marks the first time in Interstellar Rift’s history where being trapped aboard a ship without power is no longer an issue!

Introducing the “General Remote Induction Processor” or “G.R.I.P.” Omni-tool! This new marvel of technology will allow players to transfer power from their environmental suit directly into systems and devices and thus allowing them to function temporarily without a central power source. If your suit runs out of power, don’t worry the G.R.I.P. Omni-tool uses your body’s kinetic and thermal energy to charge the internal battery once depleted. or alternatively players can drain energy from Power Storage cells or other active devices.

The G.R.I.P.’s interface is located on the players right arm and can be summoned by simply pressing the “TAB” button. In it’s current incarnation players will only be able to use the power transfer features, but in future updates they will be able to use it for many more tasks. Such as locking doors and have ready access to a map of their ship, to name but a few. 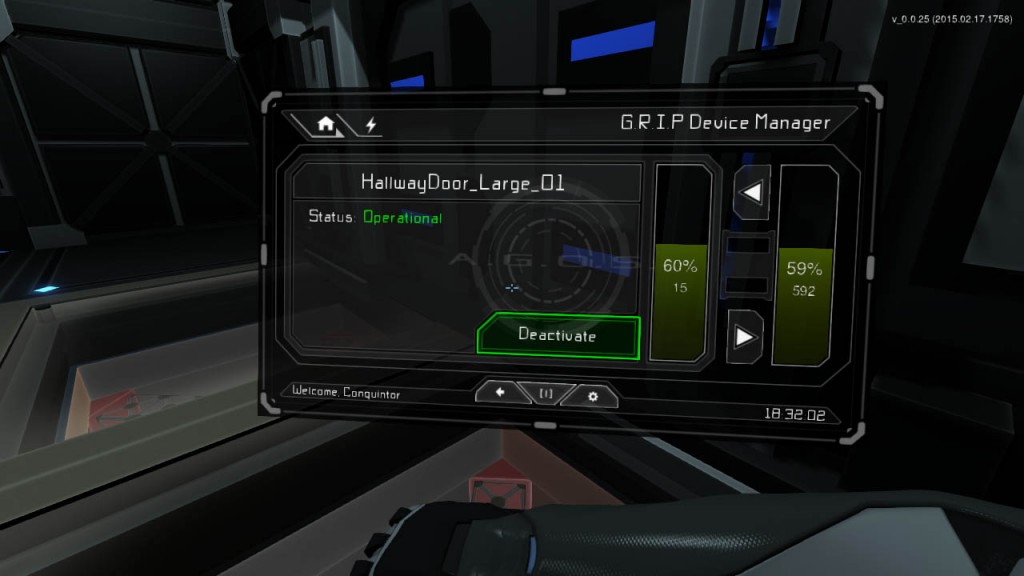 Players are now able to turn systems and devices off via the use of the G.R.I.P., currently, this does not include power generators

At the moment, the player’s arms do not match the third person model but instead follow the design of the new suit. In time we will replace the current character with a male and female variant, that matches this design.

Additionally, we've altered the design of the player’s inventory slightly. Instead of being on the left hand side of the screen, we've put it up at the top of the screen. The interface now displays the icons for the resources in your inventory rather than the transparent box renders we had before.

As always we hope you’ll enjoy this new patch and we hope you’ll let us know what you think. You can do so via e-mail, our Forums, or Twitter. and Facebook.