Some more up-to-date details on what we're actually doing. It's been a while, so we have a bit to show.

Posted by TheScoutwhocriedSpy on Dec 11th, 2016

The latest and newest news for Genetic Variation finally comes, after a few months of waiting. I'm sure a lot of you we're waiting for something soon, so here we are, showing you new things... Anyway, let's get on with the progress.

This is probably something you guys have been waiting for, for a while now, animations. Our good animator, #trigger_hurt has just started to work on some new animations for our recently mentioned Combine Sniper NPC. I must alert you that some animations may look unfinished, as the polishing for them usually comes last in the book. Have a look:

Unfinished Reload (You can probably tell)

That's all the animations for now. As stated above, they're still in need of polishing. Now that you've seen them, tell me what you think of them. We appreciate all the feedback we can get. Also, the Standard Soldier model is temporary until we make our own custom mesh and texture, Next up on our list is a video of something. This video is a little brief, but I think you might like it.

That's the Game Instructor, as seen in other Valve titles, such as CS:GO, Left 4 Dead and Portal 2. We plan on using those very wisely. It's mainly meant to help the player figure out what to do in certain situations, as some of the things we have planned may need it. Another thing we have successfully implemented is this. 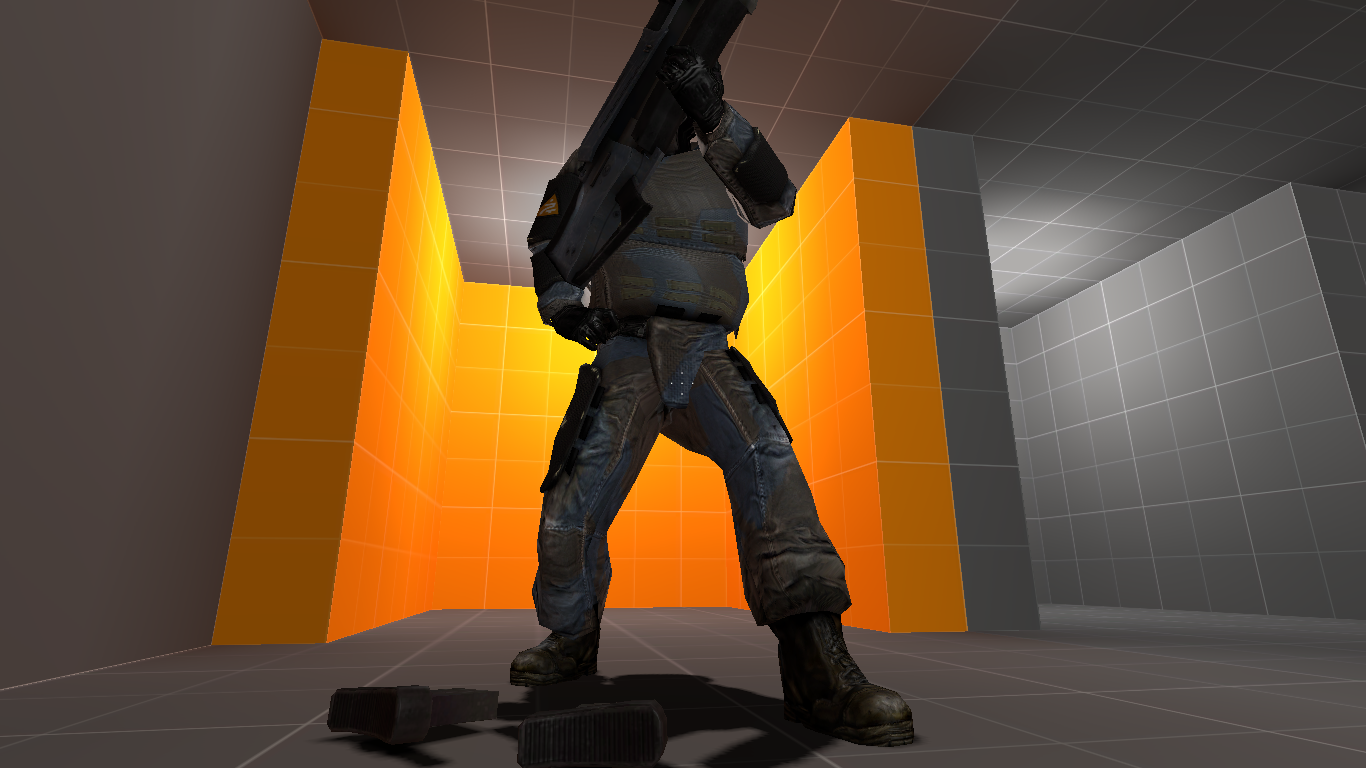 A video would've served better, but we'll serve one up later. What you're seeing here is something that was already implemented into CS:GO. This would be dynamic Magazine Ejection. If you're don't know what that is, let me explain. If a weapon has a magazine, we can then set it up to do this and once it's done, after an enemy reload, the magazine will fall onto the floor as a separate model. The model spawns in after a certain point in the animation, so you wouldn't notice anything that would "ruin" the experience. The model disappears after a while, as well, to save on performance, of course. We also did get some aiming working for the Combine Snipers. Well, sorta. 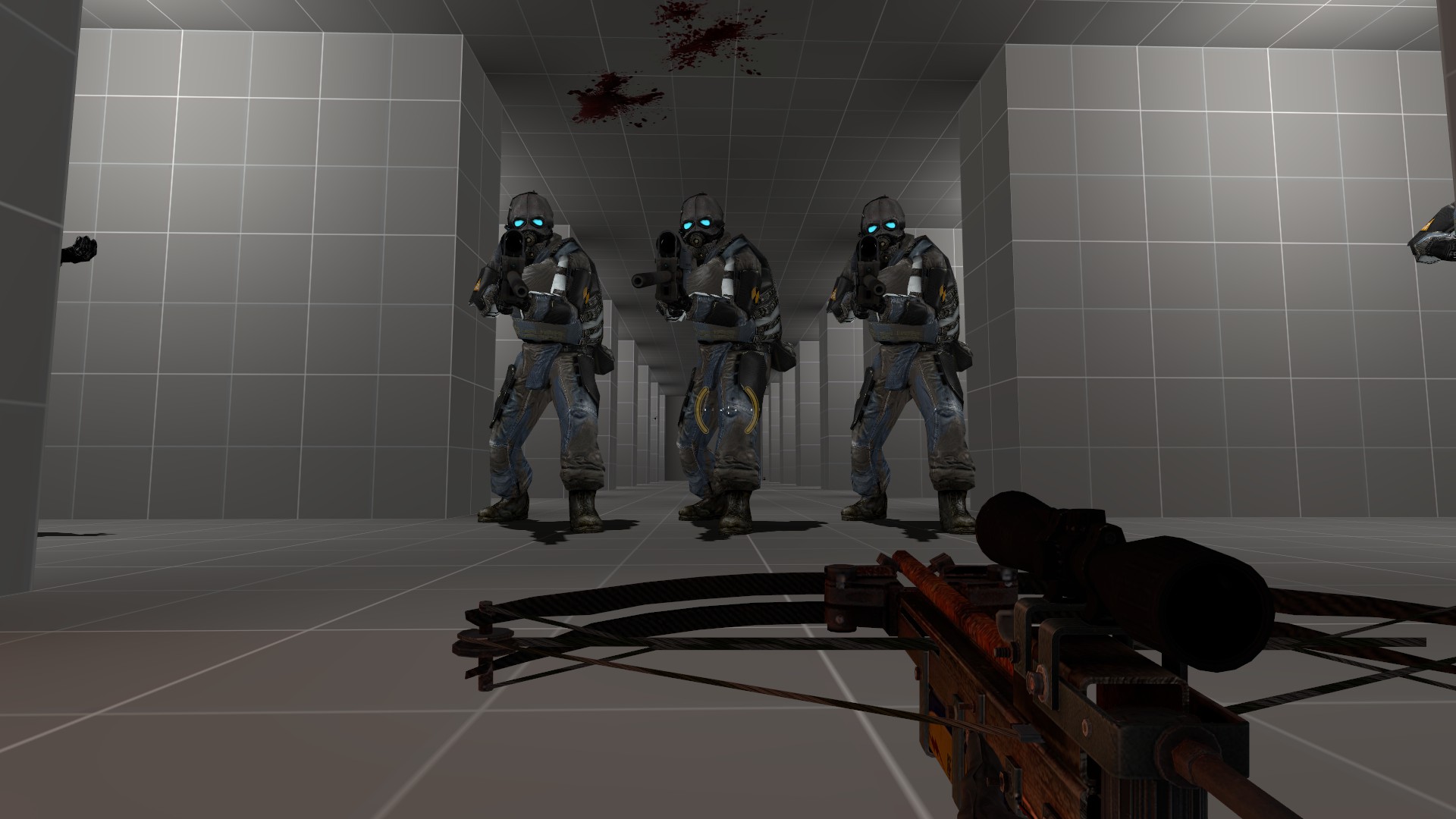 Alright, we have a very early sculpt of the Overnome and that is pretty much the only model we can show you right now, while we work on more, so, here you go. 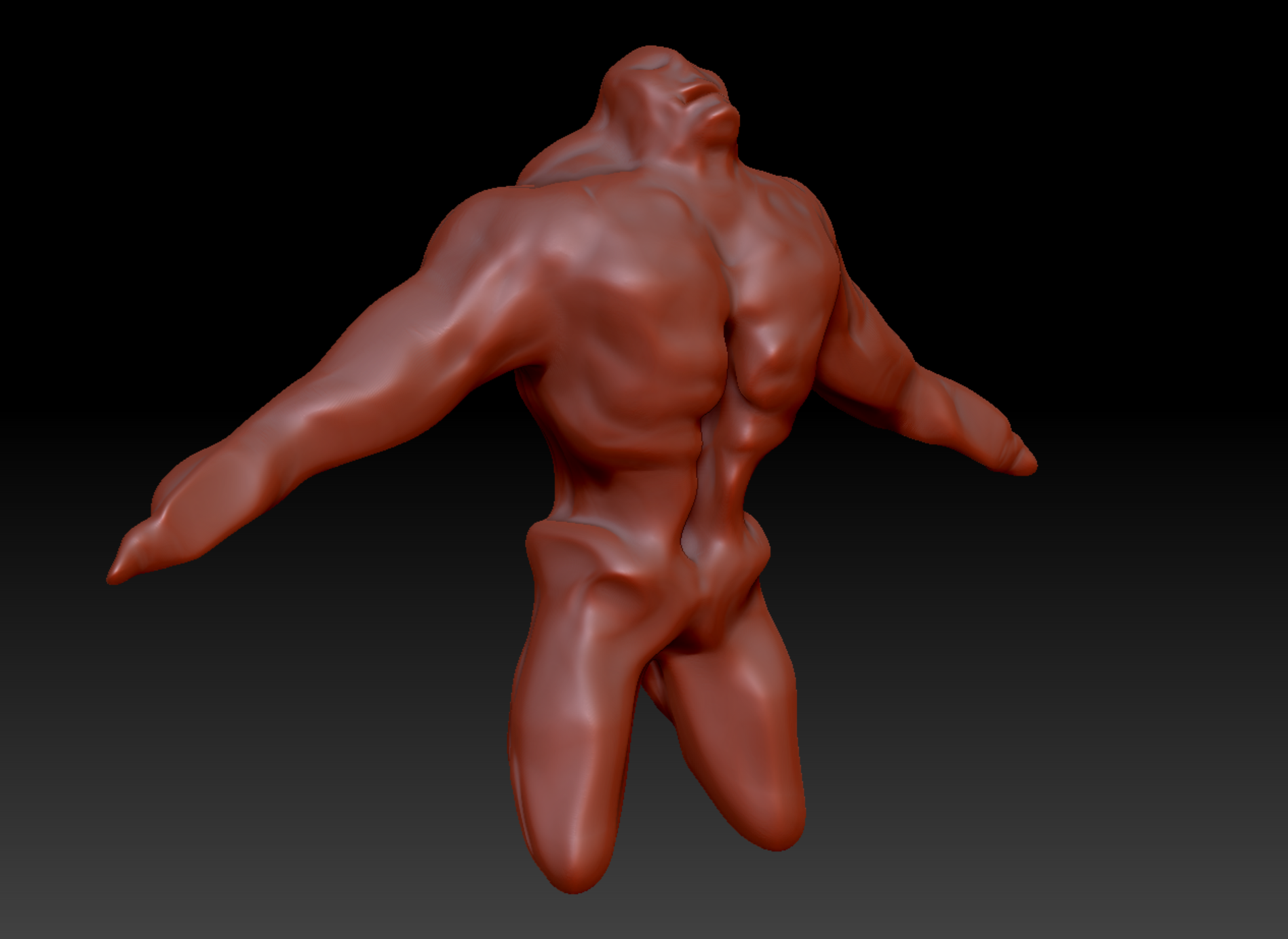 As you can see, it's in dire need of a wheelchair, or just proper arms and legs. Jokes aside, getting the whole anatomy and body down is a tough task, so it's not bad that it looks like this. Every model has to start somewhere.

Alright, I believe that's it for now. I leave you with one parting gift. An image. 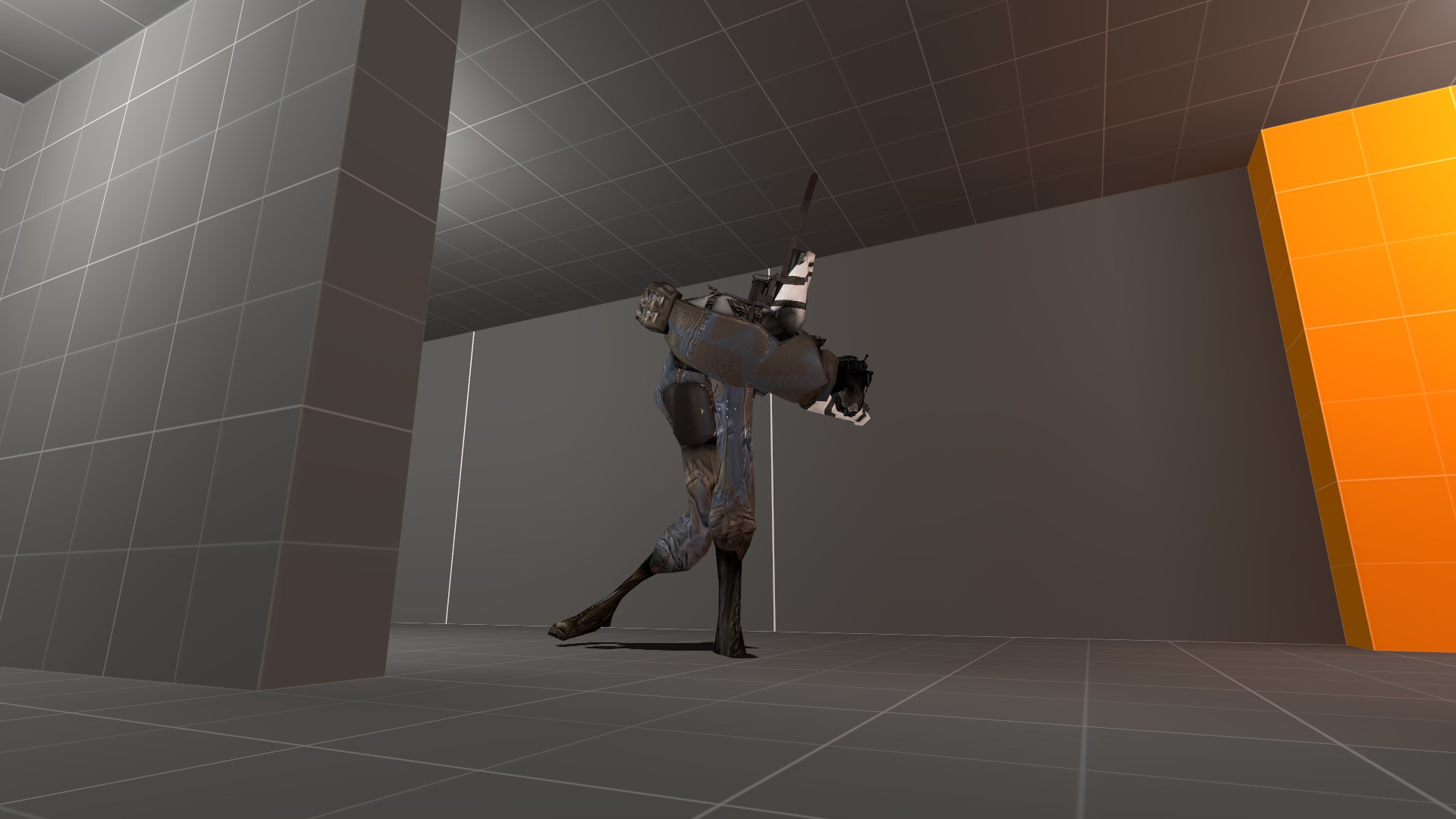 This happened during our initial testing of the Magazine Ejection. Its since the been fixed, of course. Just thought I'd share some developer shenanigans.

We should have more content to show very soon. I'm sorry we haven't been active in the months, but we're working on it. I just wanted to say that.

Now, that's all. Stay tuned for more updates in the future.

Glad to see you alive, guys. You've made some pretty good work! Now, I have 2 questions: will the Sniper always crouch when shooting at a long range target? And will his textures simply be enhanced or he will have a different camo ?

At a Long Range target, yes, it will crouch and will not move until it needs to, such as if the player decides to get closer to kill it. For the Sniper model, we plan on some new features for it to make it feel more like a Sniper.

Any new updates? Please show some new stuff :) Thanks!

Looking good. The animations are definitely coming along, but as you said, they need some polish. I'm not sure if I like the indicator, I enjoy sitting about being puzzled for a few minutes before figuring something out. Needing to take time to think through things really help it feel more natural and gratifying in the end. I guess I will see in the end if they are really needed or not.

All of this looks amazing to me except the instructor. In my opinion, one of the things that make Half-Life games so great is not having to rely on cutscenes or immersion-breaking UI hints to allow the player to progress. I believe that if you aren't able to decently convey what the player needs to do without relying on hints, then that is poor level design. I wouldn't mind the instructor being in the game as long as it toggle-able it and possibly disabled by default as well. Perhaps you could press a "hint" button to show instructor hints for around 5-10 seconds in the event that the player gets stuck. Again, I'm not trying to sound rude. This is just my opinion. As I mentioned, everything else looks phenomenal!