What are our impressions after it? – “Hooooly sh**! That was awesome!” The press loved the game, the players loved the game, and we love both the press and the players! “I Hate Running Backwards” was a success, at least in the terms of the feedback we got, the coverage in the press after the show ended and the awards that we won.

THERE’S A FIRST TIME FOR EVERYTHING

And wouldn’t you know it…it was our first time at Gamescom. Being part of a show that is as big as Gamescom is pretty overwhelming. The amount of people that visit the show, the exhibitors and members of the press is just astonishing. It’s been a while now since Gamescom 2017 finished, but we can say that we are still under the impressions from exhibiting at the show.

What are our impressions after it? – “Hooooly sh**! That was awesome!”
The press loved the game, the players loved the game, and we love both the press and the players! “I Hate Running Backwards” was a success, at least in the terms of the feedback we got, the coverage in the press after the show ended and the awards that we won.

We were present on both the business and public halls of Gamescom!

Being a part of the Croteam Incubator initiative, we were present at the Indie Arena Booth in Hall 10.1 where Croteam reserved a spot for us along with the other studios from the Incubator.

But there are also some other news: Devolver Digital are officially the publishers of the game!

And with Devolver as the publishers we were also present at the their booth. And that’s where we got to present the game to a lot of the media that were at the show. We already heard back from some of them and they expressed their excitement over the project and that they will closely follow the development process of the game.

A BIG THANK YOU!

We had a chance to showcase the game in front of a wider audience which is something that we last did at Reboot InfoGamer 2016 in Zagreb, at least when we’re talking about a larger public. Plus we gathered a bunch of e-mails from players that were more than interested to get the game once it is released, as well as players that were interested of doing beta testing before the game goes live. And there were people returning each day just to play another session of IHRB and some even saying that it was the best game they played on Gamescom 2017! You can only imagine what that means to us and how excited that gets us!
We would like to use this opportunity to send out a massive THANK YOU to all the players and to all the members of the press that visited us at Gamescom and played “I Hate Running Backwards”. Your feedback and reactions to the game is a driving force that will keep us moving forward in development and we would like to nurture that relationship.

We strongly encourage everyone to communicate with us and other players interested in IHRB through our Steam Page, that went live yesterday!

Yes it is! You can add the game to your wishlist and get the latest news regarding the development of the game there as well. Tell your friends, tell your neighbors, tell your girlfriend, your boyfriend, grandfather and grandmother! Tell your brother, your sister and your mama too!

You get the picture ;)

AND THE WINNER IS…

…well, we are! One of the winners that is. Can you see our ego rising?
Here’s the thing: There are usually a bunch of media outlets present at Gamescom and one of the media that were present at the show decided to give their “Best Indie Game of Gamescom” award to our game – I Hate Running Backwards! So we would like to use this chance to say a big THANK YOU to the people of GameGeekz.eu for giving us the honor of being their preferred indie game of the show. This means the world to us and lets us know that we are on the good way to create something really special and fun for everyone! 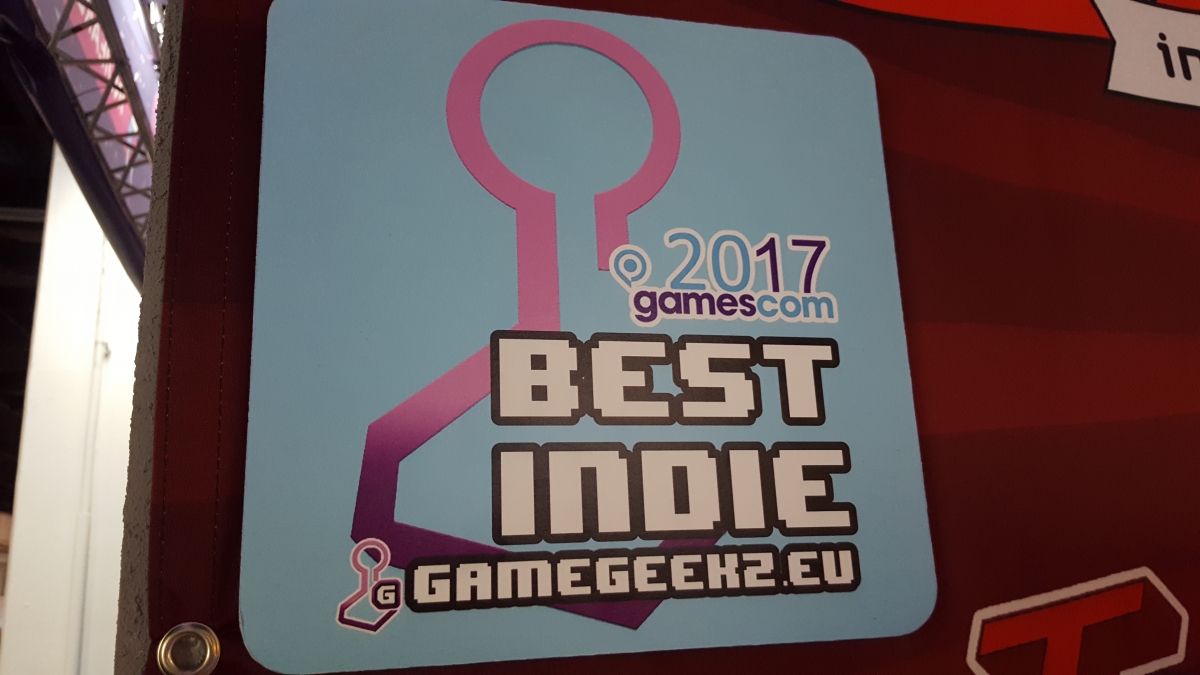 WHAT HAVE YOU BEEN UP TO?

Well, we have been all Rihanna like and just work, work, work, work, work!
We made the in-game UI a bit more cartoony, animated the icons when the players fire their weapons, added control hints so players never lose track of the control scheme.
The Aztec Jungle level has been completely re-textured, along with the Scorpion King and Scrap Jack. We still need to do the same with Lava Golem and Biomechanoid bosses.
We also added a cool looking slow-mo effect on player death so that the other player will know when he/she is left alone for the next 99 meters.
Oh and since the game is very difficult at the moment, we made the game a little easier, at least for the first loop. But don’t expect to survive for too long on your first run ;)
The work on the last Greek-ish looking environment is being worked on, along with the huge-ass final boss that is going to make you bleed. A lot.

There is still a lot more that is being done and we will report on that soon!