Skyfire has come a bit further over the past few weeks. I'm continuing to tweak the mission system and adding new mission elements to the game. The majority of the time has been working on mission conditions, triggers, and other stuff related to those points. For instance, when a ship is destroyed or damaged severely, they may call in reinforcements or trigger another scenario from within a mission.

Skyfire has come a bit further over the past few weeks. I'm continuing to tweak the mission system and adding new mission elements to the game. The majority of the time has been working on mission conditions, triggers, and other stuff related to those points. For instance, when a ship is destroyed or damaged severely, they may call in reinforcements or trigger another scenario from within a mission.

In previous versions of the game, finding your non-targeted foes was a bit of a pain against the blackness of space. In order to address this, all visible ships in the mission will now be decorated with a potential target circle; color based on the faction they currently represent. 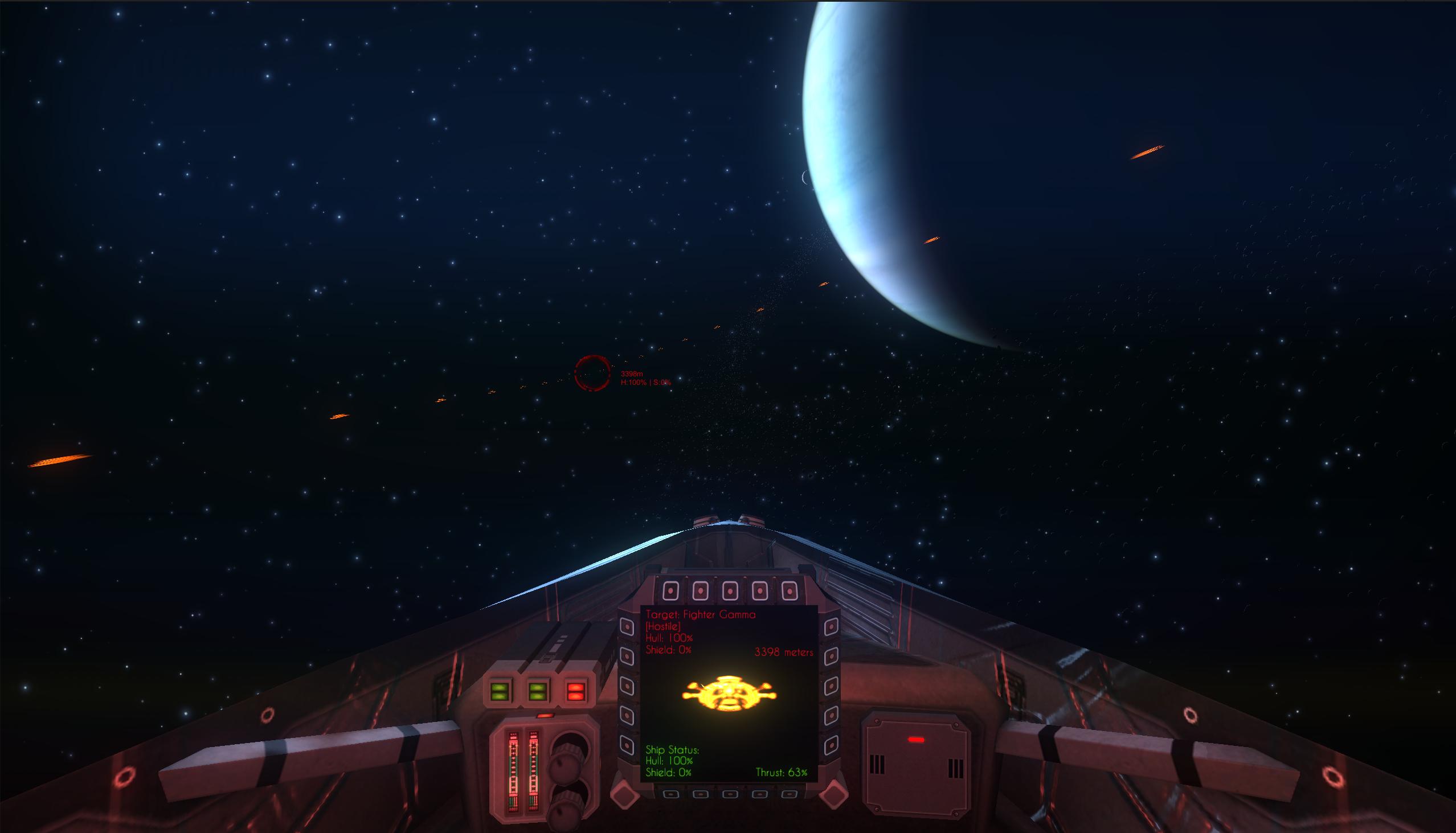 This hopefully makes your job easier. Also, mission objectives will be marked with special indicators upon inspection ( flying within 100 meters of the ship ). This will let you keep track of those pesky mission critical craft if they go out of sight.

The cockpit size has been reduced, giving you much more space visible. I had received several messages saying it was previously taking up 1/3 of the total screen. Hopefully now it will provide FOV. The camera FOV has also been increased. 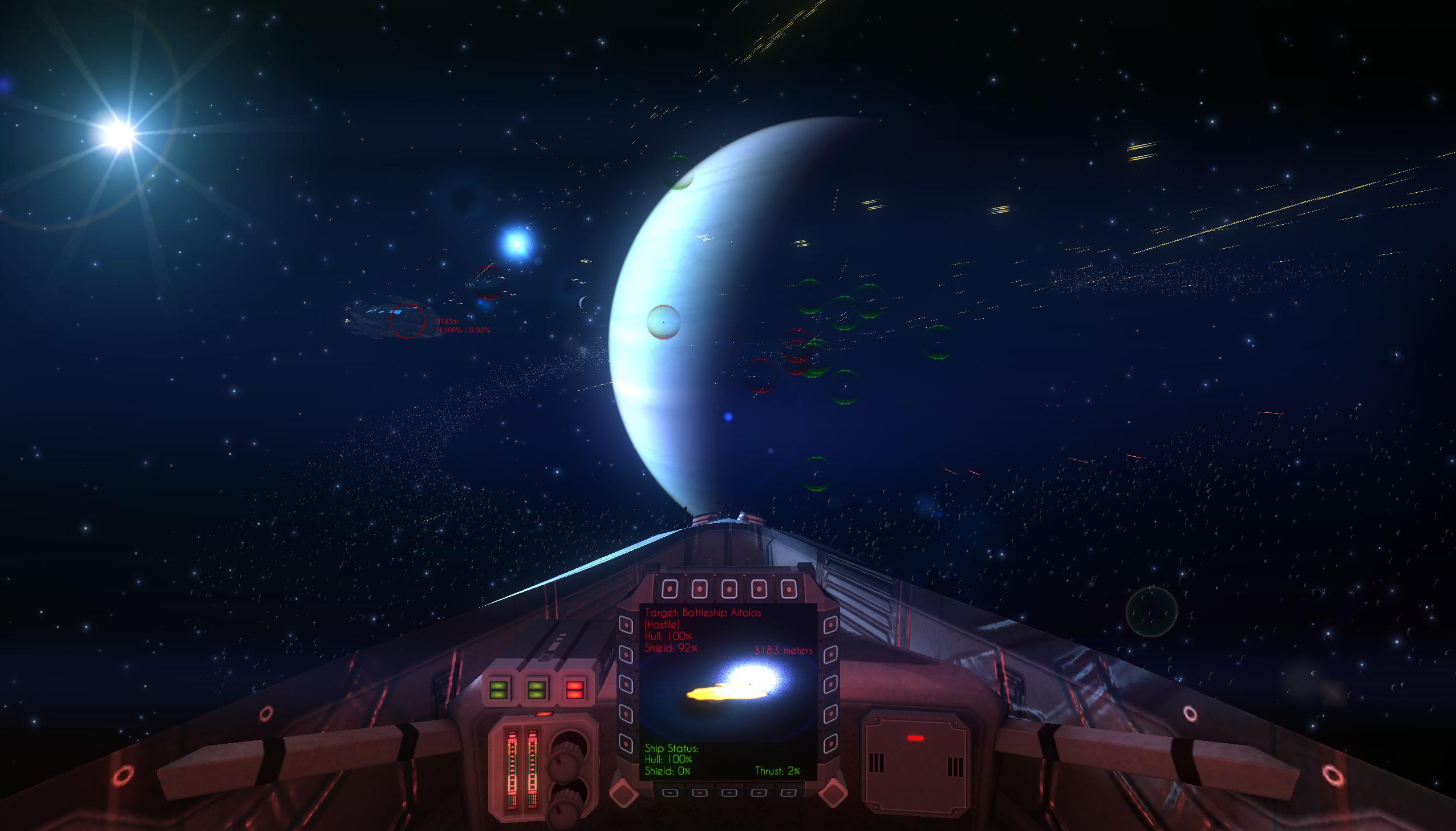 We have missiles now! Currently only the AI has them, as you can see in the image above ( the large blue flare coming from the cruiser ). These bad boys deliver a whopping to whatever they hit, and are guided. The plan is to have several different varieties. A lower power faster "air-to-air" for fighters and other small ships, a large slow torpedo capable of decimating larger ships, and an "area effect" EMP which will disable shields and other power systems. Although, there may be some "experimental" varieties coming via missions that will prove most useful. 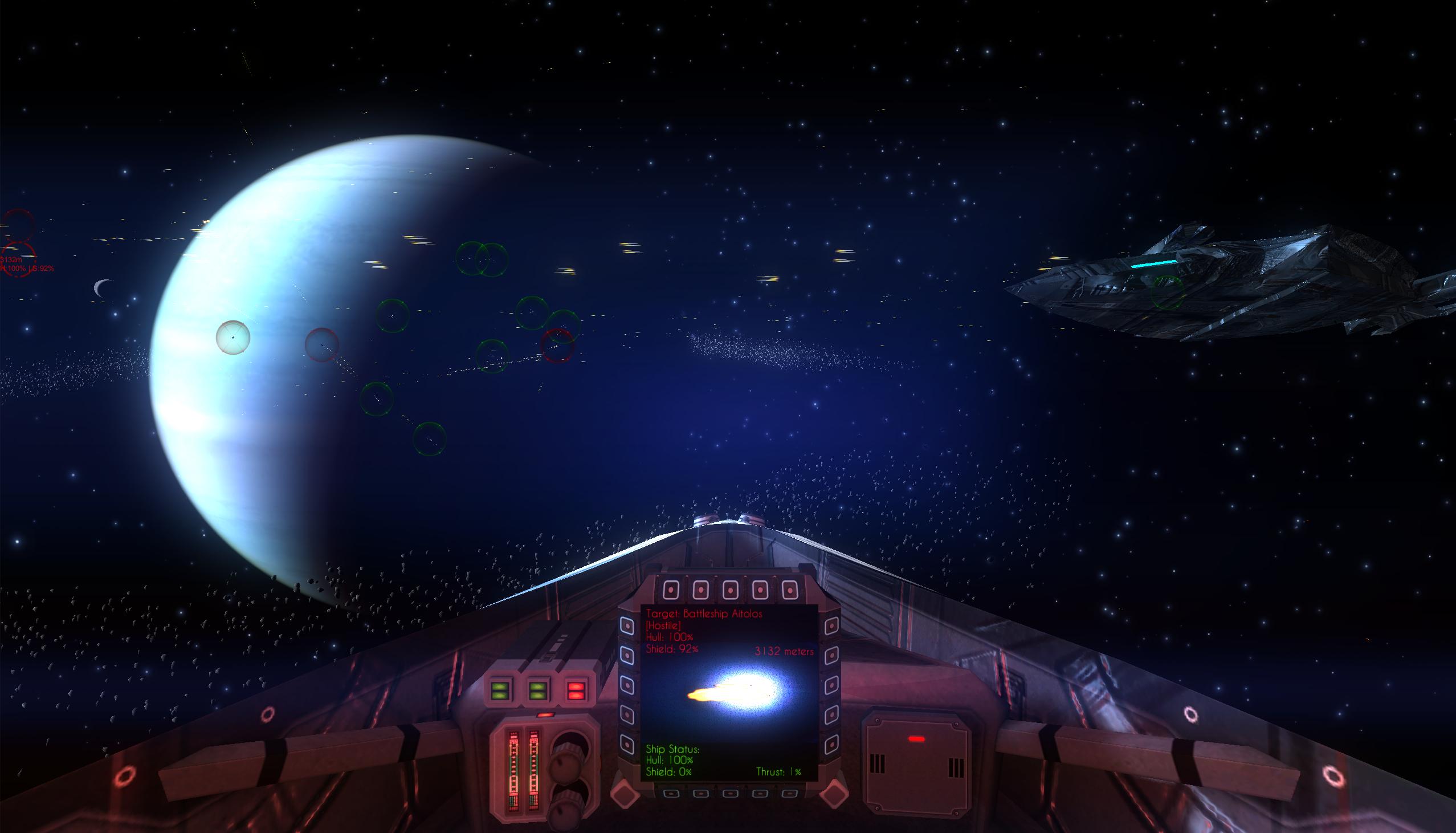 You will also notice that the currently selected target now has more information next to it's indicator. It's status and distance from your position. This was to help alleviate the need to keep glancing down to the target screen for basic info. 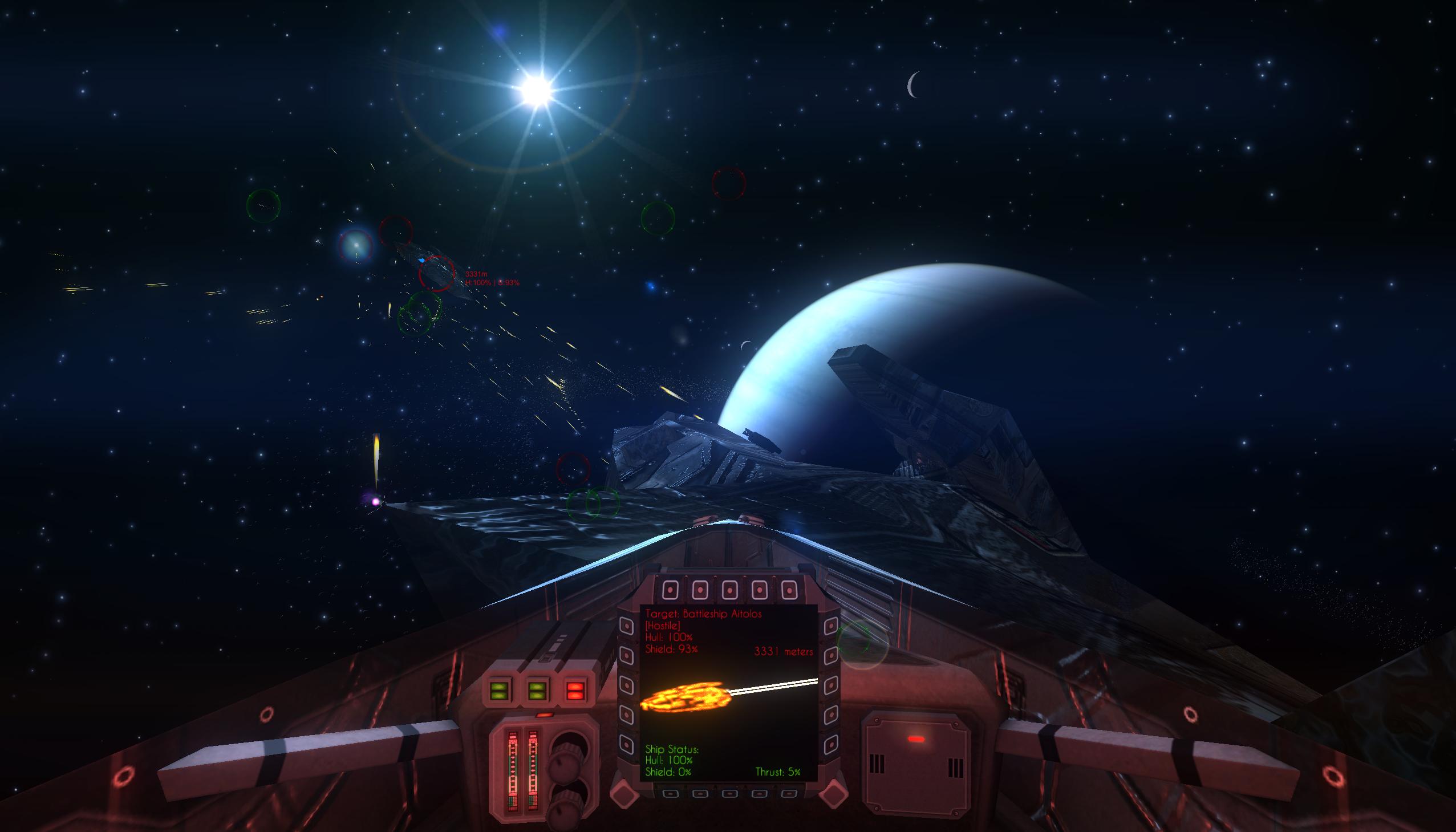 As mentioned above, I've added several different mission triggers and event types to the game. In the mission pictured from these screen shots, you are directed via horrible developer voice acting, to destroy a few scout ships in this system. Once these three ships are destroyed, it triggers a warp in event for "reinforcements." This trigger and response system is quite powerful, as it can read a variety of information about the mission and any vehicles or entities in the mission, and decide what action to take afterwards. I'm stoked about the possibilities.

I would eventually like to move all of the missions out of the game assets themselves and create a system in which players can create their own missions. It's a goal of mine to allow the community to create awesome content, use custom models, and make their own story using the game engine itself. If you would interested in this, let me know in the comments section!

Thanks for your continued support of Skyfire

It's been a blast working on this game, and even though it is taking longer than I estimated, I'm confident I can create a cool product for you guys to play.

indeed awesome. The look is really clean, what is nice.

Thanks for the kind words guys!