Anshar Studios is proud to announce that they are a recipient of an Epic MegaGrant from Epic Games.

Posted by wojdylakrzysztof on Apr 28th, 2021

Anshar Studios is proud to announce that they are a recipient of an Epic MegaGrant from Epic Games. 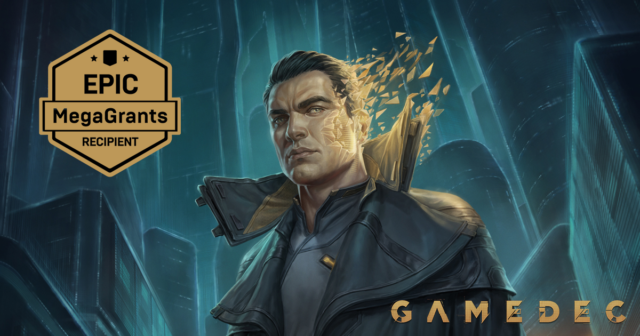 The MegaGrant will provide the necessary resources to polish the gameplay experience of Gamedec, Anshar’s upcoming single-player cyberpunk isometric RPG, ahead of its release on

The support will also be utilized to improve Gamedec’s visuals, and will allow the studio to develop new custom content-creation tools in Unreal Engine to quickly generate in-game events, dialogue, and characters.

"Receiving an Epic MegaGrant from Epic Games is the culmination of many years of our work with Unreal Engine,” said Grzegorz Dymek, COO of Anshar Studios. “We are honored that such a prestigious company has recognized the effort to make the Gamedec game look great and run smoothly."