Over the past three weeks, I got a lot of feedback from that helped me a lot to improve the game. I want to thank everyone who sent me an e-mail for their feedback and I want to encourage any players to send me (more) feedback. The reason for this semi-public beta phase is to get feedback and to make the game better with your ideas.

There will be another update before the game's release in May! Starting next week, I will give you detailed previews of the next major content update!

Below you will find a summary of the changes that went live with today's update.

On the left side of the screen, you have a list of all your crew members. As suggested by you, there are two new features. An icon will be shown for each character indicating the character's current action including healing, repairing, resurrecting, etc. In addition, double-clicking on a crew member's status panel will open the crew overview to check and alter the crew member's skills and equipment! 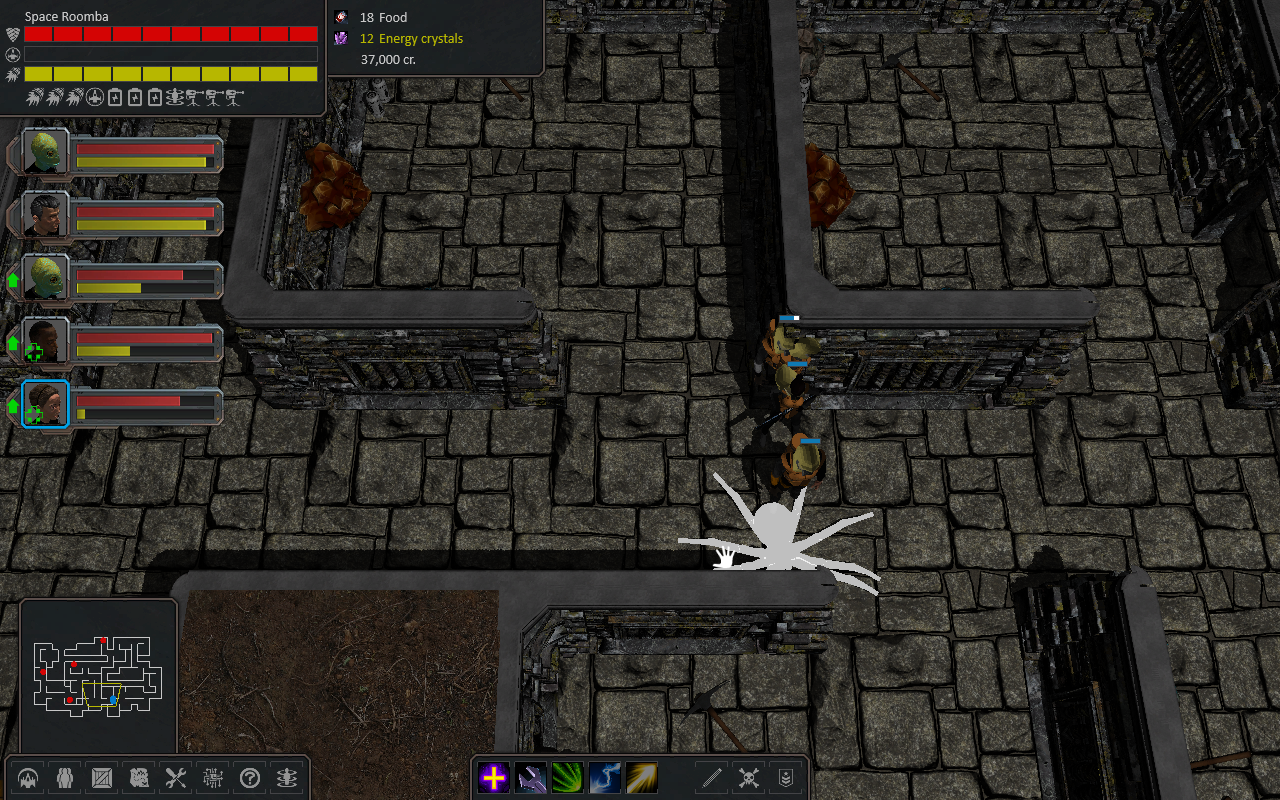 Multiple players requested a way to see how far away their missions are. This would help to prioritize missions and to get an overview how expensive it would be to travel to a place. With today's update, the distance to the mission target will be displayed in the mission panel on the right side of the screen. 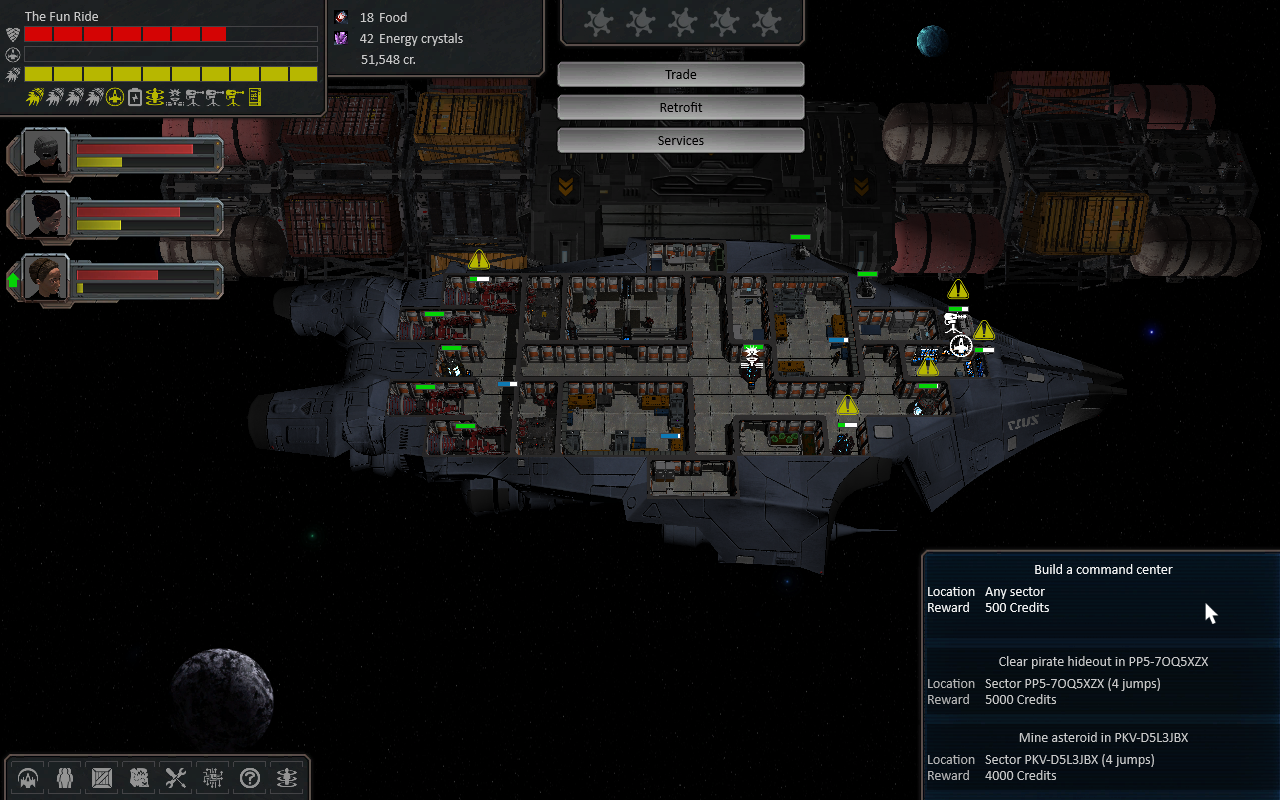 I got some feedback regarding the creation of new games and starting with today's update, you can remove added bonus cards. Also, you can see the description for any locked card instead of just a face-down card. Finally, the vertical orientation of stored captains was fixed (minor visual bug). 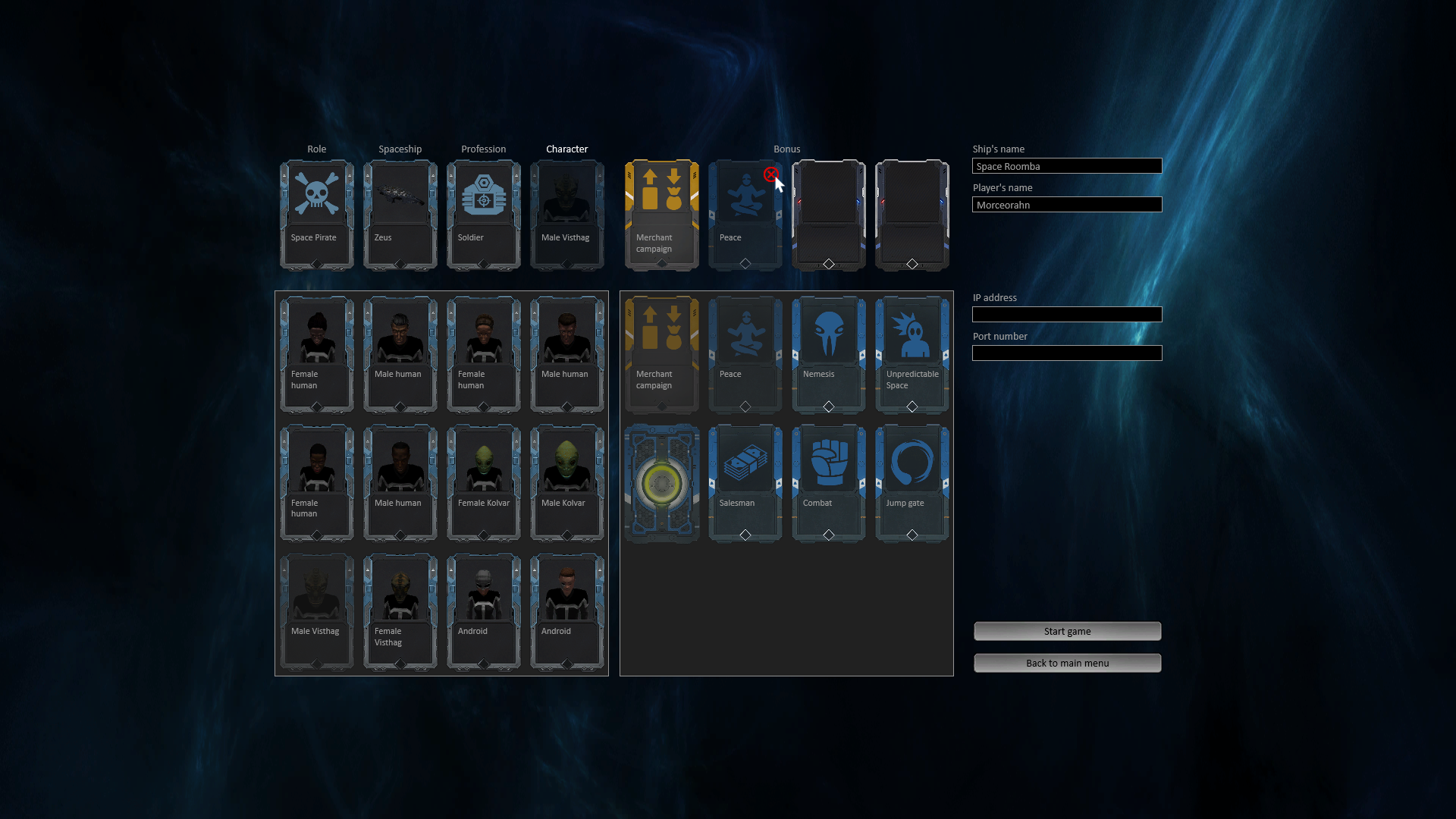 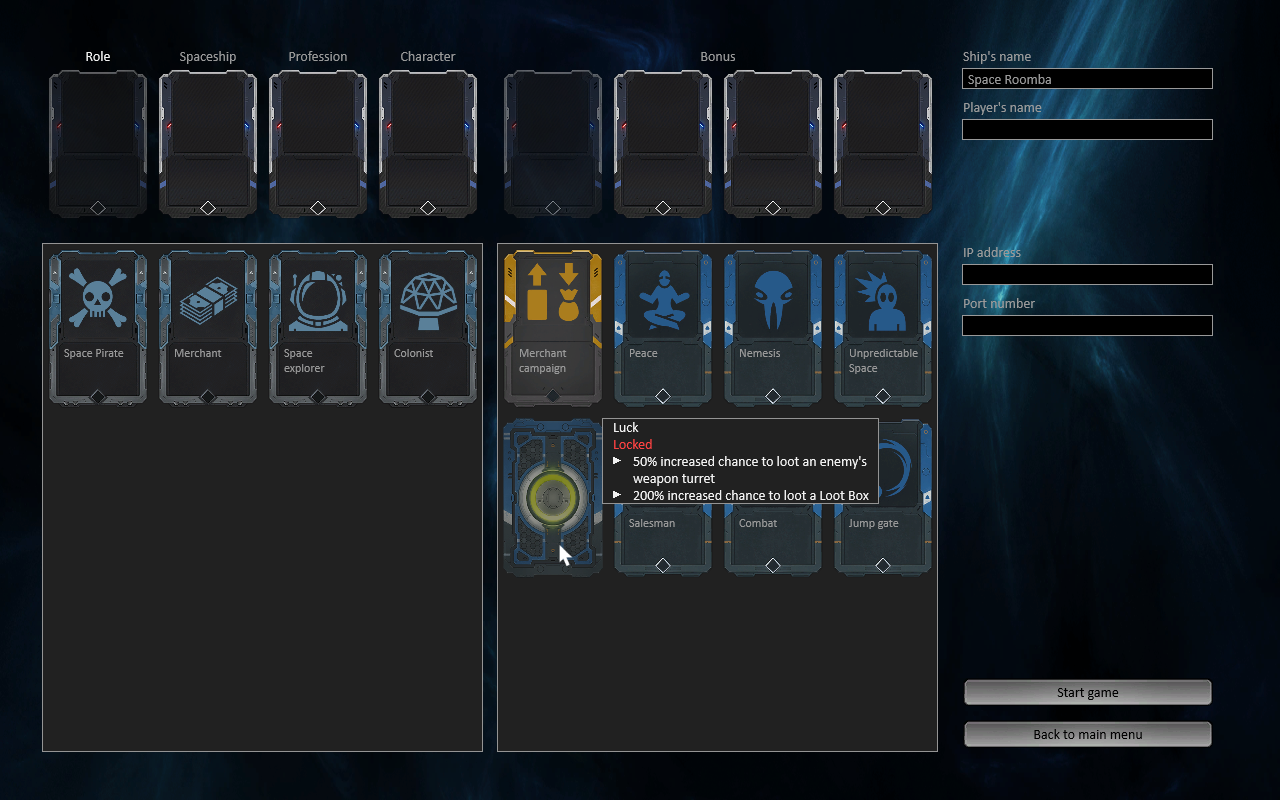 Tool-tips have been added at any place that was requested by you, including the ship equipment's icons. 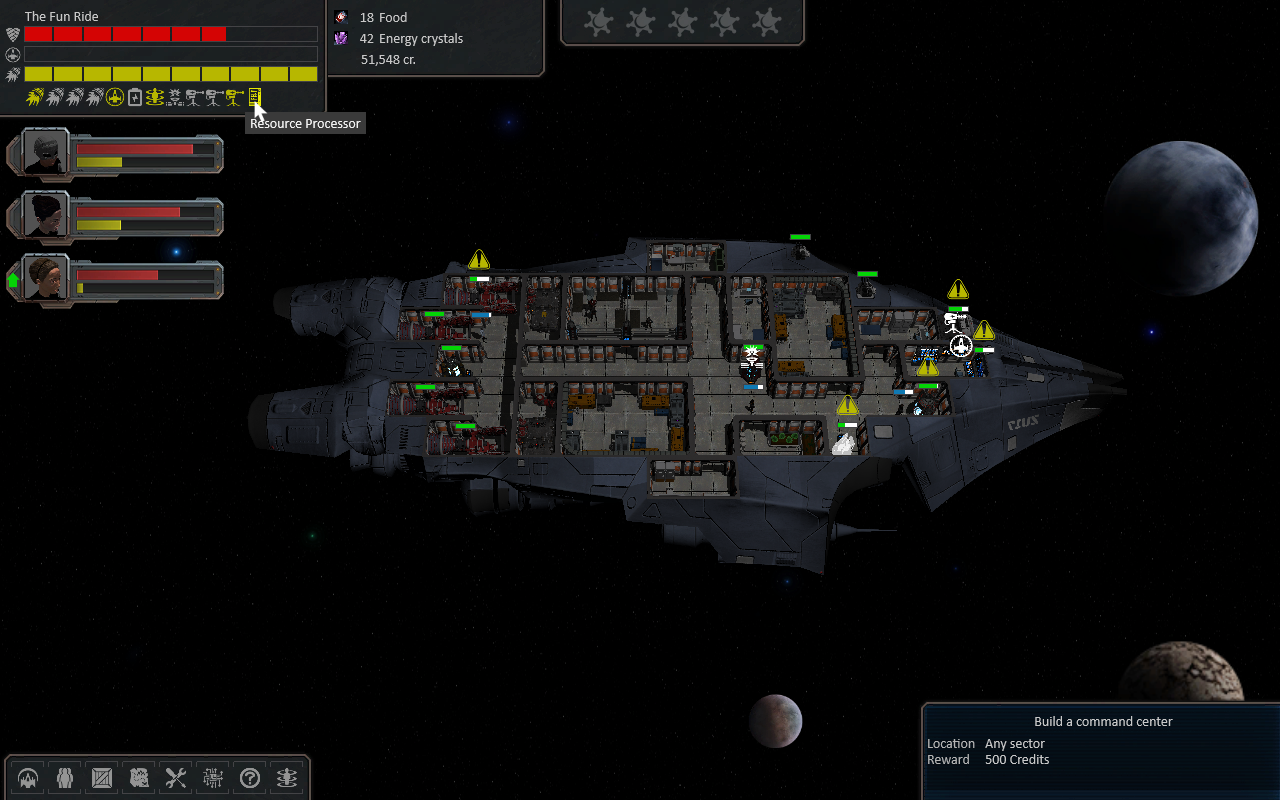