Since Steam will take a long time to finish reviewing my game, before it can go live there, and since the demo is finished, I don't see a reason for not releasing it, so you all can enjoy this new demo and have a sneak peek of what awaits you on the full game, which is coming, finally, in December 2021. 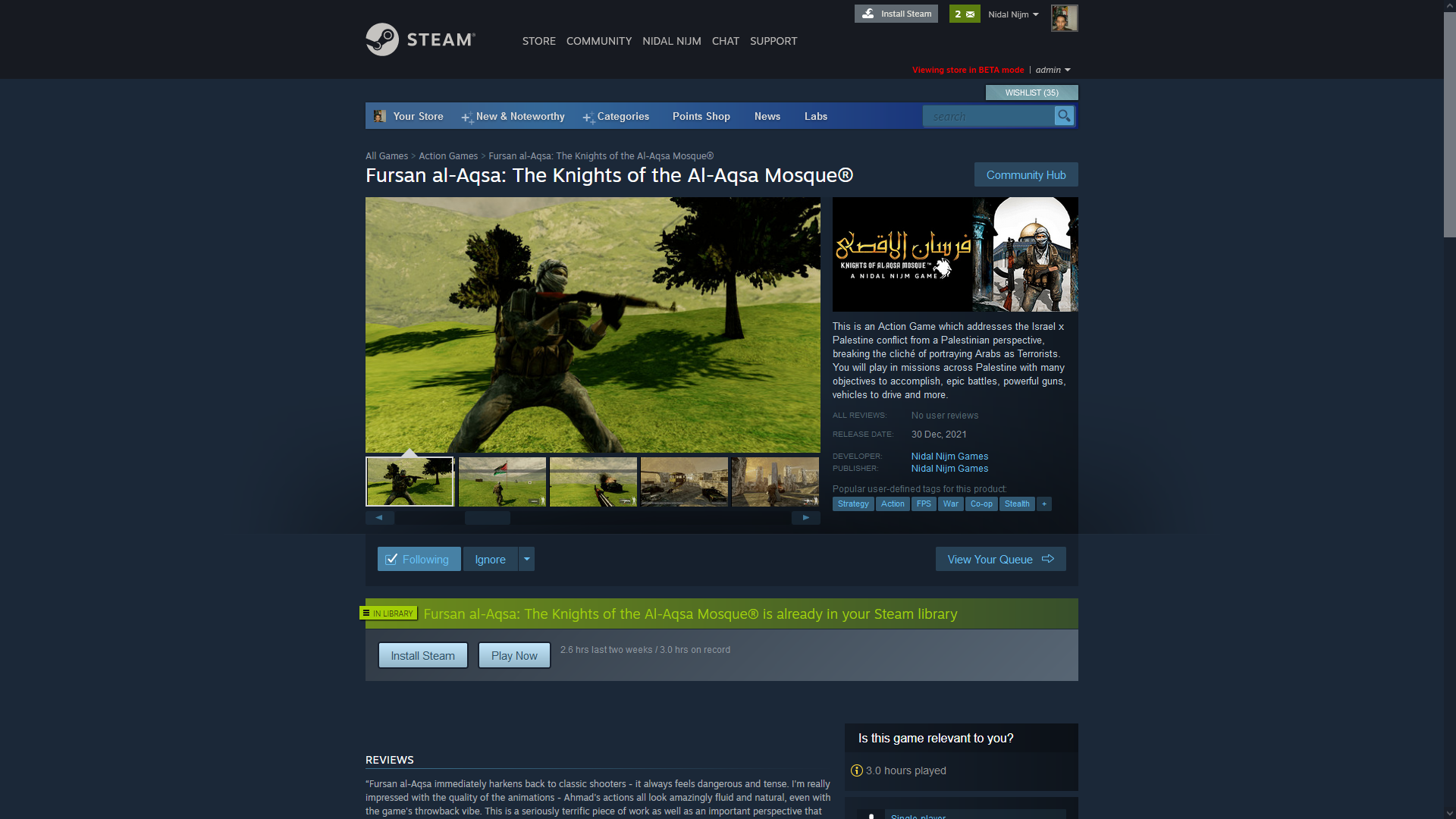 Since Steam will take a long time to finish reviewing my game, before it can go live there, and since the demo is finished, I don't see a reason for not releasing it, so you all can enjoy this new demo and have a sneak peek of what awaits you on the full game, which is coming, finally, in December 2021.

This demo can be downloaded from itch.io, Game Jolt and IndieDB:

Nidal-nijm-games.itch.io (access this link using the itch.io desktop app and click on install to install the Windows version)

Gamejolt.com (the Windows version is a standalone installation)

Indiedb.com (the Windows version is a standalone installation)

IMPORTANT: FOR PS3/XBOX360 YOU MUST SET THE VIDEO RESOLUTION OUTPUT TO 480p 16:9 ON YOUR CONSOLES CONFIGURATIONS MENU (also set on your TV the image aspect ratio to 16:9) OTHERWISE THE GAME WILL CRASH!!!

Please download, play, leave a feedback and wishlist my game, as it helps me too much!

About the Demo:
This brand new and updated demo of Fursan al-Aqsa: The Knights of the Al-Aqsa Mosque® contains 3 Game Modes (Campaign, Challenges and Multiplayer), alongside 6 Maps, so you can all enjoy it and have a sneak peek of what awaits you on the full game, which is coming, finally, in December 2021.

In this demo, for the sake of making things easier for the players, all the missions are opened by default, but on the final game you need to accomplish the previous mission to be able to play the next mission of the Campaign. 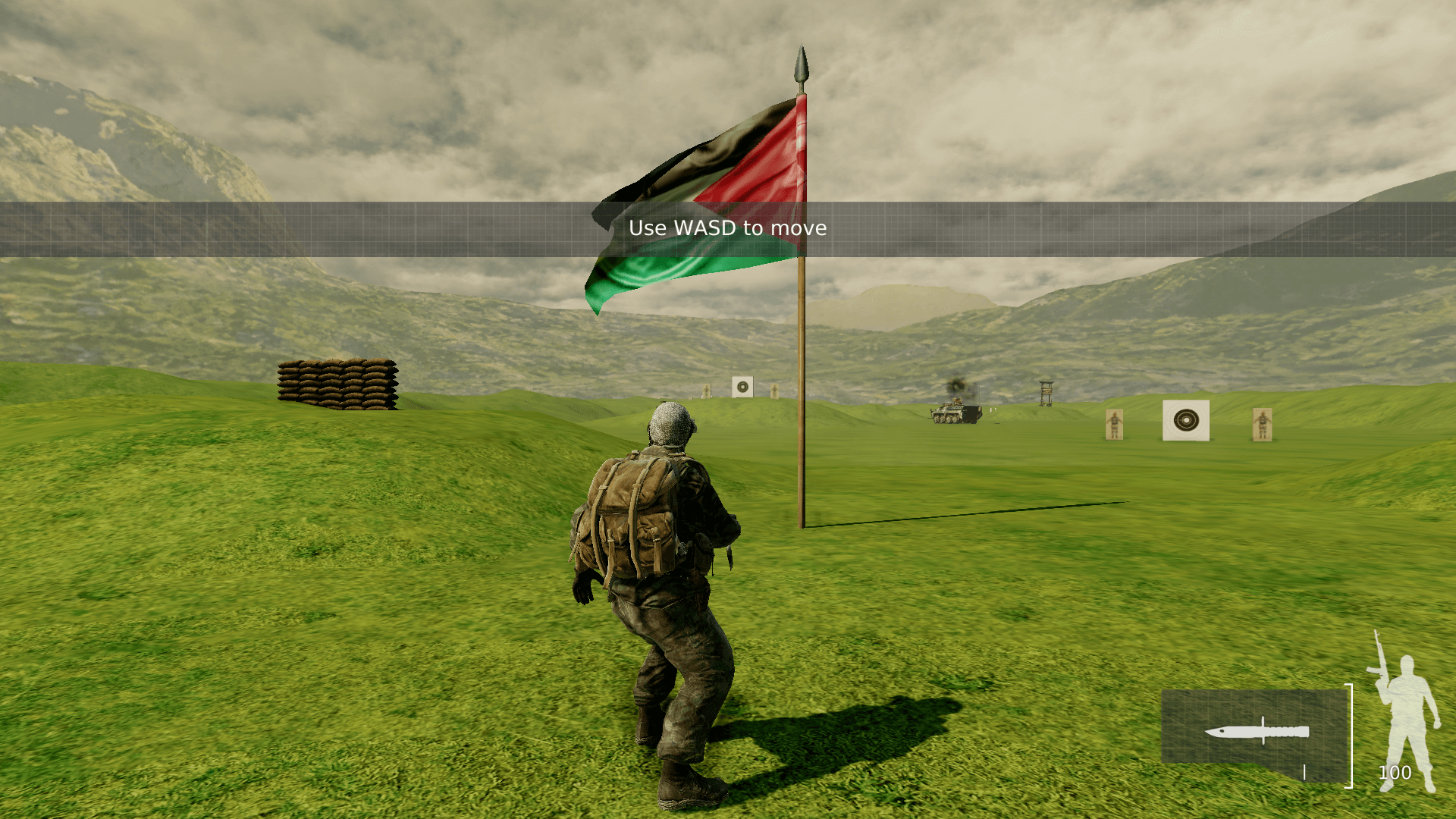 The first Campaign mission is basically a tutorial for players to understand the basic game mechanics, specially the Bullet Time, which I, personally love it, as I made it very similar to Max Payne. The second Campaign mission, is where the action begins. Retro shooters, specially Goldeneye 007 fans out there, will find too much similarities to the game, which ARE NOT MERELY COINCIDENTAL :D 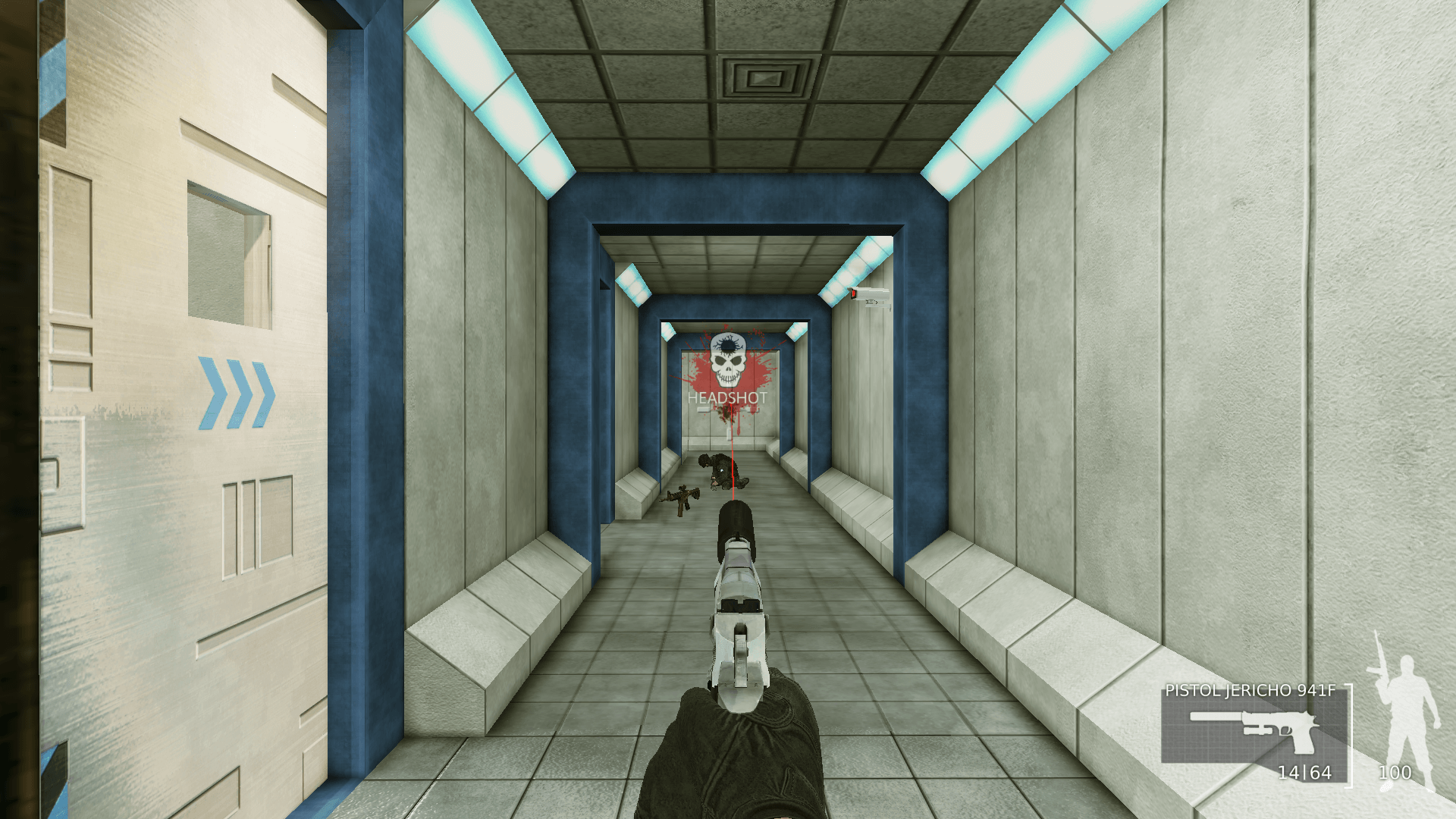 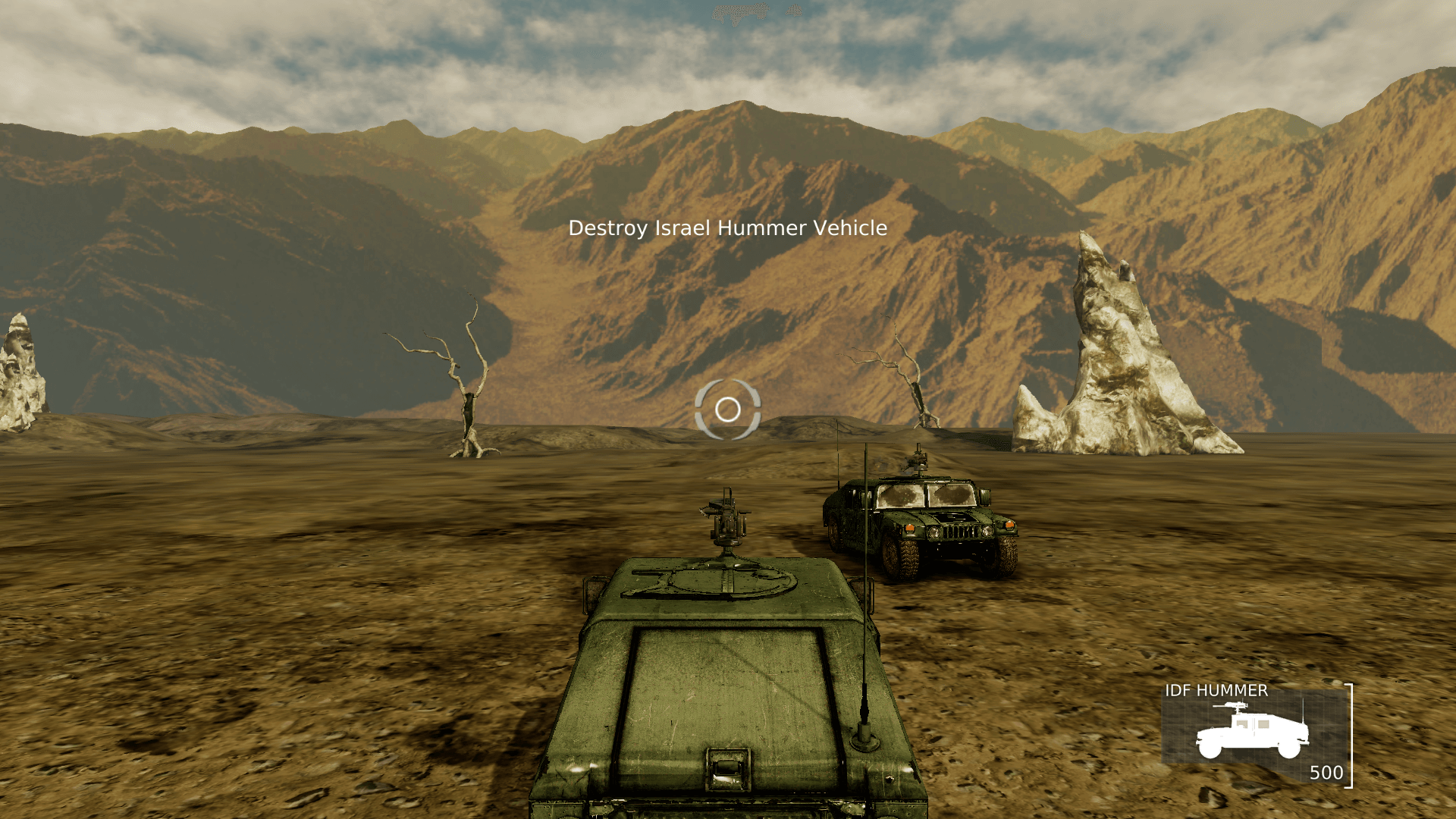 About the Multiplayer mode, this is something I am very proud of it, because I think it revives the Golden Era of Split-Screen Multiplayer! Due to technical limitations I won't be able to add Online Multiplayer support for Fursan al-Aqsa, so it will be Offline Multiplayer. 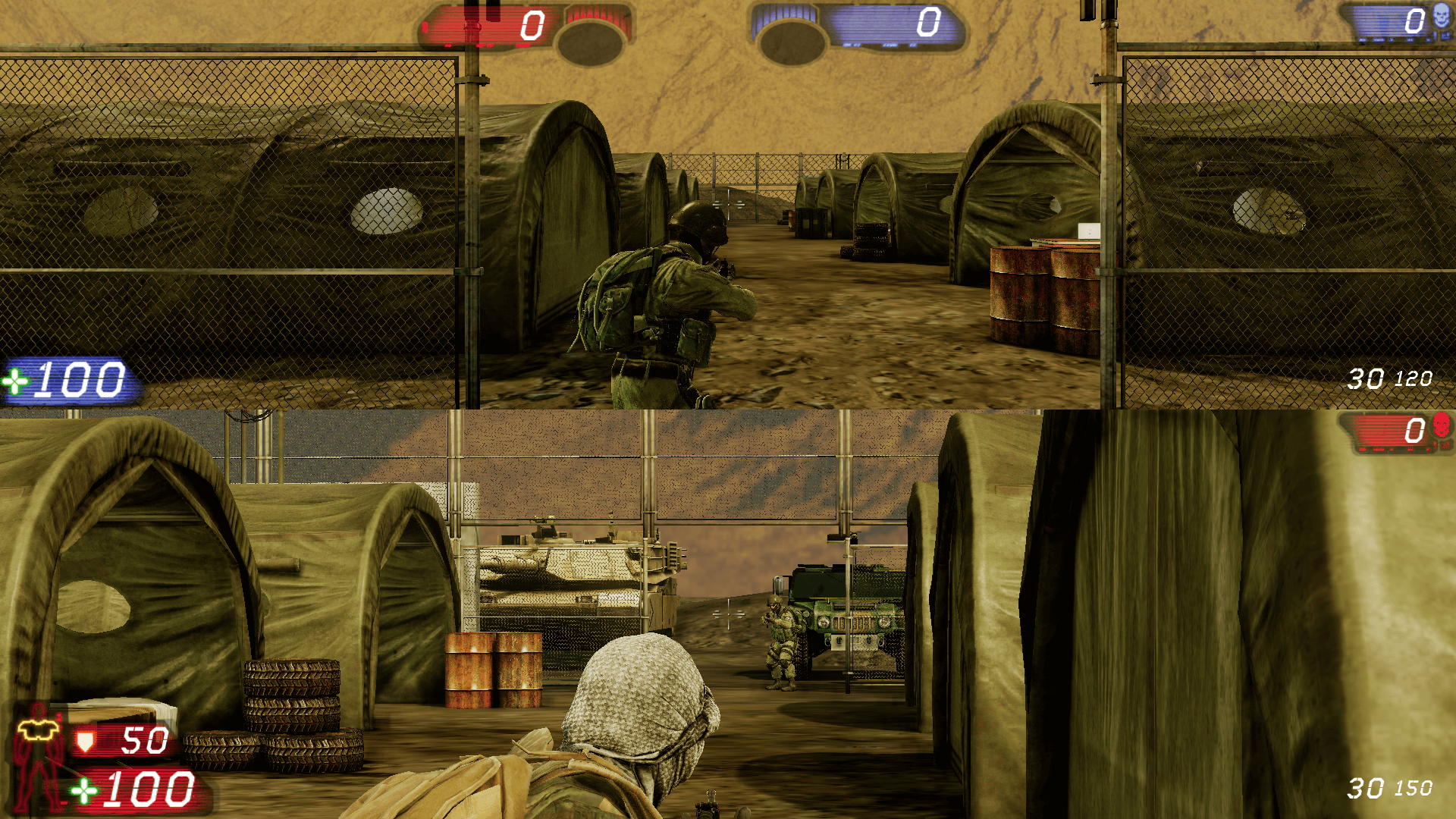 This Multiplayer mode makes more sense for the console version of Fursan al-Aqsa: The Knights of the Al-Aqsa Mosque®, but even the Steam version does support local multiplayer. However, you must have 2 Xbox360 USB Controllers connected to your PC, before starting the game. But ANY USB GAMEPAD will work if you use the Xbox 360 Controller Emulator, which can be downloaded for free from their official website (https://www.x360ce.com/).

By the way, I will release, in December, 9 Campaign Missions, with full Steam Achievements Support, and some Multiplayer Maps.

In the second FREE update for my game, I will release some new Campaign missions, alongside some new Challenges missions, all of them with FULL Steam Achievements support.

As these new updates will take a lot of time for making, so, after I finish these updates, I will still decide if I make more free updates, or some cheap paid DLC's for my game, with brand new content. I plan to make some new missions, real missions and battles which indeed did happen in Palestine, real missions from the Palestinian Resistance, not fictional missions like these I am making now.

After many years of intense work, dedication, too much love, passion and sleepless nights, finally, my journey with Fursan al-Aqsa is coming to it's peak.

It has been indeed a long life journey, which began, here, on this piece of paper, the first sketch I made for a game about Palestinian Resistance there in 2009, the game of my dreams, the game which, since childhood, I dreamed to make, and today, praise be to Allah, it is a reality. 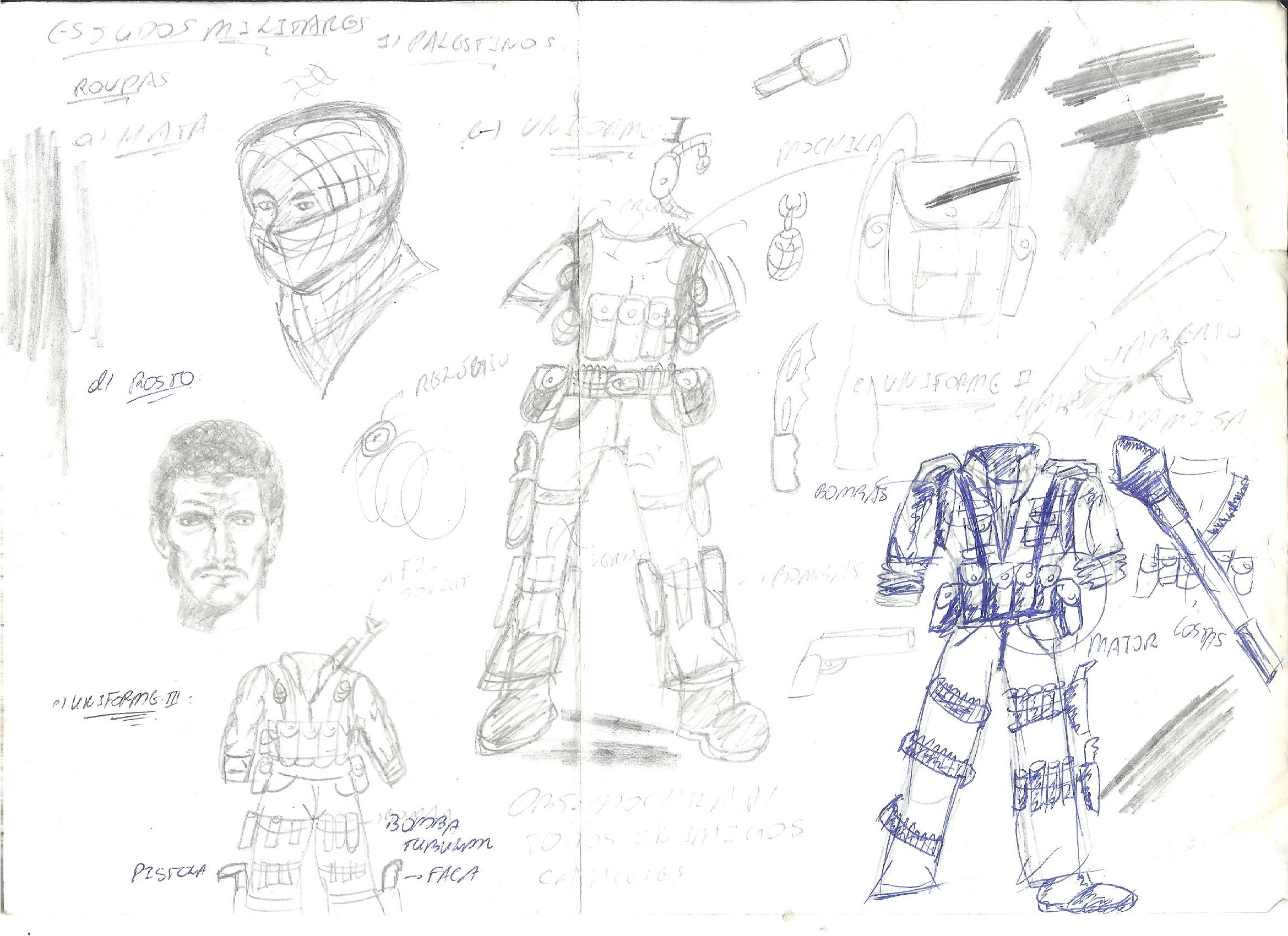 I confess it has been a very hard journey, full of ups and downs, I even thought on giving it up many times, but the palestinian blood in my veins told me that a true fighter never gives up. Also because the underlying message of my game is very important to be said in the Gaming World, that RESISTANCE IS NOT TERRORISM, as this breaks too many cliches, specially the cliche Arabs = Terrorists.

In this long journey I got to know many friends, from this site and many other places, and something I never imagined, is that my history with this game has been an inspiration for many other people, specially because of my other project, UDK Ultimate Engine, the homebrew port I made of Unreal Engine 3 to the 7th generation of Consoles, Playstation 3 and Xbox 360.

So here my dear friends, since now I am on the final phase of my game's development, I won't be too much active on these forums anymore, but I will still publish some new trailers I make for my game. My focus now will be finish these 9 Campaign missions to release my game now in December, Insha Allah.

Again, I thank you all guys and girls who are supporting me since the beginning of this project, and I thank the forum admins here to allow me to keep promoting my game here. This game now is HUGE thanks to this AMAZING COMMUNITY.

May Allah bless you all.

Assalamu Alaykum - May the peace be with you!