An update on the progress in developing V15.2 [BETA3] of FUEL: REFUELED. Discussion of the new revised challenges set for Offshore Shack and the changes made to the vehicle damage system.

I t's been a long month, but the next update is still being worked on. In this version are a hefty set of changes that have been requested by a lot of you, notably the revised challenges and the changed vehicle damage system. 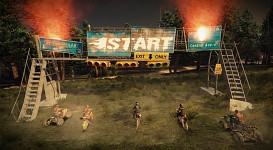 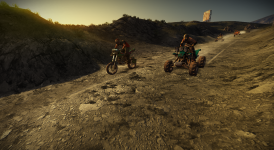 First up is the 'revised' challenges. If you haven't seen my ramblings on the subject over at the forum, then heres a brief run-through of what's being changed.

The point is to make challenges less restricting, less specific - improving on the open-world, freedom feeling. You'll be able to distinguish these from Career Races now... where as the Career races feature a ton of predefined variables, these new challenges take most of the information on conditions actively from the free-ride session. Such as the weather at the location of the race in free ride, will be matched in the actual race. The same can be said for time of day too.

The current line-up is as follows: 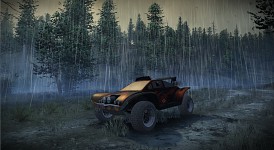 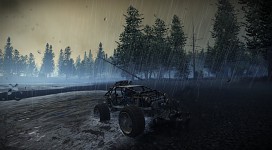 One of the most popular requested features was an invulnerability mode, this will be included, with various other options refined at a later date. Quite a few of the vehicles still need adjusting in terms of the new handling, more changes have been made in this release - but bare in mind this is still a 'BETA', with the point of this release being to iron out these kinds of bugs - so do report any you find. Any feedback you have on a specific vehicle is welcomed over at the forum, with over 75 vehicles, it takes a while for me to debug and get through them all personally so there will no doubt be bugs present.

I've done a bit more work on the interface, correcting a few graphics and such - but there is nothing major in this release. It should be noted that I've changed a few terms, such as 'Free Ride' is now 'Free Roam'... which made more sense and what most other titles use. I'll go though any other changes in the change-log upon release.

I expect to get this released at the very earliest in the last week of this month, but the changes being made do take considerable time.

What are the changes to the AI? Is it still faster than you at top speed?

Well I've made the AI a tad more competitive - firstly by changing the AI vehicle selection to something reasonable for each zone, i.e. only the slowest in offshore shack etc. This makes it so the differences in speed isn't as great between your vehicle and the AI vehicle. Secondly I've tweaked the distances to which the AI can fall behind / get ahead, at the moment I'm seeing AI vehicles group round the player at similar speed on these challenges... which is good, but I've not run every combination yet. Its still not perfect, but its definitely improved - you can actually have a decent race with the AI on these challenges.

I'm glad to see that someone is modding this game.