For this latest edition of Frontline News we wanted to give the stage to our recently revealed Austro-Hungarian soldier, and showcase some of the details of his equipment and weaponry we’ve been working on. 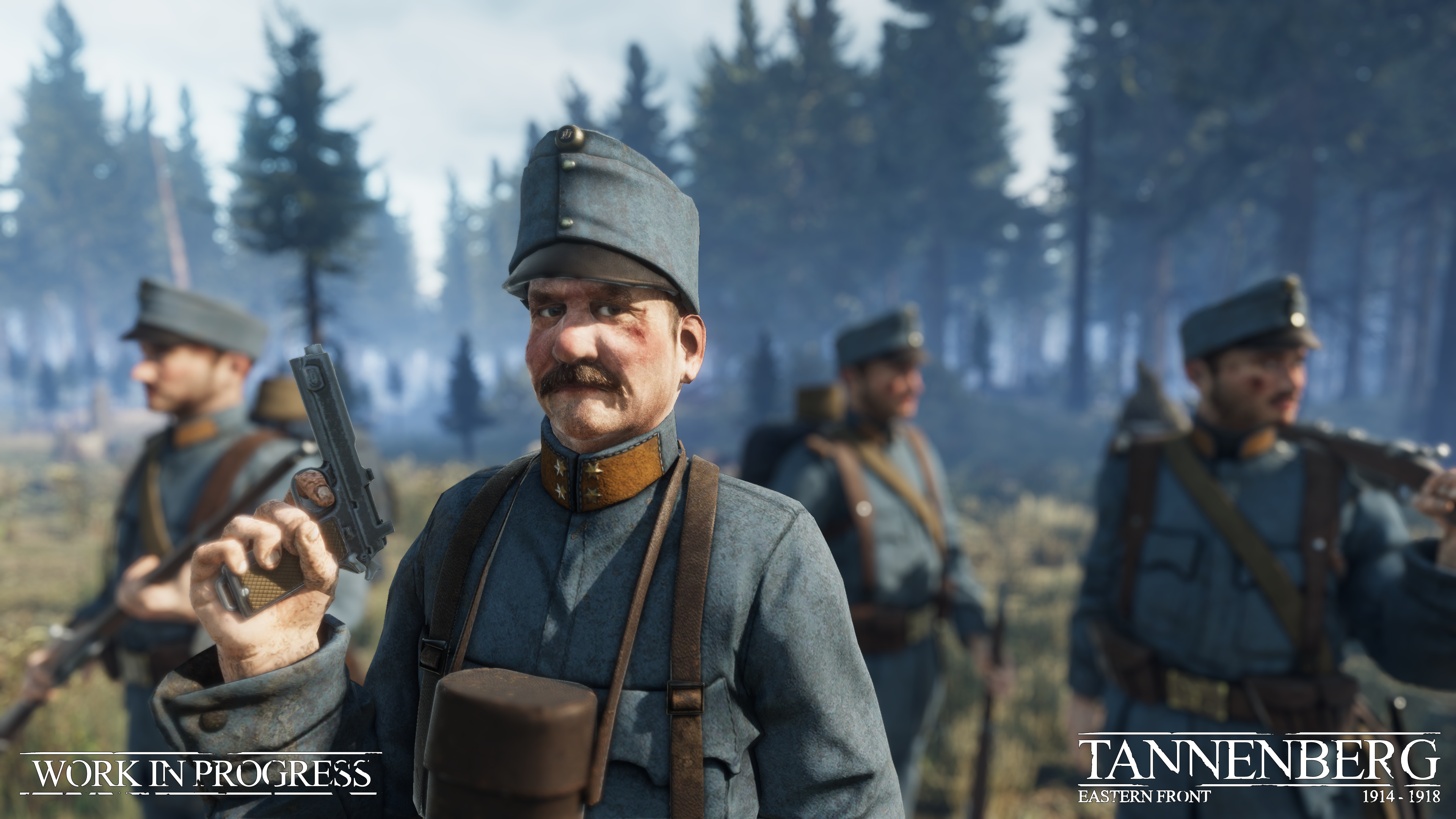 As is always the case during our development of both Verdun and Tannenberg, we greatly value realism. Not only when it comes to gameplay, but also in visual details of any size. Maps, characters, or gear, we want it all to look authentic. This also holds true in regards to the recently revealed K.u.K. Trooper. And now that our Austro-Hungarian cat is out of the bag, so to speak, we wanted to highlight some of the realistic weapons and gear we have fitted him with. 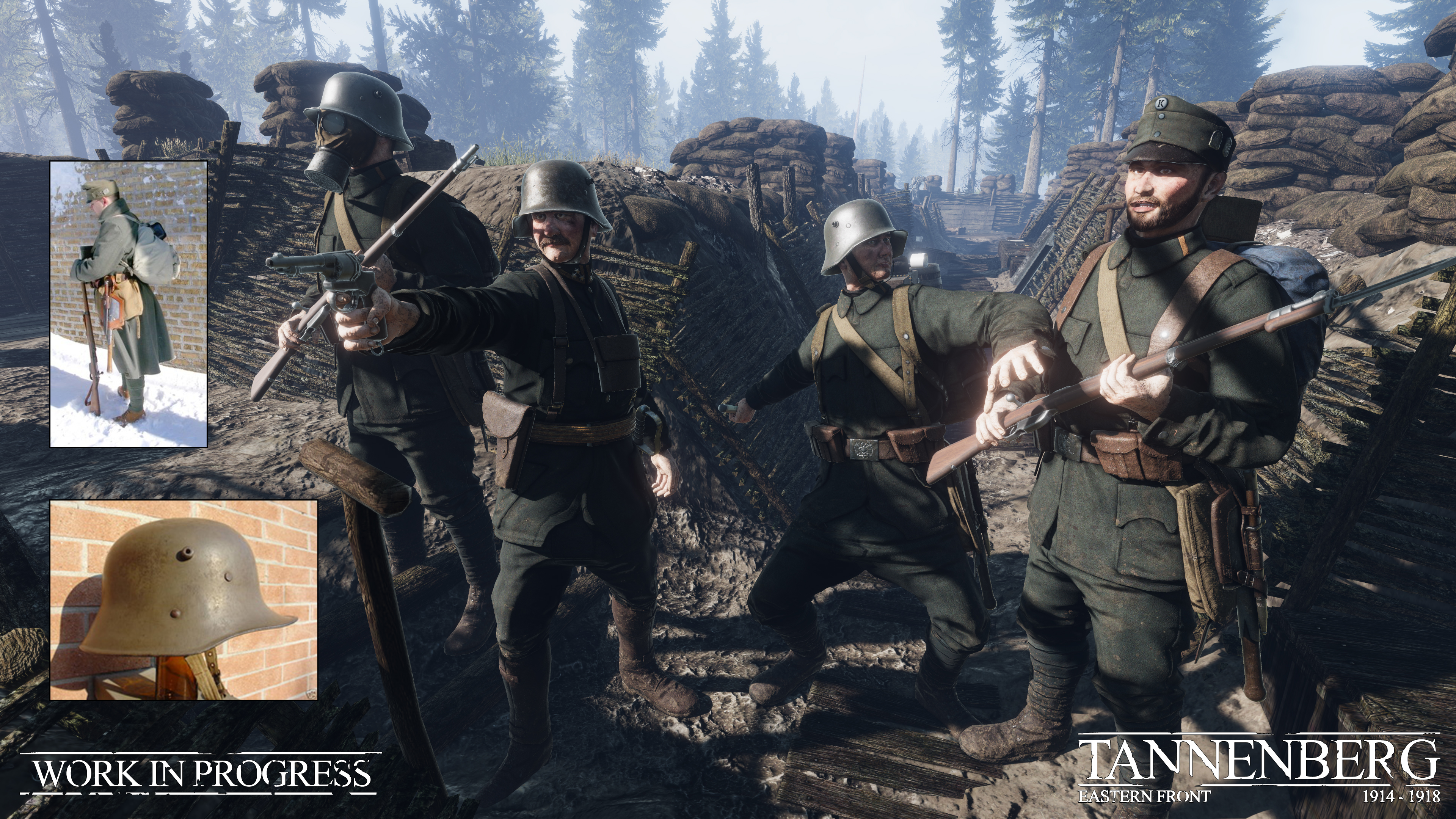 Some troopers are wearing the Austrian M1917 helmet. This was a domestically made update to the well-known German M16 helmet, of which the Austro-Hungarian forces initially received 500.000 units. At the end of the war, another 500.000 local versions were added, which differed in colour, chinstrap, and placement of rivets. 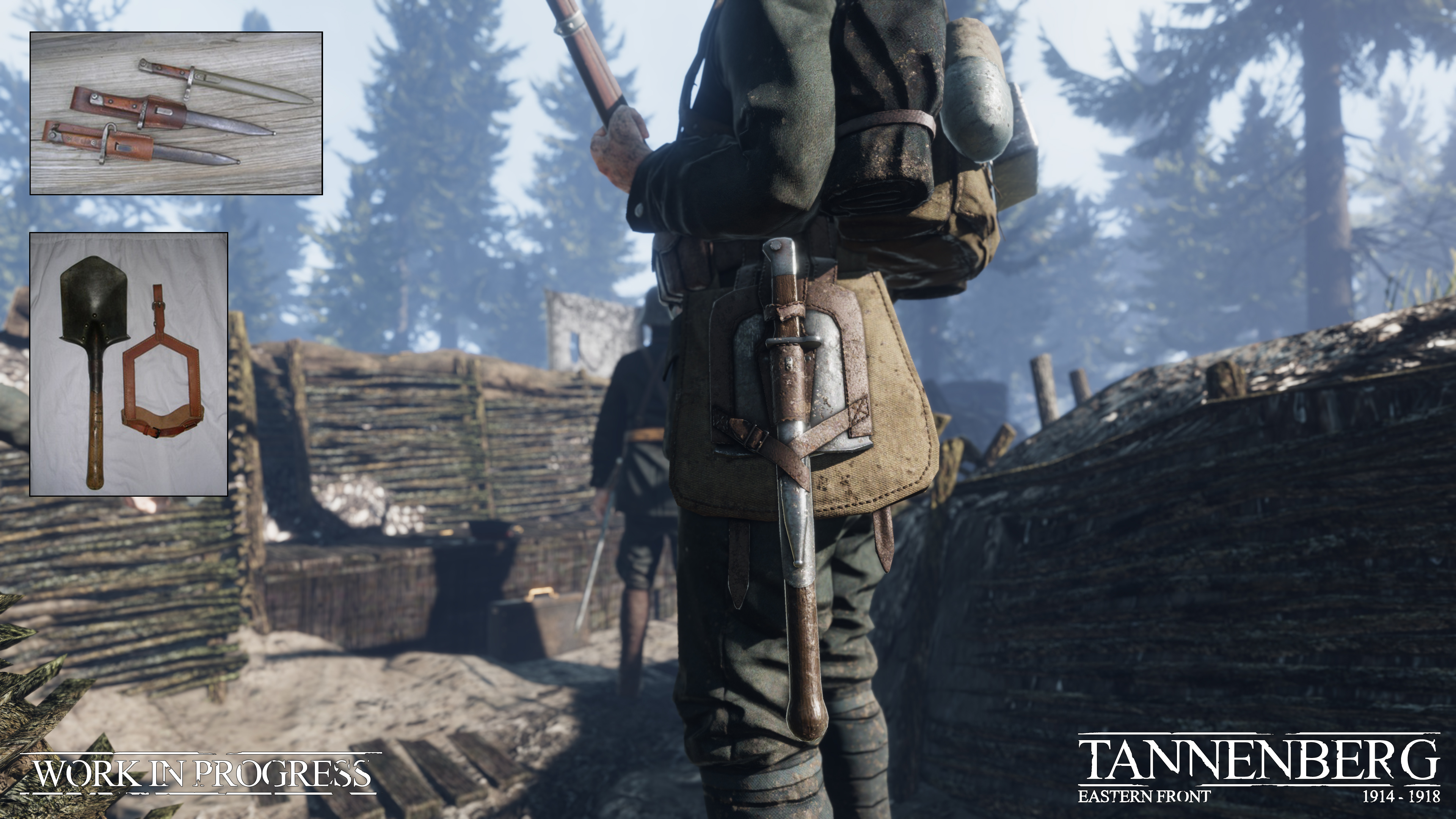 The M1910 Entrenching tool’s main difference to its predecessor is the pointed tip. By the end of 1915 this model ruled them all, and replaced all previous models in the field. It was so sturdy, some were even reissued to the Wehrmacht in WWII. All shovels came with a carrier and were traditionally carried on the left hip, often strapped together with a bayonet (appropriately called the ‘German manner’). The most commonly encountered bayonet is the M1895 Mannlicher rifle version, which originally came with a black painted scabbard. Some scabbards were repainted however at a later stage of the war. 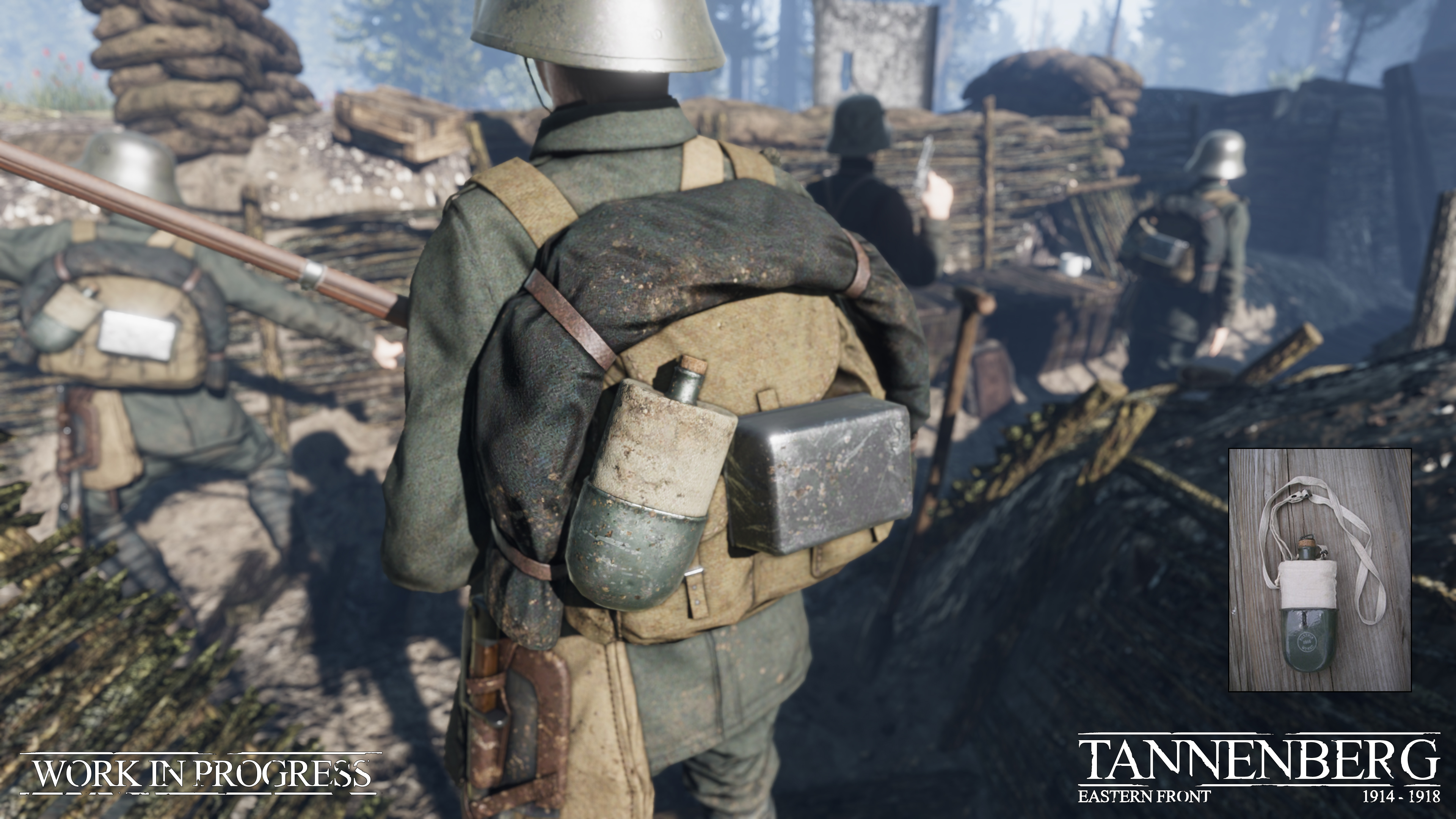 Close up of in-game backpack

The unofficially named M1888/15 canteen came from different manufacturers, which was only reflected in name and date stamps. When it comes to weapons, Many Steyr-Mannlicher rifles saw use. But as shown by our recent Facebook poll, the M95 is amongst the most popular. 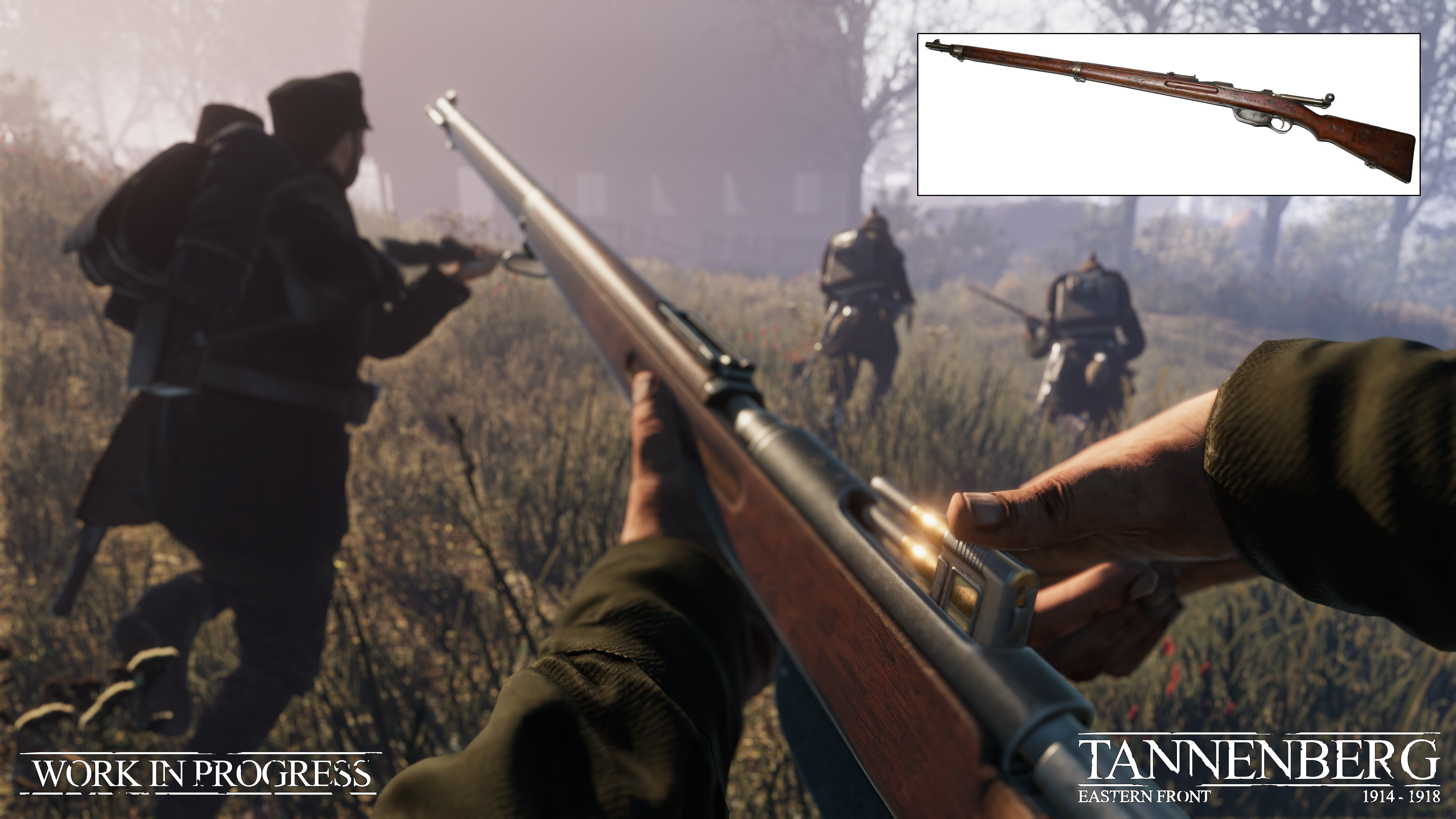 So there you have it. The K.u.K. Trooper in all his glory. What do you think? No, seriously, what do you think? We are always looking for constructive feedback. Everything we have shown so far is work in progress, so we genuinely value your feedback if you feel a certain model could be improved. Thanks and we hope you enjoyed this edition of Frontline News!

And if you can’t get enough of the Steyr-Mannlicher rifles, check out the video’s from C&Rsenal, who helped us with getting the in-game audio sounding as realistic as possible.

History of the M95