It has been a while since the last update. RL has kept me busy (as always), and the remaining time has been split between games and this little pet project I call my mod. Under the hood of Frontline Chaos I've done various revisings, clean-ups and other small tweaks that make the mod feel and / or look better. This includes: -tweaking of shell weaponry and small missile weaponry to fire slower, but have more punch (both damage and FX wise) -fixing bugs, and then un-fixing them again because they cause much greater bugs (thanks SAGE!) -making all trees and shrubberies be able to get burned properly, with their proper models -creating cameos for various Revenant units

The largest change however, is the general idea of the Revenant airforces. As shown before, the only unit set in stone was the Dragonfly helicopter. In an update ages ago I had shown a very WiP airfield model, which by now needed a complete overhaul. The fixed-wing jets were barely defined, internally known as 'fighter jet' and 'bomber jet'. There where various ideas for jet designs, but nothing solid to actually say "hey now that is something cool".

As an experiment, I tried how VTOL aircraft would work. From experience I know the Tiberian Dawn Redux mod (which I highly recommend looking up) had been able to remake the Orca and Apache from TibDawn pretty good, so I used those ideas as a base. Not wanting to sacrifice the jet idea, I looked into how an air unit could act like a jet while flying, but be able to take off / land without a complete airfield. Various experiments later I had working base I could continue on, and by then I was able to filter down the various designs to those that could support VTOL flight (or just looked too cool to drop).

This of course also meant remaking the Revenant airfield from scratch, but I needed to do that anyway so I took that chance and run with it. The end results are as following: 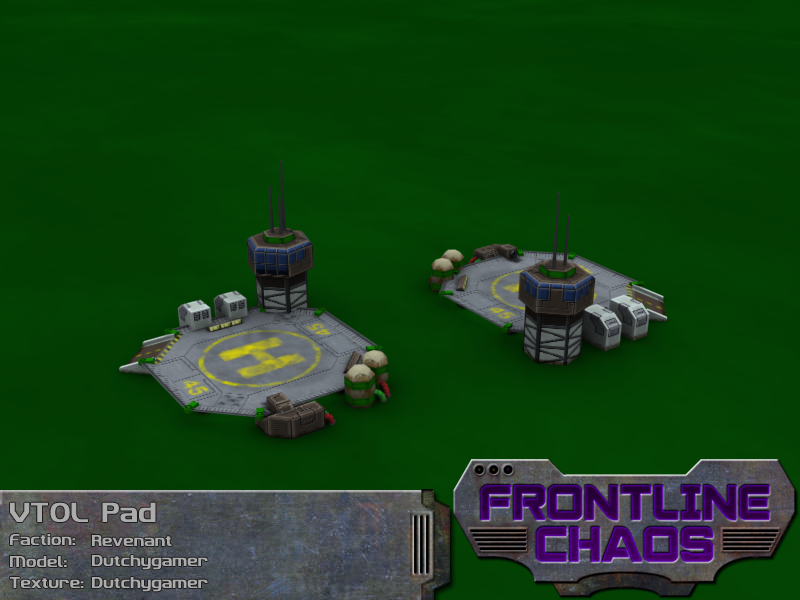 The VTOL Pad is a support structure from which Revenant air forces are deployed. Each Pad has room to construct, refuel and rearm a single VTOL jet. Alternatively, it also serves as a launch point for larger independent aircraft like Dragonflies. A docked VTOL jet will automatically be repaired, and independent aircraft can land nearby for repairs. 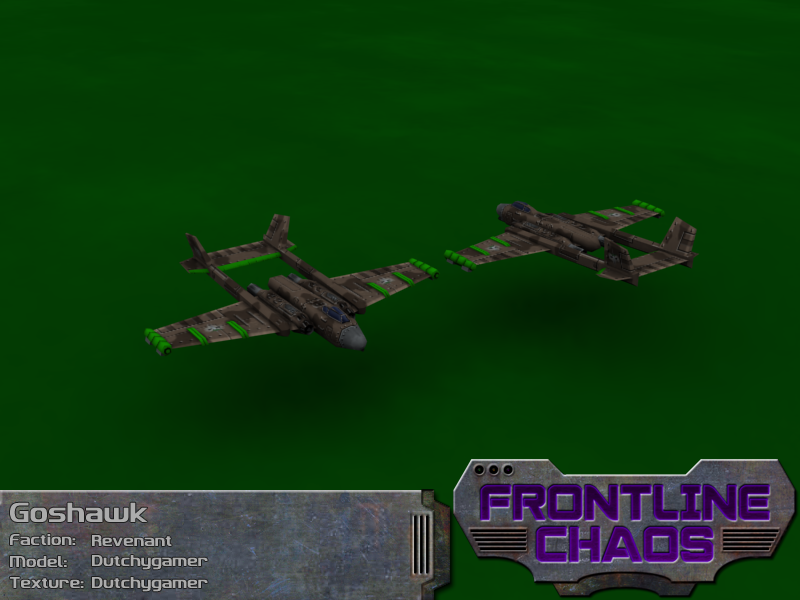 The Goshawk is the main jet fighter of the Revenant airforces. Armed with two missiles and a 20mm autocannon, it excels at engaging enemy armour and aerial targets. It's VTOL design enables it to be deployed close to the frontlines, and gives it excellent manoeuvring capabilities. Combined with a powerful engine it can quickly near its target, unload all weapons, and make a quick getaway to rearm and refuel.

While fast and manoeuvrable enough to take minimal damage when on-route to a target, the Goshawk is at it's most vulnerable when deploying its weaponry. The armour can shrug off smaller projectiles, but will buckle easily under a fusillade of SAM missiles or focussed Flak fire. 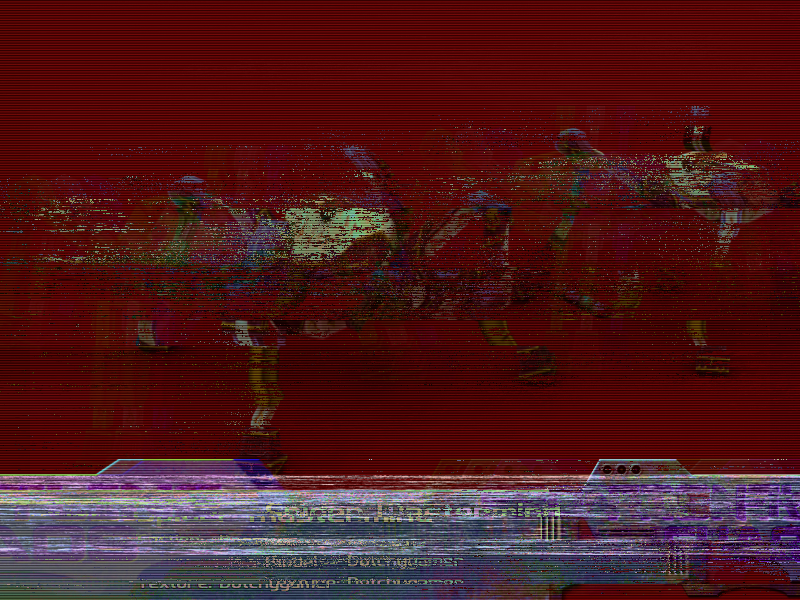 The way it ended. Wow!