In this month's update, a showcase of the structures Revenant commanders can use to keep the bad guys out of their base.

In this month's update, a showcase of the structures Revenant commanders can use to keep the bad guys out of their base.

As mentioned in previous month's update, I have been busy with various things. As an experiment I've been toying around with remaking a mission from ye olde Tiberian Dawn. This both as a learning thing on how mapping / scripting works in Generals, and as a way to look at the mod from a different point of view. A side-effect of this experiment is that I have began focussing more on the objects necessary for this mission. Besides adding some completely new props / structures not needed for your average skirmish match, this also included replacing placeholder models or heavily outdated models.

The end result is that now pretty much all base defences (of both sides) have been remade. It also have given me a new standard / guideline to base the other structures off. For this update I will focus on the Revenant defences, and I will keep the Legion defences for a later update. 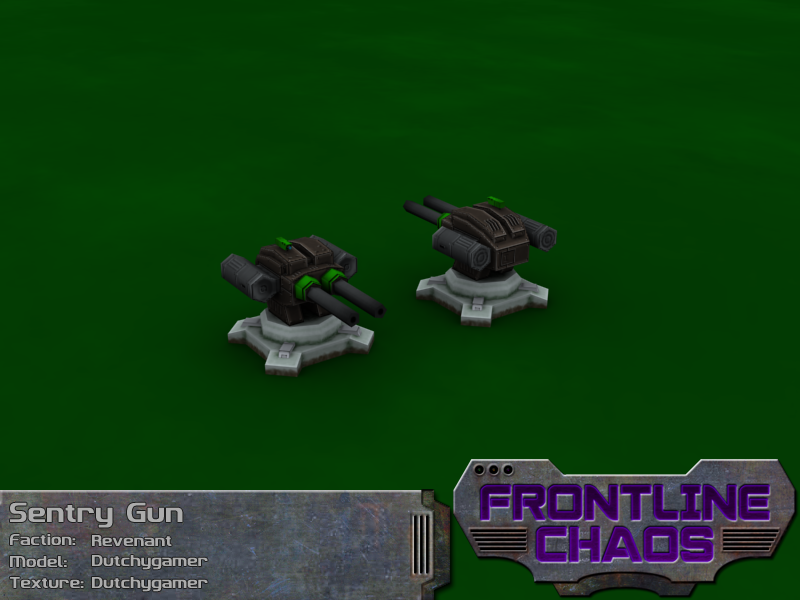 The Sentry Gun is the basic base defence used by Revenant commanders. Guided by a simple computer system to identify enemy targets, it can quickly turn its twin machineguns on any target. The large 12.7mm calibre can threaten infantry and lighter vehicles with ease. However, against heavy armoured vehicles or those that can outrange the Sentry Gun it will quickly fall. 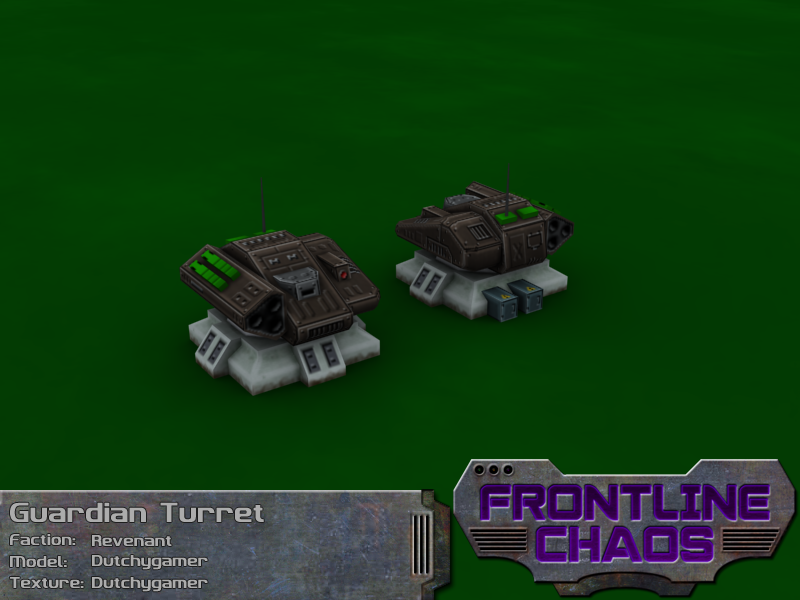 The Guardian Turret fills the primary anti-vehicle role of the Revenant base defences. The squat-looking turret is armed with dedicated anti-armour missiles, based on the warheads of the Raden Tank Destroyer. These missiles will easily punch through any hostile vehicle that presents itself. Infantry have much less to fear, and Guardian Turrets should be supported by Sentry Guns or anti-personnel units. 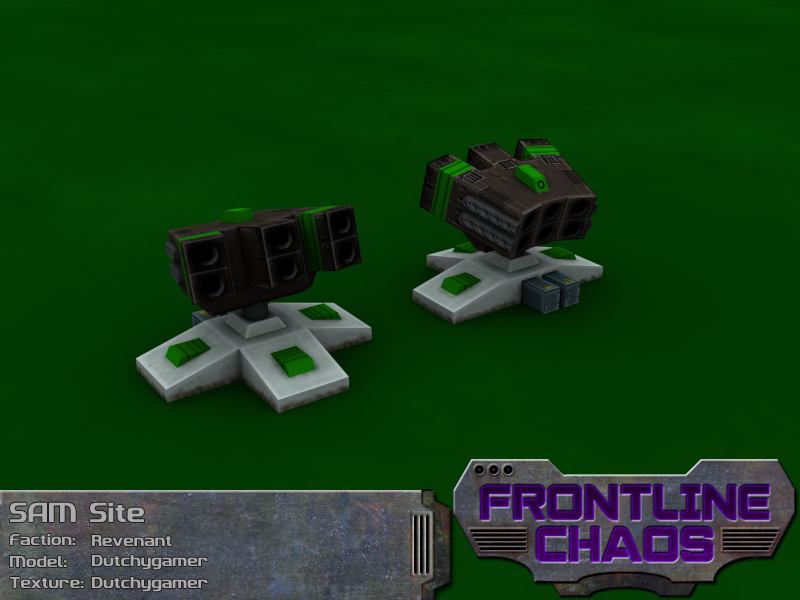 SAM Sites are fixed emplacements that protect Revenant bases from air threats. When a target has been locked on, a barrage of missiles will be launched by the SAM Site. These missiles can track even the wildest manoeuvres, and have enough fuel to follow targets if they move outside of the SAM Site's range.

Besides defences, I've also been toying around with various recordings of the mod. These are behind-the-scenes videos of stuff I may (or may not) have shown before. If you're interested, you can watch them in the videos section, or on my YouTube channel:
Youtube.com
Note that things shown are in no way final, and have probably been changed in the mean time.

That's it for this update.
Dutchygamer signing off.

Nice to see this mod still chugging along, keep it up :)