The idea to use a single truck design as a base for various vehicles came with the design process of the Venom and the Cobra (more about those later). Initially, the Cobra was the only truck for the Revenant army, and the Venom was a tank with a missile turret on top. After various redesigns of the Venom's turret with none really fitting, the decision was made to completely scrap the turret design and instead go for a design comparable with the SCUD Launcher and the V2/V3 Launchers from RA1/RA2. With this new idea I also ditched the tank design and went for a truck design instead. The end result was a flatbed truck with a launch platform in the place were normally cargo would be carried.

This got me thinking on possibly re-using the truck design (minus launch platform) for the Cobra. The Cobra's design also changed a lot over the months, as I wanted to keep 3 things in mind: it is a truck, it has a missile turret, and it can carry infantry. After scrapping another design, I figured I could just as well give the Venom truck design a try, as it could be a nice idea from a lore point of view as well. A bit of jury rigging later, and I suddenly found a design I liked.

One thing came to another, and in the end I had a whole line of trucks in both 8x8 and 6x6 variants, which now also included the Valkyrie as the third main variant. 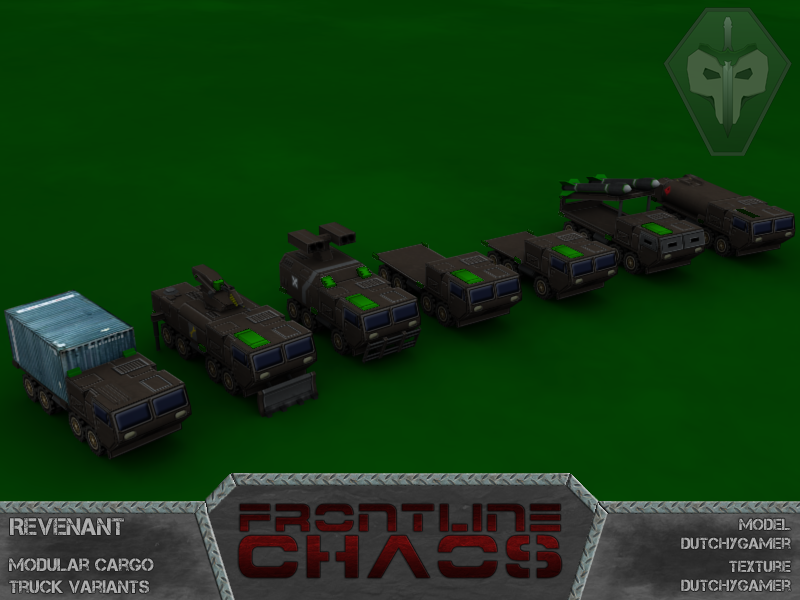 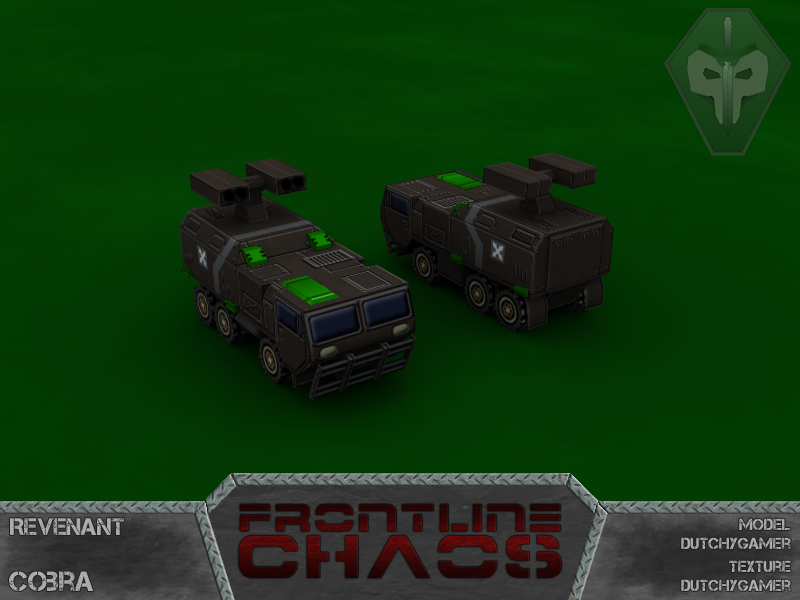 The Cobra is the basic infantry transport vehicle used by Revenant forces. Based on a modified variant of the venerable MCT chassis, it is one of the faster vehicles on the battlefield. Trading the standard 8x8 layout for a 6x6 layout, it has increased mobility and a decreased turn radius. Revenant engineers also used the weight lost by shortening the truck to increase the overall armour. Even with the shortened design, the Cobra has room for four passengers or two Creeper drones.

For self-protection the Cobra comes with a turret that launches HE missiles with limited self-guidance. These missiles are effective against light armoured ground targets, and can also be used against slow-moving aerial targets. A combination of the self-guidance and an efficient missile engine give the Cobra an above-average range. Combined with the Cobra's high speed, it excels at hit-and-run attacks and quick raids. 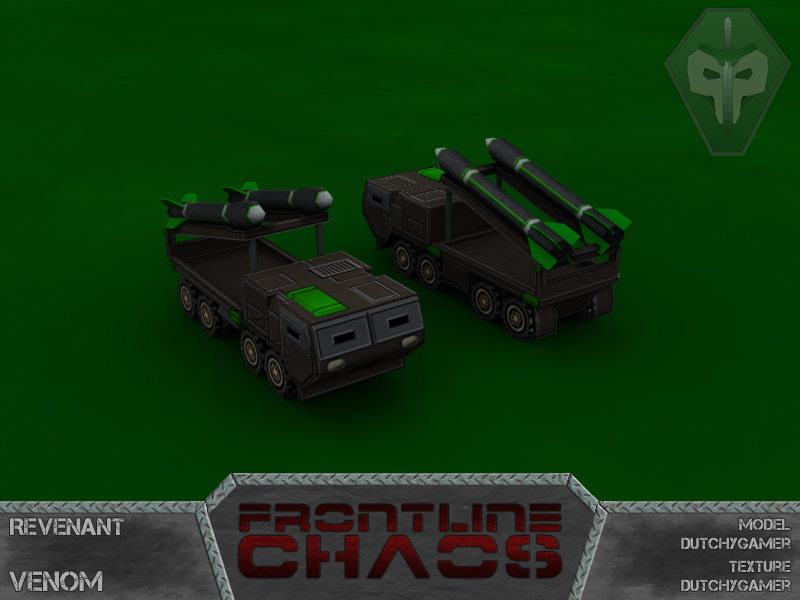 Out of all Revenant self-propelled artillery systems, the Venom is the preferred vehicle for most Revenant commanders. Carrying two short range ballistic missiles on an open-topped launch platform, the Venom is used to bombard targets from behind the main battle lines. Various warheads are available, but most commanders stick to the default High Explosive warhead for general-purpose siege. While effective against immobile targets, the missiles lack any sort of guidance and therefore cannot track mobile targets.

The Venom itself is a truck based on the MCT chassis, which makes it more mobile then most of its tracked counterparts. This however does reduce the protection from enemy fire. A Venom should be protected at all times, as it cannot defend itself when enemies have entered its minimum range. 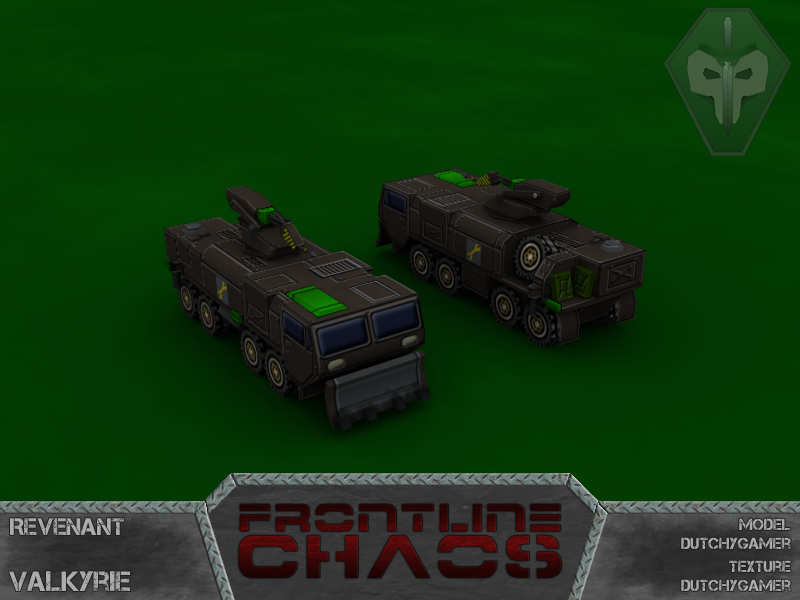 To support the mechanized forces in the field, Revenant forces can rely on the technicians aboard the Valkyries to assist them in various tasks. Their first role is to sniff out any nearby cloaked units and objects, varying from land mines to vehicles with advanced cloaking technologies. Once found, all nearby allies will be alerted on their presence. With the large dozer blade in front of the Valkyrie it can clear any kind land mines with no damage to the Valkyrie self.

However, many Revenant forces praise the Valkyrie crew not just for its ability to detect enemies and clear mines, but for its repair tools. When repairs are needed, a Valkyrie deploys stabilizers and activates the turret on top in which various repair tools are housed. Once deployed, a Valkyrie can repair any nearby allied vehicle within a certain radius at a rapid rate. As this doesn´t disable the scanners, it turns the Valkyrie into a forward post which allies can use as a gathering and fall-back point.

That's it for this update. The next update will most likely be next month, but who knows that it may be sooner. Dutchygamer signing off.
Comments