Post news RSS From Paper to Product - Graphics and Gameplay

Introducing some new graphics and gameplay objects from their inception to their implementation. We have almost finished the first area of the game, so we have actual game now, not just bits of one!

We are improving some of the earlier game assets, finishing a couple of cutscenes (secret late game ones though, sorry!) and starting some of the big special levels that will be throughout the game: 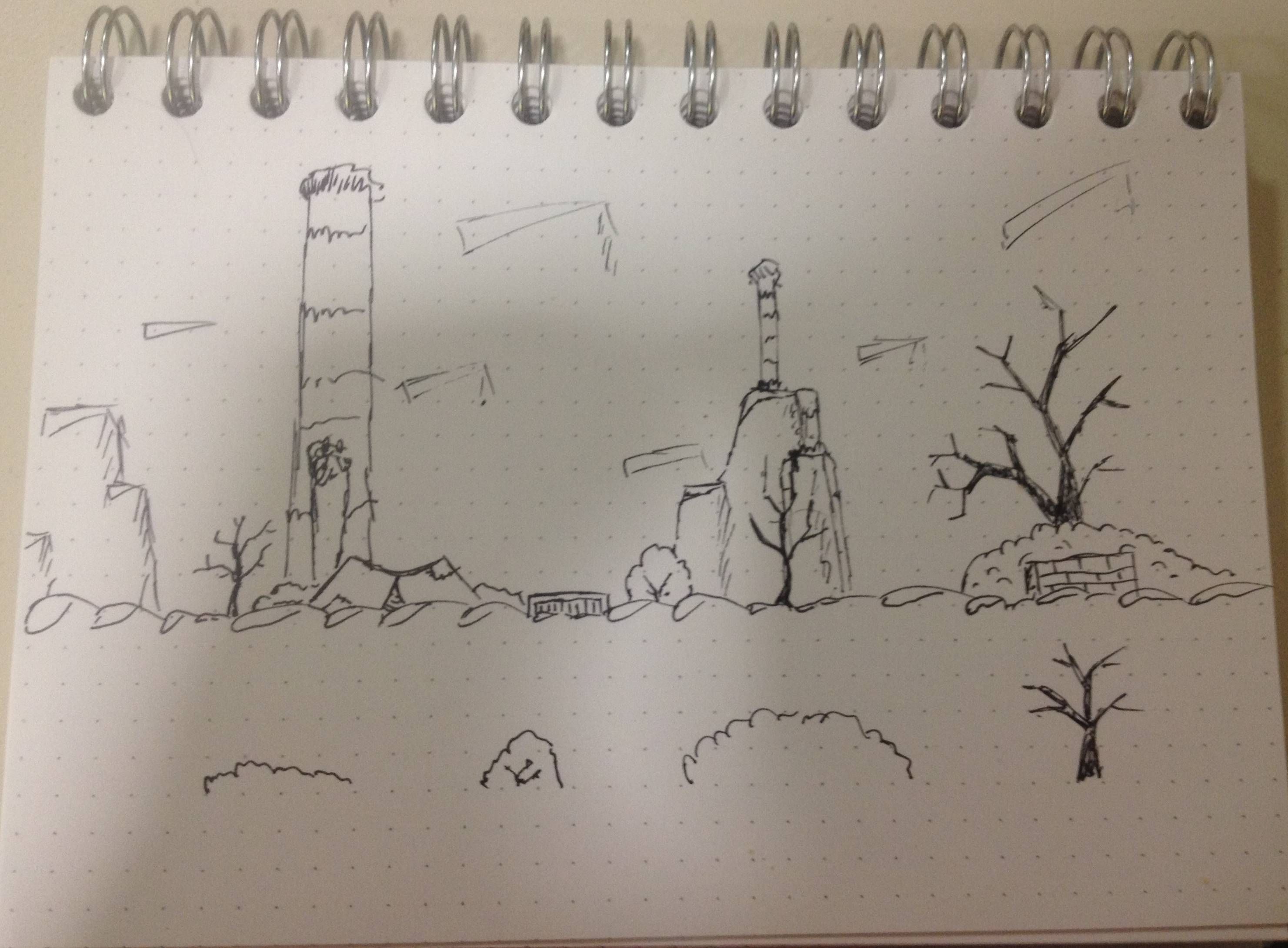 We recently acquired dot-grid notepads and think that they might be the greatest thing to happen to us in game design, especially with a game that is grid-based tiles. I think, as with all things in game development, it is about finding what works best for you.

We decided to keep the animation simple for now, and if we have time later we will improve it. Ultimately, for such a small team it doesn't make sense to devote a lot of time to drawing waterfalls.

Here's a little something we've been working on, a new mechanic. These are going to be boulders, wheels and rocks you can kick around. At the moment, they're just circles, or perhaps tiny moons.

Here is Gfycat video of the new mechanic (the gif is too big): Gfycat.com

Sorry about the breakpoint; there is a bug where the player disappears when kicking in one direction...
You can see the ability to climb the boulders, as well as kicking them.

Here is another look at how the boulders interact with each other, if you start with a tower of them:

We have almost the entire first area of the game finished after having to redesign it all. It feels a lot closer to finishing now, although in reality there is still a lot to do. The progress we have made is really exciting, because for the first time we an actual game, instead of a collection of assets, code and cutscenes. Baby steps...

I use grid paper myself -- but it's a bit ugly. I'll have to look into the dot paper. Looks much nicer!
Very nice looking game, I'll be keeping an eye on it.

Thanks! We were using grid paper, but its hard to use pencil, especially if its a dark grid! When you make as many errors as we do (especially designing levels...) using pen isn't really an option.

Just keeps getting better and better.