In From Earth I wanted to try something different from Water and Last Zombie. I still wanted to be able to see the player model, but I didn't want to use third person. 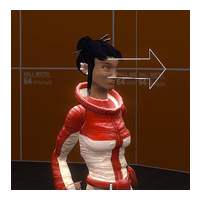 In From Earth I wanted to try something different from Water and Last Zombie. I still wanted to be able to see the player model, but I didn't want to use third person. I didn't want to use viewmodels for the player, as it would mean that I would have to include the same polygon mesh for every item that could be picked up. Instead, I disabled viewmodels completely, and the player's worldmodel is what you see all the time.

Viewmodels are generally drawn separately from the rest of the world and on top of them you have the rendered view. They can't clip with any objects in the world, and they can have their own field of view. They can also be flipped in Source, if the player wishes to do so in Options. However, viewmodels are tricky if you want the player to actually touch something in the game world.

There is some problems with this approach, though. The animations need to be made so that the player's eyes are always inside the bounding box. Otherwise, the player can end up seeing through walls when clipping on a brush. The animations also need to be smooth enough for the view not be jerky. If running animations have too much view bobbing, some players might experience motion sickness. 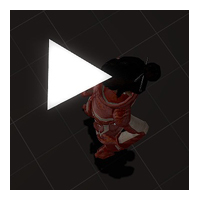 You don't want to render the head mesh since you are not supposed to see it. Normal solution would be the use the bodygroup system and simply hide the head bodygroup. But bodygroups don't allow facial expressions on them, so this is problematic. I want the model to have facial expressions in case we use mirrors, as well as for any promotional video or screenshot we might do in thirdperson. So in the way of a solution I hijacked the LOD system to hide the head. When the player is being drawn on a mirror, camera, thirdperson, or viewcontrol entity, I force the game to use the first LOD with the head visible. When the player is drawn from first person, I force the game to use the second to last LOD with the head missing.

Drawing the player model and using the eyes attachment as eye origin can create some problems. In some cases the player's feet can be seen hovering in air. The animations need a lot work to make sure they don't cause the view go crazy. You need to make sure eyes can't go inside any world mesh in animations. But I think it's worth it. Animating is one of the things I enjoy the most in game development, and creating the animation library for the player model has been very fulfilling.

Next month we will tell you a little bit more about the Interaction System in From Earth. 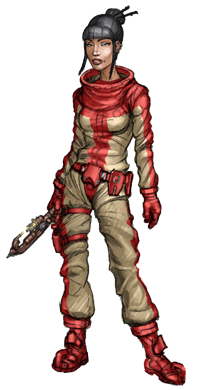 Sounds cool, a video demonstration would be nice.

Originally this news post was in a form of video, but after revising and adding to the text, it was too long. I didn't have time to redo the video with all the other tasks so I decided to post it as simple article instead. Maybe next time we have time to record some kind of video for the Interaction System article.

What advantage do you gain from seeing the player model? Will interactions with items remain conventional? e.g. walk over item = pick up item OR press <e> to pick up item.

since im using true first person in survivor while its a bit of a pain to get right its totally worth.. you get a much better inmersion , no need to do the double amount of models( view models and world models) etc

This sounds really interesting and I want to see your progress. Tracking this mod.

Good luck and peace be with you.

i dont get it is he trying to go for full first person body awareness or the other direction , crappy 3rd person view, confused at the least to say

ahhh , thank god , almost had an heart attack there

too techy article for me, i'm afraid :D since idk what a viewmodel is
maybe i can learn someday