It has been ages since the previous Map Showcase so we decided to make one about Alps. 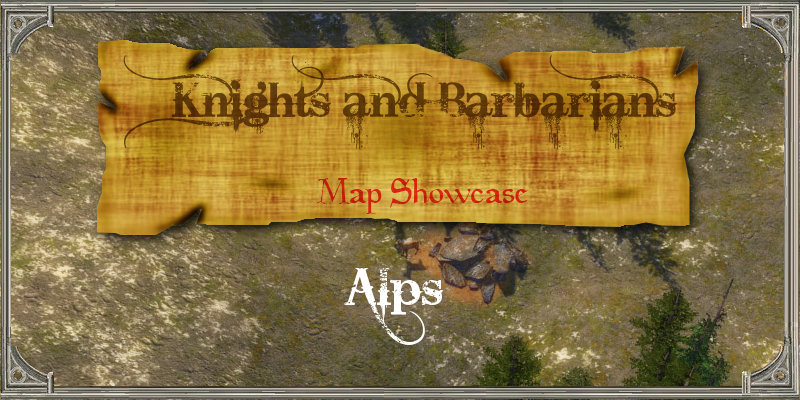 Today's Friday Update will be showcasing another Random Map of K&B, the Alps. The first idea of this map was created by Pepp over a year and a half ago but we planned not to use this map on Prologue, so the scripting delayed for a very long time. The result is much different from the original sketch, however. Still, the general idea of the map has stayed the same: two teams start on their own areas while fighting over the neutral land. 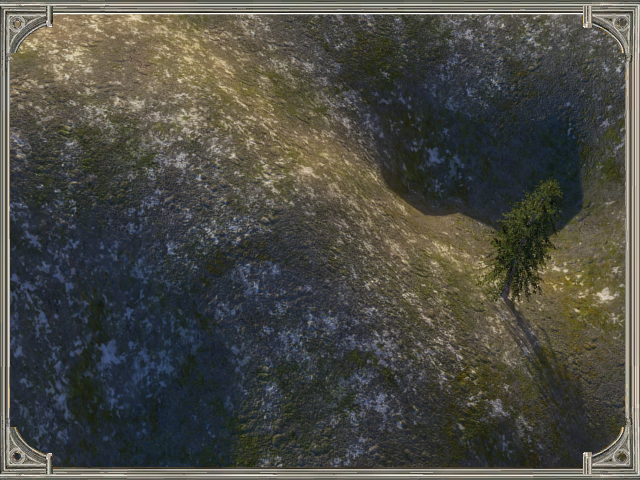 Only a single tree grows near the central mountain.

Similar to Pepp's most map ideas, Alps has got two variations to the map's shape and they really affect how it is played. First, we'll go through the closed variation of Alps where there's a large unpassable mountain in the centre of map. The two player areas and the neutral area are closed by strips of mountains, somewhat inspired by AoM's Jotunheim. The large central mountain makes things more easier to defend but it also takes up quite large area of the map. 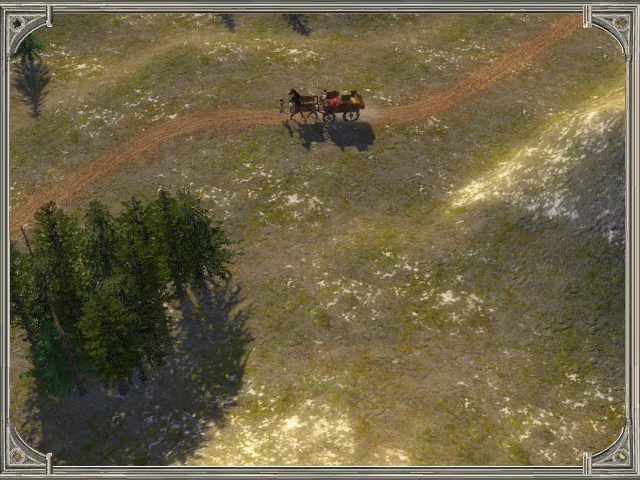 Small passages between the mountain ranges should be defended by all costs.

Now, if players are sealed with mountains, how are they suppose to fight against each other? Well, as the above picture shows, the three areas are connected with small passes. These passes are obviously the most important places for the closed variation of the map because they can block the enemy attacks if defended effectively. However, due to their thinness, you can hardly be able to place a Castle/Qal'aat there and still have a large army supporting it. 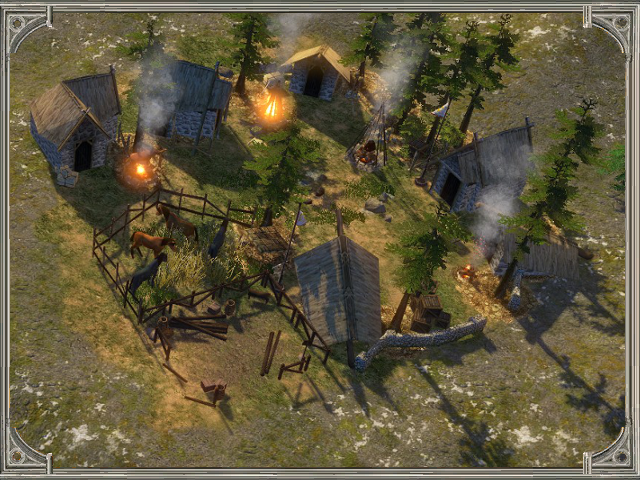 A Hun settlement in middle of the map.

Now we'll move on to the other variation of the map. And yes, you probably guessed it's the open variation. The open variation hasn't got an oversized mountain in the middle but a plain large area with a Hun settlement. Also, the small passes between mountain ranges are nonexistent so the fighting focuses more in the centre. The Barbarian settlement allows training of extra troops without needing to move them around much, a cheaper alternative to building a second military base. 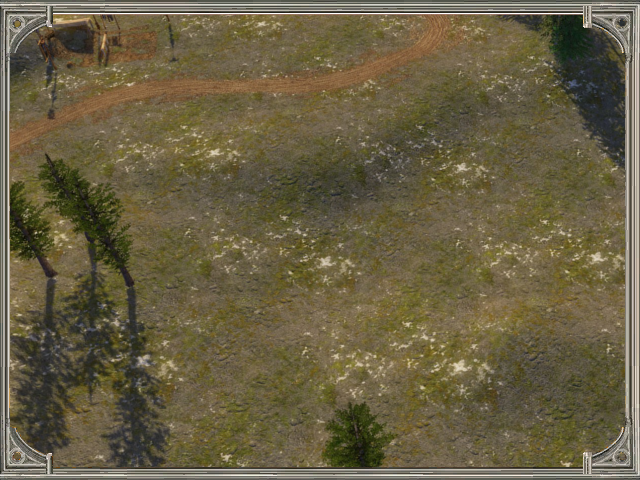 As seen on the picture again, the map has also got a trade route on both variations of the map. Four trading sockets allow multiple players to take part of the bonuses Mr. Trade Cart has to offer but it's also one of the most important aspects of Alps. Focusing too much in either defending small passes or open middle area might let your enemy exploit the goods of trading. Building a Town Center and a military base on the neutral area is always a good option in Alps. 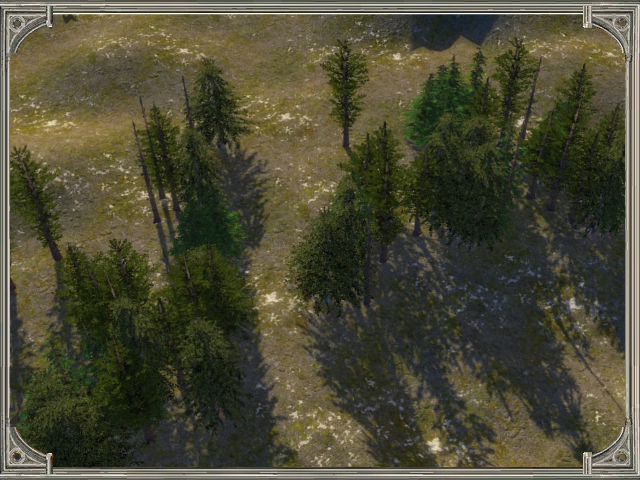 The forests in Alps are larger than normal.

Finally, we'll take a look at the resources Alps has to offer. The forests made of firs and spruces are larger than normal which does not only provide more wood but it also limits the building placement. Herds of Ibex are slightly fewer than standard maps and there are no herdables to be captured and fattened. Alps offers plenty of silver mines though, so coin shouldn't be a problem. 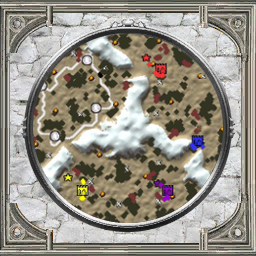 A typical minimap for closed variation of Alps on a four player team game, just after game start

This week's quote comes from peugeot407, analyzing how battles between English and French civs are going to end up in K&B.

peugeot407 wrote: Also, something I just thought of, most English vs. French games are probably going to be Battles of Agincourt, as it were.

K&B salutes... K&B Forum's new word censorship. Suddenly, many members are talking about salads and fruits...
K&B refutes... Rolling Stones magazine. The victims of Boston bombings should be allowed to rest in peace.

Thanks!
Hmm, ModDB messed up the minimap picture horribly... Anyway, it's fixed now.

"Building a Town Center and a military base on the neutral area is always a good option in Alps." I wonder what that neutral area in the alps represents^^