Here is what happened last week: First of all we proudly announce that Imagine Earth is nominated for the German Games Award ("Deutscher Computerspielpreis") in the category Gamedesign. Quite an honor to stand right next to titles like "The Last Tinker - City of Colors" and "Lords of the Fallen".

First of all we proudly announce that Imagine Earth is nominated for the German Games Award ("Deutscher Computerspielpreis") in the category Gamedesign. Quite an honor to stand right next to titles like "The Last Tinker - City of Colors" and "Lords of the Fallen". 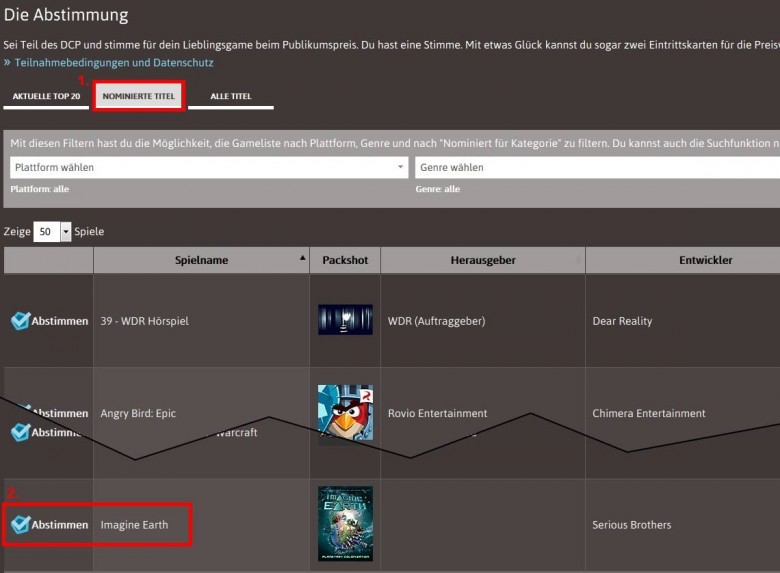 The awards ceremony will take place April 21st in Berlin. Let us know if you are there. But here's what happened last week:

While working on this Jens did a redesign of the Info Panel as you can see in the bottom left. The gray bar shows the amount of fossil resource left in the field. The energy produced by fossil power plants will go down over time. This will make buildings like coal power plants much more power full, but you will have to be careful to use them the right way. Fossil resources are limited... 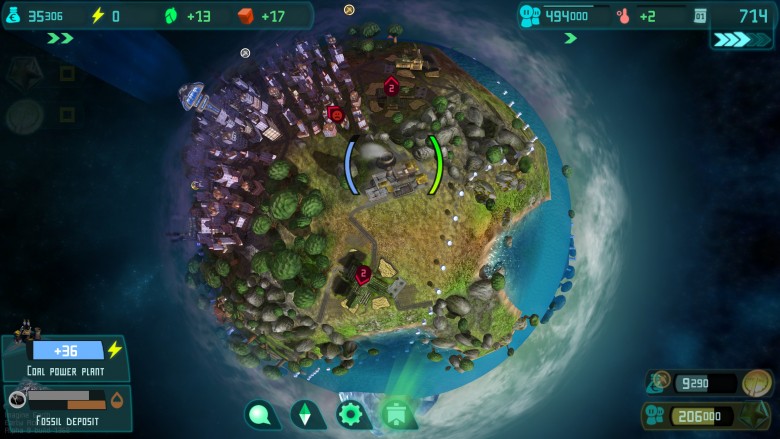 The stats now shows population, life quality, advance, etc. of competitors. This will visible in missions like Rounos and Bora and in the planned competition mode. 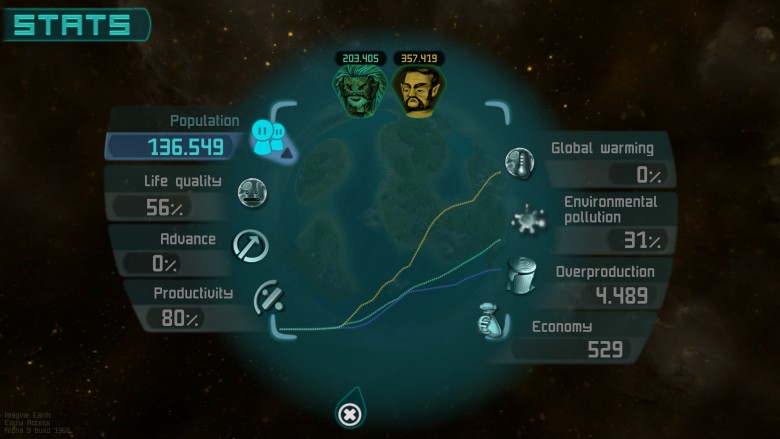 Each warehouse you build stores up to 3000 goods. The ecologic and efficiency upgrades will add storage for 3000 food and 3000 energy. Storing resources will help you to decrease the amount of resources wasted due to overproduction. And you can use the stored resources to sell them, donate them or keep them for times of resource shortage.

Volcanoes now spit burning rocks onto the surrounding fields and set your buildings on fire. This is still work in progress.

What’s up next week?

As always we are working on gameplay elements for the Bora mission. The most important part will be to build the space merchant and to integrate volcanoes into the mission script.

In addition we will have a try adding a custom population goal as a win condition to the Free Play mode so you can compete against AI players.

Yes, we had a talk about our roadmap and here are the features we plan to add with the next two alpha releases...