This article contains images of our new pirate ugly fleet!

Now that our New Republic and Imperial starfigher and capital fleets are completed, we have begun focusing on the other factions in the mod. One of these factions is affectionately known as the Pirates. The term Pirate refers to the variety of rogues that were scattered across the Star Wars galaxy who would attack, rob or commandeer ships as they saw fit.

Many of you that have followed Star Wars for sometime know that Pirates generally cobbled together unlikely pieces and created beautiful Frankenstein ships. These ships are affectionately known as "Uglies". Basically, it combines the New Republic and Galactic Empire starfighters into vicious abominations.

The models we had previously came from the wonderful work done by the XWAUP. We thank them for donating their models to our mod. However, we decided to use the wonderful models and textures by the First Strike team, rip their models apart, make brand new models and put them back together again. Icewolf, our resident jack-of-all trades, even redid the textures for all the vessels to make them look even more ugly.

I present to you the efforts of our labour:

OLD: Here are just a few glimpses of our older fleet just to give you a bit of background
Vornskyr 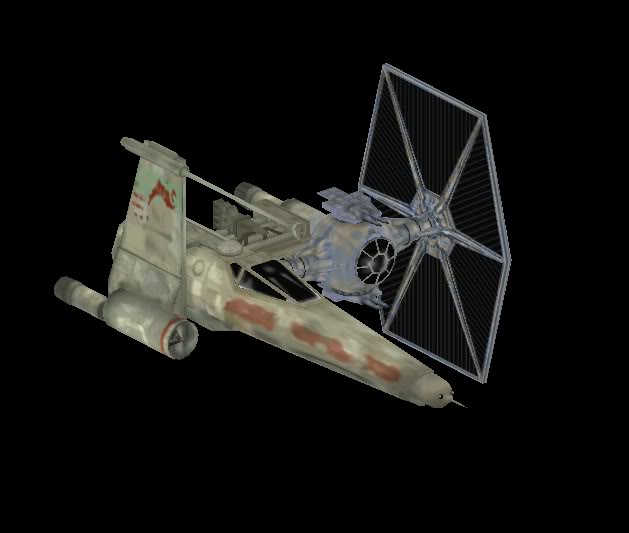 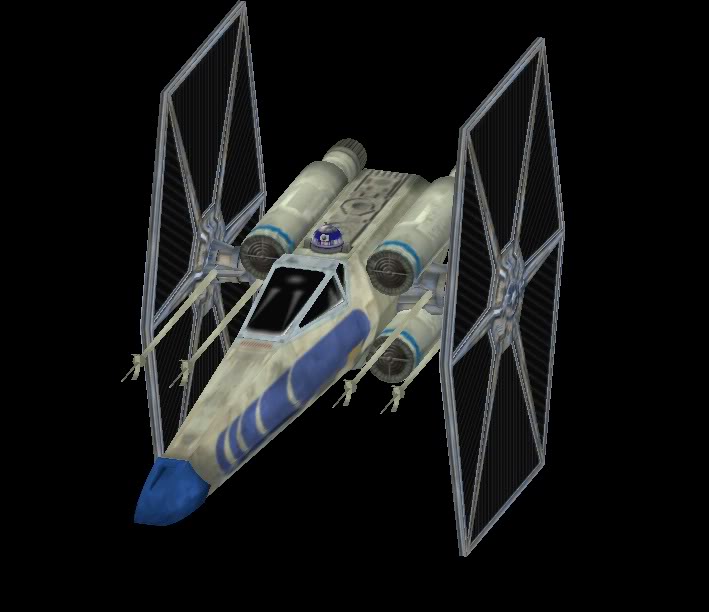 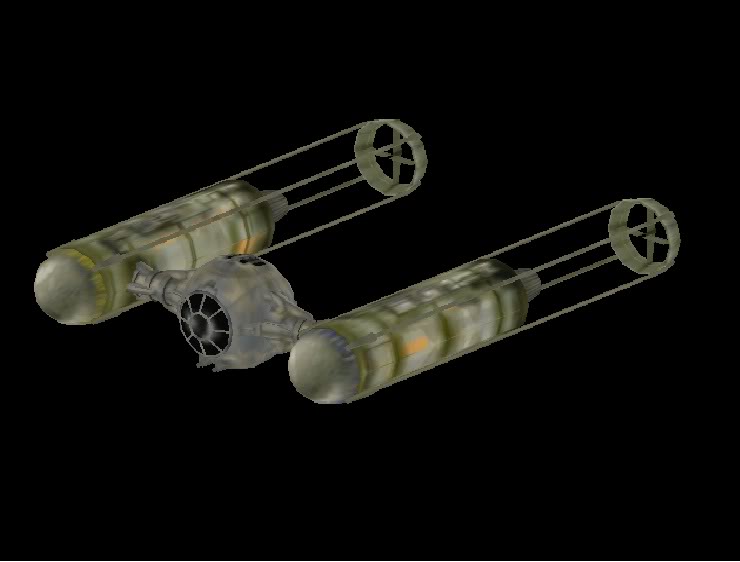 NEW: This is our new and improved fleet:
From the bottom left clockwise: Deathseed, Vornskyr, X-TIE, TYE-Ugly (Image 1) 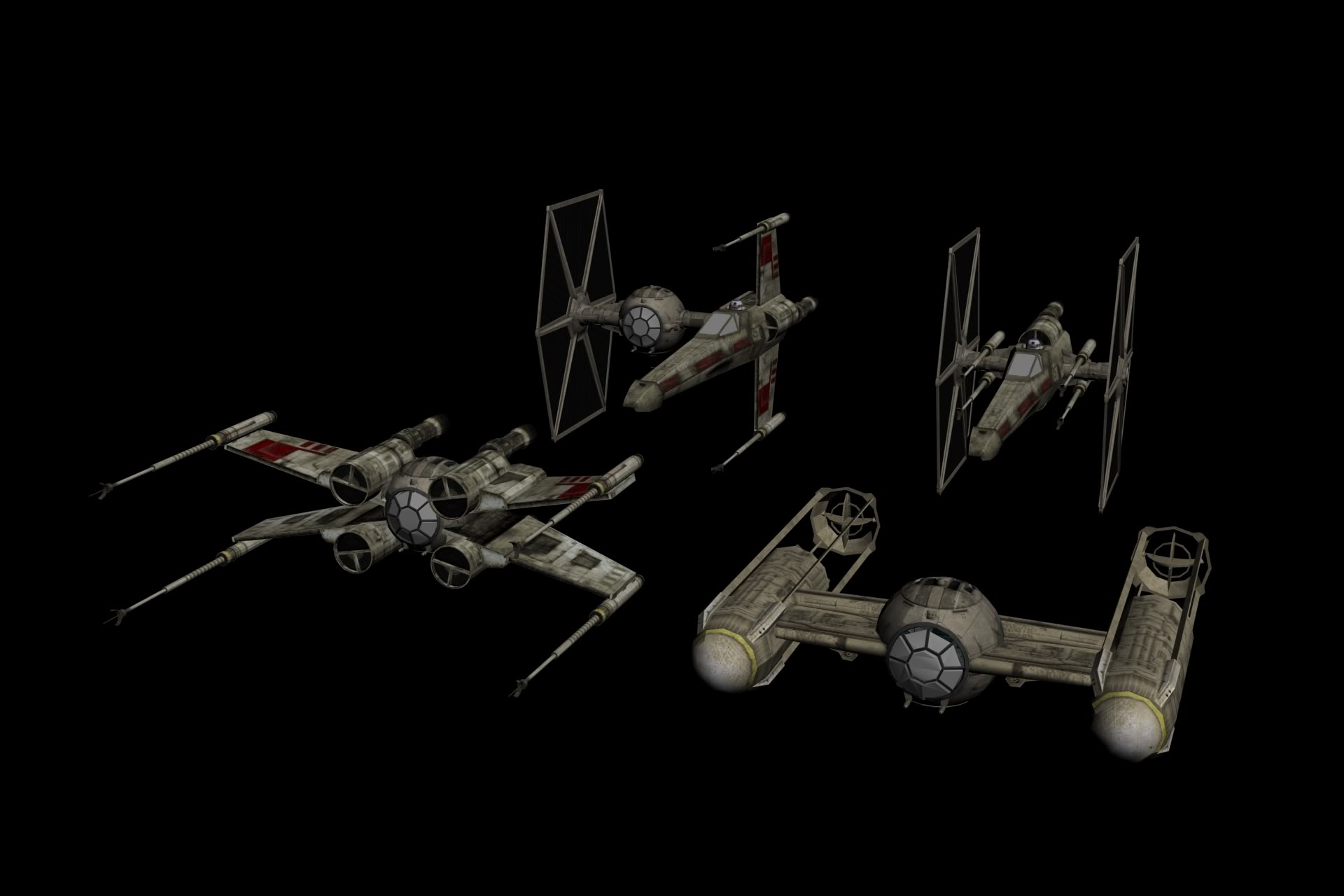 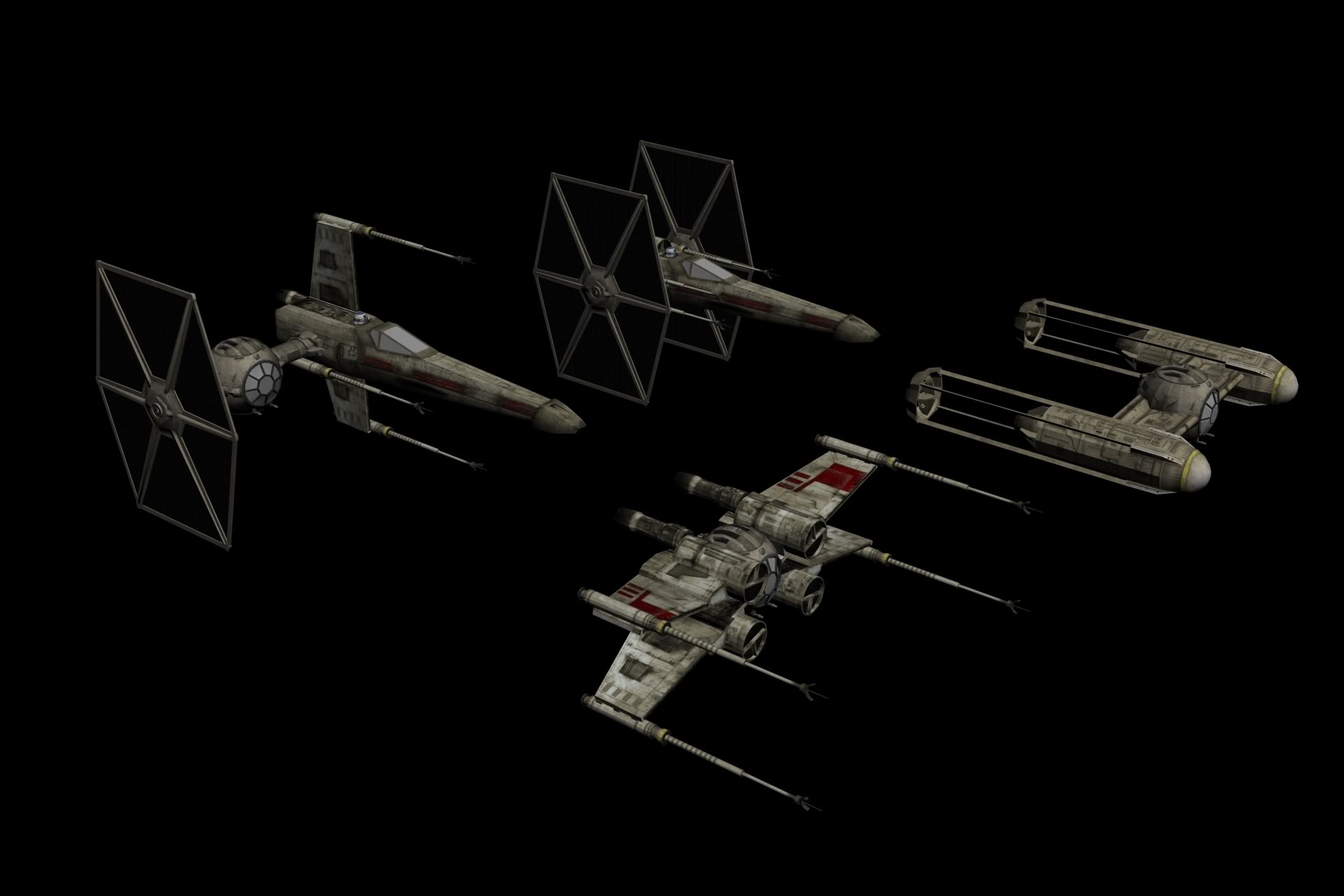 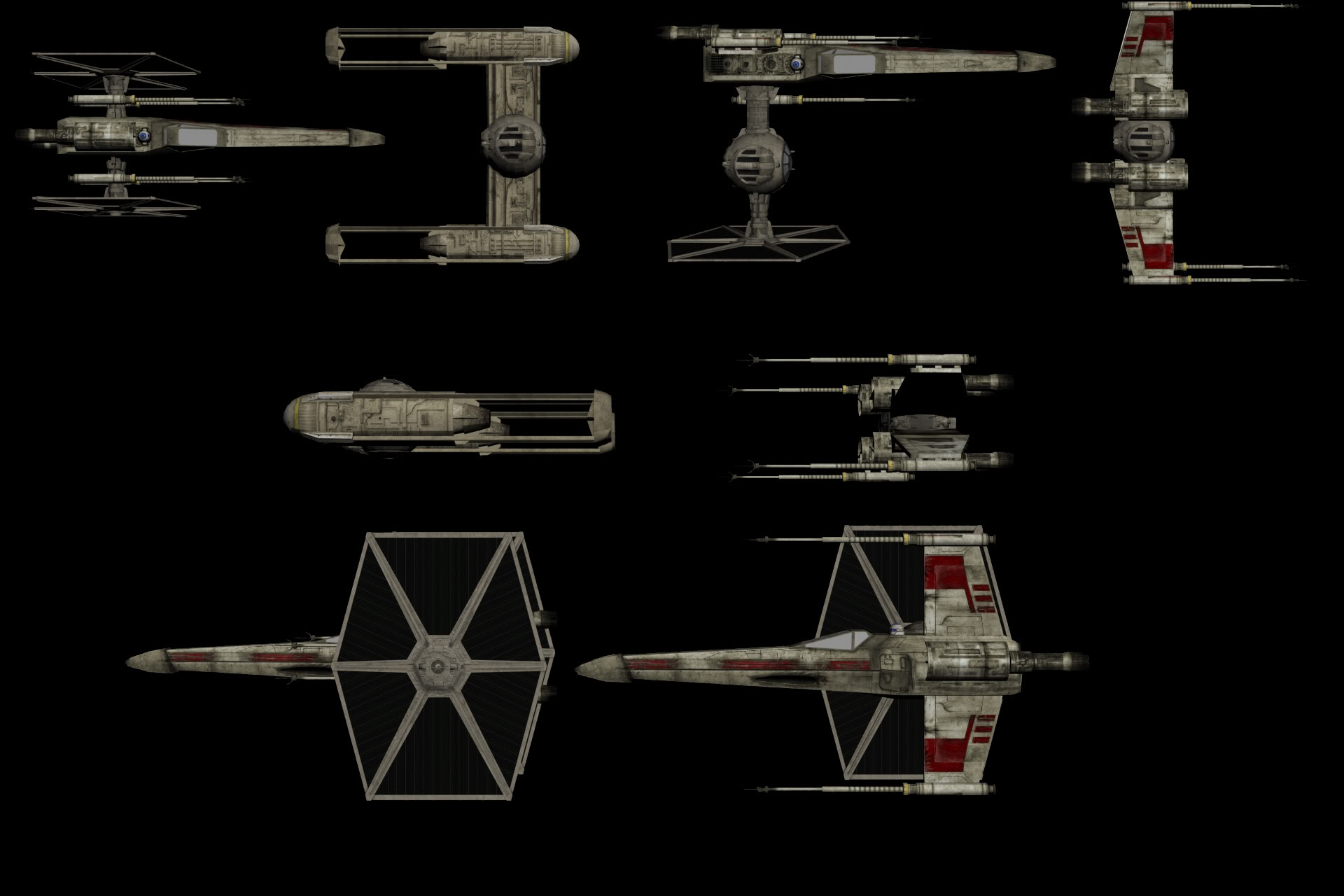 As always, any questions, comments or suggestions are welcomed!

The ones under 'NEW' look a lot better from those under 'OLD' :p

Well, being ugly is the general idea, hence the canon name...: Starwars.wikia.com

You know what the worst part is.

No love for the Uglies, eh? lol

Because no one would ever make vehicles out of old military junk.

I think the main thing is that they're too clean and intact. They don't look like people dragged some wrecks out of old battlefields and welded the bits together, they look like the pieces have been dragged off the production floor and glued onto each other. Especially in the way that they still have their old Imperial/Rebel colouring; if the pirates didn't bother to repaint them, they'd still have their old battle scars, and if they *did*, it would presumably be a more uniform and distinct paint job.

I'd also make a mention on how all the pieces are oddly 'fitting together'. Considering they're coming from two distinctly different factions with a mix of distinctly different craft, the fact that everything is slotting together at perfect 90-degree angles is really... weird. Given that aerodynamics clearly isn't an issue here (Vornsykr, X-Tie, I'm looking at you), you could afford to mix it up a bit. For example, why not stick three or four Y-wing whatever-those-things-are bits onto the TYE_Ugly instead of two at perfect 180 degree angles from each other? You'd also expect some more 'unique' parts where the pirates have had to improvise, especially around the joins.

Long story short, these things look like they were factory produced to look like that, rather than literal kitbashes from bits of space wreckage pirates have found floating around.

So, while I do appreciate the critiques, we're just following the best images and concepts we can. That being said, if we could add more details to the models, in terms of random parts, that's not a bad idea. Sadly, as I'm sure many know, finding skilled modellers to make these additions is a hard thing to come by.

Nevertheless, I'll take it to the development team and see what they think.

The canon designs have pirate paint jobs. Perhaps it really is necessary in order to make them look a little more authentic. Perhaps some scorch marks and weapon damage would help too.

Yep. Agreed. The team is going to revisit the textures to get them less clean and more worn looking.

Yeah,they would look cooler if they had battle damage all over them,not drastic battle damage like a missing piece from a wing/solar panel,just to show that those fighters where through hell and back!

As long as it works

LoL, some galaxy junkers got hold of an area of uncleaned battlefield, then scrap the parts and voila!!! Imperial rebel!!!!!!

The only one that looks like it could exist, is the X-Wing with the Tie Fighter cockpit.

But please, just... kill them with fire. "Canon" or not, these monstrosities should be left by the way side.

if i was a junker or a pirate, i would totally make a ship like that with the leftovers ^^

I like everything but the Vornskyr, it looks really weird.