Forgotten Myths version 0.875 is released. This version marks the beginning of our Linux presence as well! With the addition of Linux, Forgotten Myths is now on PC, Mac, Linux, Android and Webplayer. Now we have iOS in our sight and we will go after it to complete the set. 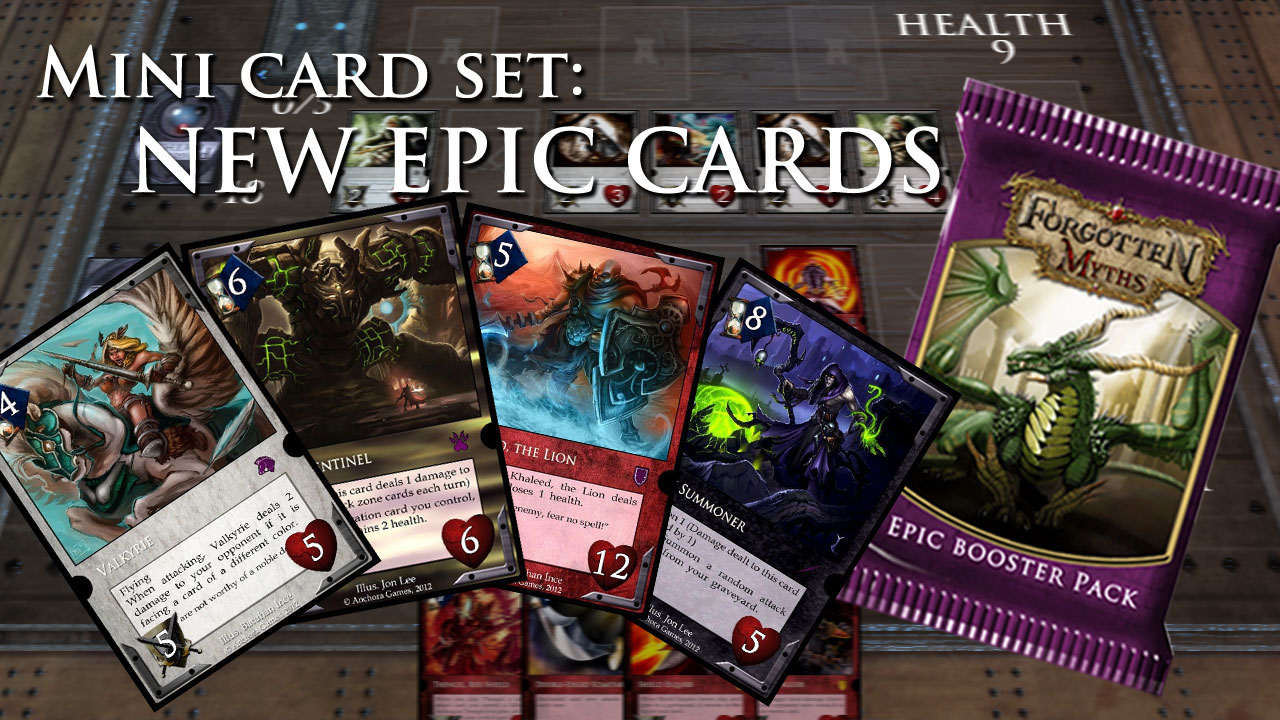 Here is what version 0.875 has to offer:
- New Epic cards are here! - We introduced a mini card set with some fantastic new cards.
- New experience system - Now regardless of whether you lose or win a match, you gain experiences as long as you do some damage to your opponent and kill a few of his/her cards!
- New card abilities! - Over 20 cards of the first set are now featuring new abilities to create even more combinations.
- New turn progression in game - Players will now alternate in starting the turns in game, leading in one turn and following in the next.
- Card updates
- Bug fixes and performance improvements

Link to their moddb page for those too lazy to search :D
Moddb.com