This news post covers the latest updates for JBS 3D.

It has been a few months since I last posted a news post or video for that matter, the reason being is I wanted to wait until I had some significant progress before posting again. Now that A lot has changed and the treehouse surrounding environment is coming together I feel now's a good time to share with you all!

Before going over the latest updates I would like to mention that everything below is shown in this video:

So what's been going on behind the scenes? Well for starters I molded and painted the entire terrain for the exterior of the treehouse area, in order to really give the area some life this was necessary, plus I was getting close to finishing up the treehouse interior wall area so it was time to move onto expanding the area and making it beautiful ^_^

Next some of the shaders in the scene weren't working correctly due to them not being dual sided, so I went in and edited the shaders manually to display them in a fashion that worked for my scene. The items in particular were mostly the veggies in the garden, here's an update image: 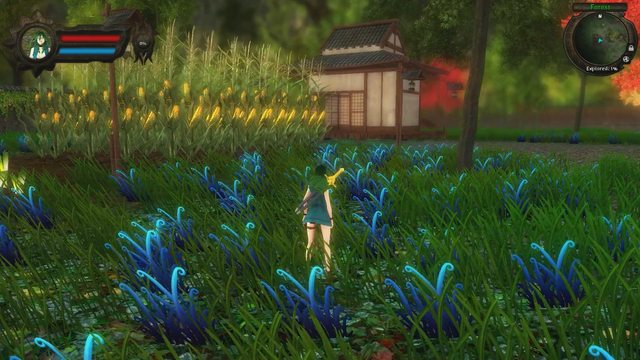 To finish off the setup for the interior area I added in walls for most of the paths, set up lamps and added in a Dojo/Training center, I swapped out the old small buildings next to the veggie garden for smaller, more cozy buildings. 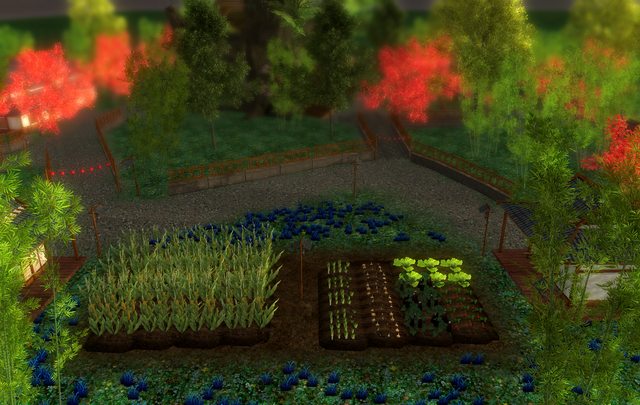 After that I worked on the grass for the entire area, getting the right intensity for the grasses (as I used 3 different ones) took a bit of tinkering but all in a days work, now the entire area looks beautiful with the addition. Of course the grass is not the only thing added in, a few different type of trees were sprinkled throughout the level, of course Shyla's treehouse couldn't be the only tree of that type in the area could it? Course not, a little modification to the tree texture and mesh displays and we now have them here and there in all over the level. 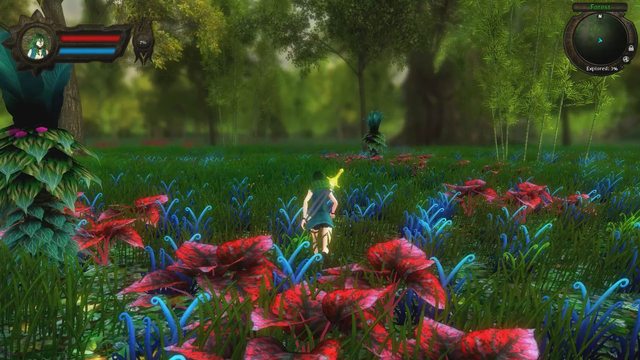 With all that setup the environment still needs a ton of work but it's coming together nicely, what can be expected is deeper water areas, more animals, enemies, caves, hidden areas and in one section in particular a swamp area with an underground entrance. For now what I did manage to add in was the start of the hedges area, this area will be a maze/puzzle area where Shyla will have to venture into at some point in the game, uncovering a few secrets of her past along the way. This area is one of many that will be blocked off at the start of the game and only accessible after a certain amount of progress has been achieved, to block these areas off I am using a enchanted seal over the doors/exits. 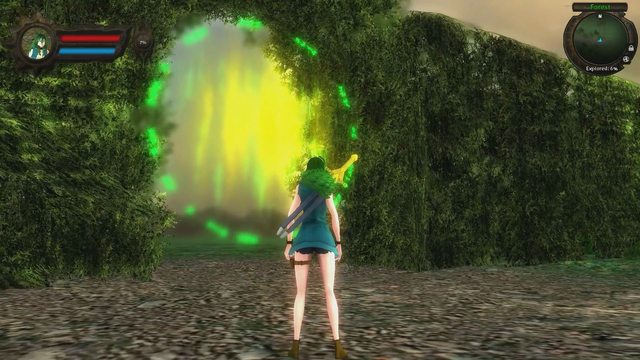 Next I wanted to add a pond into the inner wall area of the treehouse area so I set that up and decorated it a bit, I still need to add in the bubbles and perhaps some small animals. 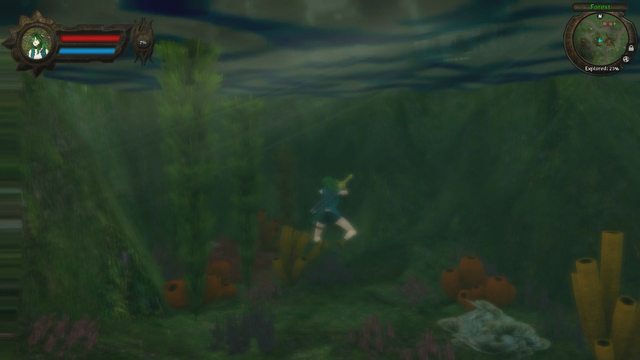 Now with all of this in the scene, if you have used Unity much you may be wondering "how does it run?", well I had to do some tinkering with the terrain billboard/pixelation settings to get it to load nicely and I am also working on using SECTR to stream areas enabling for faster runtime gameplay. Right now it works great but I feel it still needs a small bit of work before it will run awesomely. With that said a lot of work has gone into these latest updates as the area is quiet large.

The last small tweaks are SSAO Pro addon which sets very realistic shading for everything in the scene, Alloy shaders which can make metal, swords or any other shiny texture, giving a few things here and there that AAA sparkle, last but not least I changed the Skybox as I felt something more expanding was needed to present that the world is huge. The previous one is great but I want to test the waters and see how people feel about the new skybox.

This is all the updates I have to share with you right now but more will come soon! Let me know what you think of the latest additions, until next time!