As a horror mod that took only a year to develop, Flesh delivers where few developers dare to tread.

Where should I start? Flesh is one hell of an ambitious project, diverting from the dull stream of Half Life 2 fps mods that has been plaguing Mod DB for quite some time. Flesh will be a refreshing (if not shocking) wake up call for those who are reluctant enough to not download this mod yet. For those familiar with commercial horror titles, they will notice that Flesh pays it's respects to titles like Silent Hill, Penumbra, and Siren. If they got a kick out of those, they'll definitely get a kick out of Flesh.

Game-play: 9/10
First of all I just want to point out that this game is not made for gun-toting muscle heads. There is just simply no way you are going to enjoy this game if you like blasting zombies with rockets and machine guns. Flesh was just simply not meant to cater to such an audience, because unlike most horror games, Flesh tries to strike fear into the player through the absence of your lead-spitting guardian angel. So instead you are left with these options, run, hide, and pray that they don't find you.
"They" is composed of hordes of shambling bodies possessed by spirits and other entities that I shall not mention. They move in dedicated patrols and until something crosses their path, like you. Without the means to defend yourself, your only option is to run like hell until they give up their chase. Thankfully, the chase is something that the players could easily end, for the npcs aren't sophisticated enough to return to their original patrols, and instead they will aimlessly wander in the general area. This can be both a plus and minus for the player, because the npc might be stuck in a spot where it can never see the player, or block a place necessary for the player to get through.
Thankfully the player has a few tricks up his sleeves to deal with these slobbering monstrosities. First of all is the ability to crouch and sneak past your enemies, which actually does a lot more than running past them with your flashlight on. Another trick in the player's possession is his unexplainable ability to see through the eyes of his enemies, which allows you to discern the enemy's patrol path and time your escapes when they're not looking. And damn, doesn't the blood go cold when you see yourself through the enemies eyes, and he's headed straight to you.
As for the consequences of failing evasion, you won't get a gore fest of your character's death, instead you get a very ambiguous end. I'll be honest on this one, the concept is wonderful, since it leaves the character's death up to the player's sick imagination, but it's execution could have been better in Flesh. I want at least an inkling of what happens to the character to stir up my imagination instead of a tasteless "They caught you" screen.
Then there is the player mechanics. Unlike most Half Life 2 mods, Flesh is one of the few to utilize the 3rd person camera, which serves as a major plus since it gives a more comprehensive view of Flesh's beautiful environment. The player movements are also restricted to moving back and forth, and turning left and right. This makes negotiating terrain much more difficult than necessary, but thankfully Flesh's terrain isn't super complicated to navigate, so players shouldn't find too much to complain about.
As for the puzzles in Flesh, some players might be surprised by the apparent ease to solve them(it was easy for me at least). I would say that it works rather well in Flesh's favor since the game's immersion isn't interrupted by long, frustrating periods of puzzle solving. 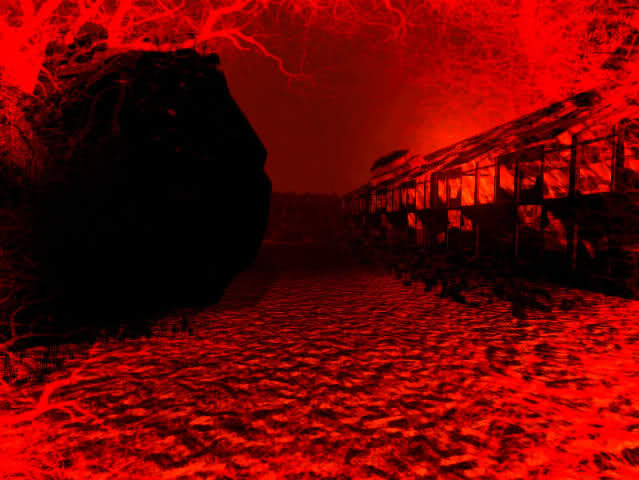 The Story: 8/10
The once extremely rich and powerful Blair of the Blair estate once had many things,

But one day, true love was no longer in Blair's possession upon the eave of his wife's death,

and will never be again.

So like most rich egotistical bastards, Blair decides to invest all of his power and wealth to develop

state of the art technology and revive the most disgusting cult rituals to bring back the dead.

Unsurprisingly, these efforts resulted in a supernatural catastrophe that consumed the entire estate,

turning it into a horror house of monstrosities and hazards, and setting up the backdrop for Flesh.
Unfortunately for Flesh, the story will be the sorest point for players. While Flesh manages to
deliver an excellent back story, providing a plausible world fit for immersion,
Flesh only gets its hands wet when it comes to the player part in the whole story.
You, the player, play the part as the innocent bystander, driven by the passive motive of survival,
imposed upon the responsibility of reversing all the evil that has befallen this haunted abode,
and whose actions will inexorably save the world. Expect the second person to be used in excess,
because a string of commands will be the only acknowledgement you'll receive from the characters.
But that does not mean Flesh has a terrible story, far from it. Players' spines will tingle as they
eavesdrop on the last words of survivors never to be seen again, witness the deterioration of
Blair throughout the game, and discern the motives that led to the Blair estate's downfall. Just don't
expect any allegories about yourself. 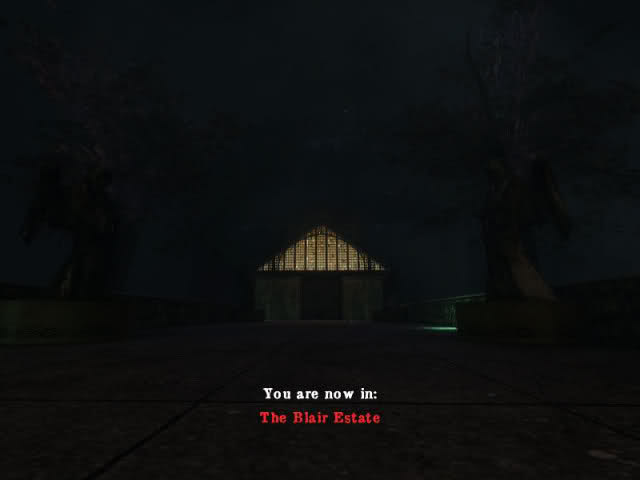 Sound: 10/10
Sound can either break or break a game, and by god, the music absolutely made Flesh. I just simply
have nothing to complain about when it comes to sound. Whether you are investigating dark rooms
stealthy, escaping from a burning building, or being hounded by the forces of hell, the music will
never fail to set the mood. When the situation is dire, the ambiance is dire, when the situation is
calm, the music is calm. Sometimes I even find myself going into the mod files just to listen to the
music. There is no place for complaint. The ambiance, music, and sound of Flesh is something to
experience.

Graphics: 10/10
For the past 5 years, the video game industry has set the trend that graphical finery should be a
norm amongst video games, and Flesh doesn't stray. This mod is indeed a visual gem in every shape
and form. Made on the 2007 Orange Box Source edition, Flesh takes advantage of the numerous
graphical effects to deliver the visceral and haunting look that horror games are so well known for.
A generous amount of new custom skins and models have been added in Flesh, enough to let you feel
that at least you are in a haunted land not set in the Half Life 2 universe. And let us not forget the
moody lighting, oh there is plenty of that. Flesh will certainly have it's stretches of dark corridors
and caves, but it's not to the point where the player's flashlight will be his constant source of light.
It will be just bright enough for you to see your way, but dark enough for something to hide in it.
Oddly enough, for a world that is as dark as the one Flesh takes place in, you can't help but
notice just how vivid the environments are. Colors used with such powerful tones and shades that they
just leap out of the background. Just like the sound for Flesh, I have no complaints for the graphics,
and words can't describe what I've seen in this mod. It would be better if you saw the mod yourself. 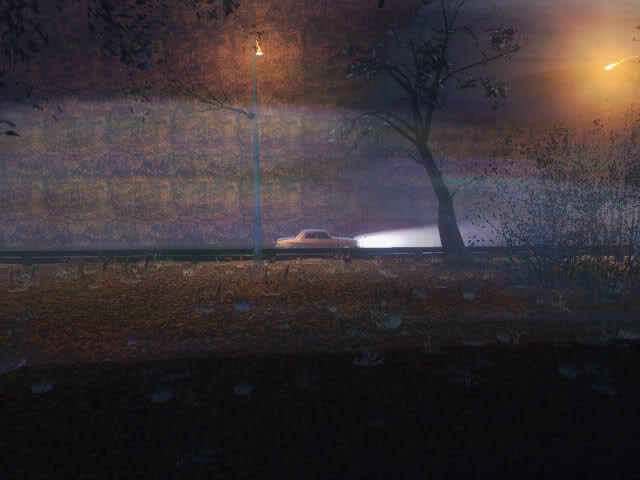 Overall:
Flesh is one hell of a gem amongst the single player Half Life 2 mods out there, and it's even more
astounding that this mod only took less than a full year to complete. The dedication required to
complete such a mod in such a small time span is something I have to see in any other Half Life 2 mod.
Of course this mod is not without its flaws, and there will always be that random glitch that you always
seem to get but nobody else does, but at the same time you have to consider the audacity it must've
taken to create 3rd person horror mod on an engine made for 1st person shooters, and to do it good.
It might not be the game that will deliver an entirely new experience to those who've played
commercial horror games, but in comparison to its brothers here on Mod DB, Flesh would easily stand
amongst ranks of Dear Esther and Portal: Prelude.

You still kill people, but they're characters and have set-ups to their battles, but if you're looking for a grind house of npcs, there isn't one. And besides, I hope killing things aren't the only reason why you play video games, if you can't appreciate story and puzzle solving, then your brain is going to smooth out.

I dont have much of a brain, thats why the zombies take me first. Because if they dont, their in their necks up with 7.62s.

I mostly play video games for the killing, because I have hard time figuring puzzles out.

me too... the gameplay was kinda boring i was stuck everywhere and i didnt expect flesh so bad