Things are moving very quickly indeed. In some ways, it's been nice to have been ill for the past few days. It's meant I've been able to really crack on with Post Script stuff.

I've been working on the main map, both exterior and interior. The vast majority of Post Script's environment is one seamless level, so it's quite a challenge to keep detail up while making sure I don't bring framerates down. I'm settling on a mid-level of detail - I'm aware this isn't going to be the most beautiful mod in the world visually, but hopefully in-game the atmosphere will be there. 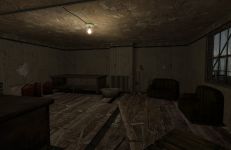 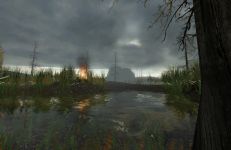 Additionally, since a few people were asking about gameplay footage... well, showing any of it in context would spoil everything, really. So I sat down for a couple of hours today and made a quick little teaser trailer.


Head over here to read the development blog and find out more about Post Script. Things are moving swiftly. I have a release date in mind. There is no way on Earth that I'm telling you it.

In the meantime, if anyone is involved with a website or similar who'd be interested in covering Post Script in any way, do get in touch! Email postscriptmod[at]gmail.com and we'll have a lovely chat.

this, is, sexy... and kinda mind prodding... but my mind is easily prodded... so, PORD PROD PROD!

Very good trailer, and I do like your maps.

Cool video, didn't tease much but I like the sounds and effects!

Wow, this is awesome. I'll give it a watch!!