The initial release w2r1 is ready. Their is a moddb download and soon their will be a desura download.

The initial release w2r1 is ready and awaiting approval. The install instructions for the normal download can be found here at the bottom of the page: springrts.com/wiki/Games . Their are 3 units the assault corvette, the liberty class heavy cruiser,
and the mcu. Their are two buildings the cruiser yard and the energy
tower. Both structures are built by the mcu. At the moment the ships only have one weapon coded; the coaxial railgun. This massive rail gun run through the entire length of most hegemony ships and its power depends on the reactor size of the ship. The assault corvette will late receive missiles and auto cannons while the liberty class heavy cruiser will have cruise missiles, about 10 broadside non turreted railguns and 3 turreted heavy railguns. The mcu and both buildings are temporary and will be eventually replaced as will the unit pics. Weapon sounds will also be coming soon as will the excelsior class mother ship which will have about 3 times the power of the liberty class and function as a upgraded frigate yard meaning it will be able to produce ships weaker than destroyers. The final release is expected to be about 20 US dollars. During alpha and beta testing the games price will go up. During indev testing the price will be free. However if you choose to buy the game from desura before alpha. you will be able to get the game for 3 US dollars. Half the price of the cost to buy it at the start alpha. Only use RAI ai because its the only one that works. Credit goes to mind traveler for the ship models. 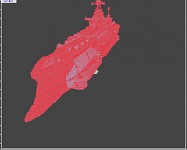