For those who are still interested in this mod, I've decided to finish up existing features and finally upload a working version of the mod, because if I kept postponing the release every time I came up with some idea of how the mod might be improved, it probably wouldn't be released by the next ice age. 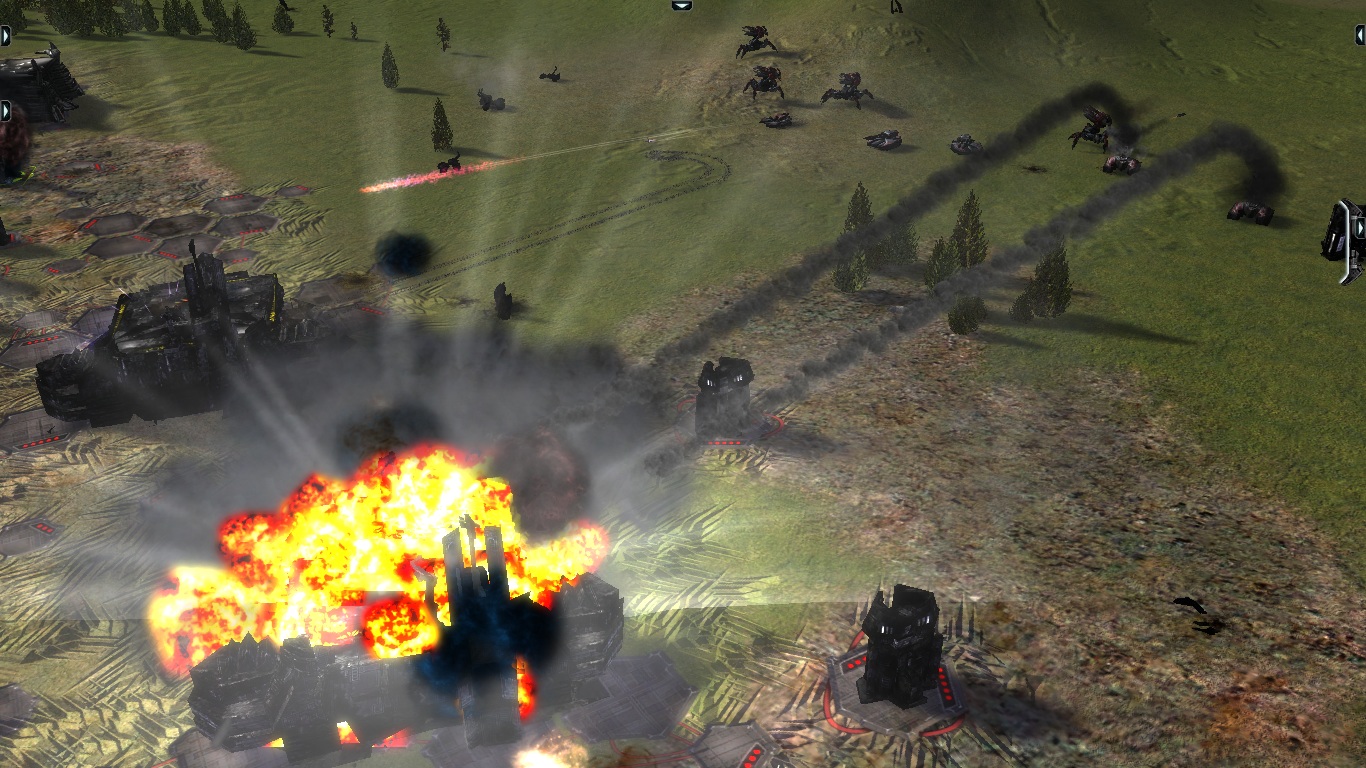 Speaking of which, the new version of the mod contains a few new features, such as modified missile trails, improved underwater destruction, a couple of weapon effects were tweaked as well. Apart from these, the previously promised features (structural integrity explosions, aerial debris and somehow improved environmental effects) are included as well. Please keep in mind, though, that these features are still at quite early stage, probably will be improved in the next release. A few, more complicated features were left out of this release, such as the plane dismemberment, mostly because the functions for these features are quite chaotic at the time.

This version of the mod is fairly stable (at least as far as my testing went), however there are still a couple of minor issues that I yet have to find a work-around for:

- The tweaked Tactical Missile trails sometimes jerk around a bit, especially at the moment when they come into view.

- Structural integrity explosions still use unit's death sound, which is fine most of the time, but still sounds weird when happens to the ACU.

I think you may have accidentally turned off damage for Nukes. I noticed they no longer had any effect after installing the mod, which is a shame because this is probably the single greatest mod I've played with for Supreme Commander.

I actually never messed with damages done by the nukes. All I did was attach a couple of emitters to the missiles.

Do all the nukes do no damage in your game?

Also, do you have any other mods enabled?

None of the nukes (strategic and the UEF Commander backpack tactical nuke missile) seem to do any damage, and I just had the two resource modifiers from the default mods list enabled, but I've always played with those and never had any weird effects. Not sure if it matters but I was playing in multiplayer with one other player vs. AI.

Could you check if the nukes do anything in single player skirmish without any other mods enabled, please? Just to be sure.

I'm running SC:FA version 1.6.6 off Steam, no other mods, and no nukes are doing damage, I even had my commander suicide in the middle of my base with no ill effects.

But I didn't even...ugh
Well, I'm running good old 1.5.3596 retail version, so the problem might be there, if architecture of the code changed somewhere (I seriously need to get the Steam version as well).
Anyway, could you go to \mods\Firey Explosion Mod\hook\projectiles folder and move every folder that isn't "TDFGauss03" or something with 'Tactical' somewhere else, and check whenever that solves something (although the fat trails will be gone). Also, do tactical missiles and UEF Summit class battleships act normally?

Nukes function properly after removing all other folders except the TDFGauss03.

The problem appears to come from the TIFMissileNukeCDR, TIFMissileNuke01, SIFInainoStrategicMissile01, CIFEMPFluxWarhead01, and AIFQuantumWarhead01 folders. ( I did not get the opportunity to test the Seraphim experimental strategic missile)

I just got myself SupComFA for Steam, and indeed there seems to be few minor differences in the code. I'll see what needs to be changed in order to get yours to work properly.

Thanks! Don't divert too much effort though, I'm not sure I'd survive the wrath of everybody else waiting for the next update, besides I can go a while without nukes.

That explosion is delicious!

(supposed to be a reply to Luxor144) I just ran another test, without removing anything from the mod folder, both tactical missiles and the battleships both function correctly, I'll check and see if things change after removing folders.