The final playtest has started and has been going on for a couple of days now. I have received great feedback from it already. The playtest was a bit delayed, the main reason for that was the decision to not only fix all bugs, but also do the final lighting pass. I also decided to rebuild the last level a bit, to frame things better and add an extra story piece and some gameplay variation. 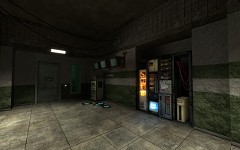 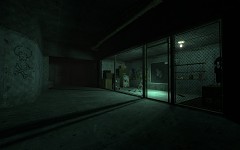 It feels great to enter the last playtest with what I think is very close to the final product. Another great feeling, entering this playtest, was that the number of bugs left to fix were close to none.

The coming week I will work on the feedback I get from this playtest and optimize the levels. I will also work on a trailer and other material for the mods release.

Thanks everyone following this mod, have a nice weekend!

did you get my email reply?

i did, thanks for great feedback, again. :)