The new version of Extreme Wolfenstein has been released! Find out some of the new features here!

In this new version of Extreme Wolfenstein, there are a plethora of new features to enjoy. They include;

A new rocket launcher! Rockets can occasionally be picked-up from SSs. The launchers themselves can be found as an occasional bonus item, sometimes replacing the one-up sphere.

A chaingun! This chaingun can be picked up from certain types of SS. It shoots 5 bullets at once, at 3/4 second intervals. It is certainly the easiest weapon to use for crowd control, and is almost like a shotgun in it's effectivity.

A high-powered rifle! This rifle is also picked up from SSs occasionally. It uses normal ammo, and is mediocreally effective.

The Spear of Destiny! This can be wielded, replacing all other weapons. It has no ammunition constraints, and you must prove yourself worthy of it in battle.

3 New types of SS: ones with MP40s, Rifles, and Chainguns. They all occasionally drop rockets.

Rats that run around prison areas and bite you! They are fairly non-dangerous.

One-Ups that are occasionally replaced by weapons, ammo, or more!

Some additions to the Pac-Man maze

A destroyable radioactive barrel; DON'T try this at home, or at least within 1 tile of the player.

Finally, the fact that you can punch enemies when wielding a weapon with one hand! 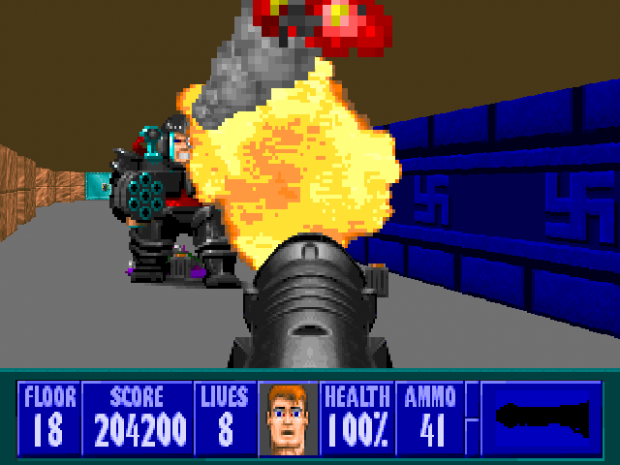 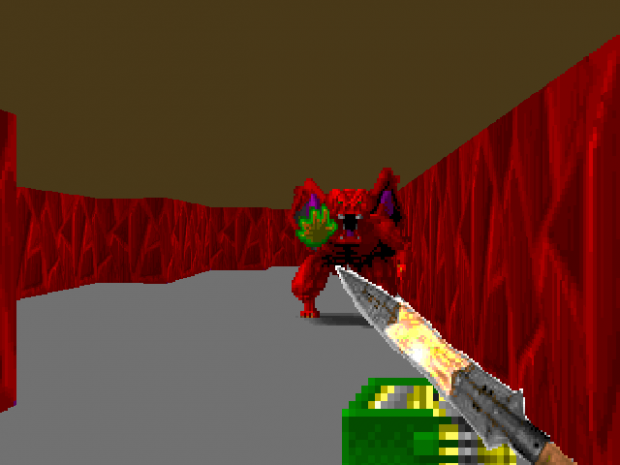 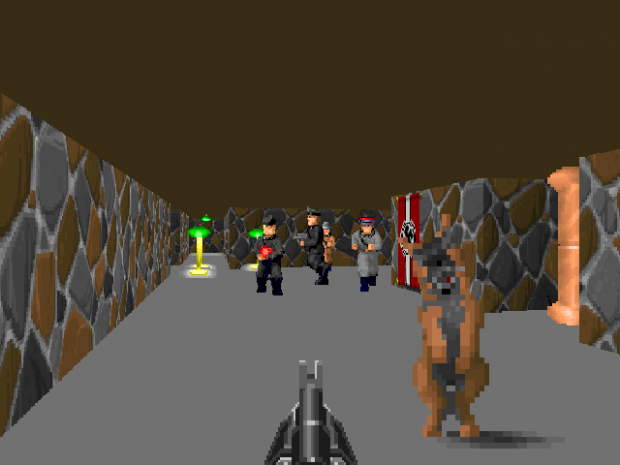 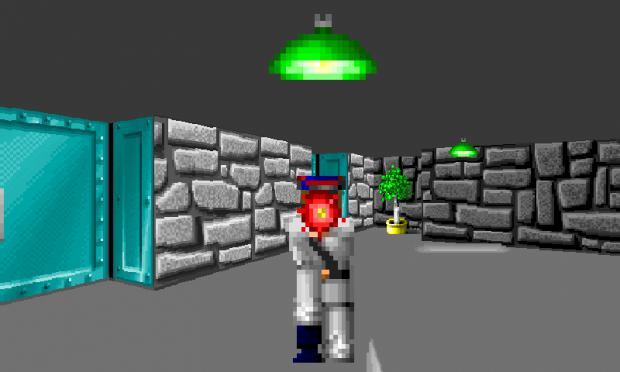 Screenshot #2: oh God, use the AAsistant plugin for the Paint.net to delete those white pixels around the spear -_-'

I was keeping it as a "glow" feature, but yeah, I agree with you.

For a "glow" feature use the "Outline Object" plugin for the same Paint.net program. Make outline "soft" and it will look like a lighting spear.

To be honest, I used GIMP, and I'm only familiar with photoshop. However, I will try this paint.net that you speak of.

I can help with this if needed.

I would like to accomplish this myself if possible, but I appreciate the offer, and should I get stuck, I know where to turn to. Honestly speaking, it took me so long to make the spear teleport the player AND be picked up. I didn't thoroughly examine the graphics.

I had not realized that I was talking one of the Great Creators of DooD, most glorious of the DOOM mods! Thank you and all who contributed for DooD and DooW. They bring what modern DOOM mods lack back: fun madness.

Thank you too for the such appreciation!