Extreme Wolfenstein is a gameplay enhancement mod for modern gamers. Now you can play classic levels as they felt the first time; tense, and precarious. Enemies are stronger, smarter, and better equipped. Variety has been added to the enemies, so that you never know what may lurk around the corner. Some boss levels are automatically tweaked, to include mini-bosses or different items. The arsenal has increased dramatically; you now have at your disposal a rifle, chain-gun, flamethrower, and rocket-launcher in addition to the original weapons. Duke-Nukem style kicking is possible with the alt-fire key, and you can throw stick-grenades with the reload key.

What are you waiting for? The Reich isn't gonna vanquish itself. 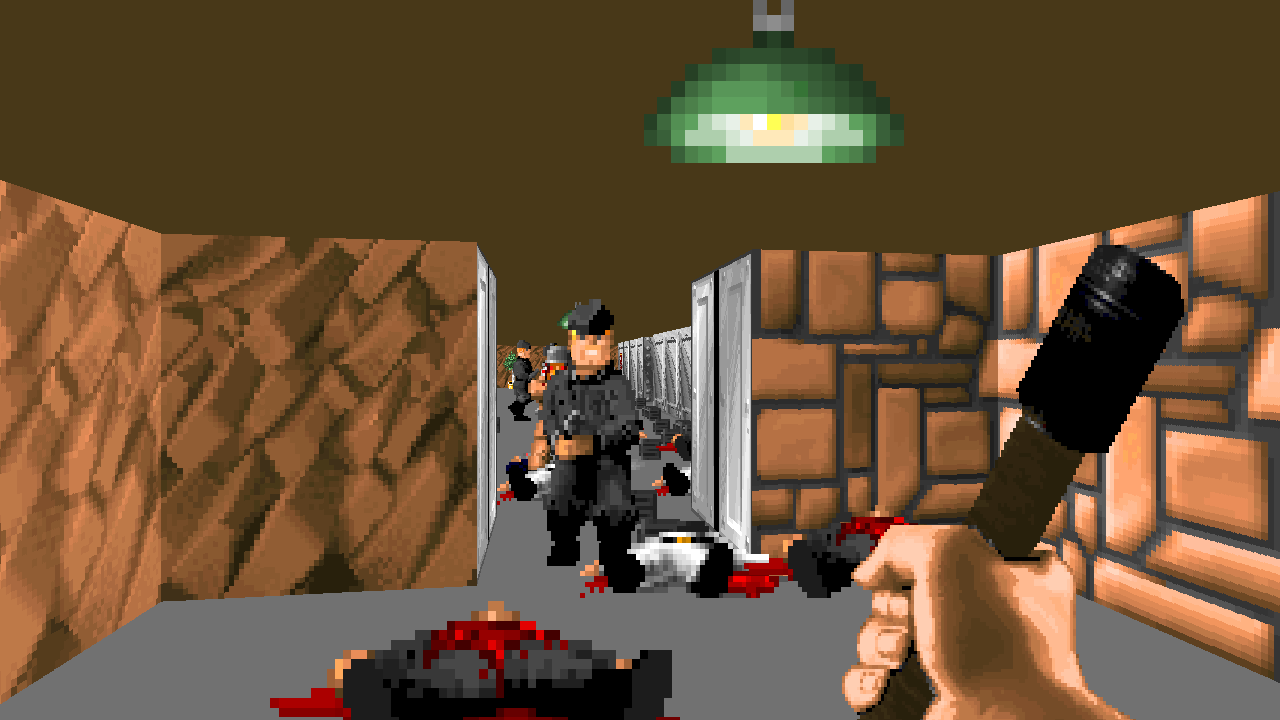 After months of completely re-writing all the code, this mod is now crash-free!

In this version, there are some new map-based enhancements, new graphics for all weapons, dual-wielded MP40s, a richer palette, a few new enemies, more guard variations, and much, much more. However, in the spotlight, I must place...

Yes, there are now grenades in Extreme Wolfenstien. You can tell how many you have by the indicator in the bottom-right of the screen. They're dropped by Rifle-SS guards, or by the item-backpacks that now replace the one-ups. They can clear out a room pretty quickly, but be careful to not stand near them, as the result could be spontaneous combustion.

Here's a few shots of the new version: 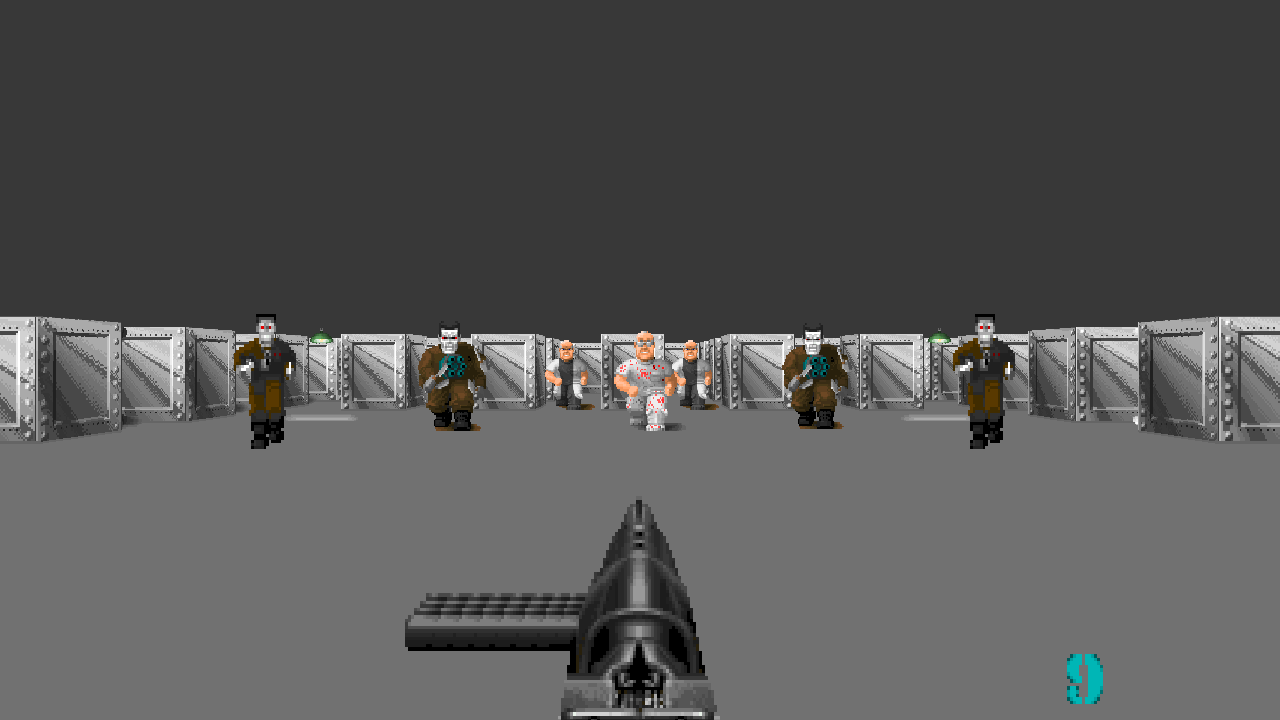 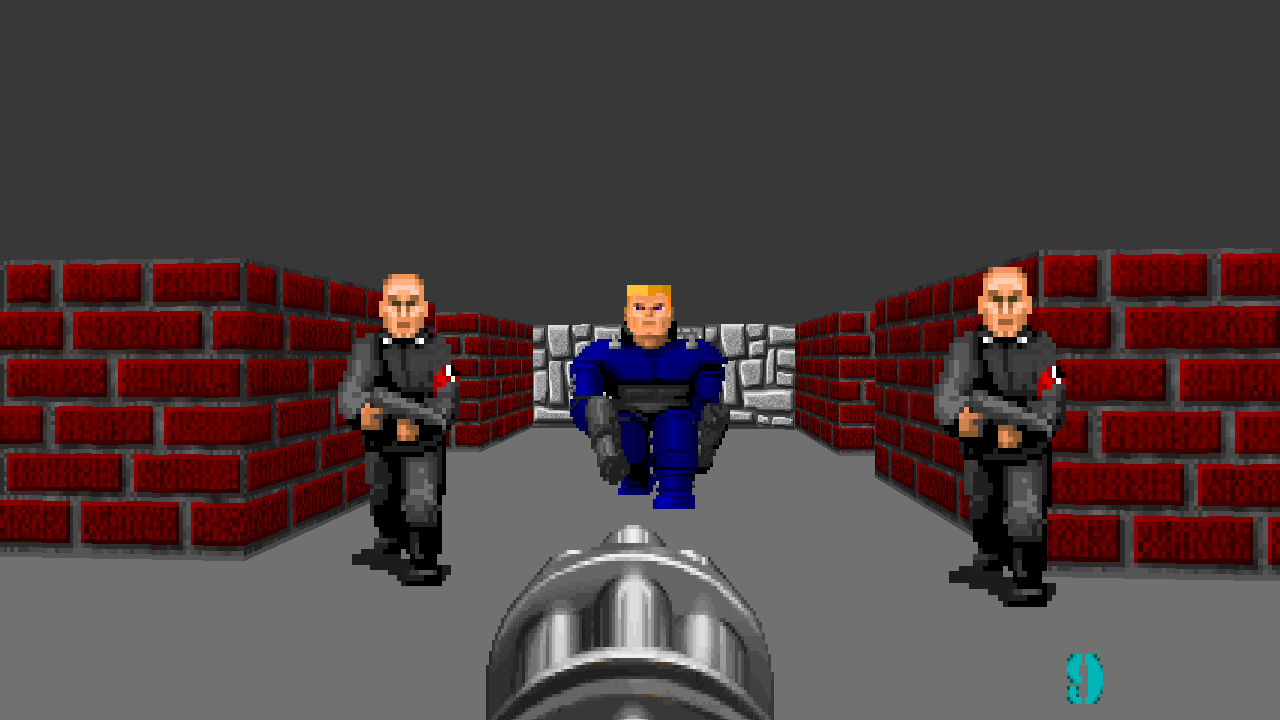 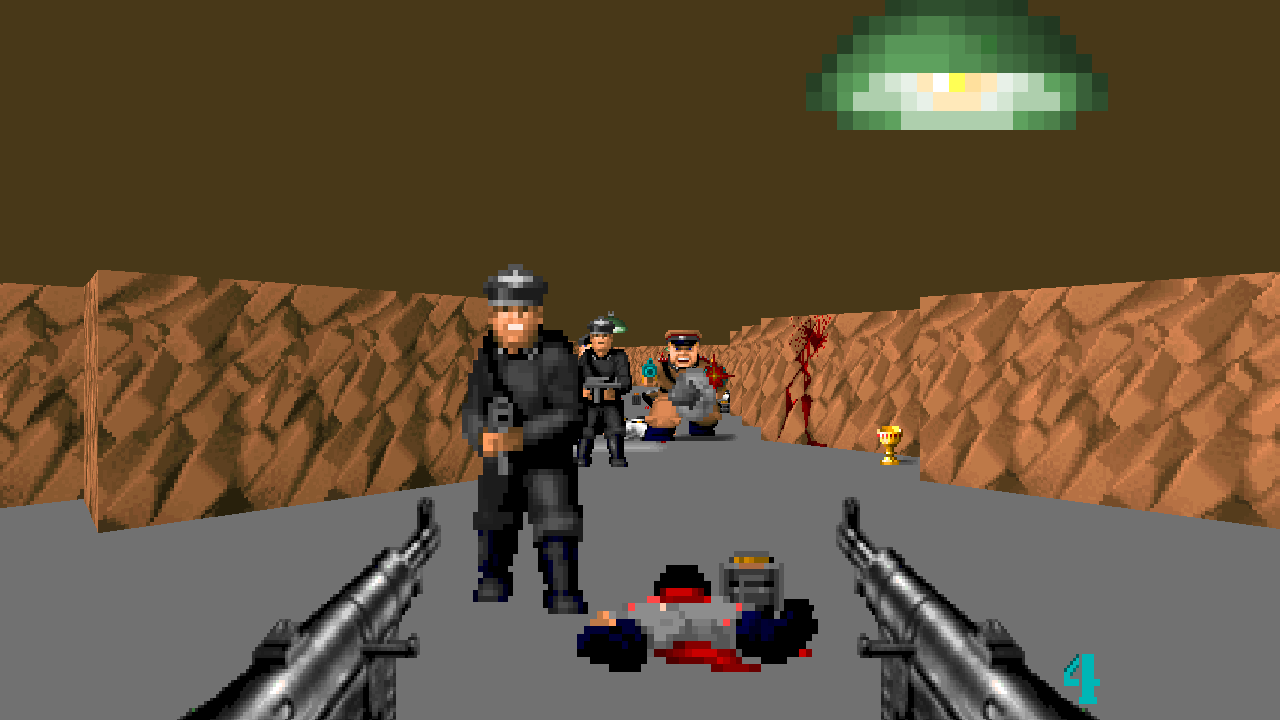 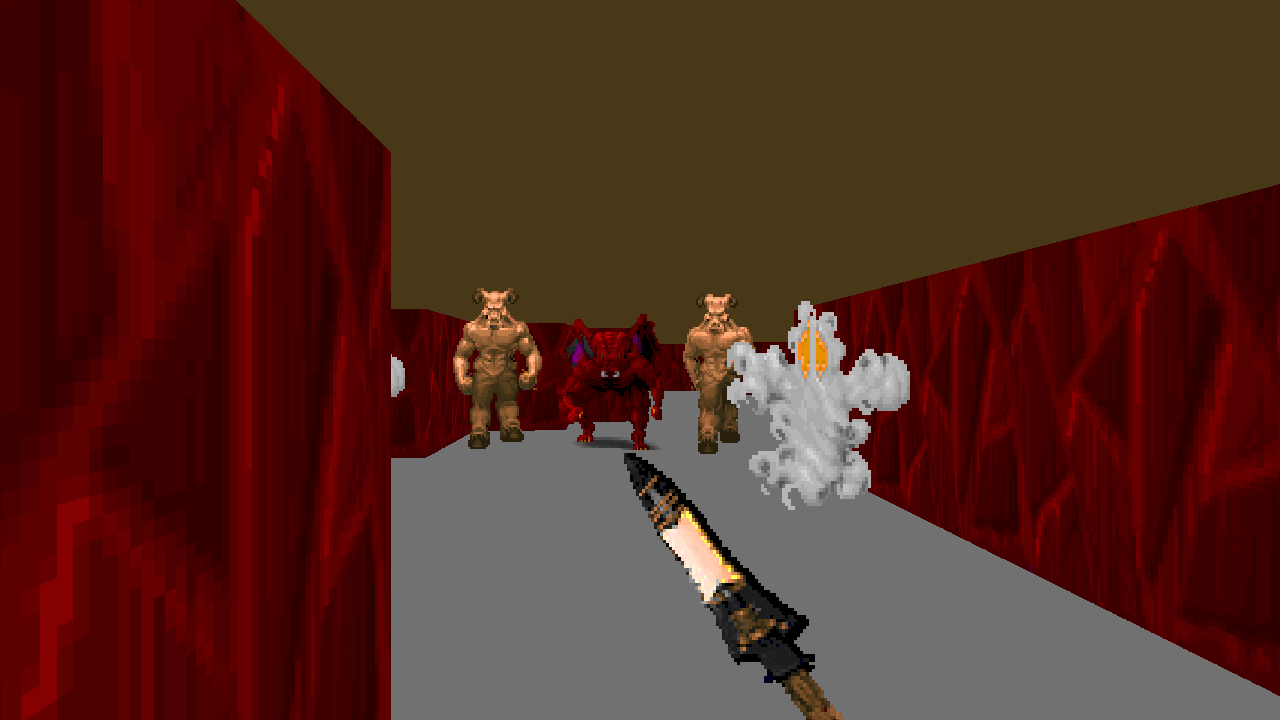 Extreme Wolfenstein is an immersive mod. So immersive it is, that it crashes excessively. I am wirting to tell you that, first of all, the crashes will...

Catch up on the latest news on Extreme Wolfenstein 3D: Version 3!

The new version of Extreme Wolfenstein has been released! Find out some of the new features here!

Extreme Wolfenstein 3D v2-A preview of the new features which will be added soon!

This is the 4th version of Extreme Wolfenstein! Now more extreme than ever before!

The original version of Extreme Wolfenstein 3D, as released May 5th, 2017.

Is there an ECWolf Version of this mod? I would love to see that.

This mod is run with ECWolf, just so you know.

Are you still updating this mod?

I will, eventually, but there's no set date yet.

Nice mod, although there are some problems for me:

Why would the guards speak English when surenderring btw? This is weird, since the Nazis speak German and rarely speaks English.

(I also saw Brutal Wolfenstein 3D, a Doom mod and they had the same surrrendering system, the only diffrence is that they yell "Halt!" which means "Stop!", which means he tells the player to stop shooting.)

Also, the color pallete looks pretty gray and dull, like something you would see in a modern day FPS.

I agree with you on the subject of the surrendering sounds. I had planned to replace them, but as I had just re-written all of the code for the mod, it was "forgotten".

As for the palette: Yes, it certainly is dull, and the goal was to make it look like a modern FPS. I'll probably restore the blue to its original shade in a future version, and possibly the green.

Thank you for the input! It's nice to hear what the community has to say!

After trying out the weapons (great job - even coming from a brutal doom player), I'd like to suggest a double barrel shotgun (maybe as pickups, right before the big bosses?) ;-)

Thanks!
This is a cool idea-It's something I've been considering for a while.
I didn't want to swamp the player with a ton of new weapons, but I think this one is definitely worth it. Perhaps I'll make the map script replace clips with shells on certain levels, and MP40s/Chainguns with shotguns.

Man, you know what you are doing... And I like it!