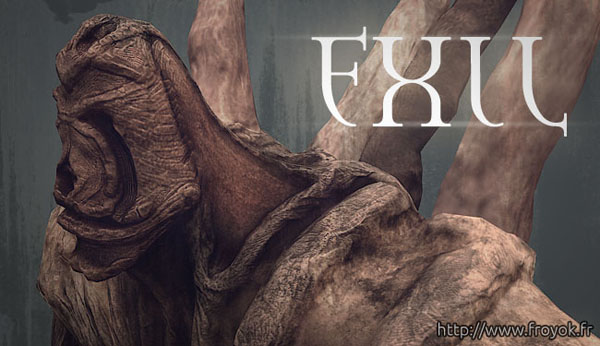 This new update is small, I was very busy the last month so I was unable to work as hard I would like.

I stopped working on Lena to focus myself about a new gampelay part. The climbing system works fine (even if it is not perfect) so I decided to use it as base for the Colossi.

Unfortunately since I'm using the UDK I reach a lot of technical constraints. This mean I had to rewrite a new system for climbing the Colossi. Currently I use a grid which follow the Colossus' bones. This grid is made by hand because I can't generate it procedurally. It's a bit boring, but the benefit in the end is that I'm sure the grid will work as I want. It will allow me to personalize specifically each grid per Colossus. The grid is loaded with the colossus when you are ingame, and then the player can climb it point by point.

Take a look at some images of the current climbing system : 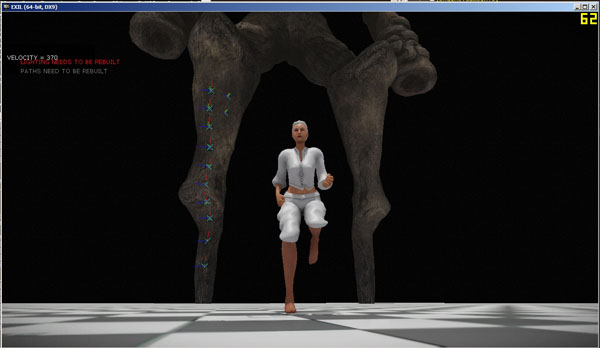 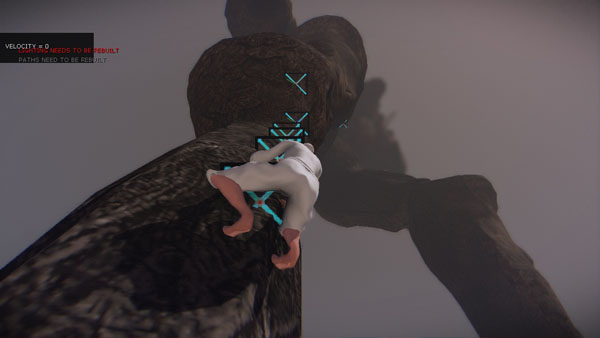 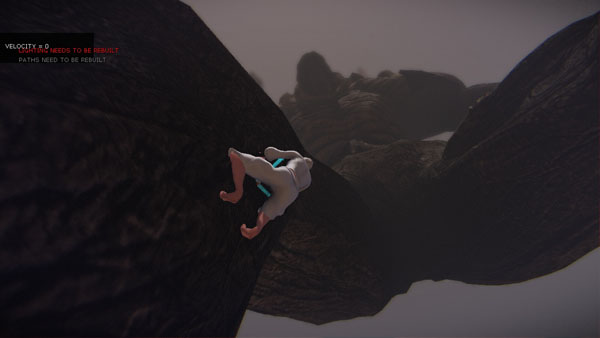 or
by my personal blog : Froyok.fr

awesome! do you think it'll be possible to make a climbable material or "zone" on the collosi? so that it'll be like in shadow of the collosus or dragon's dogma? that would be so cool. so, that you can climb where ever you want on the body, or at least on the certain areas.

Unfortunately : no.
The way how the characters are handle in the UDK make me unable to create a free climbing system. However, if the grid has a lot of points, you will not feel that your are on a grid. The movement between the points will be smooth.

I'm really digging this a lot. I guess the best way to describe the climbing would be to relate it to Shadow of The Colossus? I know for sure that you could climb more or less where their "hair" was and other sort of ledges on their body, which in turn would relate to separate points that the UDK provides.