This version has been in the works for many months now. It involves some pretty significant game changes. First off, big thanks to Google_Frog and Godde for ideas, and especially to Godde who has been helping me test this over and over and over. 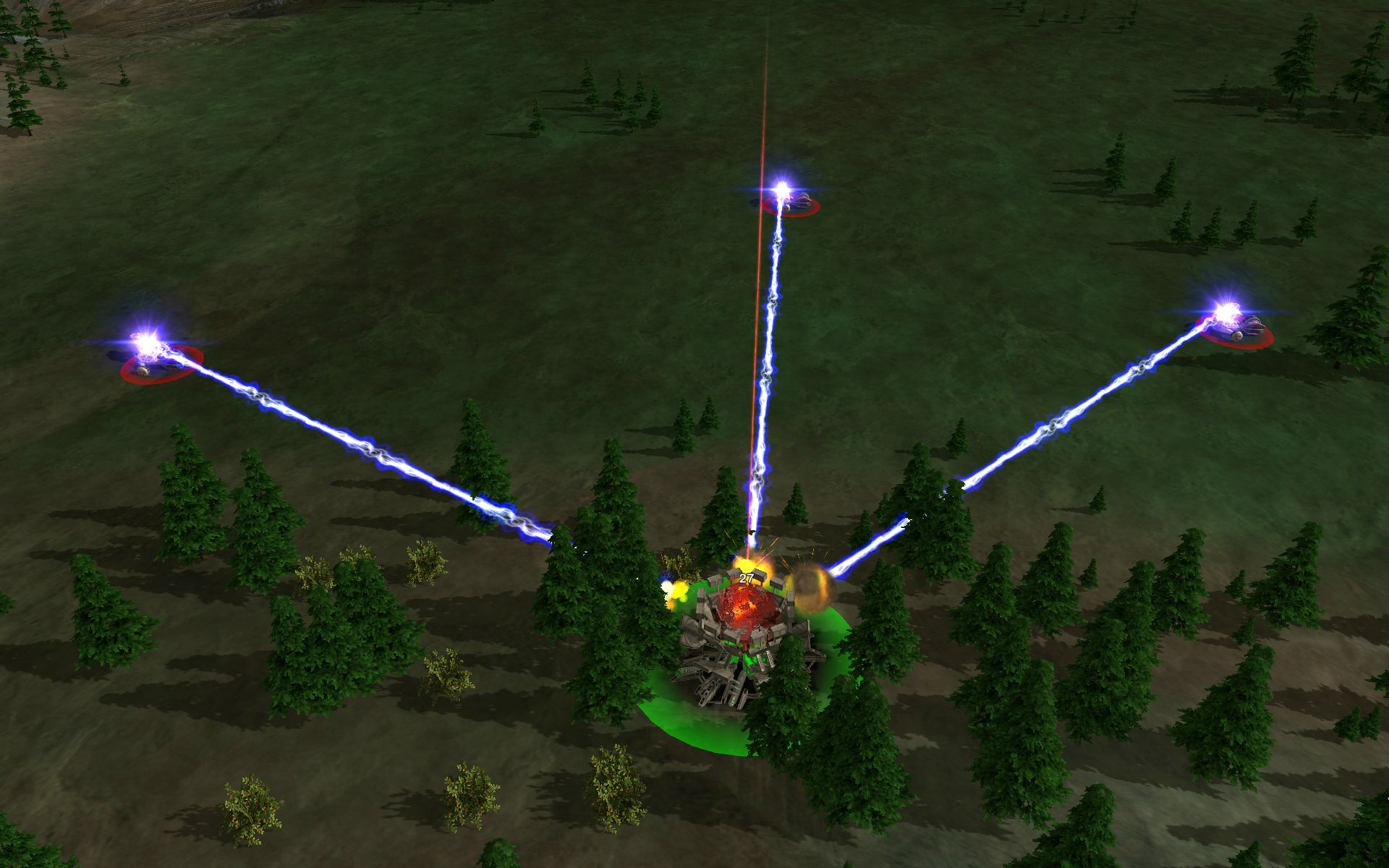 This version has been in the works for many months now. It involves some pretty significant game changes. First off, big thanks to Google_Frog and Godde for ideas, and especially to Godde who has been helping me test this over and over and over.

The most significant changes are as follows:

Armor system completely revamped
It is now broken up into 3 categories. Light, Armored and Buildings. Every unit with a weapon is given certain damage boosts vs an armor type. Make sure to check the unit descriptions (mouse over them ingame -- It will be a few days before I have the wiki updated) for their armortype and what group their bonus is vs.

As you can imagine, this simplifies the gameplay a LOT. Hopefully everyone has an easy time adjusting to this change.

Metal Makers embraced into the overall economy
That won't make much sense to most of you, but basically what it means is that metal makers are now designed to actually be built under normal circumstances.

So essentially -10 energy and +1 metal (the equivalent of 2 metal extractors).

Unit cost gap reduced
Meaning that before, there was roughly a 100 difference between the cost of units. That gap has been reduced to 20. Meaning that a light raider costs 20, and a fatso costs 40.

Fatsos and Anvils are also similarly set within their roles of baserape.

Riot tanks have been given an area of effect, pass-through emp weapon
In other words, giant frigging paralyzer of pwn. Takes a little bit to get used to how to use it the most effectively, but it's a lot of fun.

Pass-through meaning that it will go through a group of units, striking each one on the way through. Best defense vs this is to spread out your unit groups. Unit's clustered together will have a lot of trouble from riot tanks.

Turrets no longer require power to function (or be built)
This should be a pretty welcome change to most, as turrets were a pain to deal with a set up. Beware that turrets also cost more now, and are very specific to their purpose. Surrounding them with barricades will significantly increase their lifespan.

Engine updated to version 91
FINALLY! The bugs in version 89 drove me insane, leading me to come to the following conclusion.

Evolution RTS on Desura will no longer necessarily follow engine releases. It will use the most stable build available. For those of you who don't use Desura but do use ZKLobby, this will not significantly effect you. For those of you not using multi-engine enabled lobbies, I am sorry, but I will no longer be held a slave to a broken engine version. This does not effect Desura users at all!

Well that covers most of it. I am sorry, but it may be several days before the wiki is updated. It is a lot of information to re-write. Sorry for any inconvenience.

So... How about a GNU/Linux version on Desura?

That can only be accomplished with a static build of the engine due to the fact that there are so many linux distributions.

That said, lucky for you JK has been working on static builds and informed me about a week ago that in the next version of the engine, supposedly a static build will be available for linux.