I didn't give a lot of news lately about Boïnihi. This is mainly because I am progressing slowly (taking my time in order to improve the game - and Summer break). However the graphics are almost finished, the OST is complete, and the programming part is done at nearly 30%.

The Black Cubes continues to visit new planets! Project Boïnihi was initiated at the beginning of the year 2017 as a short project (a 1 month personal challenge), but in the end I decided to improve it furthermore, moved to another game engine, and a lot of (good) things happened during the development. Here's a summary of all the past events:

The project looks fine so far and I'm satisfied of the orientation it takes. It will be much shorter than ASA and Catyph (my previous games), easier too probably, as there are only 4 areas to explore and they are quite smaller. But you'll still have to make the link between all the elements and clues that you find, so don't worry, there will still be a bit of challenge! And I hope you'll be interested in the world, story, small animations, etc.

As you may know, the project began with Adventure Maker in low resolution (1024x405). It was intiated as a quick project of 1 month, to be released for free, while I was preparing other things. 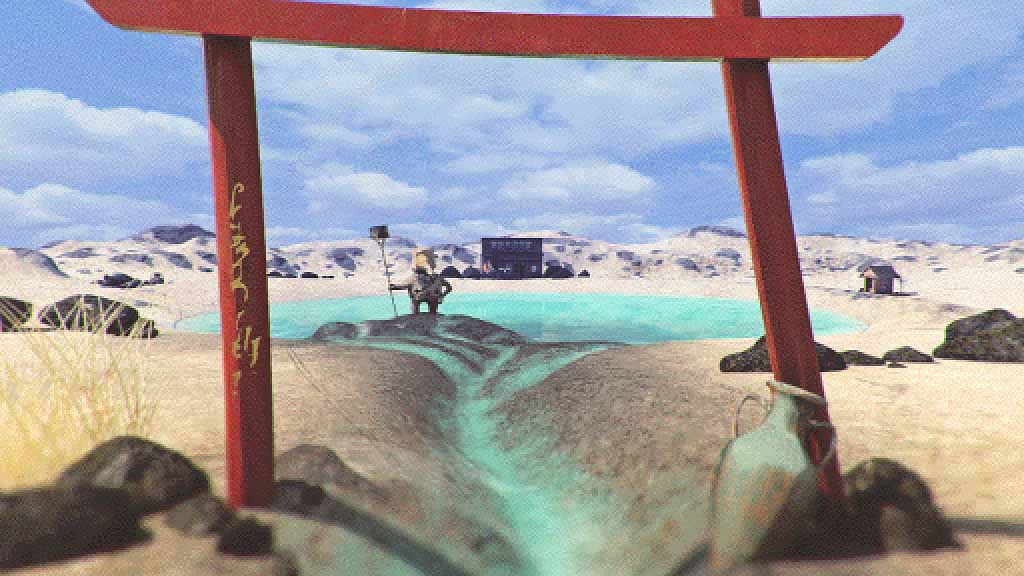 However in April and May (2 months after the project was initiated) I slowly abandoned all of my previous work with the Adventure Maker engine, because I thought there was a potential to do better. You need to know that I love working with Adventure Maker, but it is quite outdated and it would seem that it is not supported anymore by its developer, so I had to recreate Boïnihi from scratch in order to migrate to something better.

Transition period:
During a game jam named "Remake Jam" on itch.io, I created a "new" version of ASA in full 3d, following the theme of this 1 week challenge. It was a way for me to apply my new learnings with Unity (the famous game engine).

At the same period I also tried to recreate the first level of Boïnihi in full 3d with Unity. I made several tests, but it was complicated. Some parts of the 3d scenes were not properly optimized (they were not created on purpose originally) and needed to be redone, and also I didn't master well this engine yet, which is still the case, so I don't feel ready to use it for a commercial project at the moment. 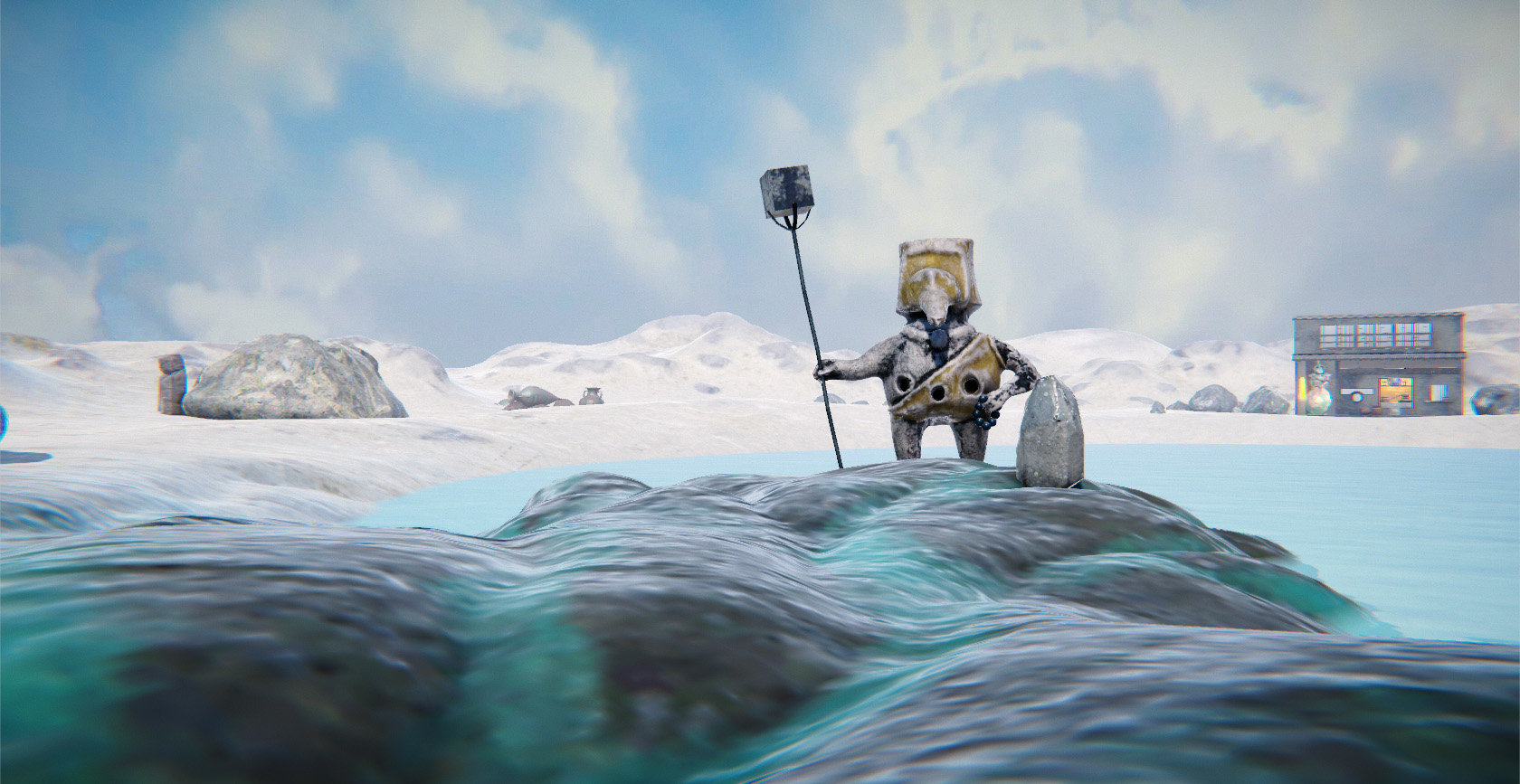 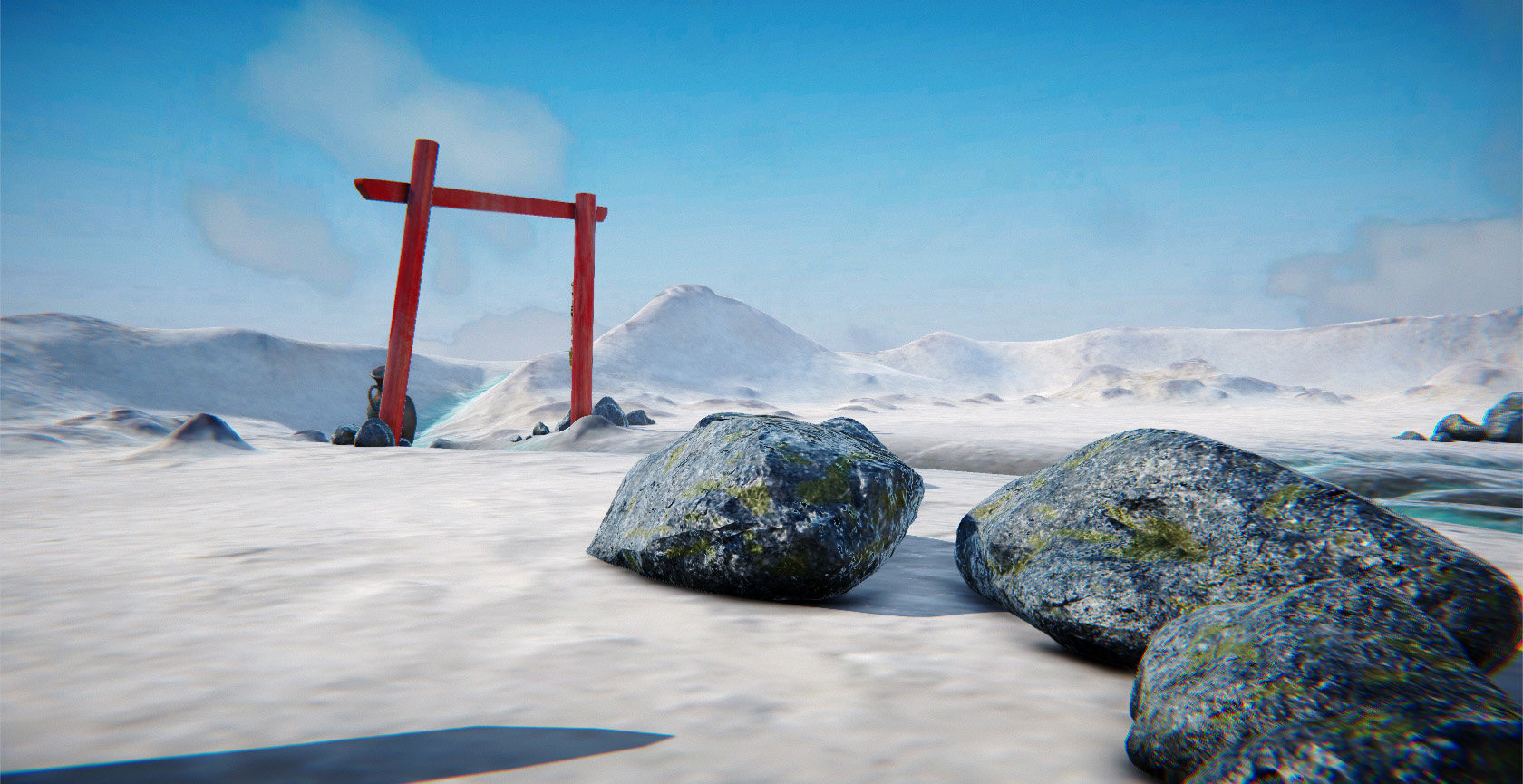 I think it's not bad for a beginner, but not as beautiful as other games in the genre! The result is that I gave up with the idea of using Unity for this very project...

Nevertheless, I hardly wanted to bring an evolution to my work with this game and to propose a new or improved gameplay, or at least something better than in ASA and Catyph. They were sometimes considered as confusing because of the cameras/views choices.

I have spent a lot of time to try to find the proper evolution for Boïnihi, and I was not convinced by what I did before with both Adventure Maker or Unity.

Then a new version of Visionaire Studio released (v5) during Summer, with interesting improvements. My previous games had been created with this engine, which is quite powerful to create point and click games. The new v5 was bringing some features that I had been awaiting for months before.

That is the reason why the game is currently being re-developed in Visionaire, because I know quite well how to use it. I remade all the 3d renders in HD from scratch in 1080p (originally 1024x405). With this new direction, Boïnihi will finally go back to 2d graphics (pre-rendered 3d) like ASA and Catyph before, but I hope that I have been able to bring some nice improvements.

Some of the improvements that I can reveal so far are:

This is the kind of visuals that you can expect in the final project: 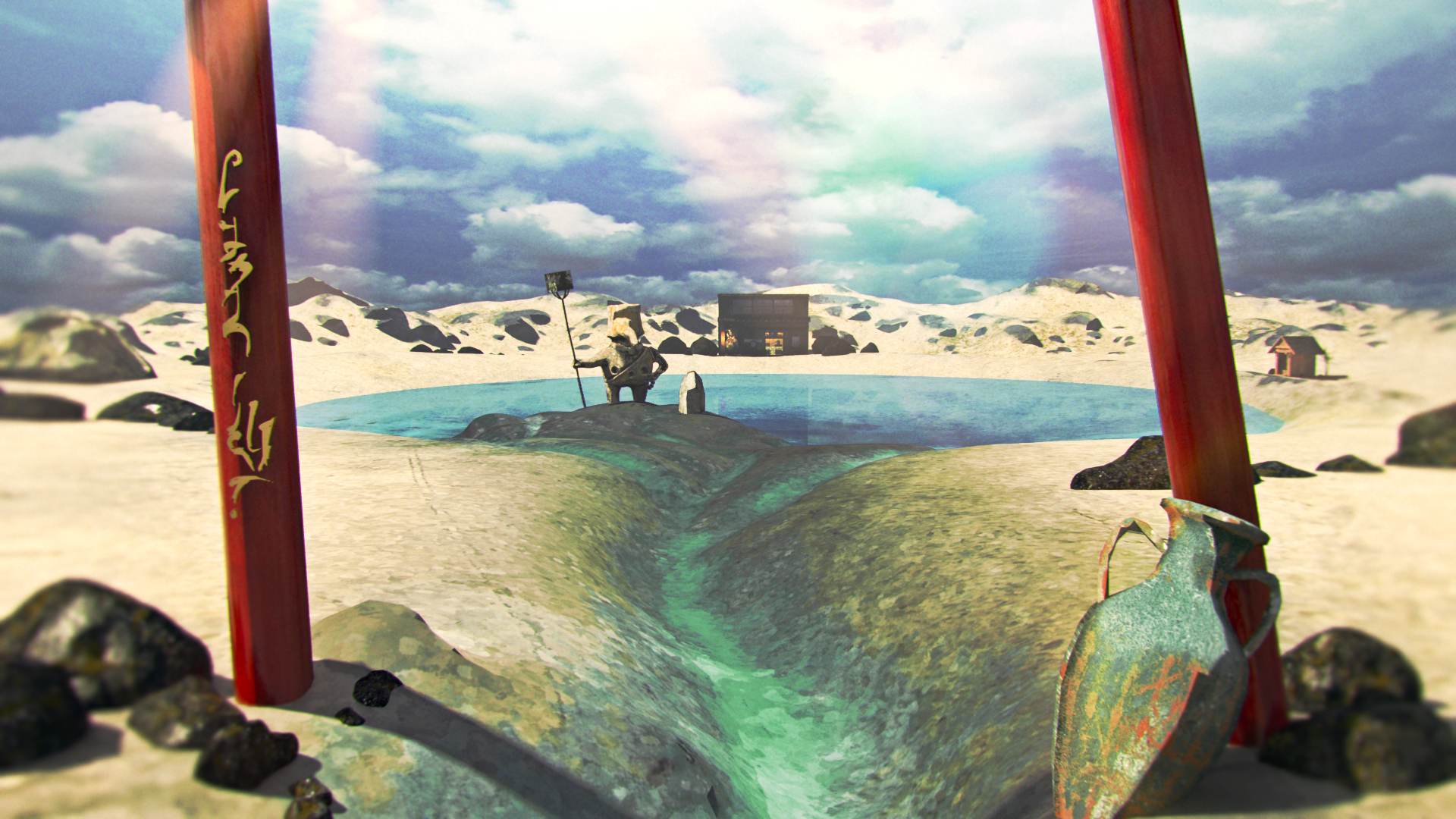 The difference with the previous screenshots above may not be obvious, but trust me that's a huge improvement for the project, mainly because of the full hd support! (compare the pics in real size if you can!)

I hope that the game will have made even more progress by the end of September, because in October there will be the Kickstarter campaign for another game, RealMYHA, with Denis Martin! It's coming soon!

You can stay updated about these projects by following my work on The Black Cube page on Facebook!

A few more screenshots of the game in Visionaire to conclude: 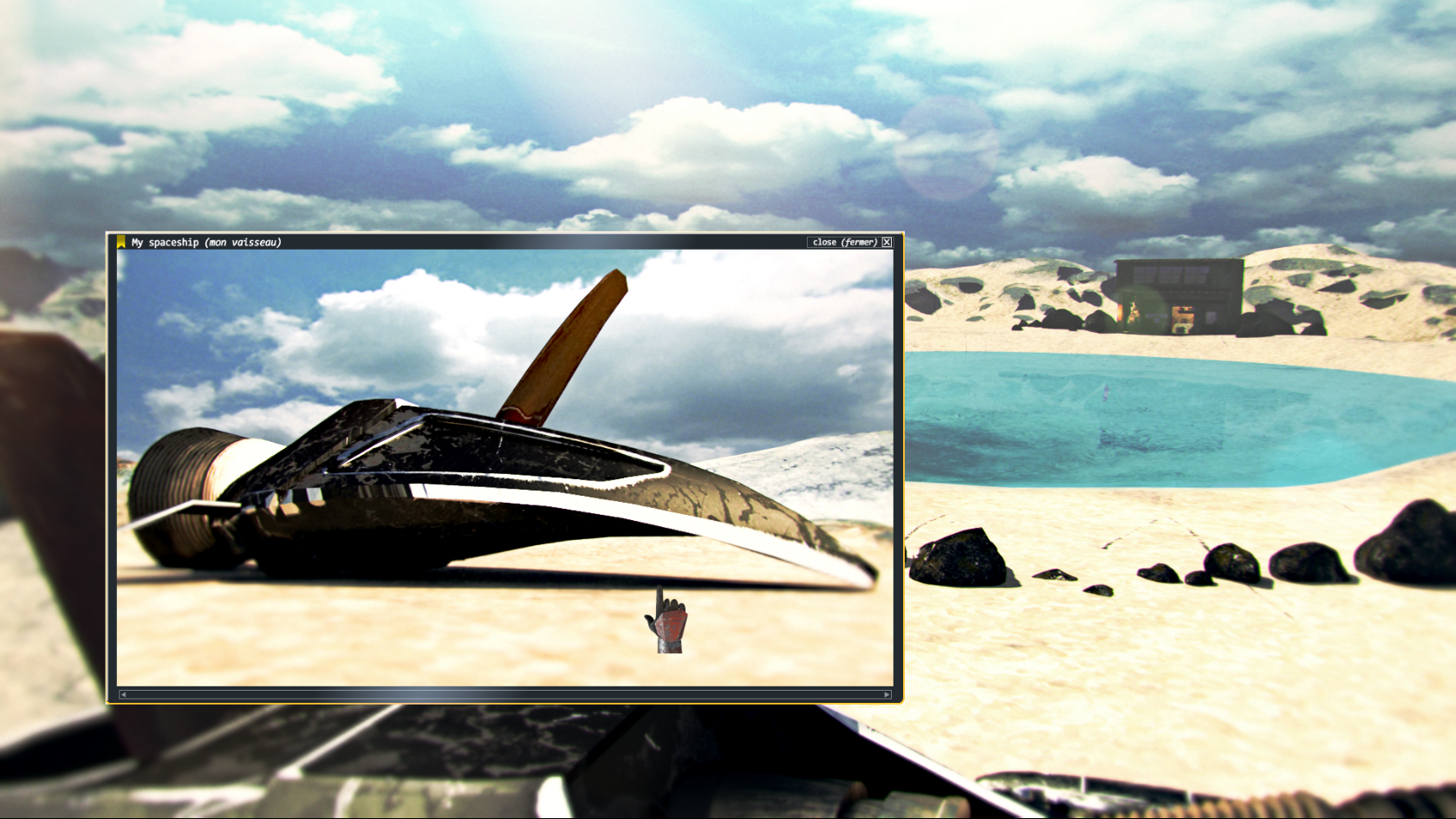 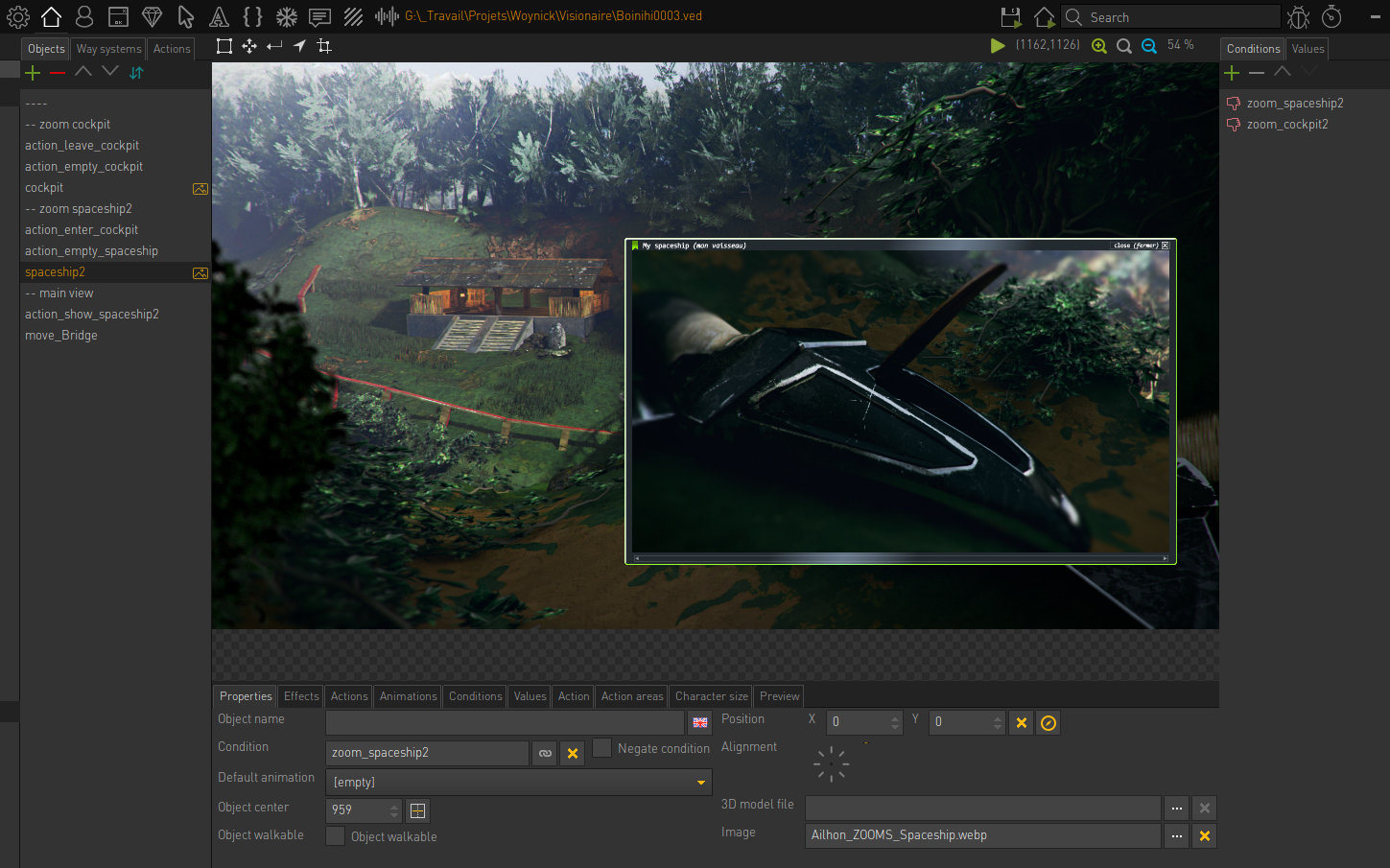 Great update! Everything in your screenshots are awesome! Very nice detail, you obviously have spent a lot of time working on ASA, keep up the hard work.

Thank you! Yes I am trying to improve my skills year after year. I hope to share more details about the game soon!

You are doing great! Thank you for sharing