In this gametype both teams must take control of the extraction point, then evac how many men as possible from this hell like situation. Each man extracted the team score 1 point. Each player have a number of lives, once they burn all of them they will need to wait another round to respawn. So no suicide behavior is allowed. All explosions are deadly and completly random, could be even inside the indoors areas, so there is no safe place there. 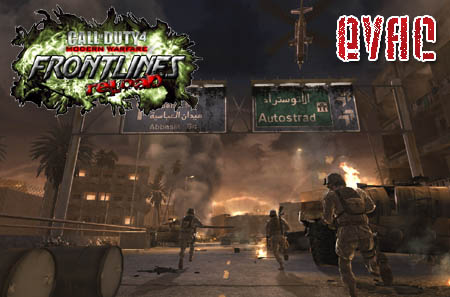 This gametype creates a despair situation to both players, make they feel they are in the middle or something really close to hell and they must get out of there fast as possible. Everything is colapsing and both teams are called back to evac how many men as possible before everything went down. But the main problem the escape zone is the same to both teams, and it's were the war begins.

Both teams must secure the escape zone while the rest of your men must escape to score for your team. Each time a soldier escape the team score 1 point and he will be respawned back to his start spawn to try to escape again.

Sounds easy but it isn't, the team must put his best men in to the protection squad to secure the zone AND the path between the spawn and the escape zone, while the others must focus in escape and be prepared to substitute some members of the protection squad who get killed, and do all that in the middle of hell, so it's hard work and really hardcore aside it's respawn gametype.


Few things that must avoid is start to escape without the zone secure, the chances to get shot before you get there is very high, and even your team get 2 or 3 points like that will leave the escape zone clean for the other team create a defense line there and destroy your team and make several enemies to evac without problems.

The other thing is the FX are so intense that make everyone really scared and many noobs start to enter in few holes and simply start to prey. Well, of course this will never work, they will die sooner or later anyway. So keep your men active with the objective in mind, and of course play as a team or will all gonna die several times in the most horrible ways.

The explosions/FX are really random and can happen anywhere, even inside of places that you think is safe, but nowhere is safe there.

So you will need lots of teamplay, courage and a bit of luck.

During a War, the number of men saved the team will receive the same as reinforcements.

It's a respawn gametype.

wow, this is war for sure