Public Beta Released. With 3 new factions, the Banate of Bosnia, the Republic of Ragusa, and the Grand Principality of Serbia. Further work on scenes, a map expansion, and reworked mercenaries, among important code implementations. ENJOY

T he sixth public beta of Europe 1200 Warband has been released. Including 3 new factions, work on scenes, new enhancements and features, and a map expansion to the Balcans, as we start to enter Eastern-Europe.

Command your party and find your way to glory in the Western and Central Europe of 1200. Will you support the Almohads and claim christian lands on Iberia ? Or perhaps defend the Republic of Ragusa from its powerful neighbours?

With this beta we've added 3 new historical factions, the Banate of Bosnia, the Republic of Ragusa, and the Grand Principality of Serbia. This version includes 44 new settlements and a bunch of new items, among with a good number of fixes, and a great lot of enhancements. Mercenaries got reworked and economy got revised. 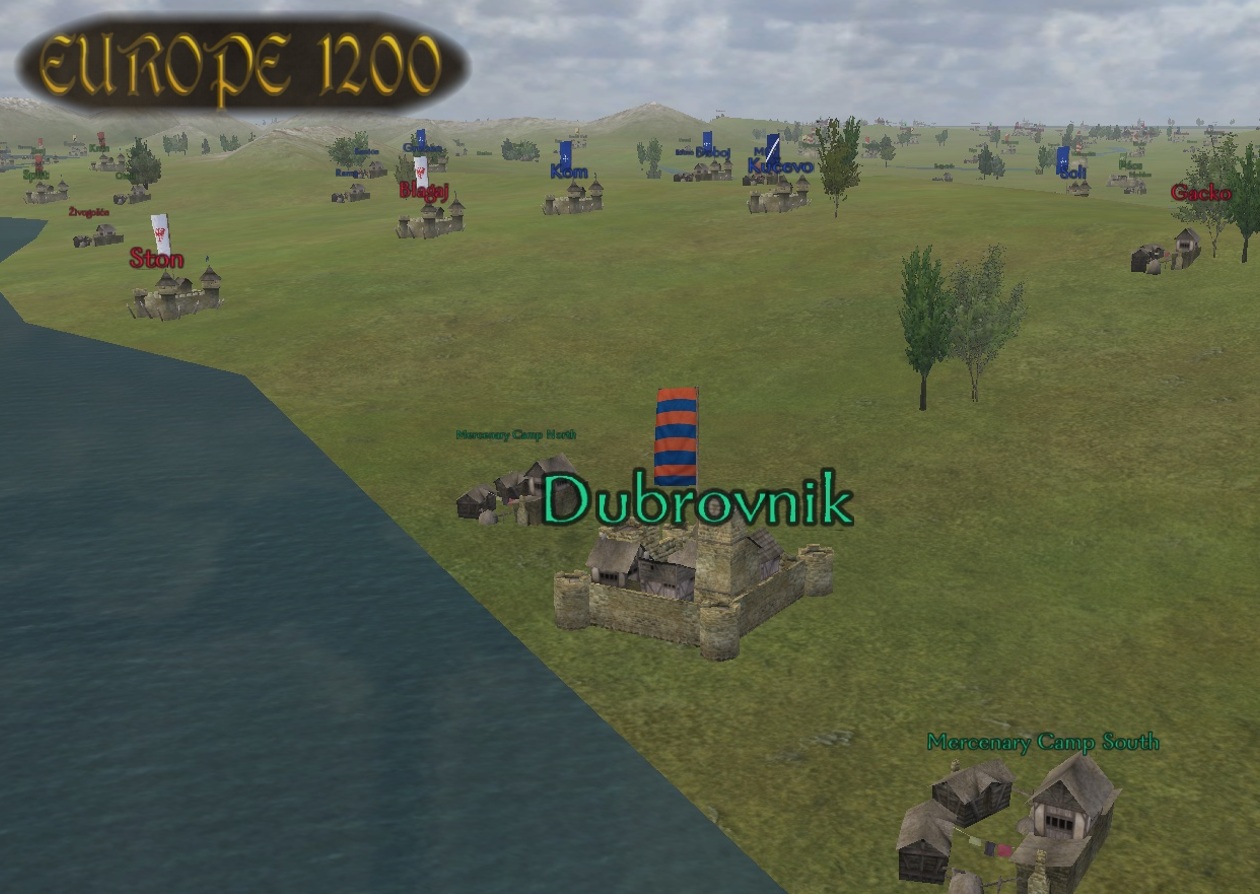 For this beta we've added some features that players have been asking for. Apart from bugfixes and minor changes, Europe 1200 has now Freelancer's options, which let you work as a true soldier, following a lord's command and joining his party. Also recruiters (from the Diplomacy mod) to help you build your army faster that before. 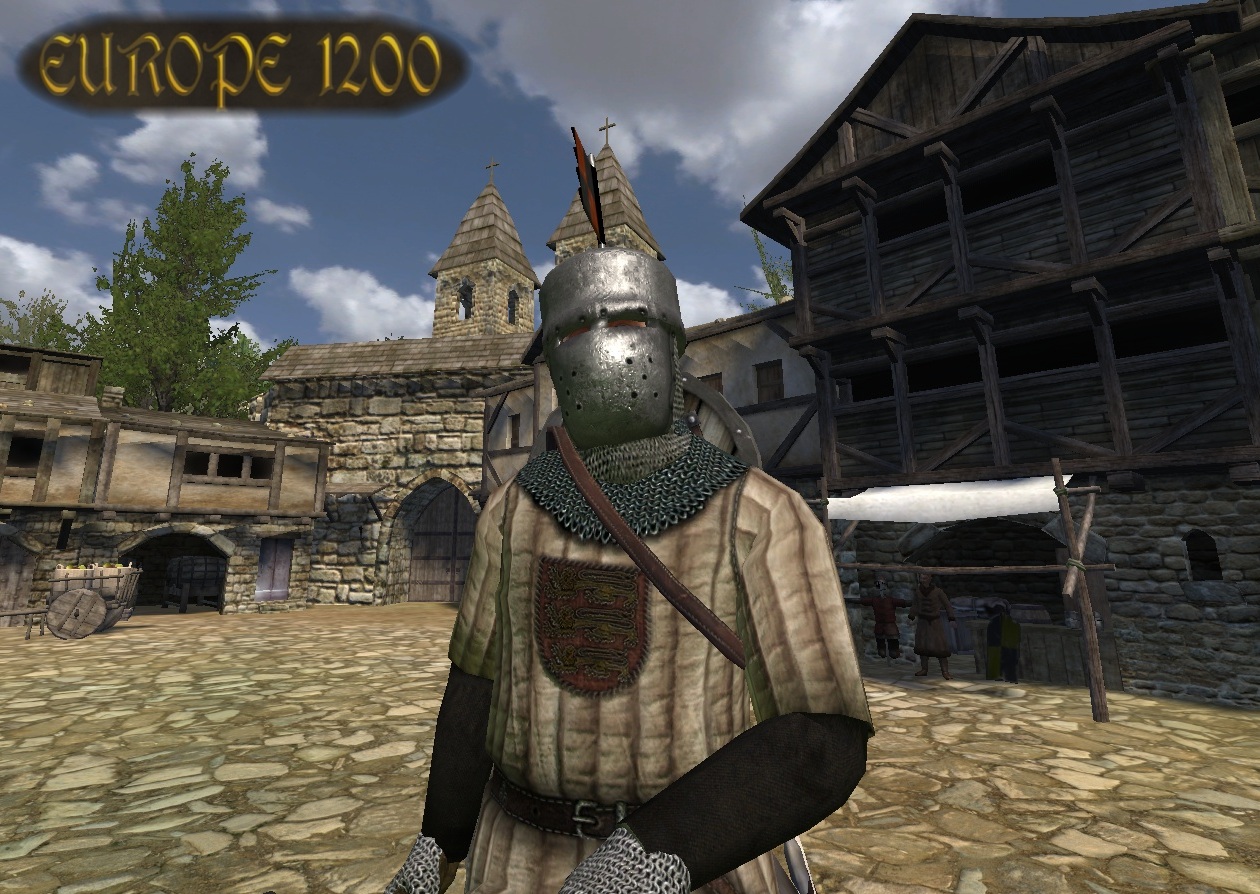 Just like we've said in previous messages, Europe 1200 aims for a complete Europe, and the team is working on all the independent historical factions that existed in 1200. From West to East. We started with Iberia, and we'll finish with Egypt and the Crusader States. In the end the player will be able to travel from Toledo to Costantinople, and take part in any conflict.

i cant wait for the middle east release :D

Whoa, this is actually the first time I see historically accurate flag of Serbia, which indeed was red eagle in white background, not other way around

To all of you with crashes, you could check out this thread (from the the 1257 mod), and see if their tips can help you.

You obviously shouldn't post anything related to Europe 1200 there:

The bulgarians were more powerfull!!

This is what I get. Couldn't play the mod yet but it looks awesome :)

Nevermind, I havnt been updating my M&B enough :)

so which version of the game exactly is compatible with the mod?

looks ok, u don't mind if i ask u if there will be anything about Croatia?

When ever i try to download the beta 6 mod it says that desura does not have it is that true or is it just me, and i have beta 5 and this mod is great you guys did a good job. Thanks

could anyone say which version of the game is the mod compatible with?

Anyway I figured out the whole thing. The most compatible patch seem to be the 1.152,also if you have visual C ++ problems,try to configure your Video settings,for example try : Load Textures on Demand and Using Desktop resolution,these 2 changes made my problems go away. BTW Great Mod,my regards to the makers.

I am a bit disappointed. I was finally thinking, here is a mod where I can play as my country and represent it. Especially in this period. BUT, after downloading the game and playing the mod I used Cheatmenu to see what armour and weapons there were for Bulgaria. I found nothing, please add something, and add the Mongol empire. This was during the reign of Genghis, when the Bulgarians were going to war with the Mongols at Volga Bulgaria. That was a major war and should be included. Please update with more things for Bulgaria. Even the Serbs get royal robes while we get the original mount and blade "rich robe". This is disappointing. The Bulgarians were a major world power of that time. They defeated the Latin Empire and their Knights. The Knights from the crusades were defeated by the Bulgarians at Adrianople. How can you not include things for Bulgaria after such a victorious war. The Bulgarians did what no one country could. The Knights had a reputation of never being defeated but the Bulgarians were the first to defeat them during the 4th Crusades of the reign of Tsar Kaloyan. Tsar Kaloyan cut emperor Baldwins head off and drank from his skull. We are victorious please update. I gave you many reasons as to why we should be including with more things.