T he third public beta of Europe 1200 Warband has been released. Including 4 new factions, 5 new quests, and expanding the map to Germany and western Italy.

Command your party and find your way to glory in the Western Europe of 1200. Will you work for Genoa and secure the trading rutes on the Mediterranean ? Or maybe find a way to end the dispute over the Throne of Connacht ?

With this beta we've added 4 new historical factions to the game. The Kingdom of Sweden, the Republic of Pisa, the Republic of Genoa, and the Holy Roman Empire. Among with a great number of fixes, and both major and minor features. 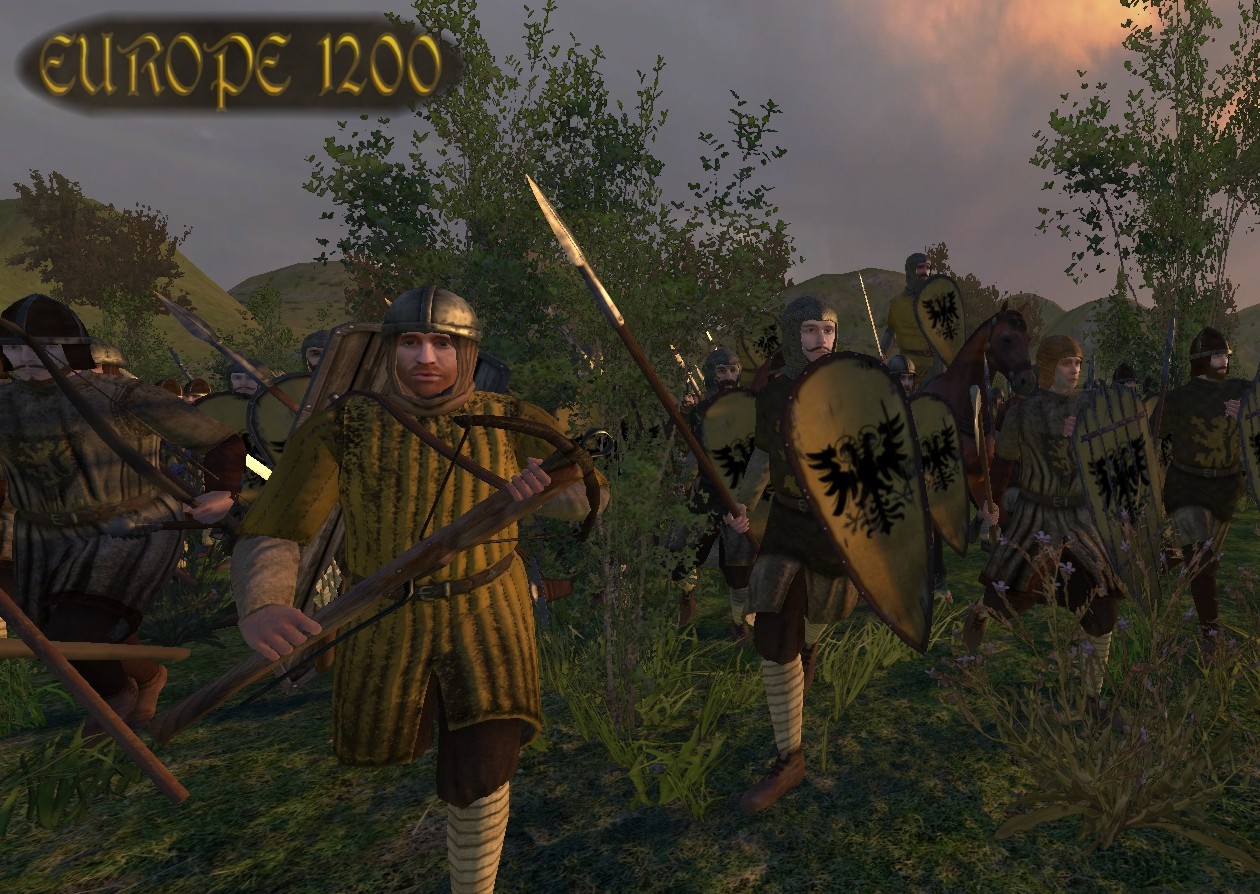 Many were looking forward to the mighty faction that holds the german lands. It has been hard work, but at last people can fight for or against the empire of Central Europe.

But there is a lot of other content in this beta that just factions. Europe 1200 has now 5 new quests: The Throne of Connacht, Absalons Tax, Peasant Rebel, Recruitment, and Village Exile. Also MadVader's deathcam, as well as family relations on several factions, some features from the Diplomacy mod, and new items. New mercenaries, more settlements for Denmark... Some trees have been reworked, and a good amount of things got some fine improvements, like the 'Aragon's Saint' quest. 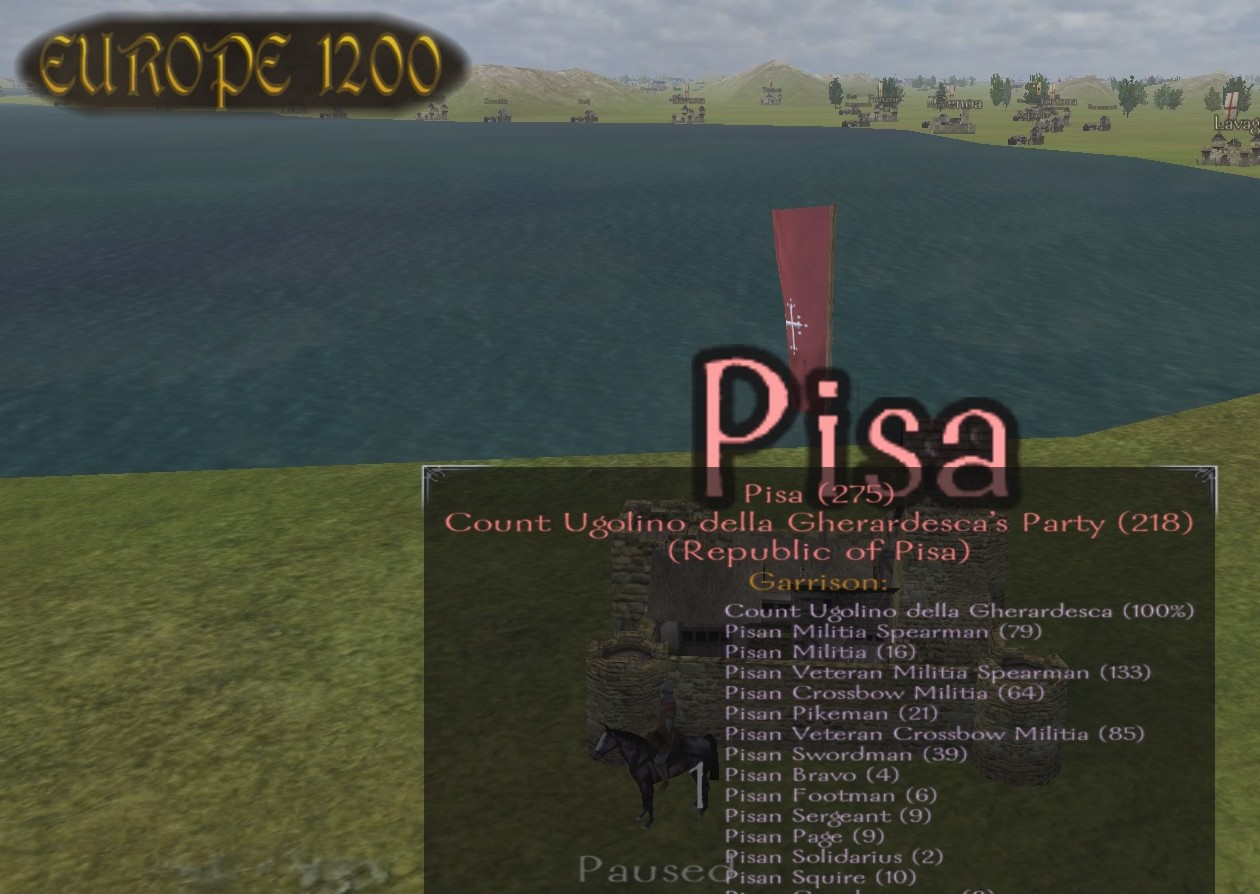 We want people to taste part of what it is to come with of 1200. The final version will include all Europe, and every faction of the period will make appearance. Serbia, Byzantium, Poland... From West to East, from Iberia to the Crusader States. We really hope you enjoy this version, and follow Europe 1200's progress on it's Mod DB page, and hosted forums on Taleworlds.

I've just posted about this update here: Modsentry.com good to see another update, I've been a big fan since the original Mount & Blade mod and am loving what you've done so far on this version. Keep up the incredible work!

A little question, for which Warband version it is?

awesome*
I am pretty sure it is constantly updated to the newest one.

I got an error while loading it up. D:

The map is too angular and you should make new textures for maps.
Overall good progress.

Once more. The map cannot be finished until we have all the factions added.

Getting THIS error why attempting to open it.
D:<

I don't know if this is a a bug but whenever I am on my boat at sea. I cant move it unless I click on land that is in the direction I want to go. Also after practicing in the arena, and I get knocked out the arena guy isn't on the balcony waiting for me to give me a reward. OTHERWISE, Great mod!

( are more eastern European countries gonna be added like Western Russia or Hungary?)

We know that thing of the boat. It isn't a bug itself, in fact it's a way to avoid a bug.

Hey Revan Shan is your teamgoing to fix all the bugs in Europe 1200 before you release the first version of it? I am seeing quite a few in this version that can be fixed. Thanks for taking your time to make this mod for us. Cant wait for the final and completed release!

Yes, of course. All betas have somth to fix and in fact that's part of the good thing about releasing them. You can test them and tell us if there is smth wrong we didn't see.

All the bugs will get fixed in the final version, and yes, Hungary and the western Russian states will make appearance in the mod.

Ok Thanks a lot!
Bug Reports:
When i walk in the streets of a large town I cant go to the prison the door just opens the town street screen again. And whenever I go to the castle or tavern I cant go back outside into the streets.

When do you think the next beta will be released for Europe 1200??

Looks like this game will never bore me with such a great modding community. I just hope more developers will realize modding as a vital component of every pc game. Great job, will try it after I finally try my downloaded 100 years war.