The Protectors now supports fully customizable modular music, bringing gaming experience to a higher level. Music will now change based on what the player does and what is happening in the game.

We all know those moments were epic battle music was being played in the background while you were trying to focus on reading your hero's journal or decide where to travel next. Worst was when very sad music was playing when you were about to win. Those days are over: with version 0.8.4, The Protectors now brings a new music system that supports modularity.

Modular music reacts to what is happening in the game. Rather than hearing just a random playlist, the user will listen to different tracks that will change with the mood of the current situation. Basically, the music will smoothly transition from one track to another whenever the player either travels on the world map, listens to a dialogue between characters, leads an army to war or fears for the arrival of a titan on the battlefield. Of course, some tracks can be specially scripted to play at certain moments, like when your hero dies or when exploring the caves of Gorgon in the campaign. 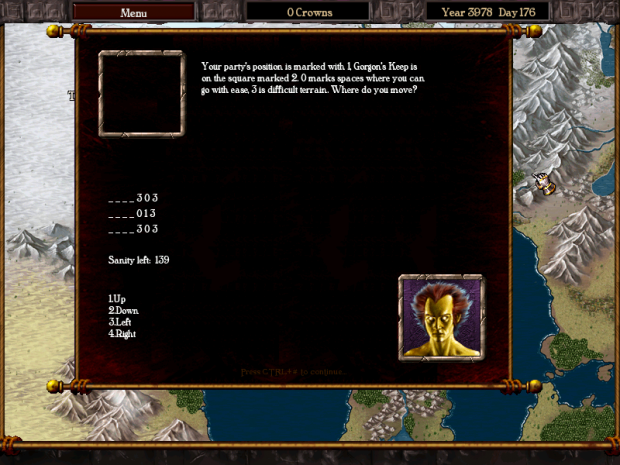 This new system is fully customizable by user, meaning you can create your own tracks using a simple notepad and the template provided. For more advanced users, the manual provides the necessary scripts and codes required for special triggers when creating custom chapters.

Naturally, this feature is optional, allowing the user to choose between listening to the new modular soundtracks or the original playlists.

Omg, i love this game, if this project will be done by improving enemy AI and giving more balance without bugs and will be stable then it is that what i only need. But new campaign and others.. This is amazing, keep up good work man, changing signatures r now :)

I agree. It is already more stable than any of WBC series and they are killing hundreds of bugs, one by one. The AI is very fun to play against (contrary to "ancient versions"). If the game play is amazing now imagine when 1.0 comes out! I can only expect great things in the future.

Well, i didn't played this version of the game, just some old one, so there were some bugs with sorcerors and spells, gonna try new soon, but talking about newer things man.. I don't think it will be possible but only one think more that i didn't like was this, that you couldn't select more than xx (depending on size of unit icons) units at once. Fixing this would be cool :)

If you double-click you can select more than the control panel allows (more of same kind). I will see what I can do in future versions, but I'd prefer a forum post on the "Suggestions" topic with this idea.

That's so cool =D
I'm sure it'll turn out great,thanks for telling us ^-^