A preview of our environment style in Unity 5 and quick progress update.

Posted by TheManWhoFlewAway on May 24th, 2015

Near the end of last year we revealed some concept images which highlighted our intended art style for the game including this 'corridor' concept: 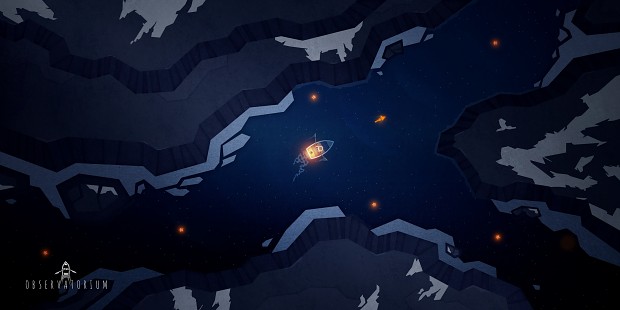 Over the last few weeks/months we've been experimenting with getting this look into the game as well as making some tweaks and improvements.

The Switch to Unity 5

We were originally building Observatorium - and our art style test - using Unity 4 personal edition. In March 2015, Unity Technologies released Unity 5 with a host of rendering improvements. This was good timing for us - for graphics and physics reasons - so we decided to take the time to upgrade the project. Suffice to say we're glad we made this move.

Our talented 2D artist Apollo 2D is responsible for our concept/promo artwork in addition to implementing the 2D art style. Below he discusses the art direction goals:

A2D: For Observatorium I want to marry the themes of space and nature with the visual direction of the game so that both the art and gameplay complement one another: creating a whimsical style rich with colour and texture and a strong visual language that can run throughout the game.

In this post we revealed some details about the game world and discussed the moon HUB with its branching paths leading to each section of the game. A screenshot from our old moon HUB is shown below: 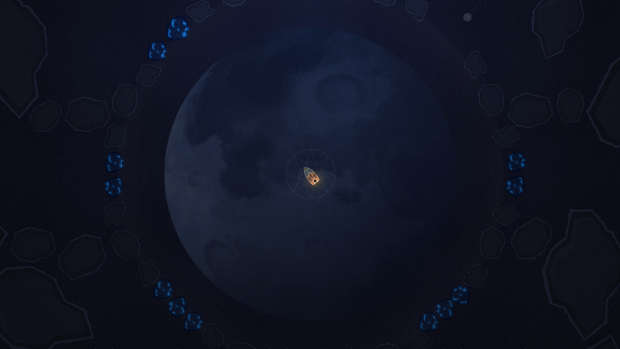 Since you return to this area often, we decided this would be a good place to start with our art style tests. 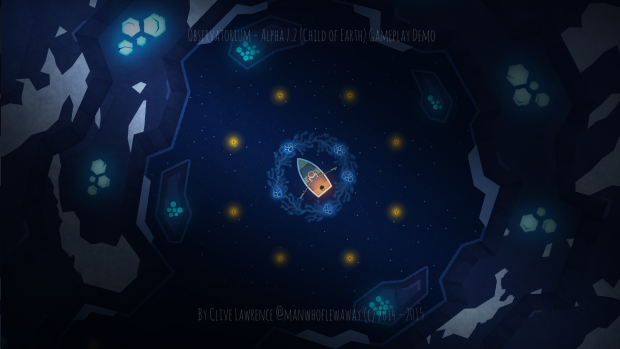 This screenshot demonstrates one of our warp zones - situated to the northeast of the moon chamber - which transports you to the tutorial area of the game. We're employing various techniques to achieve this look including:

Various corridors connect the different parts of the moon HUB. As you can see from the example below, we're pretty close to the 'corridor' concept shown at the top of the article. The difference however is we decided to push the game in a more colourful direction to make things feel a little cosier and ensure our important elements really stand out: 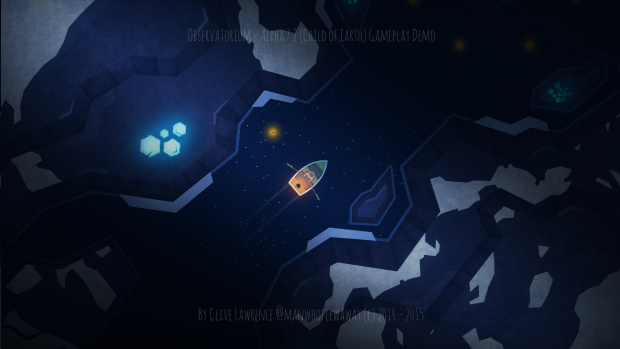 Each warp zone reflects the characteristics of the underlying region(s). For instance, the white starfish and blue jellyfish in the image below indicate the sort of fish you will encounter in the target region: 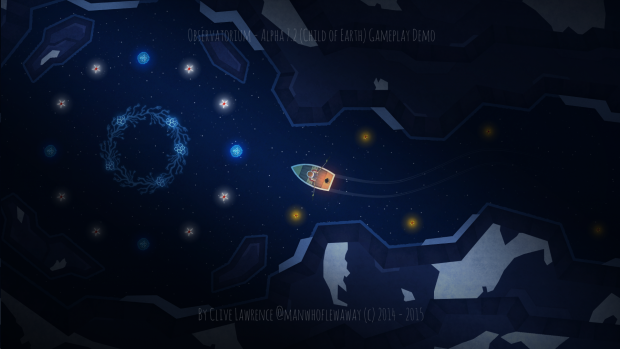 We still have a few more elements to add - such as waves/ripples - and more bespoke elements which better emphasise the characteristics of the underlying areas but we're happy with progress made so far.

As of 1st May 2015 we have passed 1 year of Observatorium development. Although we are a small team making the game in our spare time, we are thoroughly committed to seeing this project through to completion. Our intentions are simple: make a good game that instils a sense of wonder in our players. We plan to release the game as soon as it's ready.

Over the past year we have went from paper scribble to bare-bones prototype to first playable before demonstrating our progress at Dare to be Digital 2014. Following Dare 2014, we evolved our simple puzzler into a puzzle adventure game with a proper goal/narrative whilst adding more weight to our world and characters.

Whilst addressing various bugs and feedback from Dare 2014, we pressed on with new levels and mechanics and researched numerous approaches to implementing the artwork. We have playtested our important demos with family, friends and others and used feedback to further improve our layouts and mechanics.

Currently we are pressing on with Act 2 in rough form whilst fleshing out some of our more developed regions from Act 1. We hope that by the time we release the game we can present you with a very special and personal experience.

That's it for our environment preview and our review of the past year of development.

If you have any questions or comments please post below and we'll try and respond.

Uhuu, a bunch of new stuff. Nice to see that you're still going strong with the project!

Everything is looking amazing, Clive! As usual. Love how this is evolving. When do we get to hear some music samples? :)

We have some musical 'teasers' in the first 3 of our videos here:

...but these are just allusions to the overall soundtrack which is quite varied. The idea is each chapter of the game has a distinct focus and associated soundtrack/ambience.

All music and sound effects are currently being provided by Peter Satera who is also working on the animations for the game:

You'll probably get to hear a longer track from the game alongside our first proper gameplay trailer.