Started as a successor to Eisenfaust's Realism Mod, this mod is set out to be the absolute pinnacle form of what Star Wars Battlefront could have been, and should be. Huge intense battles, immersive sound effects and visuals, do anything you want, go anywhere you want. Fight the battle YOUR way.

This will probably be one of the last updates for this mod for some time, as I've got other projects that I need to shift focus on. Unless a big modding breakthrough happens, the only updates you may see are small patches fixing game-breaking bugs and minor improvements.

Aside from some annoying bugs I couldn't fix on some of the maps, this mod is more or less feature complete.

-Pandemic for the Mod Tools, and LucasArts for the game.

-Gistech for his Visual Sides mod ♥. Sounds and ATST/ATAT models 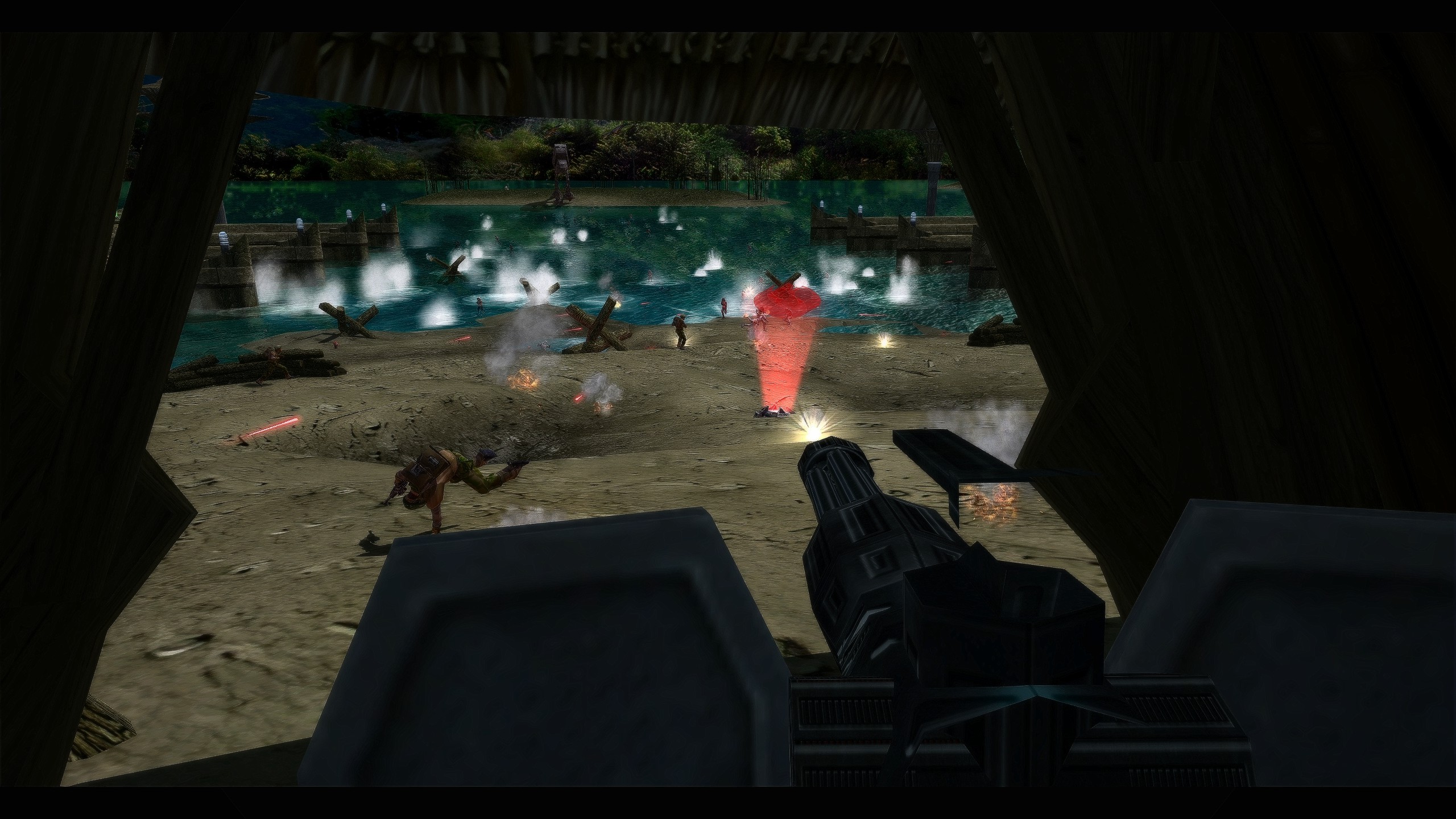 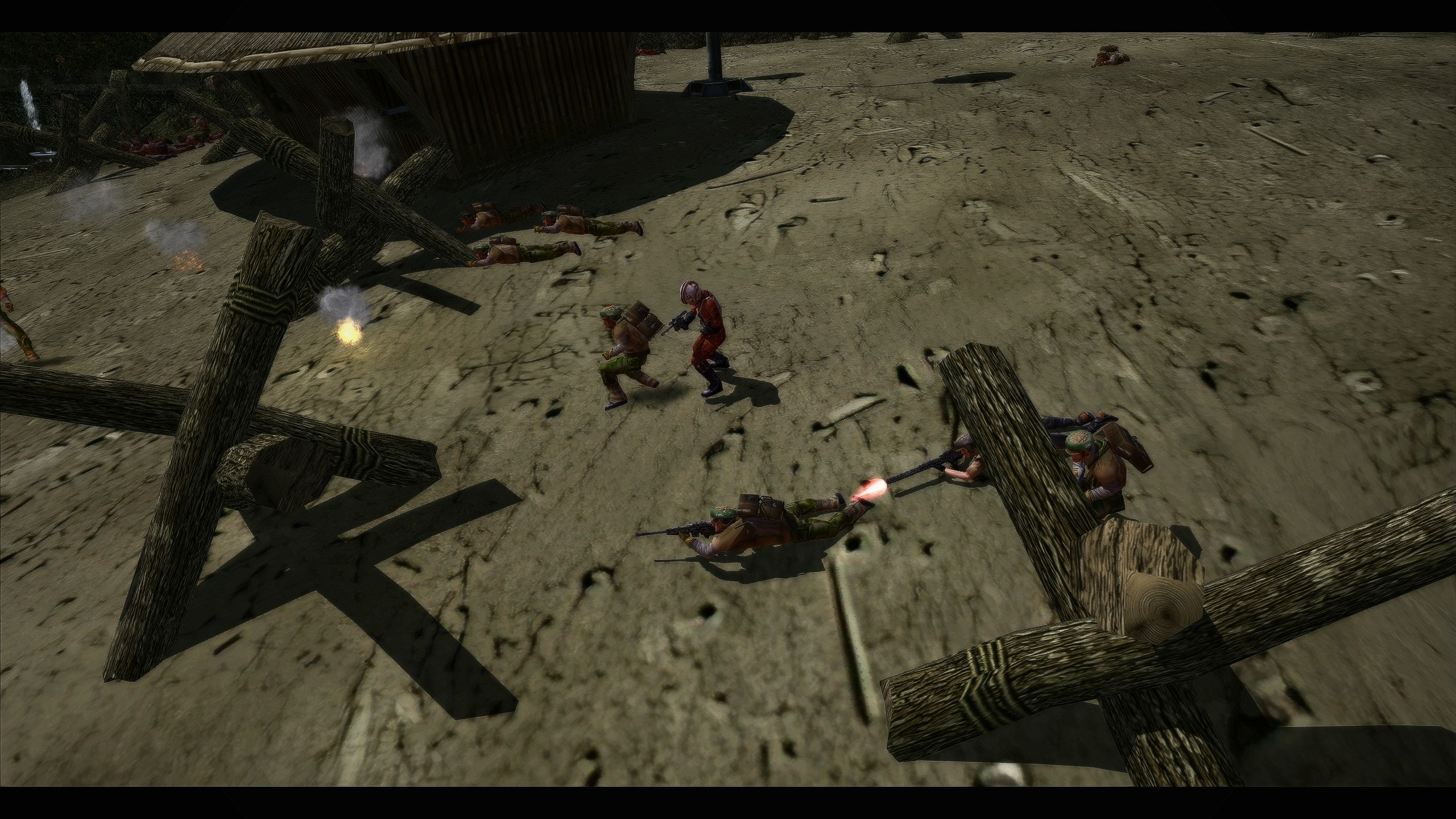 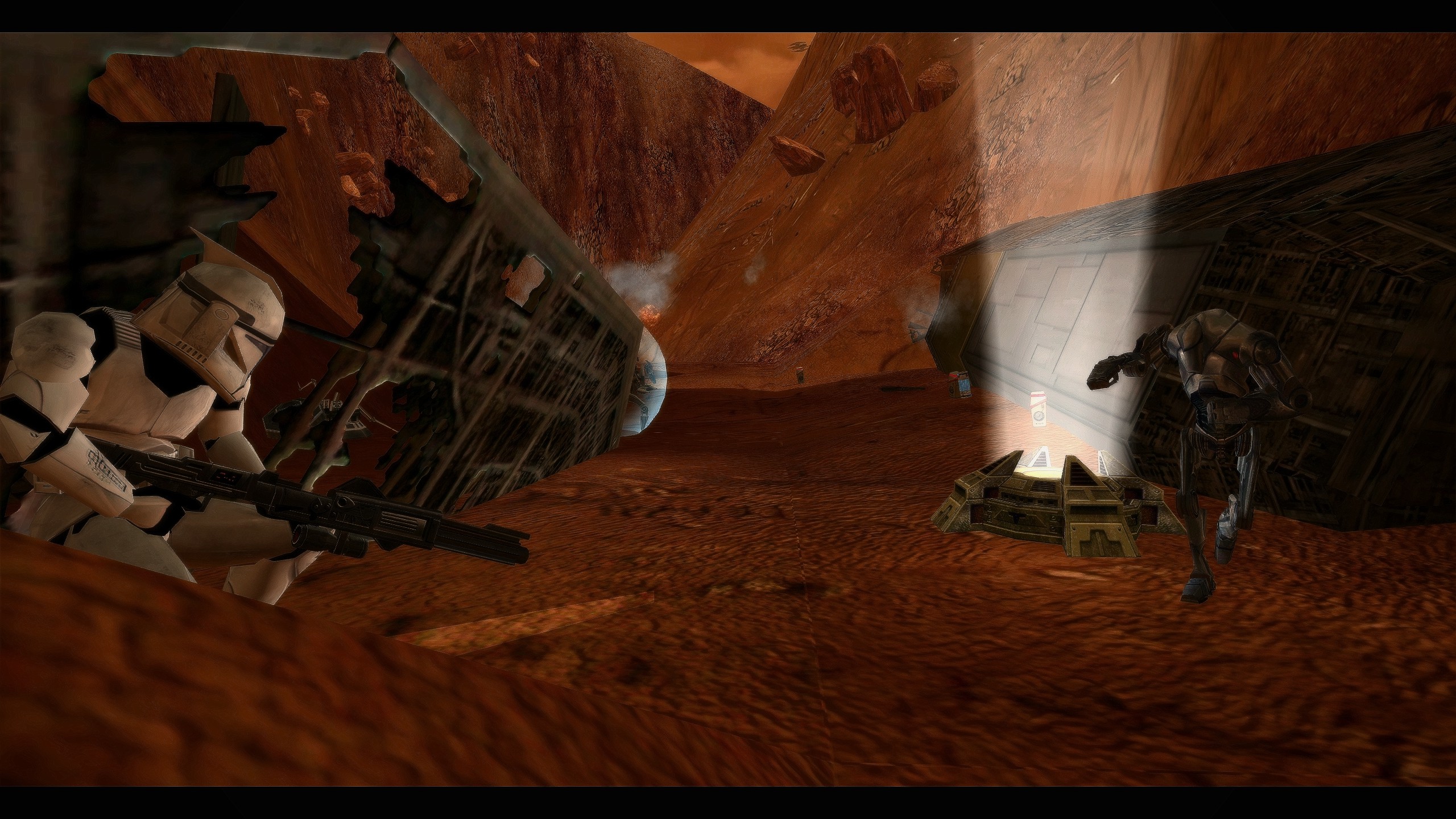