After a short while without news, it is time to write an article about the project...

After a short while without news, it is time to write an article about the project. The Indiegogo campaign has now expired with the total sum of almost 2000$. This enabled us to pay licenses, insurance and perks. By the way, for people who participated to the campaign, you should have received a little thing in your letterbox. Even if we had set too high our goal, we didn't think that so many people would be interested by our project and would be so generous. So thank you all of you !

World 2
As you can well imagine, the title refers to the current developpement of Ecotone. You are familiar with the first world, classic, with flotting islands, now here as a world premiere, take a look to the new environment of the world 2 and its 15 levels: The aquatic universe. The environment is still dark with a suffocating/heavy atmosphere. You will get a close look at the bestiary for the next article. Concernig the level design, it's pretty cool to work with this new environment. The levels are announced more particular than the first world's ones. Here some examples: "Manipulation of time, change in body, level with two players ..." But an image is better than a thousand words: as you can see the following animated screenshot of one of the levels of this underwater world. As I said, the next article will concern the bestiary, without returning so much in the details to not spoil you the discovery. Same thing for the world 3 which won't be revealed. So, to sum up, the World 1 is finished, the World 2 is about 1/3. Next big step, World 3 and first betatests.As usual, we're waiting your feedbacks and your gameplay ideas by comments or by email.

Goodies
Here a bonus, some Ecotone goodies : a great t-shirt (a birthday present) representing Ztnarf's fan art Ztnarf. A huge wallpaper of Alexandre's artwork (you can have an idea of the size thanks to Chaton) overhangs the living room. By the way, if you had participated to the Indiegogo campaign and you haven't received a little post card, you have to complete your indiegogo profil with your address and send an alerting email here : sundaefactory@gmail.com
. 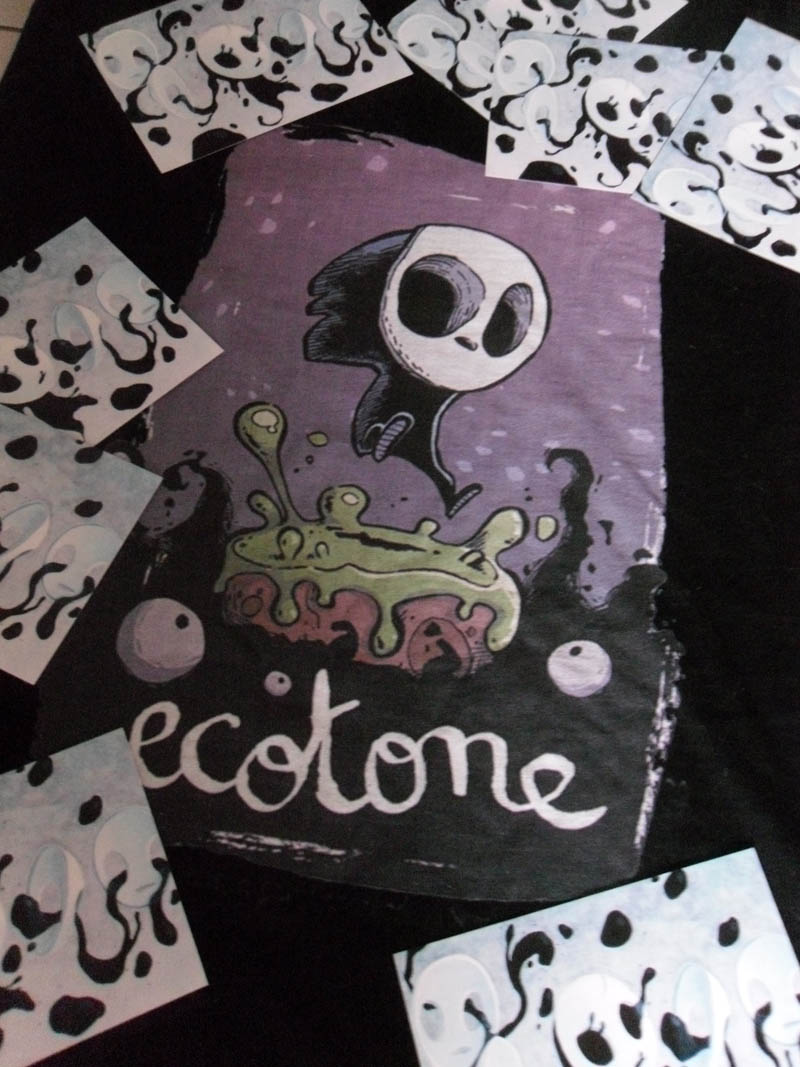 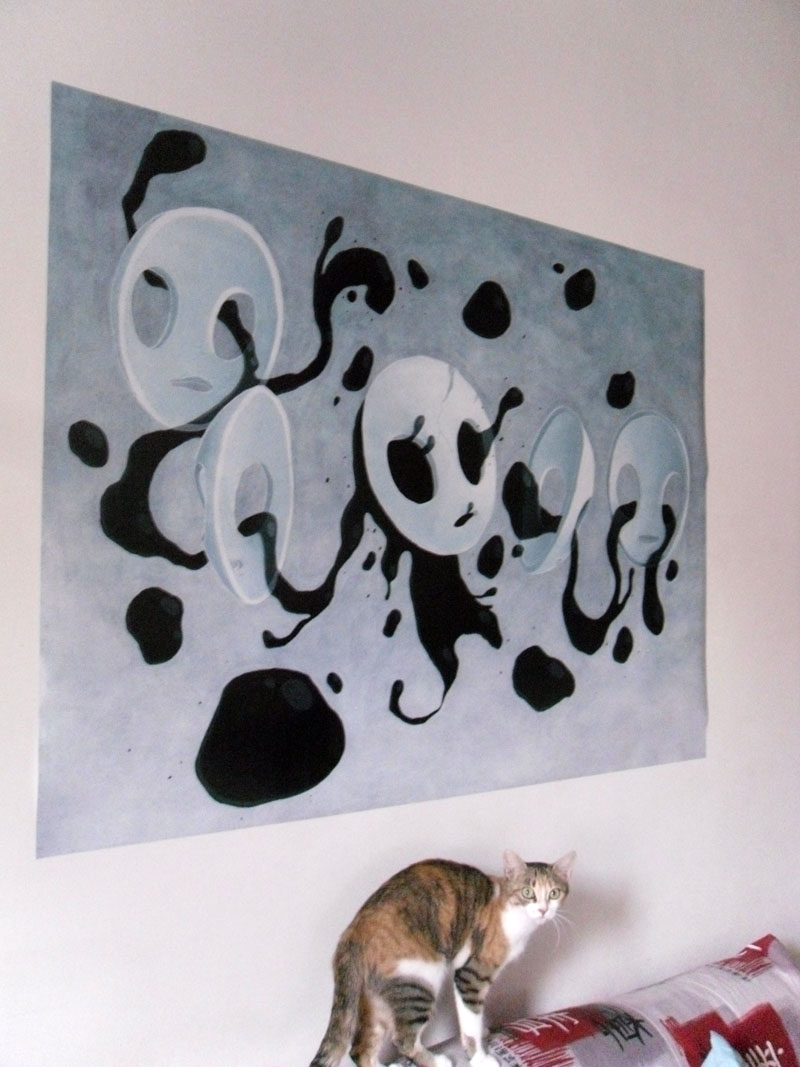 Otherwise, we (I mean Alex above all) made some wallpapers for your computer in 1980x1200 (click on the image) : 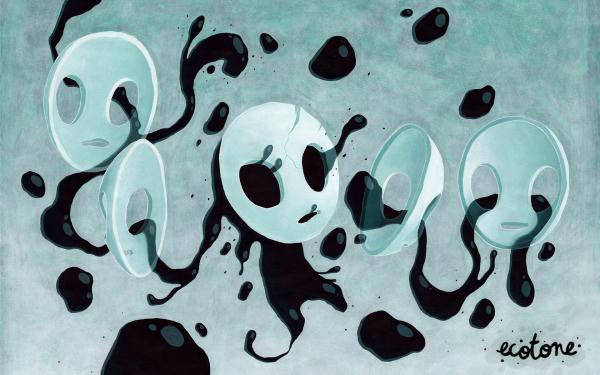 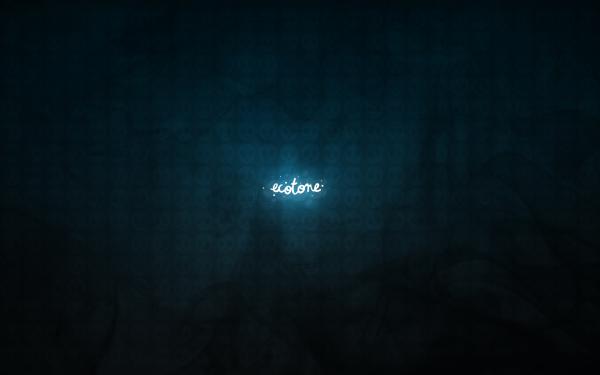 The designs are so cute! It all looks great! :D

It looks cute with a pinch of weirdness. I appreciate it,looks awesome :)