Dune Wars Patch 1.5.5 is now available. The main changes are the implementation of a new Religion system, some great new unit and menu art, and a new homeworld reinforcement screen. 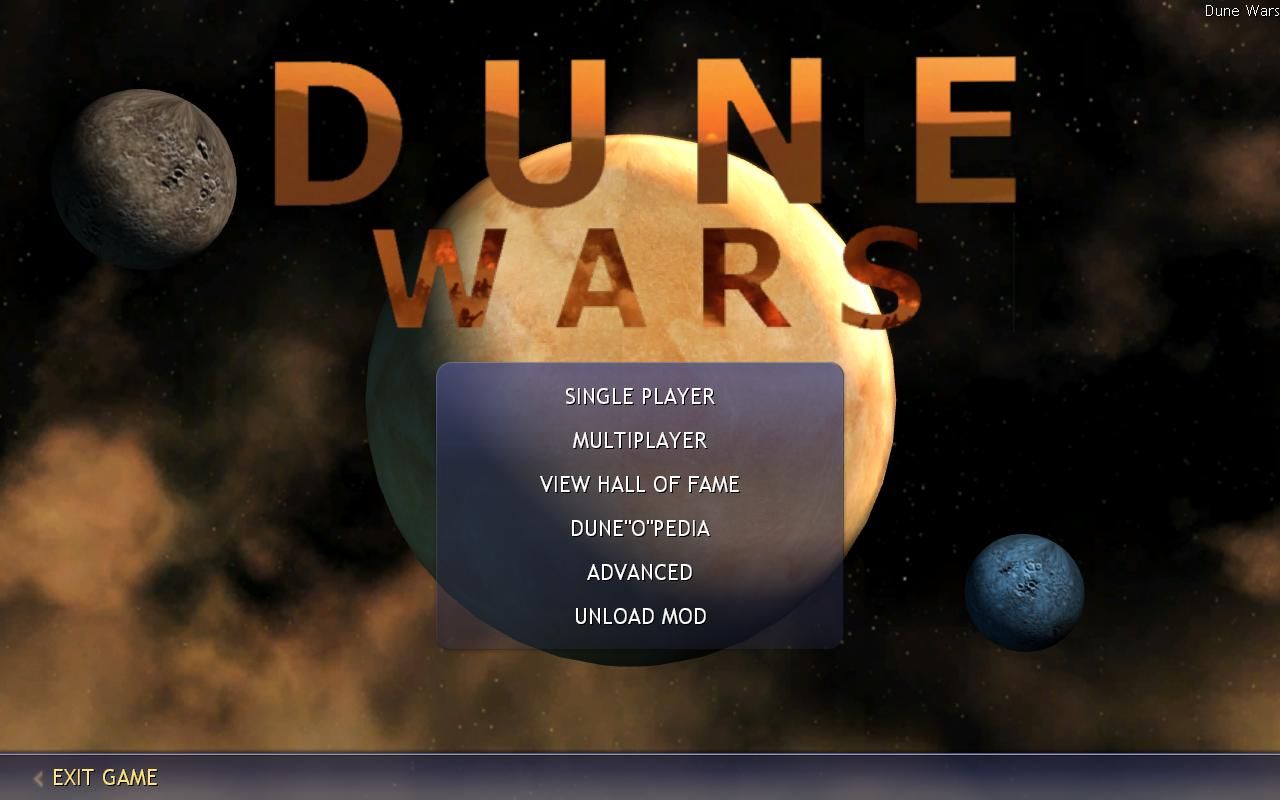 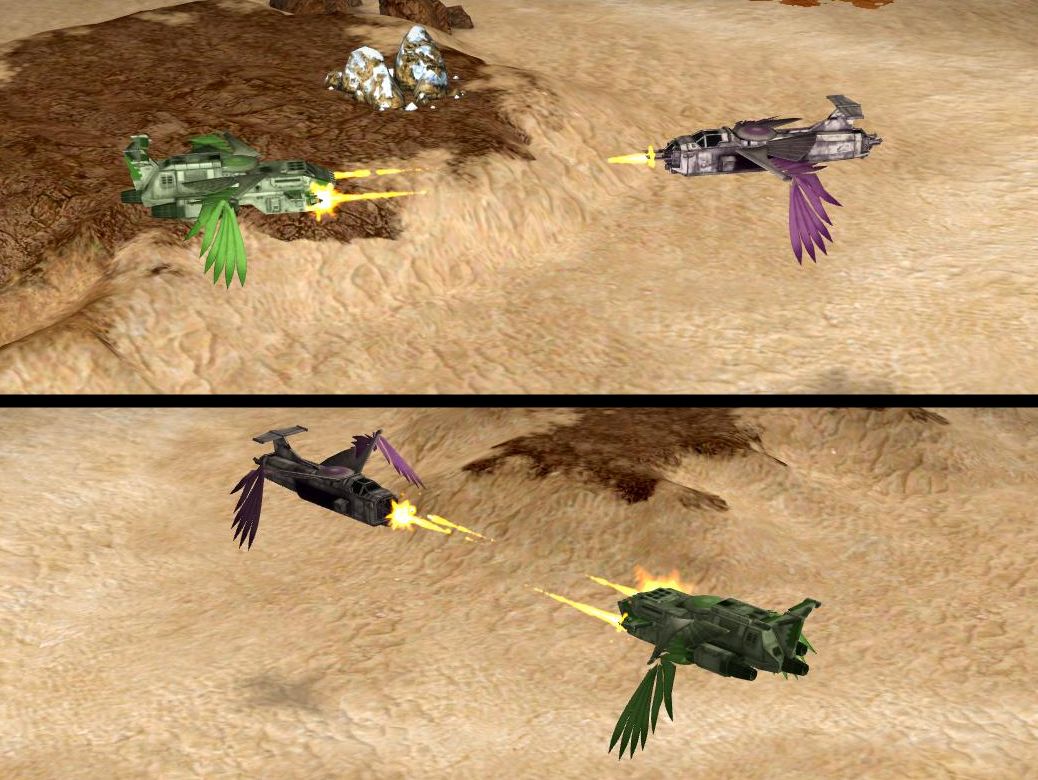 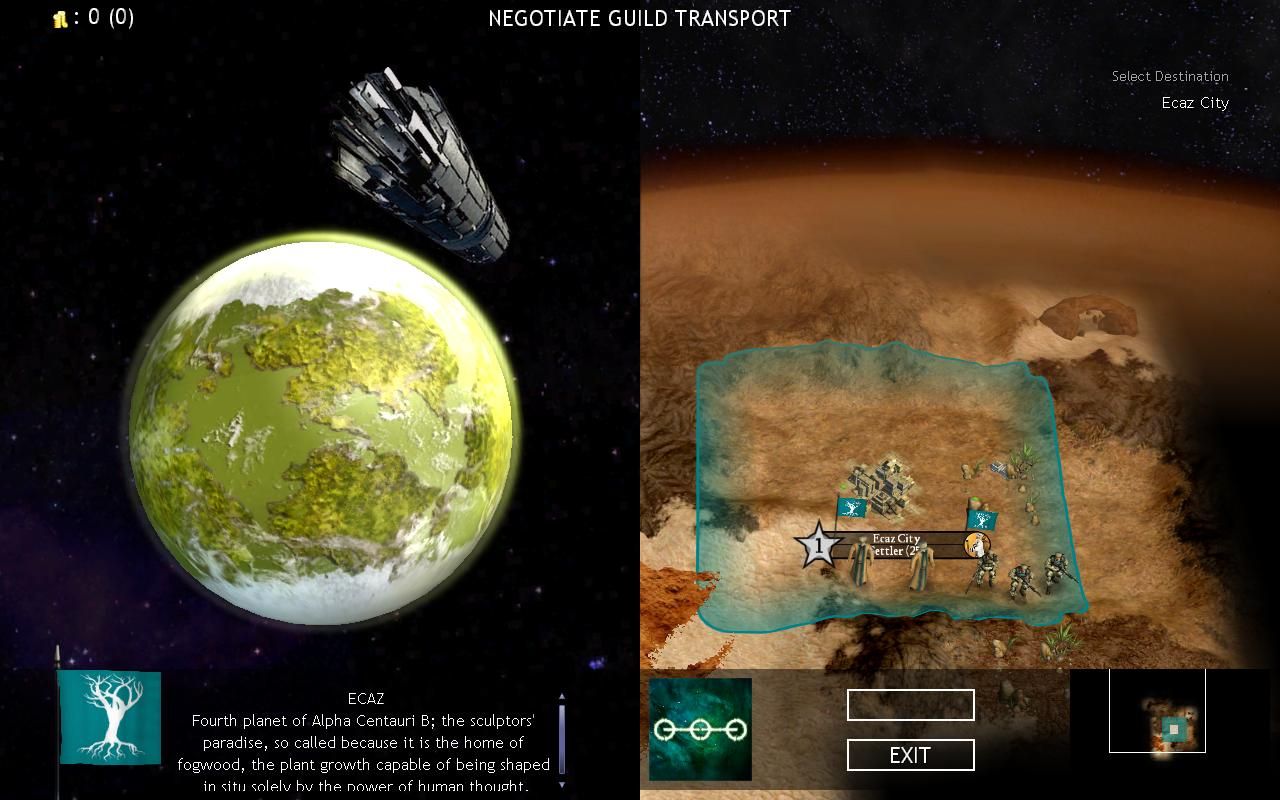 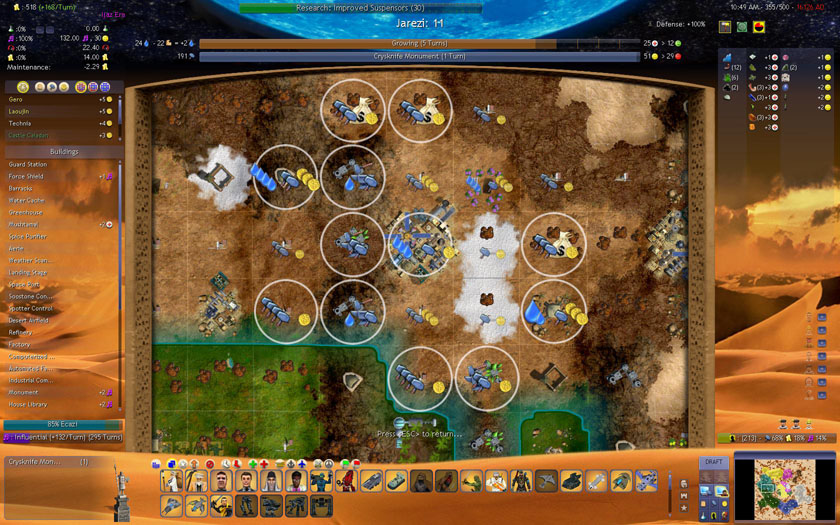 Other changes
* Version 2.05 of homeworld screen by koma13, with heighliner animation. Caution: slightly experimental, clicking on this animation while it runs may hang your machine.
* Several unexpected improvements carried irrigation: Wind Trap and Insect Farm; several unexpected improvements required irrigation: Desert Plantation and Insect Farm. (AHR34)
* A plot may get a terraform upgrade if it has fresh water and the owner is following the Arrakis Paradise civic. The chance of each plot upgrading is now 1% + (0.2% * #catchbasins owned) + (0.5% * #reservoirs owned)
* Game speed now affects rate of spice decay, terraform upgrade and Atreides unit production (KO11)
* Arrakis Transformation technology now requires Desert Industry instead of Sand Farms, which effectively moves it much deeper into the tech tree and makes the terraforming victory harder.
* Desalination now requires Desert Industry tech instead of Water Transportation (AHR35)
* Cottages no longer allowed on salt. (They were allowed in any sink terrain.)
* Changes to Mentat unit. It does not do anything new yet, but there are promotions limited to mentats, and each mentat has one randomly selected promotion. See the mentat mechanic thread for the future plan.

Bug fixes
* Removed mastery victory. There are several implementation problems with this; it prevents the victory condition screen from appearing due to a python exception, and prevents other victory conditions from being achieved. Many first-time players have run into this. Understanding the reason for the exception and the prevention is hard; removing the victory condition is much easier.
* Fixed problem where all the interface text was missing for a non-English installation language. (Missing language tags in several non-DW xml text files)
* Fixed problem with force shield turning huge, when Oracle of Hajra is built. Used different building graphic (shrine of ki instead of enlil).
* Fixed problem occuring for one player but not others, with a python alert appearing for the homeworld screen: "File MercenaryUtils, line 190, in isInvalidEra: AttributeError: NoneType object has no attribute getEra". Changed "range(4)" in MercenaryUtils.py to "range(3)" in two places.
* Fixed problem where espionage actions were allowed for units loaded in transports
* Fixed problem where Imperial Militia, House Corrino UU, could not be built

I assume there's only one planet per game, I haven't played Civ 4 but this made me want to get it. If you could expand to more planets, I'd say you should extend the timeframes to pre-machine crusades.

The planet is part of the Homeworld screen. When you discover a particular technology in the game, you are reconnected with your House's homeworld and can pay the Spacing Guild to ship reinforcements to Arrakis. Every homeworld looks different, but that is just a cosmetic change. However, an overall aim of the mod is to make each faction play quite differently - different units, different special abilities, etc.

The timeframe is mostly restricted to the first three Frank Herbert novels, but we do pull in some material from the prequels and the Westwood games.

Civ 4 is a good investment as there are loads of great mods for it.

Try not to steal models from other mods/games... I mean come on.. Thunderhawk and Marauder with bird wings?

Other than that, the mod does look interesting.

Conversions from DOW and other games are not unusual in the Civ modding community these days. I know it is obvious that they're from DOW, but we'll either reskin them or replace them for a more Dunish feel soon.