Codework is in good shape and couple airplanes are modelled too. Maps are easy and quick to make. Using Source's detailsprite system trees and forests are automatically generated on the specific texture. Ofcourse airplanes are scaled down so hammer limits are no problem.

So here's the first news post of dogfight mod. I want to reveal some game mechanics and gameplay for the mod.

Coding
As you can see the Dogfight is a total conversion in it's full meaning. Pretty much everything has been tweaked/edited/deleted/created. New movetype for mod's needs is coded. Basically this is how airplanes fly and takeoff in-game. Airplanes rotate and roll depending how you turn the airplane. Using mouse you can control your direction and mousewheel to zoom in and out. Agility of your airplane tells how quickly the aircraft turns.

Aircraft properties are loaded from aircraft script files pretty much like weapons so creating new airplanes for player is quick and easy. 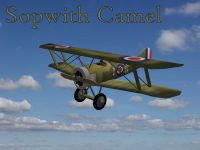 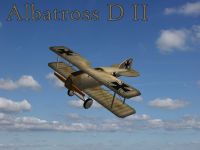 Dogfight will include airplanes from various countries of World War One. Here's british Sopwith Camel and german Albatross DII. Every airplane has it's own properties, strengths and weaknesses.

Mapping
Mapping is easy and quick for dogfight mod. Maps are scaled down ( think that you were mapping a 3dskybox) so using the whole space available in hammer will make a huge map. Using detailobjectsystem forests and trees are automatically generated by the engine. 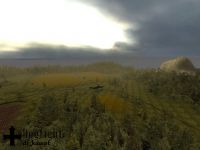 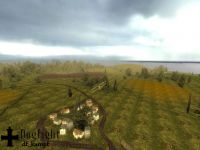 Here's the work done so far. As most of the coding is done I will probably focus on mapping and modelling for the next update.
-Ztormi

Great idea for a dogfight and the flying was cool, you might want to work on the turning of the plane.

Great stuff Ztormi! You are a very talented man :)

So, are the ingame assets downscaled for more room on the map, or are you flying around in the 3d skybox?

Looking good, though I must say the map does seem rather small, like you constantly have to be turning.

Yea the map is still in progress. Maps will be large for epic dogfights

Turning looks little bit unrealistic so more work on that and larger maps would be nice... Anyway looks pretty fun, keep up the good work!

lol, go Ztormi!!!! where did you get the tree models?

Actually they are tree sprites from dods :/

Doesn't scaling the maps down have some issues?