In this update we bring you information about the newly finalized Event Plugin as well as the new rewards it allows to obtain.

2017 promises to be a very busy year for Discovery Freelancer as the Development team has finalized their restructuring as well as have promoted their trainees into full-fledged modelers, infocard-writers, system devs and helpers.

While the awaited patch update 4.89 - "Battlegrounds" is nearing its completion and is currently undergoing bug testing, players are kept on their toes with the new Event Plugin and Reward System, two new additions for patch 4.88.1

The Event Plugin consists of two separate systems that allows the server administration team to dynamically apply bonuses to trade commodities, which opens up a wide assortment of ingame mini-events for players. This can range from simply one-shot events such as a race to deliver cargo for a rather sizable cash bonus, to much more complex multi-layer encounters, such as bonuses to kills made by certain player-IDs in certain star systems. The plugin is still in its early stages and has some bugs that are being worked on, but is otherwise active on the server. The bonus plugin goes hand in hand with the NPC spawn tool, which is the basis for the Reward System. This reward system uses specific commodities (Scientific Data) dropped by Event NPCs only and which can then be traded in for unique items and goodies. The Event NPCs, however, are exceptionally challenging and require teamwork to take out. 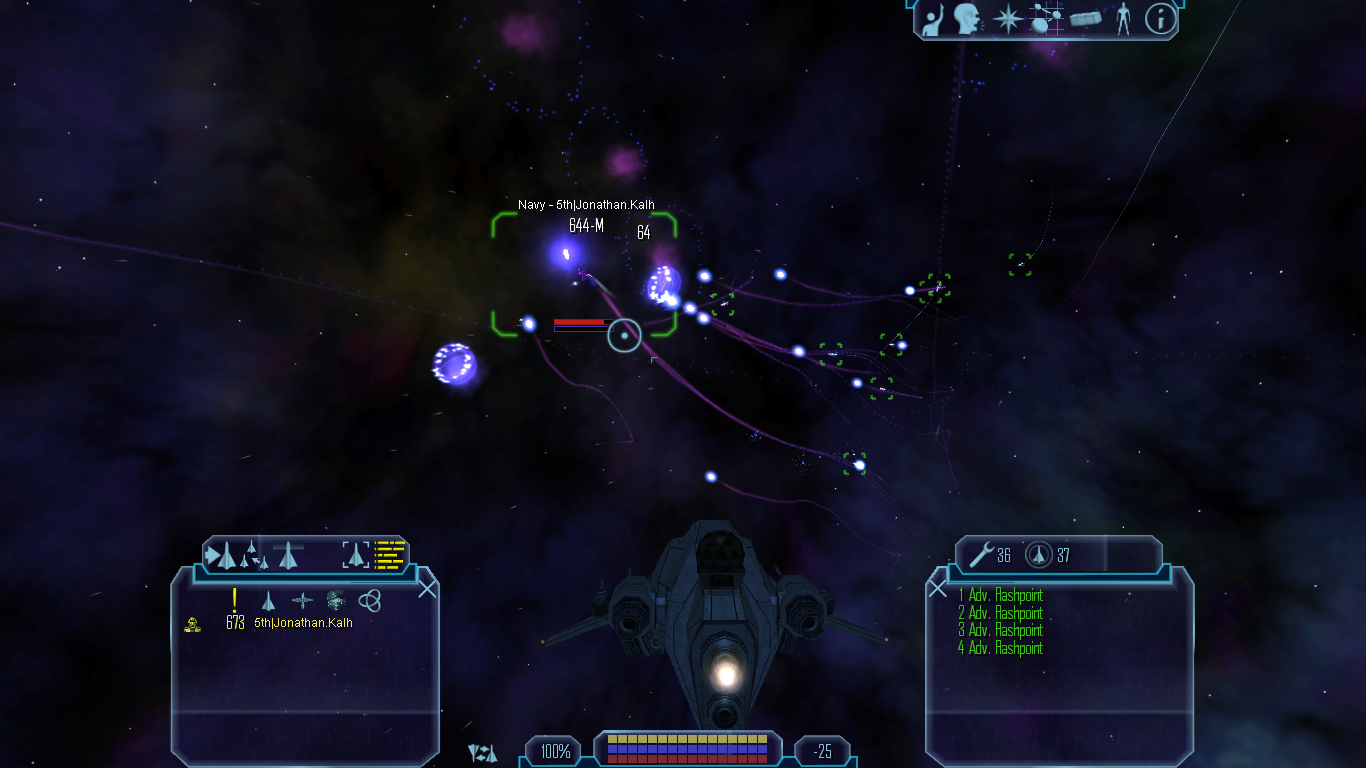 A Liberty Navy player testing the Event NPCs. Nomads use high-powered ''missiles'' that not only are dangerous to non-capital ships, but also require gunboat players especially to provide cover - capital ship shields being almost invulnerable to the damage.

Some but not all of the items you can obtain for this Data range from personal cosmetic items such as colored contrails and colored engines which offer no PvP benefits, to temporary higher-class armor upgrades, mining bonuses as well as Event Items such as the Jumphole Generator, NEMP Bomb and the Cruise Inhibitor Platform. 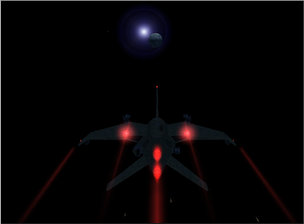 "Eagle" Very Heavy Fighter with custom contrails, lights and engine.
The screenshot was taken with the "background stars" graphics setting OFF for contrast.

Server events are spawned in many ways. They mostly come as either weekly or bi-weekly ones designed by the Administration Team, as Official Event Requests that are submitted by official factions or as events that are spawned by using items such as the NEMP Bomb or Jumphole Generator.

The NEMP Bomb is an item that is acquired by players either from Event NPC bosses or traded in for the formentioned Scientific Data. The item allows a player to disable a station or solar such as a Jump Gate. The result is a trade event that requires players to bring repairs in order to restore the damaged stations. Depending on the target chosen by the player, the result can severely impact trade and overall transit between Houses.

The Jumphole Generator is a similarly acquired item and, when used by the player, will create - as the name implies, a temporary jumphole connection with a randomized exit point. Apart from having the chance to create temporary lucrative trade routes, the connection also temporarily extends the Zone Of Influence for all IDs in the area, allowing for non-standard encounters.

Event NPC Bosses are, as previously stated, one of the ways these items can be obtained. Currently, there are two types of these bosses - one for the Nomads and one for a new non-player-controlled faction named the Cult of Technology. The Ish'Tar and the Cult Carrier respectively. Both NPCs have custom behavoior attributes that make them especially dangerous to be attacked without a large group of players as backup. 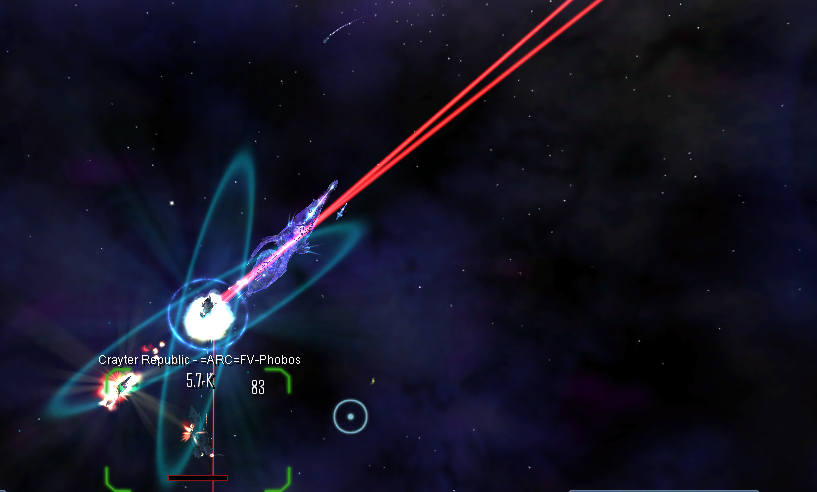 A trio of players getting too close to the Ish'Tar - a highly dangerous Event NPC.

As we develop the plugin, we will be able to introduce new random and not so random events for our players to enjoy. As for now - we await the upcoming version 4.89 and the extensive list of balance changes planned for this spring.

So if i have the discovery launcher,will it automatically download this plug-in?Or should i do it from here?Looks good either way.

It's great to have Freelancer come alive again. And it's Discovery which has always been my favorite Mod for Freelancer.
Playing *^%$#dangerous has been really boring lately so it's going to be good to play Discovery's new update.
Thank you guys for keeping a great space game going , I really mean it.
Spacetrucker88