If you haven't had enough die in your life, here's a little something special for you.

Hey ho, let's go, or so the merry dwarven song goes. This time we go with three mapsets. I'm sure you have noticed that I've sort of switched to a higher gear lately, at least for now. This is necessary, otherwise I'm never gonna live to see the end of this project. Either way, as is often the case with our mapset releases, there's a theme. Today's theme is die.

Oh, and I hear today is the birthday of Wolfenstein 3D or something, but nobody really cares. Let's move to important stuff.

Die Fledermaus by Bruce W. Anderson is a single map for the First Encounter. It's about bats or something. Other than the funky title (which does not seem to refer to anything in particular; certainly not to the Spear mission packs) there's not much out of the ordinary here, just a fairly extensive map.

Bruce W. Anderson and his megacorporation called NothingWare. The author provides contact info: spock (at) torino.ohionet.org, as well as his FTP server: Torino.ohionet.org but unsurprisingly, the latter is offline nowadays 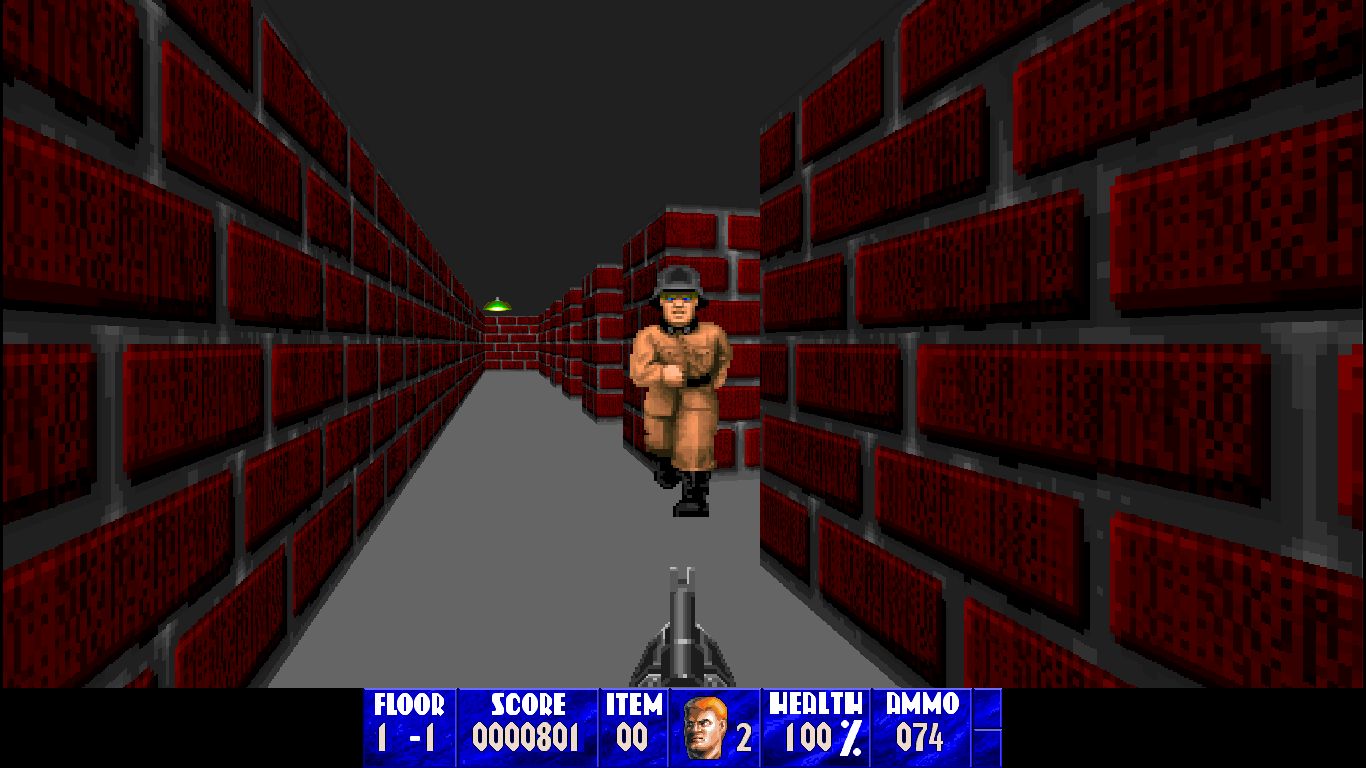 In Die Geringste Aussicht we have five maps for the Third Encounter. The design is generally somewhat more involved than the average Mac mapset, although certain... traits still apply (you'll get more than enough bosses to kill, for example). The set is accompanied by a brief storyline: you're back in Castle Wolfenstein trying to hunt down your old pal Adolf, but first you have to confront ghosts of the past. Said ghosts are a rather goofy and colorful bunch though. That's the gimmick: most maps feature a couple Pacman Ghosts following you around and making your life generally miserable as you fight the already heavy Nazi opposition. Can you survive? 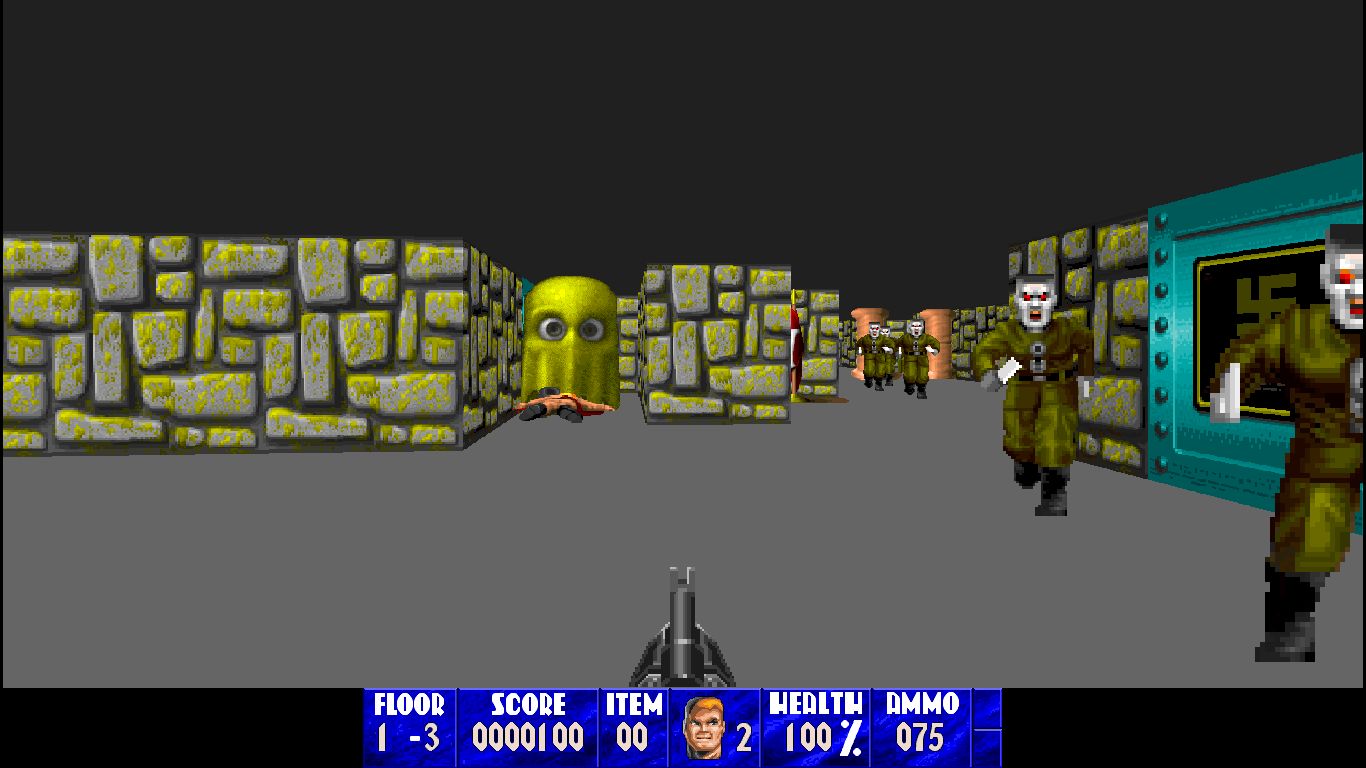 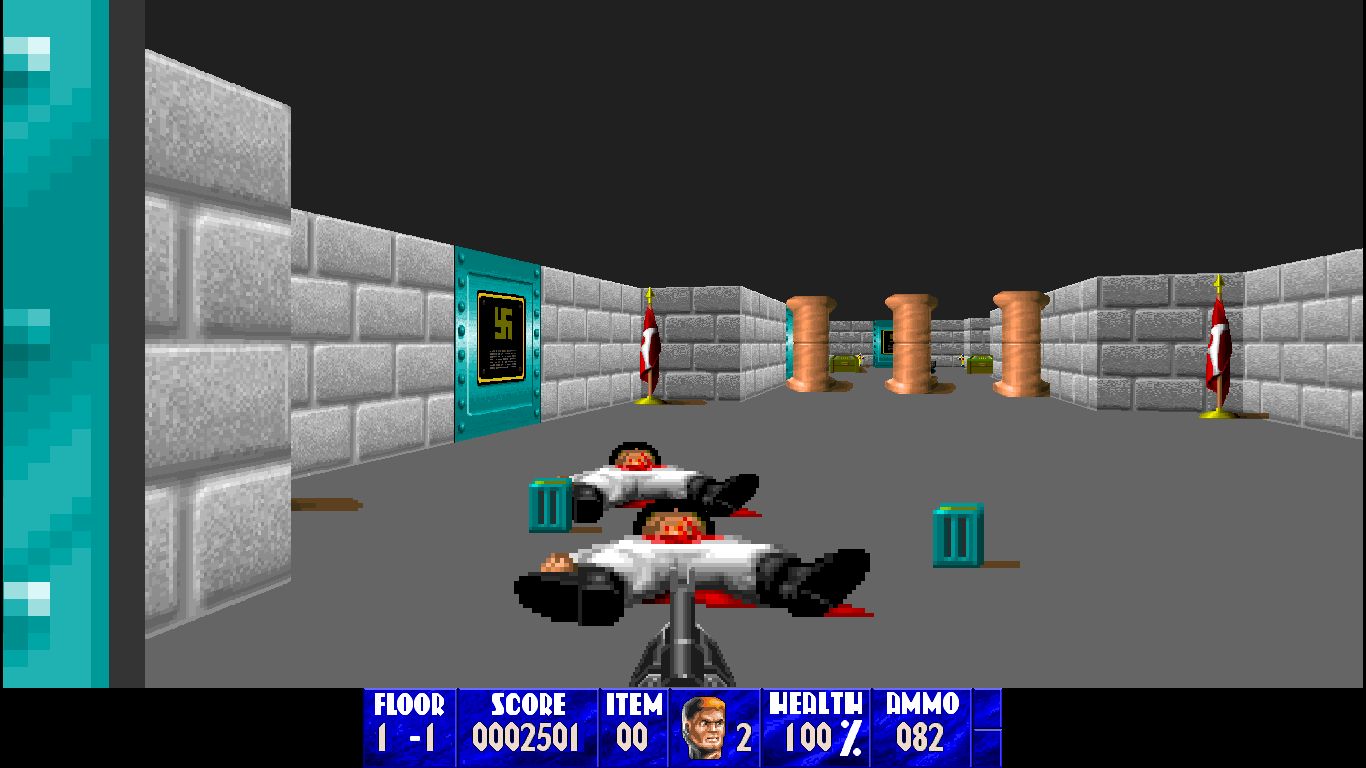 And finally there's Die Nazi Scum. Hmmm, that's a different type of die. Anyway, these three First Encounter maps by Jacob Welch (probably) all feature different design themes, so there's some variety involved as every map has its own quirk, but don't expect miracles. It's an OK Mac offering, nothing more, nothing less.

===CREDITS===
Jacob Welch. Maybe. Not even Clubey is sure about authorship here. 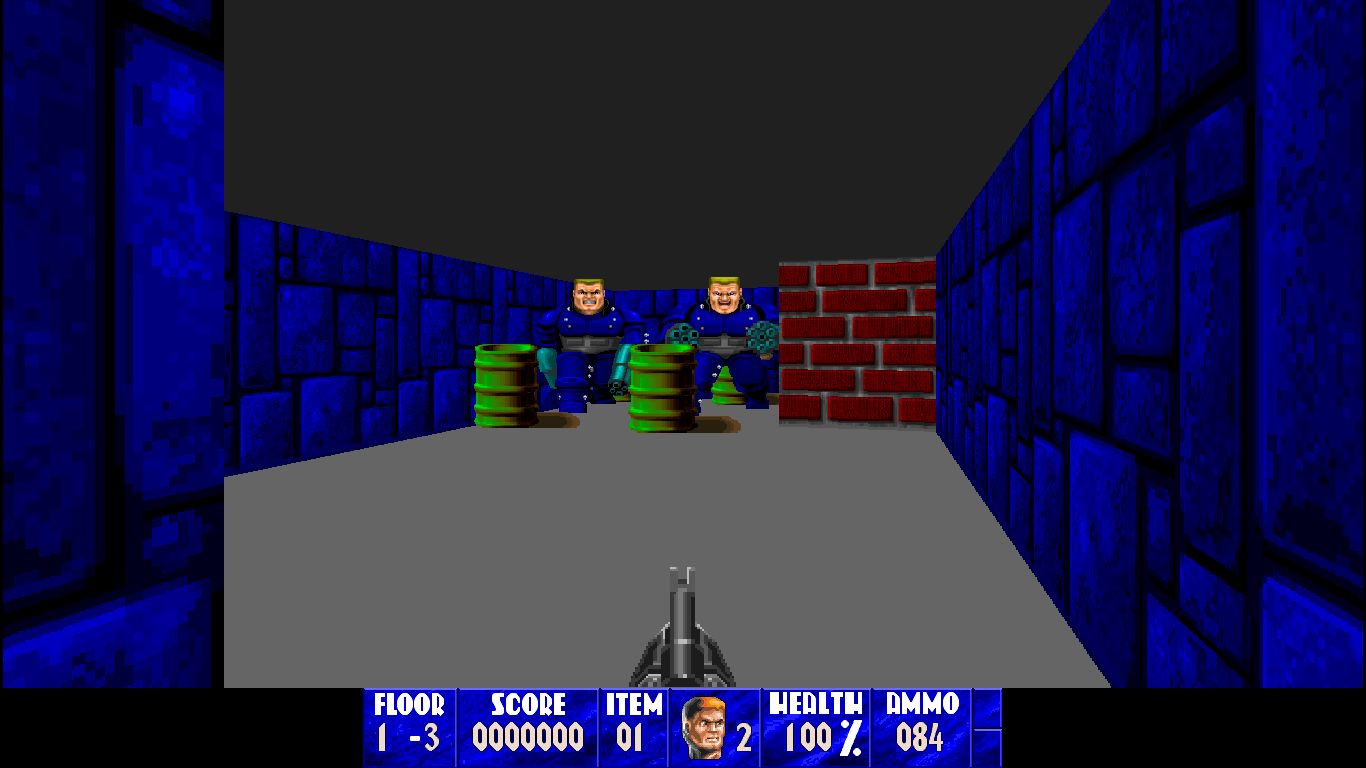 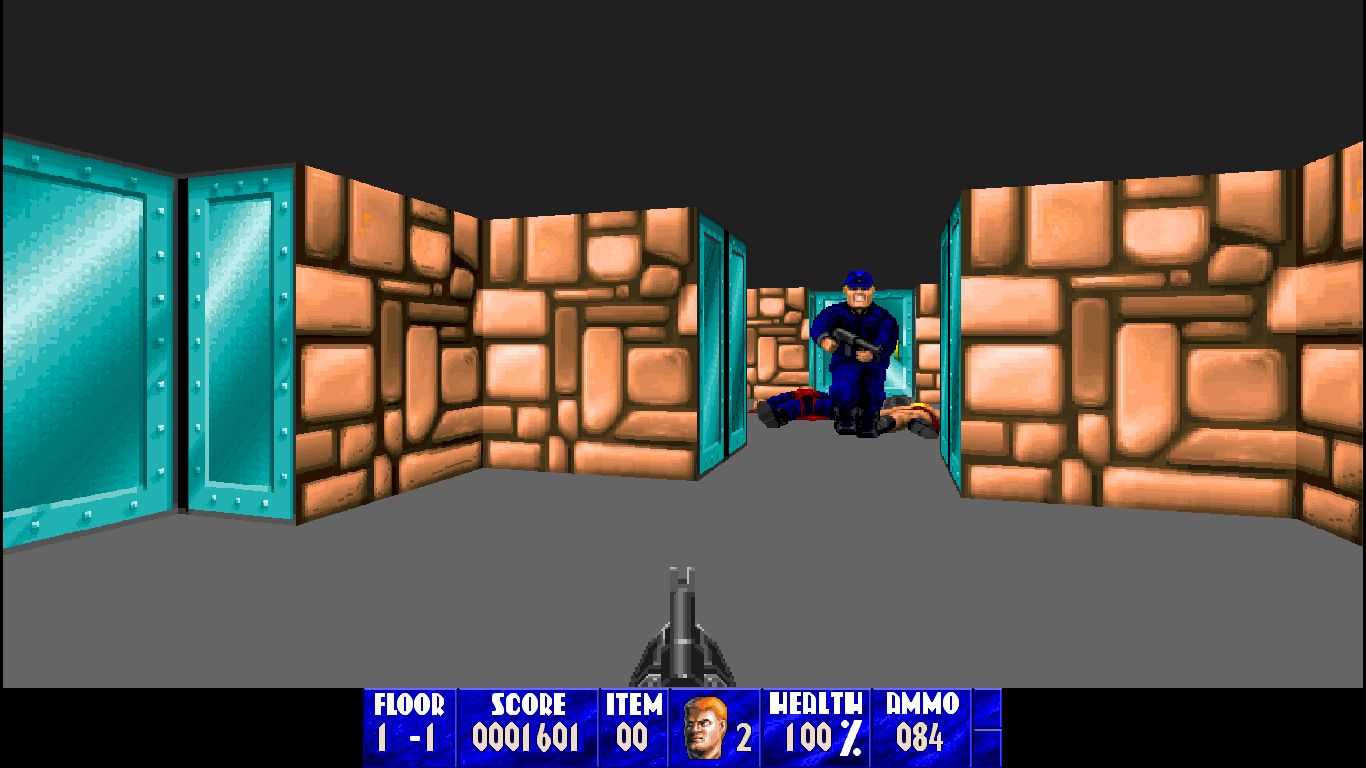