Our Milestone for version 0.2

We promised to deliver regular updates of CrossCode for all participants to the Early Access Program. So we did some planning. The next Version of CrossCode will be Version 0.2 and we plan to deliver it beginning of July. And these are the features we hope to finish until then:

...And that’s the plan! Let’s hope we’ll be able to deliver.

Now let’s talk about what we’ve done so far. Following our visit to RPC (which btw. was very awesome!) we first had to deal with a couple of distractions (albeit important ones… like a meeting with our partner Deck13). So we just recently started to properly focus our work on CrossCode. And here are the results...

Building a town is quite a lot of work. Especially since, in our case, it’s not exactly a very small town. The final version of Rookie Harbor will consist of 5 large maps full of buildings, NPCs and details. So many details. Felix, GFluegel, and myself all joined forces to work on the maps. Here are some screenshots: 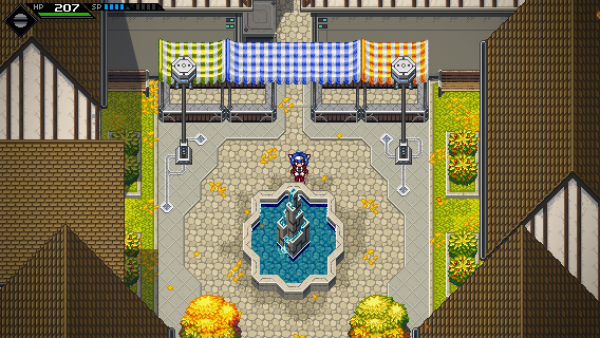 A small fountain surrounded by buildings 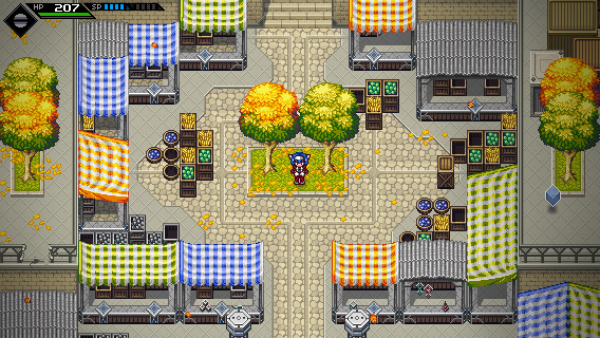 A market place close to the city center.

The center plaza with a larger fountain. Did we mention that avatars can't swim?

Meanwhile, our pixel artist Tina worked on the graphics for the interior of the houses and already made a lot of progress: 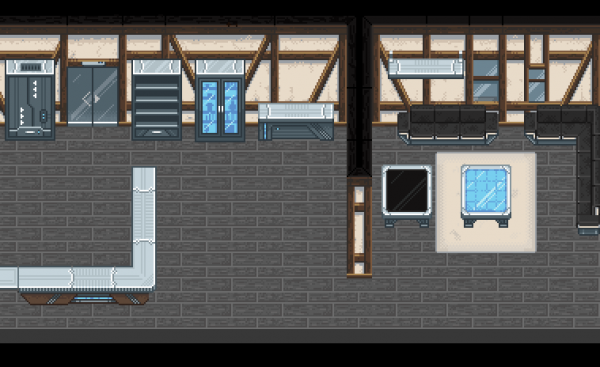 And yeah, we'll have to create those maps, too.

Meanwhile, we started work on another new area we already mention in a previous update: Bergen Trail will follow right after Autumn Rise (the area of the Exploration mode) and feature a climb up to high altitudes, entering a colder region with snow and all that stuff. So one of the first thing we did is plan the layout of the area. I prepared this sketch: 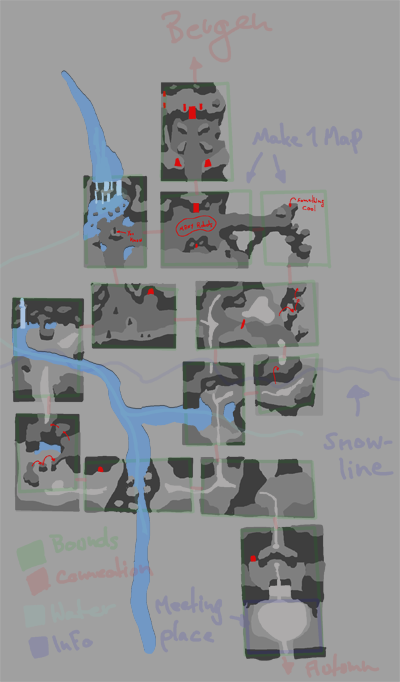 Felix started working on the tile graphics, converting the cliff tiles we already use in Autumn Rise, but adding more variations and new ground, grass and snow tiles: 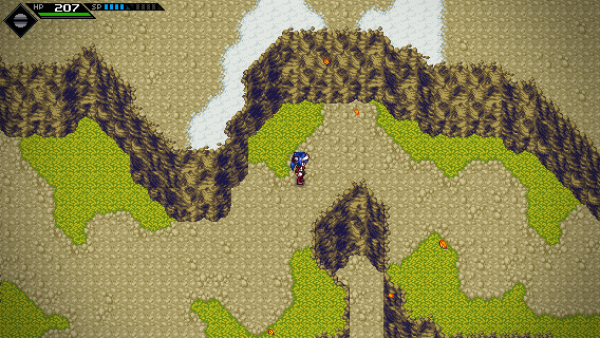 While doing the tiles graphics, we found out that it was quite a pain to create maps with them: we have our height map feature that automatically generates the cliffs quickly enough, however, since the chipset has grass and snow bordering right next to the cliff tiles, you had to replace a lot of the generated tiles by hand. This is quite tedious.

That’s why Felix took a short excursion and extended our height map tool to also support different kind of terrains! It looks like this:

Spending about half a day on that was definitely worth it, as I'm sure it will save plenty of hours of tedious manual mapping.

And that’s about it - and we’re just getting started! Let’s hope for more content in our next DevLog!