In this devlog, we will give you a look into the process of the creation of the current soundtrack of "Anything but Dark".

Following the 2D pixel art style of the game, all the sound effects and soundtracks were based on 8/16 bits music. The sound effects were created combining parts of sounds from free libraries, to create unique and more cohesive sounds. In the end, bit crusher and EQ were applied to all sounds to give them a 8/16 bits feel. 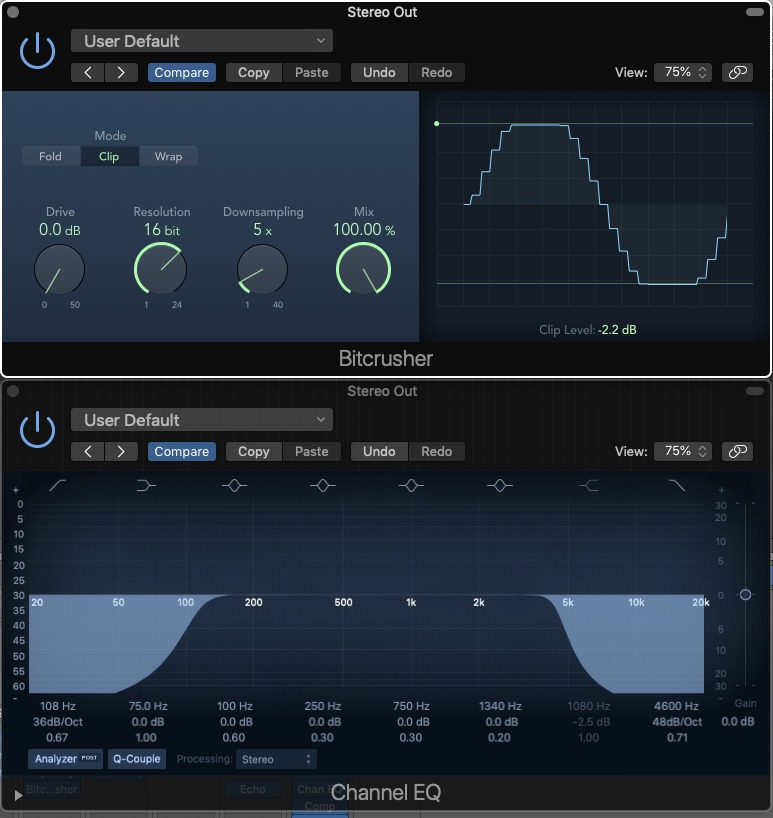 To get that 8/16 bit sound, we used a few free lo-fi virtual instruments, like Dexed and Keyzone Classic. Additionally, the same technique of bit crusher and EQ was applied to reduce all sounds to 16bits and cut a bit of the higher and lower frequencies. It’s also important to mention that all the songs needed to be a loop, so they could be repeated seamlessly while the player is on the respective stage. 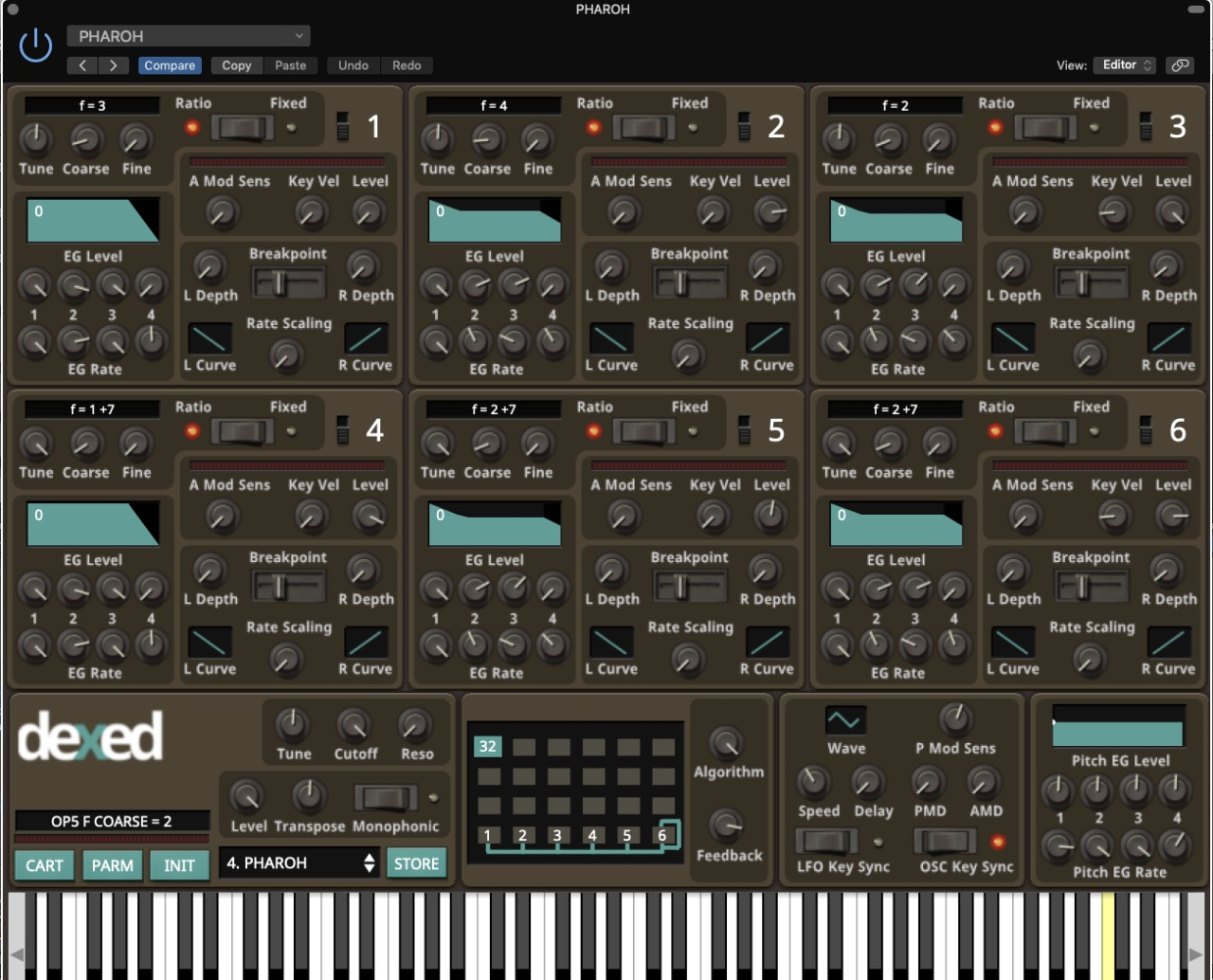 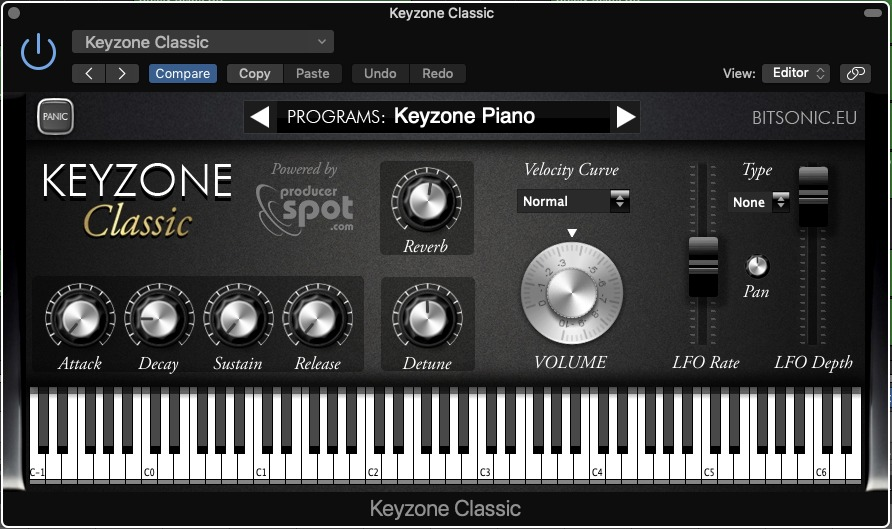 The concept of the main theme of the game, was to create a song that was calming, but also gave a sense of loneliness, like a happy-sad song. To create that sound, we used two main soft lo-fi piano sounds, starting with a few chords and creating a simple melody over it. The drums are pretty minimalistic and slow tempo, to keep the song simple and create the loneliness feel. Overall, the song was built with only 4 tracks: Chords Piano, Melody Piano, Lo-fi Drums, and a Harp-like Synthesizer to create a few punctual accents. A very slow pitch vibrato was also applied to the whole song, to give it a little floating and out of tune sensation.

The Outro song, is an even sadder variation of the theme song. To give that feel we made the song slower, remove the drums, transpose the Melody Piano to an octave bellow, and add more ambience with a long reverb.

The idea behind this song was give the player a sense of challenge and overcome of obstacles. Following this idea, the song is built by a couple of rhythmic bass synths playing complementary melodies with a piano, repetitive drums that grow through the song, and orchestral timpani. To give movement and a sense of growth, after the first half of the song, we use another synth with an arpeggio sequence, and the drums get continuously more complex.

This was the most complicated, because it needed to be synchronized with a dialog progression. The ideia was to start from a feeling of confusion, and build up to panic, like an anxiety attack.
To get it synced with the dialog lines, the song was created in 3 parts, the first one is made only by a simple dissonant piano melody, and long space between each line. The Piano sound was made with an lo-fi piano synth, with a fast vibrato and a bit of delay and reverb, to create an out of tune and atmospheric feeling. To accentuate the sensation of confusion and oddness, the song was made in 5/4 tempo, opposing to a regular 4/4 song. The second part is made with the same melody, played without the space between each line, and a lower base note on the same piano accentuating the confusion and building anxiety. The third part is where the panic sensation begins, built by the addition of fast hi-hat drums and a rising arpeggiated synth bass. The song grows with the addition of a second lower dissonant piano melody, and the intensification of the drums. In the end, before the song starts to loop, there is a break were only the synth bass is played, with a rising lo-pass filter combined to the arpeggiated melody, to keep the feeling of something coming. 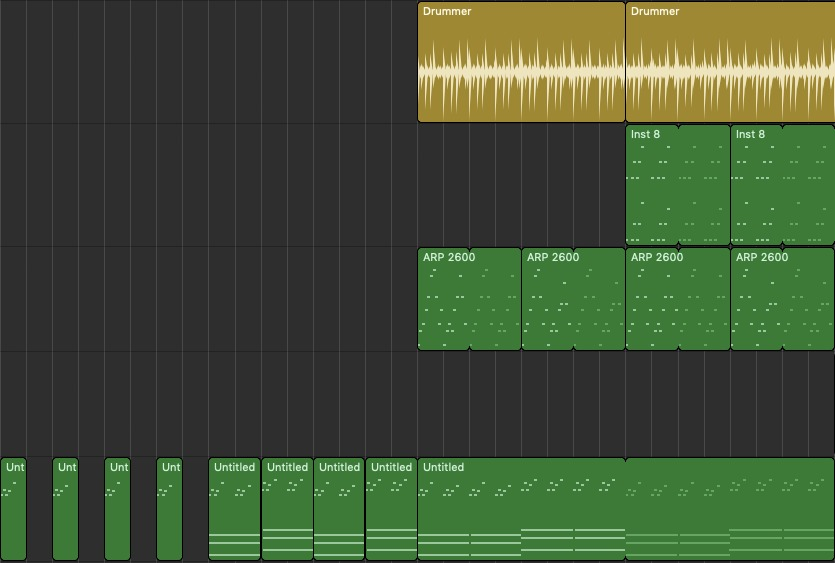 During this song, the player is being chased by a wall of spikes that forces him to keep moving forward. To create this feeling, we used a 7/8 time signature, that has a feeling that the melody ends and starts over before you were expecting in a regular 4/4(or 8/8) song, building a sensation of rushing and reinforcing the need to keep moving.
The song starts with a rhythmic piano melody, followed by a fast hi-hat, that leads into a break with dissonant chords, where the rest of the drums, bass and timpani come in, to give it more weight and a feeling of “final boss battle”. The song continues with variations built around those two parts, with the drums getting more intense and a few more synth parts. On the middle of the song there’s a second break with only the timpani playing, to restart the build up to an even more intense rising of the drums and additional synth parts, before the song starts looping.

We hope you've enjoyed this look at the process of the making of the soundtrack from "Anything but Dark".