Time for another devlog! We finally have a bit more things to tell, so here it is.

There's not too much done again, and Painted Blood more likely will go "slowly but steadily", as both of authors working in free time and remembering how to do stuff from ground up.

There's some points we should say about in a latest devlog:

We remade the gun model into newer version of Blender, and achieved a much better result, doing a new nodelling approach. Since we are making the mod for a retro game, we tried to keep it more or less low-poly. Below, you can see a model of a standard Colt Python replacement - the updated Thunderbolt .357, a bulky revolver using electrical charge to actuate the shot. The base model itself requires some fine-tuning, and after that we start working on textures and hands. 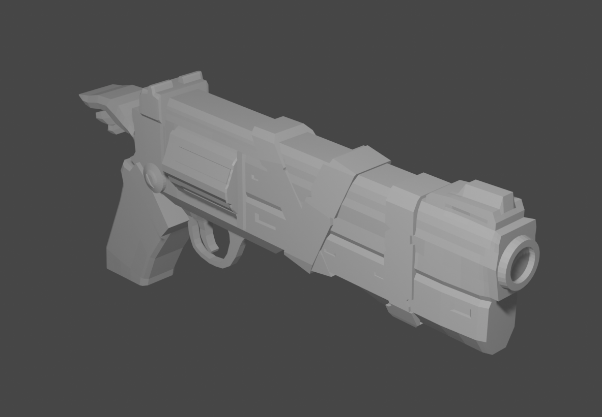 Before proceeding to do actual maps, we decided to mess with level editor a bit to make sure what we can do and what we can't. First thing we checked is interior destruction. And here's a proof of concept for it

We also experimented with scripted sequences and external models. Xash3D and GoldSource can load pretty high-poly models, but we don't really need them to be THAT high poly 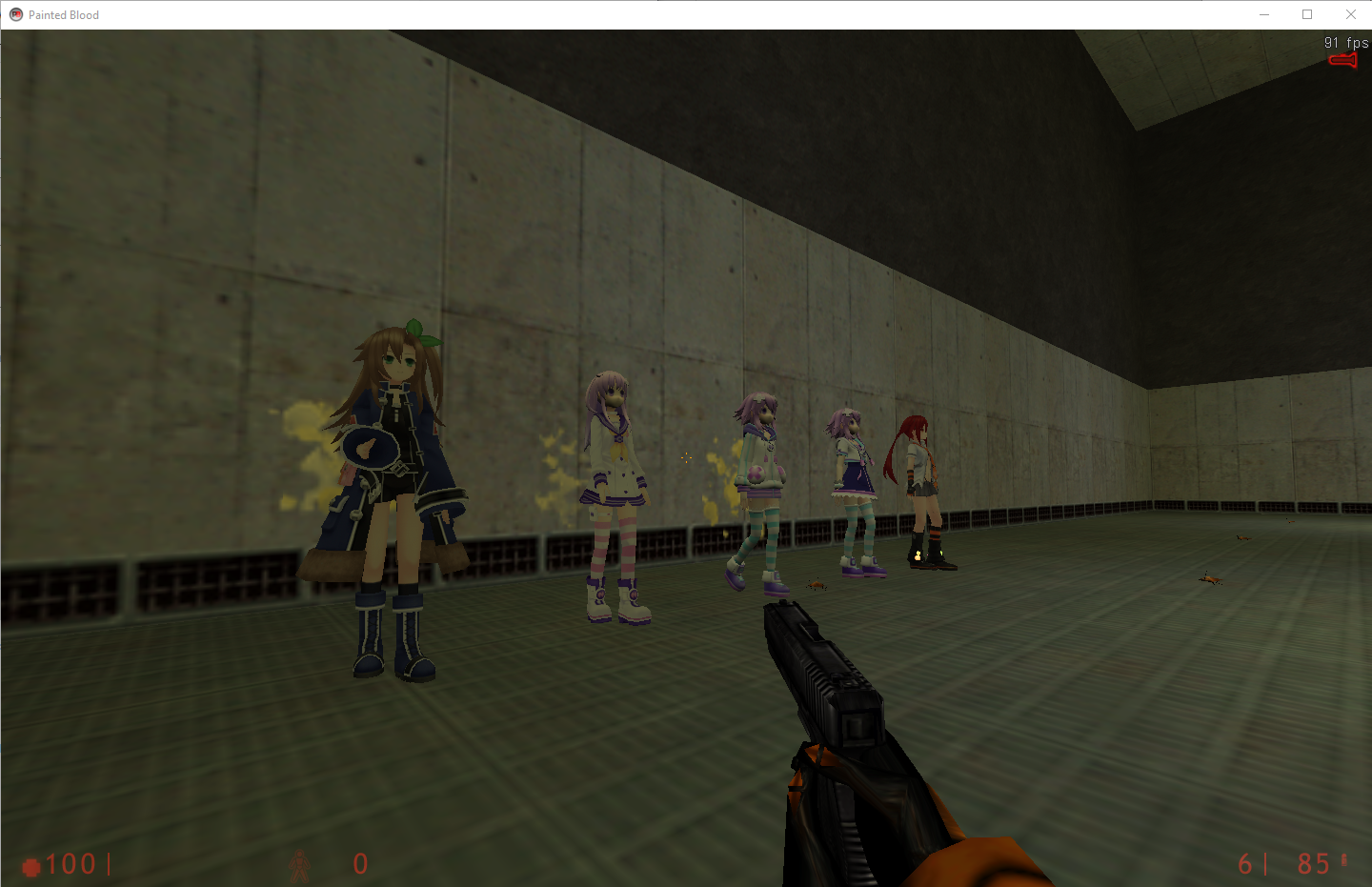 We also got an idea of porting textures from other games, such as Portal 2 (at least temporairly). We are going to create our own textures as well, using source photography both made by ourselves and brought from resource bases and mediums. We will edit most textures for pastel gamma, as anime aesthetics is still our goal. Currently working on level style tests, so stay tuned for that.

A bit of sound experiments done, but mostly with replacing footstep sounds and and "vox" folder (aka Black Mesa intercom files). Cleaned some rudimentary junk that still hangs around from original Half-Life.

Story is the second point of this mod, and we progressed here the most. Basically the whole mod started with coming up with it's story. Here’s a small teaser for you:

Helicopter flies over the fields. Eventually it reaches what is known as Phantom Forest. After landing near the main entrance, Yuna disembarks and looks around. The helicopter flies away. Yuna goes through the main entrance and is greeted by the sight of an abandoned hallway. A bit further away - a train station. She approaches it and finds out that trains go to a laboratory. Laboratory, where her target is supposedly located.

That’s all for now. We keep working on things, and would also appreciate initial feedback, even though the mod is in relatively early stage.

See you next time, and stay tuned.