This is likely our last big devlog before release. We'll talk about the plot, the user interface and diplomacy.

Posted by AnarkisGaming on Jun 1st, 2015 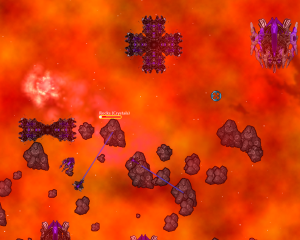 This is likely the last big devlog before the 1.0 release, which is planned for around June the 15th. Hey, I am only 3-4 months late on what was supposed to be a one year project, that’s not bad. While we are checking the general news, you can now buy Unending Galaxy at the Indie Game Stand (they accept Bitcoins and Amazon virtual currencies, alongside the usual CC and paypal). Also, the SpaceGameJunkie website published a very long let’s play of the beta 5. There’s a couple of mistakes in the video that I corrected in the comments, but all things considered it was good feedback and I will improve a few things in the UI according to it. I still have to make a decent trailer on my side. If you're looking for something a bit more action packed, check my own gameplay video (music but no commentary).

Anyway, back to the game itself ! This is full crunch time, and I barely do anything but code and drink energy drinks (I should have asked a sponsorship to Monster), it’s a good thing that what’s left isn’t that complicated code wise. This is still a tricky devlog to write as one of the major addition is also a pretty big spoiler, so we’ll get to that part last. 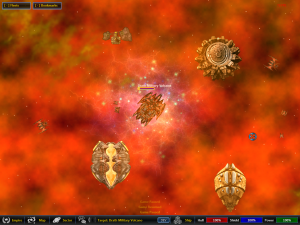 While playing the Lost Fleet scenario, I noticed it was pretty annoying to always switch between the standard view and the sector map to move around your ships and having to change ship in order to open the communication channel or trade menu. As a result, if the camera isn’t centered on your personal ship, the game will assume you’re using the RTS (real time strategy) control scheme on the currently selected ships, moving them with right click. Additionally, the game will assume that the ship the camera is centered on is the one who wants to trade/comm with your target.

In simpler words : before, if one of your traders got attacked by a pirate, you had to select the ship, take control, talk with the pirate to tell him to back off, find back your own ship, take control back, and finally, if it was an automated ship, restore its AI module. Now, you simply need to center the camera on the ship, talk with the pirate, and reset the camera. That’s much more convenient and it ‘synergize’ (is that even a word?) with the option to pause/center camera when one of your ships is attacked.

Speaking of the RTS controls, it was way too easy to order an attack on a neutral/friendly by mistake with a single right-click. And given how fights can escalate quickly, it was not an option. So, the default action for right click is “protect” now, except if you’re at war with the target, in that case they’ll attack. You can override the new default by holding the [ctrl] key, in that case your ships will attack no matter how friendly is the target.

There’s also a bunch of small changes, like the mission tab in the trade menu being greyed out when there’s no missions available at that location (saving a few clicks). The sector info panel is now correctly displayed when you try to jump or stage an invasion, dunno why I hid it in the first place. 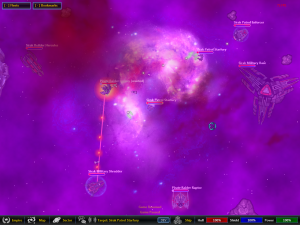 I don’t know if you recall, but there was a pretty big issue I needed to be tackle. It was perfectly possible for the player to ally (or make an N.A.P.) with someone and raze all his docks, encountering very little resistance in the process. I could have chosen to forbid you to do so completely, but that’s not really in the spirit of the game to make arbitrary restrictions (it would also have been a nightmare to enforce properly), but instead I used a system that’s more fluid.

First, I changed how the reputation penalty for destroyed other people assets works. Now the penalty depends on what you attack (destroying big warships or important stations costs way more than killing a few trading ships), and your current relationship. If you’re at war the penalty is lower than when at peace (after all, you’re at war, losses are expected), which is in turn lower than when there’s a non aggression pact or an alliance. Basically, razing one of your ally’s shipyards will reduce your relation by a lot.

But the most important change is the hidden “treachery” level. If you do something illegal like destroying your ally’s fleet or docks / breaking a N.A.P. it will increase your treachery level by a point. The higher the level, the less likely other factions will be to ally or NAP with you. It has a slight (well, slight as long as you don’t go on a killing spree on your ally) effect on all decisions related to your faction. You cannot reduce or see this value on purpose.

In a more practical sense, you can still abuse the game’s rules and cheaply take an ally’s territory with little short term cost. But, don’t expect the other factions to take that lightly or forget about it. I think this system hits a good balance: there are consequences for your actions, but no enforced constraints to ruin your grand plan of world domination.

There’s also a few minor changes here and there, but nothing noteworthy. 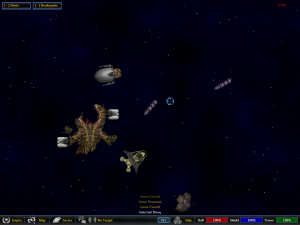 I added a chain of events in which the player can take part in (or not). It has something to do with the AI Core and Titan Corporation. It’s quite short, but it still contains a couple missions, rewards and it may impact the galaxy in a pretty big way.

I won’t spoil it, but I’ll just say that this chain is only scripted to a point, depending on what’s going on in the universe, it may never complete, and if it does, the results will vary based on the current state of the world.

I will add more of those after the 1.0, so consider this first one as a test run. That being said, writing what basically amounts to a (very small) plot-line was extremely time consuming both in code and testing and that’s not something I like doing very much, so it’s going to be a gradual process.

And, as usual we have the long list of small improvements and bug fixes. The most notable ones are that the save/load system has been sanitized, it’s a bit faster and I fixed a rare bug that was causing the game to save/load extremely slowly under specific conditions. The dialog option to pacify the police or pirates has been rewritten and should work properly now, even if ships get hit by bullets fired prior to the negotiation. Sectors bordering a nebula have a light cloud layer, making the transition between the two less jarring. Nebulae have a higher resolution (512×512->1024×1024) so the “texture” loop is much less noticeable. And so on and so forth