In this update, I have some progress to share on the new Voxel Editor as well as a couple of small, new features that were added to the current version of RPG in a Box.

Hello again everyone, it's time for another bi-weekly development update! In this update, I have some progress to share on both the upgrade to Godot 3.0 (primarily around the new Voxel Editor) and some small, new features that were added to the current version.

To start out, I've made some great progress on the implementation of the core drawing tools in the upgraded Voxel Editor! It's pretty exciting since there will be several new features available rather than just being a straight port of the existing editor.

One of the new features is the "box mode" option for the Attach, Paint, and Erase tools, as shown in the GIF below. This mode will make it a lot easier and quicker to add or remove a large area of voxels at once. These tools also support the "voxel mode" method used by the currently released version of the Voxel Editor for placing or removing one voxel at a time.

Two other handy features that complement each other are the Move and Selection tools. The current editor includes the ability to move the entire model at once, but with the brand new Selection tool you'll be able to move only the desired voxels as shown below.

In addition to the implementation of these drawing tools, I've also taken care of their corresponding logic for the Undo/Redo system as well the "frame management" tools for things like inserting a new frame, duplicating a frame, and shifting frames left or right. The first iteration of the new Voxel Editor is getting relatively close now!

I'm happy to say that RPG in a Box now comes bundled with a sample music library containing 40+ chiptune songs by Josh Penn-Pierson! There's a good variety of songs, so if you need some music for your game you can easily import them from the new "Music Library" feature. The music is licensed under the CC BY 4.0 license, so please be sure to give credit to Josh if you use any of the songs in your game. :)

Before I cover some of the other development-related updates, I wanted to briefly mention that I finished up another tutorial! This one walks through the basics of creating a walk animation and idle animation for your characters. You can find the tutorial on the documentation wiki here: Rpginabox.com

I spent a little bit of time working on a "fog of war" feature that can be enabled in your game's configuration. At this time it's considered experimental until I can polish it some and allow it to be customized in various ways. To accompany this feature, there is also a new "Blocks Line of Sight" property for objects and characters that will affect which areas can be seen when fog of war is enabled (for example, a closed door should block the player's line of sight, but not a small chair).

I updated the "Dungeon in my Pocket" game (which can be can be downloaded for free here) to include fog of war if you are interested in trying it out. I think this feature could be useful for certain styles of games and can add a fun element of discovery/exploration to them.

I also recently updated my collage displaying some of the games/demos/tests made with RPG in a Box, which you can see below. You can view the original image on my Cartrdge page here. I've also included details on the page about each game shown.

If you're interested in finding out more about RPG in a Box or would like to give the demo version a try, check out my Itch.io page here: Zeromatrix.itch.io

Thanks again for reading and for all of the support and encouragement! :) 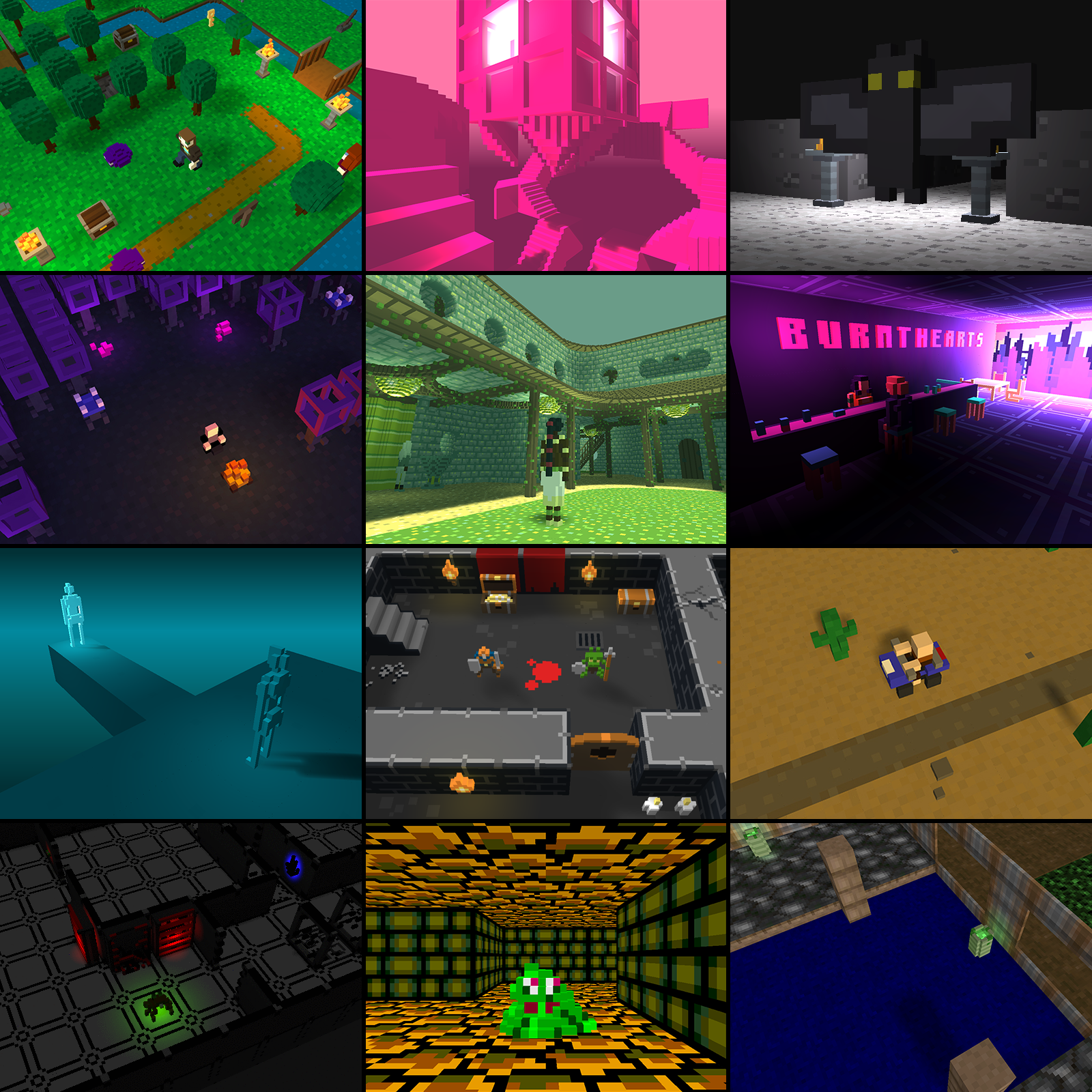 You forgot to mention the player's health bar in first person as a UI.

Ah yes, thanks for mentioning it!

Heh, no worries. Thanks Armcoon! :)