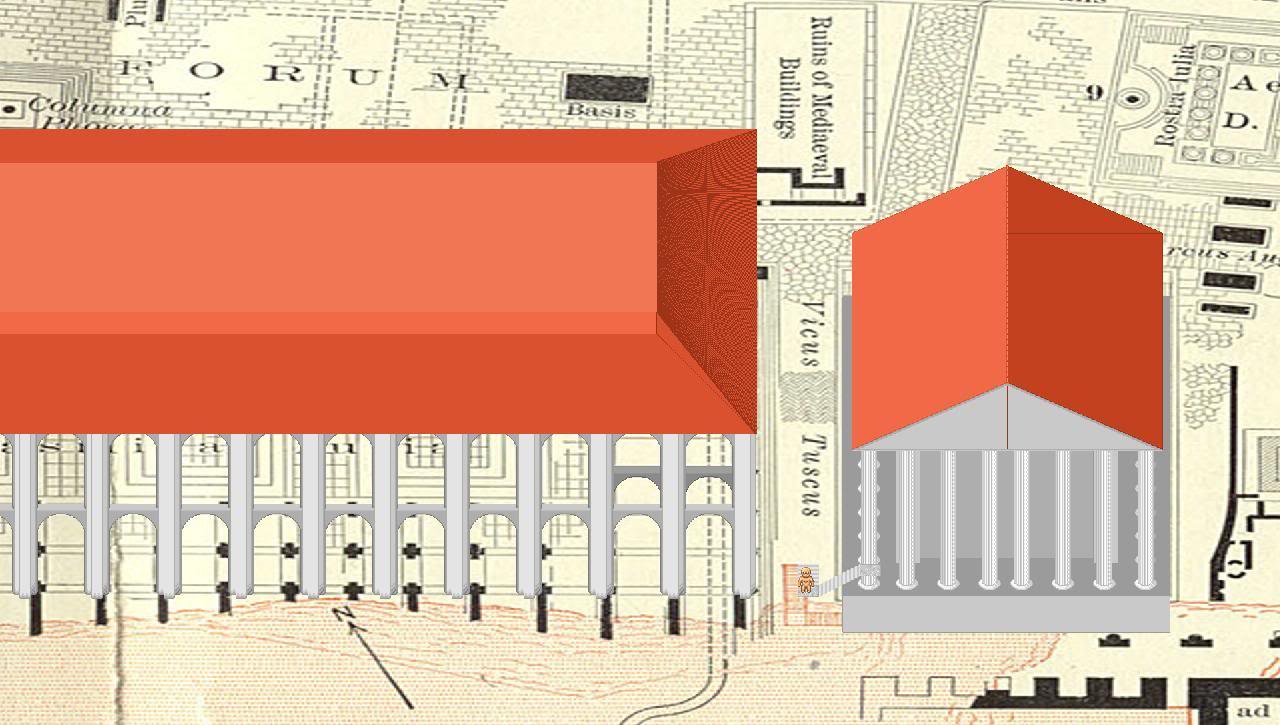 Welcome to the Forum Romanum!

In Developer Update #002, I covered Aedes Castoris, on the right. But for now, it'll do as it is, graphically. I'd rather get the basics of the city made for now, then go over it later on, so you guys can get stuck in and beta!

Now, on the left is the Basilica Iulia. To my current understanding, the Basillicae were used as public meeting spaces in the third century BCE, then later as open churches to christianity.

The architecture is composed of two levels of tiered arches ontop of each other, as shown above. The interior is made up of such arches also, exception of an open space in the center (shown below); 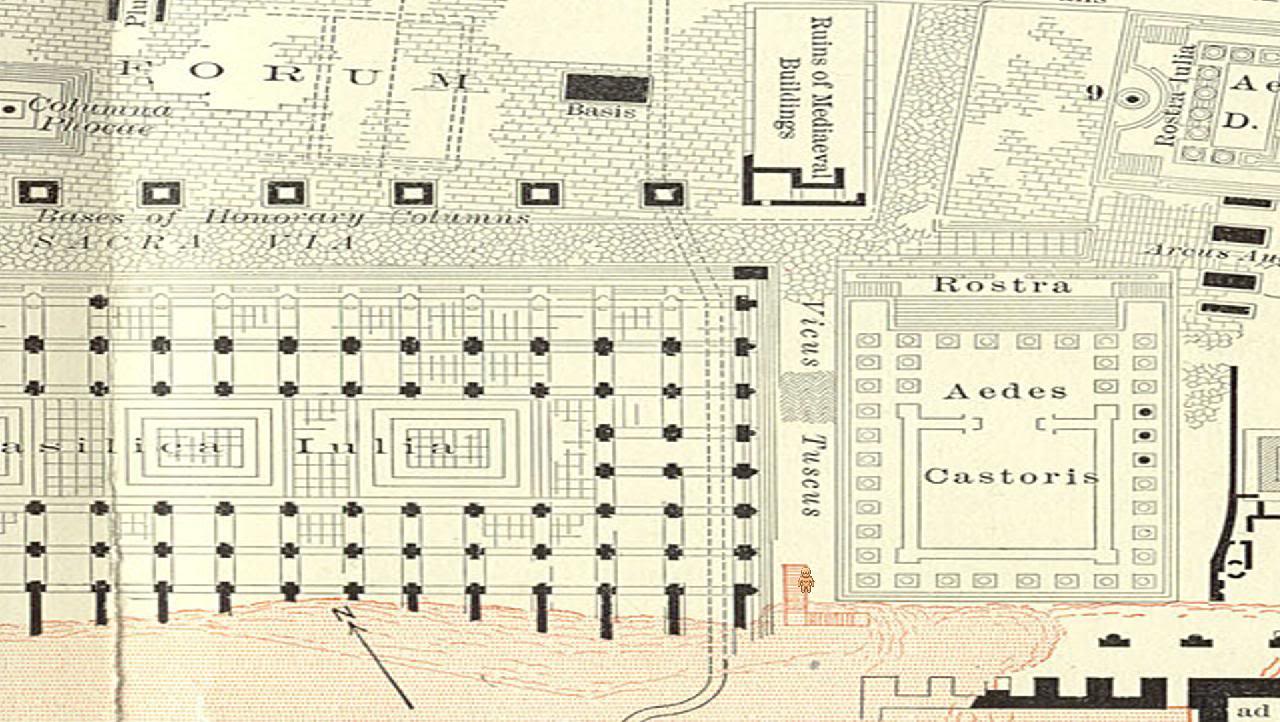 Now I shall draw your eye to roofing, which is taking quite a while to draw, due to its complex design. 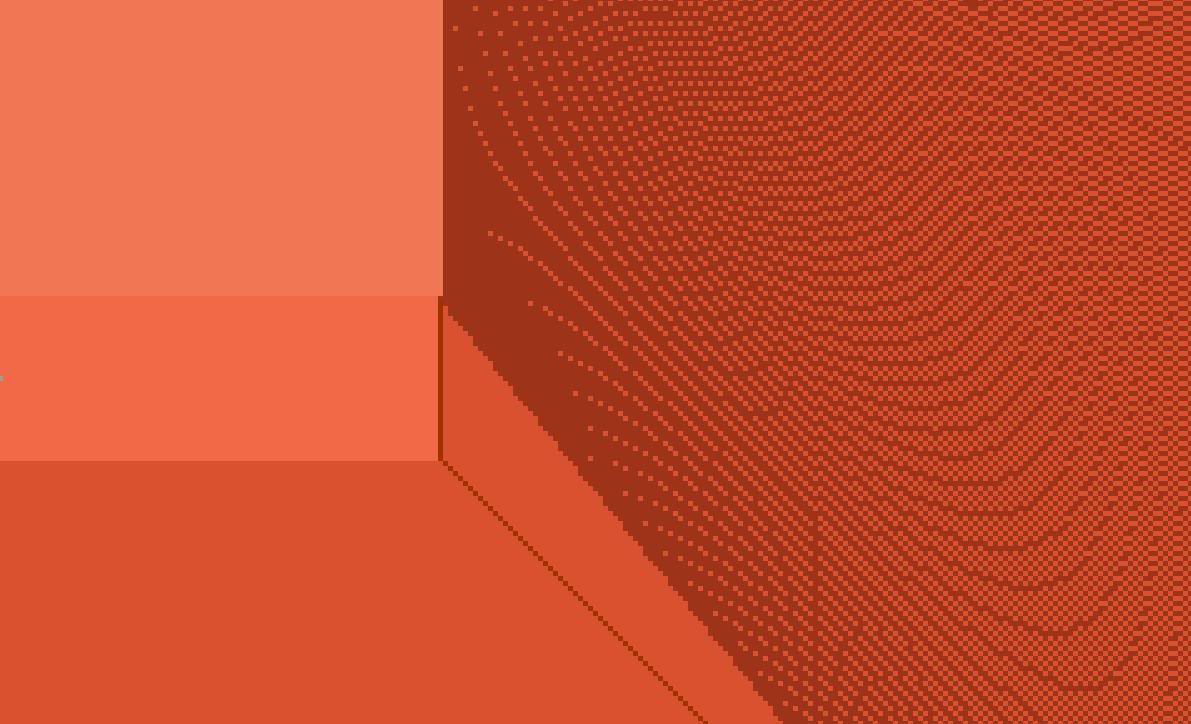 I began by drawing the actual roof as a flat rectangle. I then copied this into a smaller version. I skewed and raised this, then drew the scalene triangle visible above.
The dark orange background is the original roofing, the medium orange is the shrunk roofing and the lighter orange is the roofing that will be visible at the top of the tiles.
The "space" or "gap" in the triangle is basically open space down to the ground floor, and is a temporary means of working out the direction of the roofing's tiles.
The roofing tiles were drawn by simply drawing a straight line between two points. On the outer edge, the pixels were increased by 2, meaning to miss a pixel, draw a pixel, miss, draw, etc. Meanwhile on the inner, it was increased by 1 pixel.

I was very suprised to see this turn out as well as it did. It's actually rather pretty. 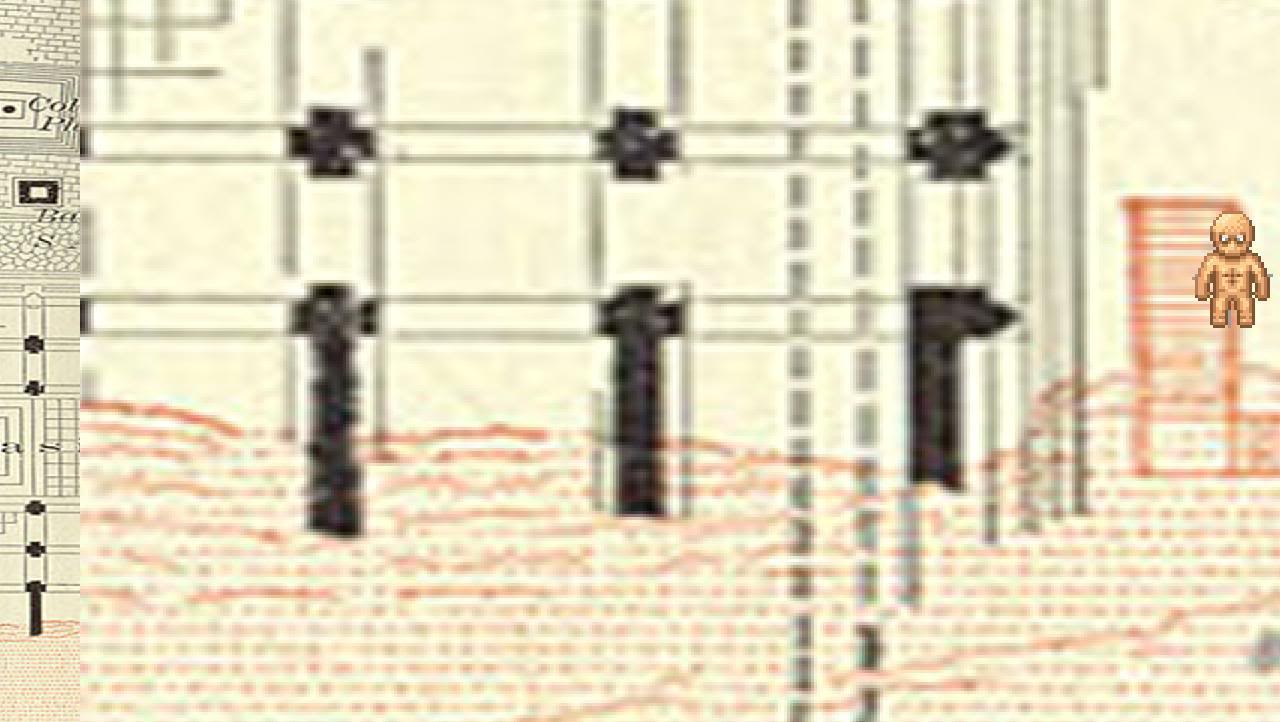 Now in the image above, you can see that the arch pillars expand into the cliff, designated by the red outlining and the stairs to the right. I'm actually going to have to ignore this and build it seperated from the cliff, to avoid the fact that the building is higher than the elevated ground!
Nethertheless, the stairs on the right will lead up to the top of this ground, which I suspect holds temples.

I actually just looked over the maps and did some crosschecking, and apparently, that cliff isn't even there. Such madness. Capitoline Hill (Collis Capitolinus) is actually on the left Basilica Iulia, across a road, and the grounds below the Basilica are relatively flat. 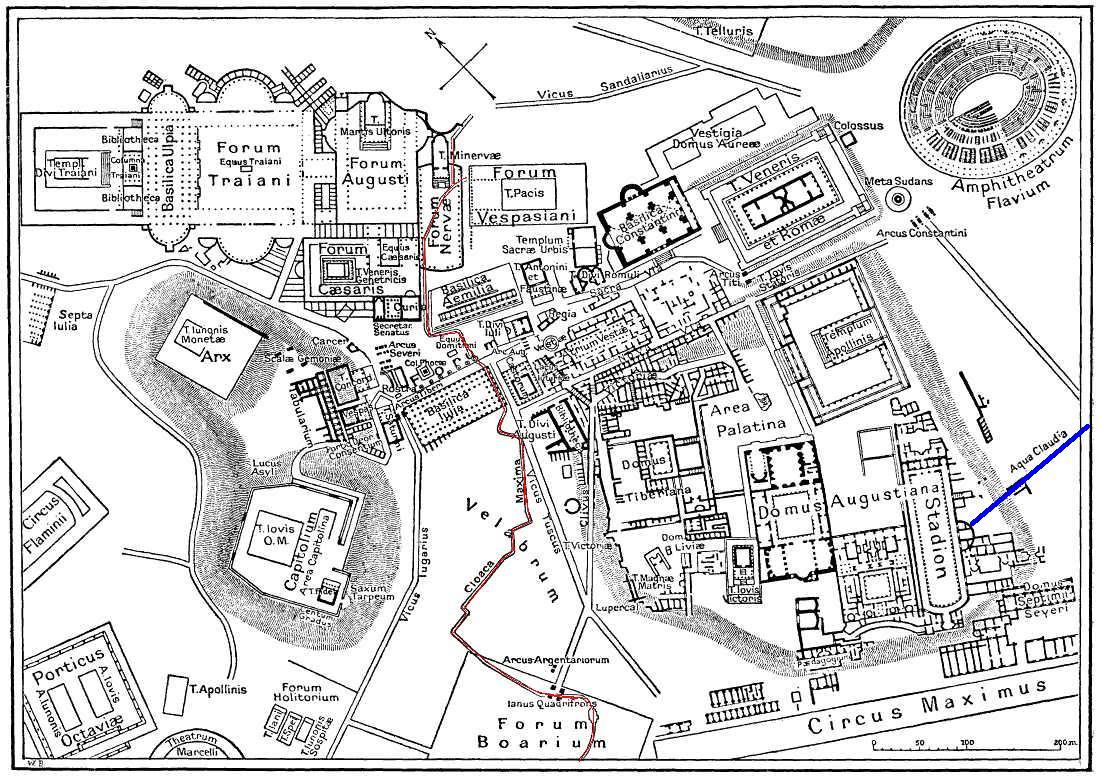 The large hill on the left is the Capitoline, with the Basilica Iulia being the large dotted building on the right of it, near the center-left of the image.
It's funny, I only grabbed this image for the visible route of the main sewer, Cloaca Maxima "Great Drain" (red line).

Well. It's a good job I made this Dev Update, evidently.

I'll be answering any questions you may have in Development Update #004, so feel free to post those, or if you wish to stay anonymous, PM them me.