Inspired by a historical fort built during the 1600s by the great military architect Vauban, Fort Imperial is one of the coastal siege maps playable in Holdfast: Nations at War. The fort was part of a chain of fortifications that protected the walled city of Saint-Malo and Brittany itself.

Posted by AnvilGameStudios on Feb 26th, 2017

Inspired by a historical fort built during the 1600s by the great military architect Vauban, Fort Imperial is one of the coastal siege maps playable in Holdfast: Nations at War. The fort was part of a chain of fortifications that protected the walled city of Saint-Malo and Brittany itself.

But more importantly, how will the map play out? We’ve split the information in two to detail the roles, objectives and provide some tactical insight for the opposing teams - The attackers and the defenders. 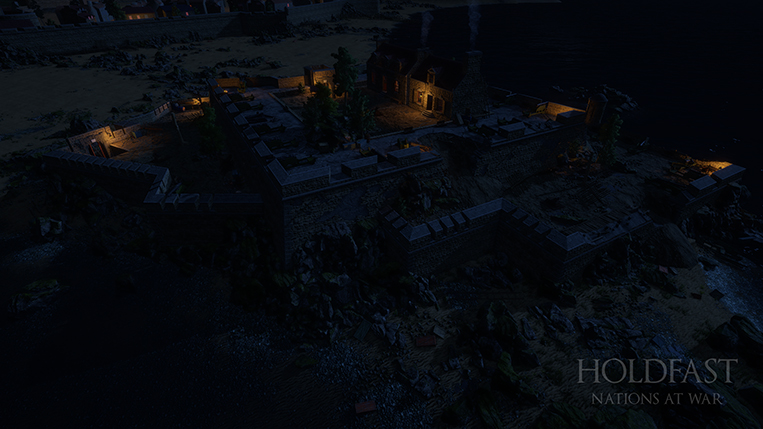 Your objective is to topple the enemy's defences and capture the fort. Launch rowboats from larger vessels to land ashore, siege the fort with artillery from ships, destroy walls to create breaches and capture strategic objectives.

Besieging Fort Imperial will be a tough and hard-fought affair. It has two layers of defences with long guns, mortars and swivel guns covering most of its surrounding areas. The fort is not impenetrable however and there are a variety of ways to breach it. Keep your head low and watch out for the musket and cannon fire!

You will not be able to go very close to the shore with the larger naval vessels so the use of rowboats and gunboats will be required to go on-shore and capture the fort.

A variety of ladders positioned around the fort can be used to scale the fort’s walls. This method is the most daring of all, so be prepared to get shot down as you and your fellow men attempt to conquer the fort. 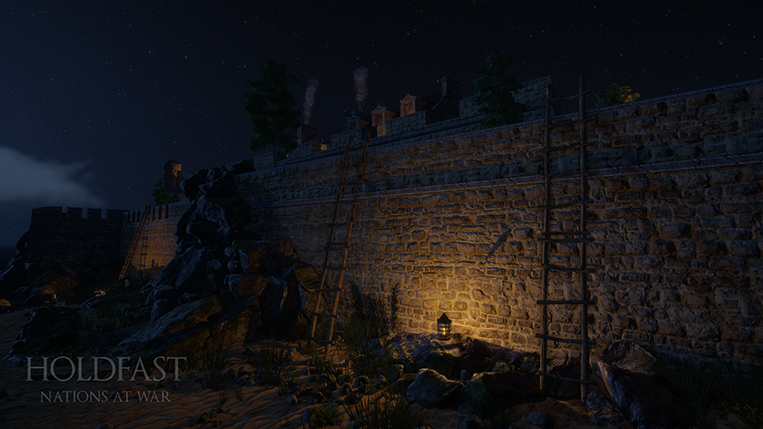 Destroy the walls to create a breach

Bring the ship’s guns to bear on the fort’s walls and batter them down with iron round-shot. You will see the wall gradually tearing down the more round-shot you pour into it. Certain parts of the wall can be shot down to remove cover for the defenders and others will create a breach enabling you and your teammates with easier access to the fort. 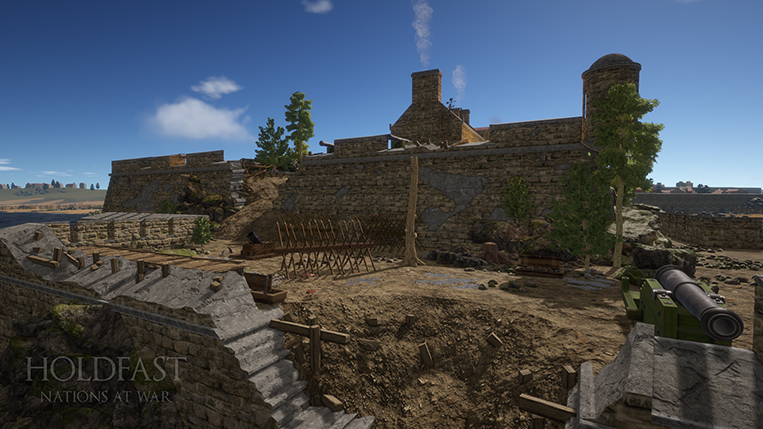 Damage and destroy the fort’s cannons by hitting them with the artillery aboard your ships. This will render the enemy's guns unusable.

Rowboats are especially weak to artillery fire. Aiming for the enemy's guns could prove for a good strategic manoeuvre since the landing parties on rowboats and gunboats will be less privy to cannon fire. 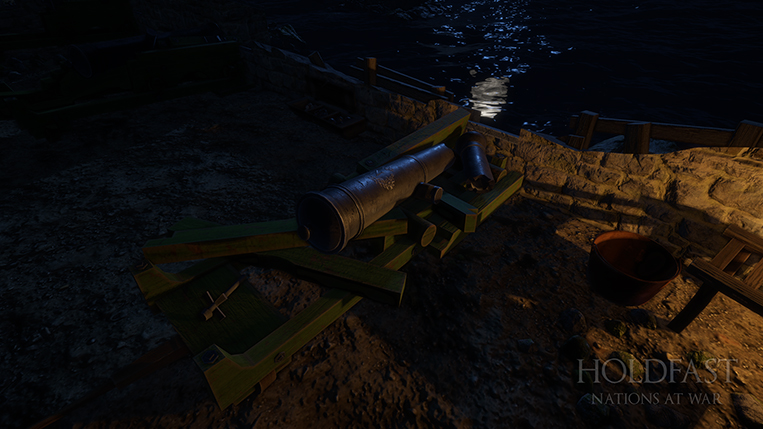 A secondary and optional objective for the attackers is to capture the shipyard. This strategic point allows the attackers to spawn near it in limited numbers if captured. When using the shipyard as a forward point, you will not have to make use of boats to land ashore, the main entrance of the fort is relatively close by and the beach itself has plenty of natural cover to hide behind. Everyone appreciates a little bit of a safe haven from musket fire. The same couldn’t be said for the defenders, of course, trying to bring a quick end to you and your fellows.

Most of the fort’s guns are situated at the back of the fort facing the ocean to fend off the ships and boats. This leaves Fort Imperial’s main entrance and the beach in front of it where the shipyard is located as an interesting endeavour for the attackers to assault from. 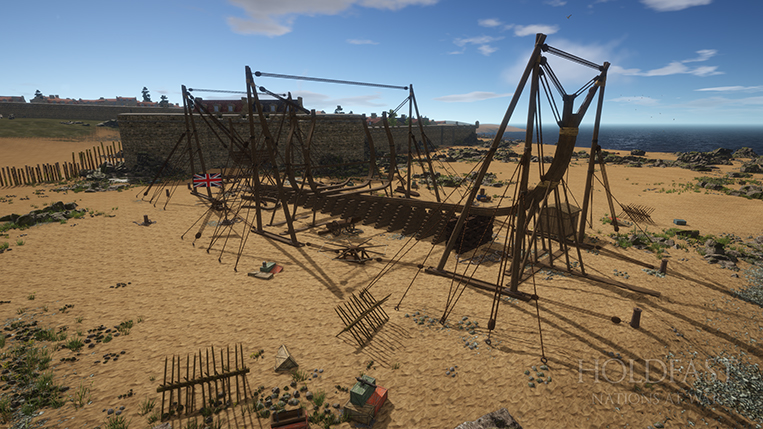 2 Handed Axes are especially useful at breaking gates, doors and other defensive emplacements.

Fort Imperial is protected by two gates. One facing the beachhead in front of St Malo with a drawbridge in front of it and the other prevents easy access to the fort’s second and top layer of defences. Destroying them both provides you with yet another alternative to capture the fort. 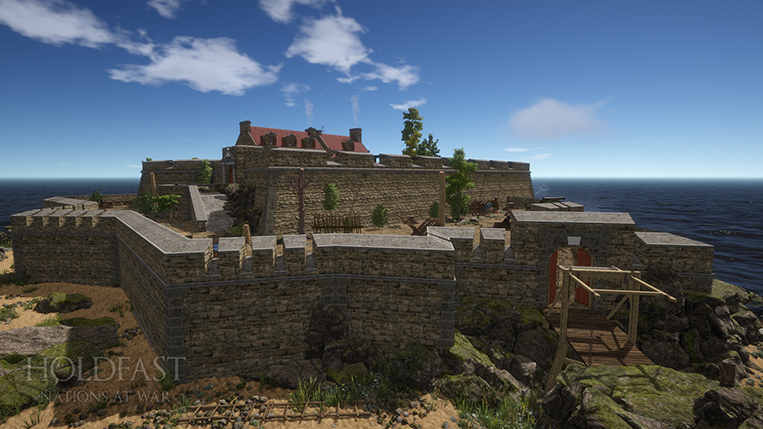 Prevent the fort from being captured for an allocated time. Use everything within your arsenal to keep the enemy at bay in the coastal siege game mode. You have the strategical advantage but your reinforcements are limited so watch out for your precious life!

Utilise the fortifications defence to your advantage

The fort’s walls can take quite the brunt of the eventual onslaught of cannon fire from the invading enemy vessels.

If the walls are left undefended, they will, however, be destroyed. Be sure to make good use of the artillery on the fort and with them find a place for the enemy's ships and boats below the ocean’s depths. 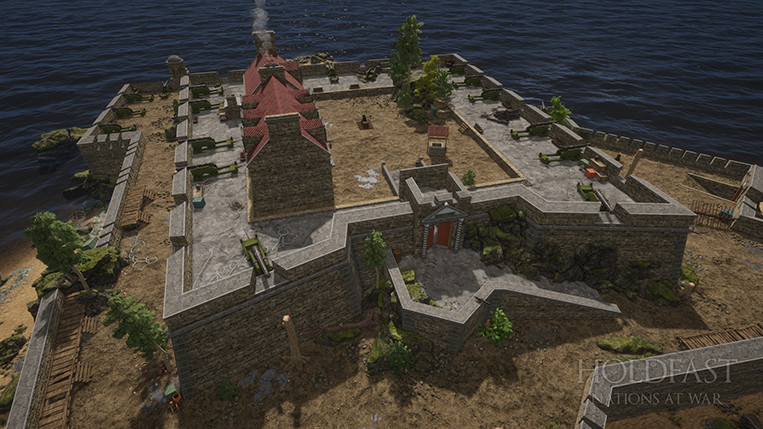 You can find them covering important areas behind the fort’s gates. Should the enemy breach your defences, swivel guns coupled with anti-personnel canister shot will prove for an efficient method to push them back. 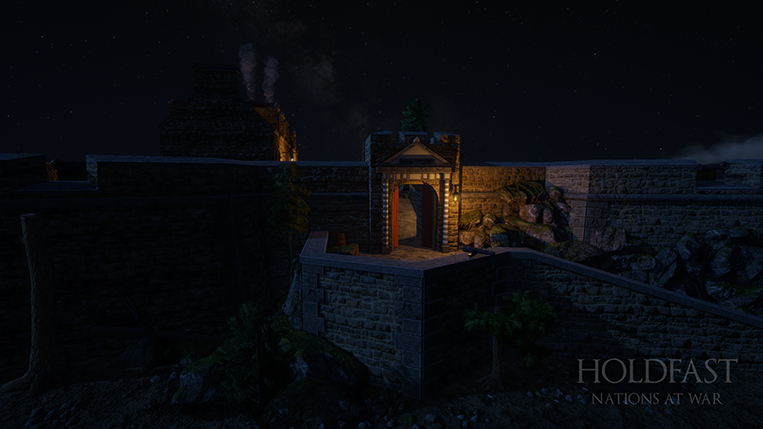 Musket fire to keep the enemy at bay!

Setup your position inside the barracks or shoot at the enemy from platforms or loopholes with your trusty musket behind the safety of the fort’s walls. As the infantry, it is your task to prevent the landing parties from capturing the fort and keep the enemy at bay. 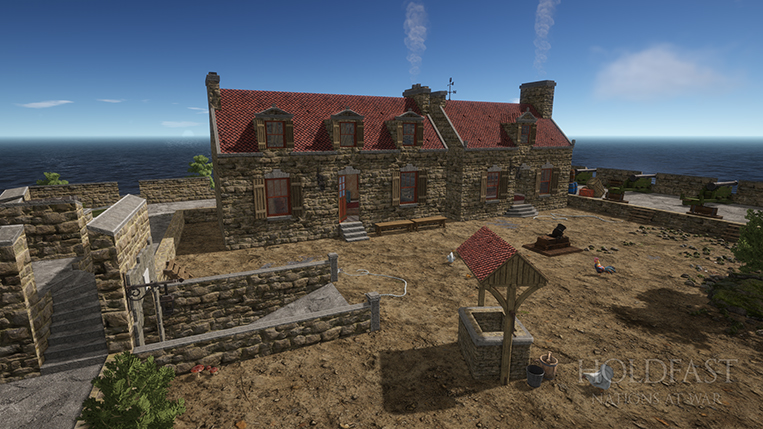 Will you wait until the walls have been breached and go for a frontal assault? Scale the walls with ladders in an even riskier attempt at capturing the fort? Or will you take control of the shipyard and then onwards and through its gates? We’re looking forward to seeing the approach players will be taking.

What are your thoughts and ideas about the map? Join in the discussion for this developer blog here and tell us about it.

Stay tuned for more developer blogs and insight into Holdfast: Nations at War!