Surprise!Beta one is here and it brings the following list of features for you to read. Transactions now also operate on controllers instead of only specific model methods. Blacklisting of IPs and emails is now possible. Users can now blacklist other users and thus not receive messages from them anymore. I've implemented refunds (as a percentage of the initial cost and all of the required items) when destroying modules, units or components. A new module (building) type has been added. It increases resource storage values. Modules now have an "outputResource" attribute that tells the game what resource they will produce, instead of the old method of having a "module" attribute associated with each resource.

This allows resources to be produced from different modules.Modules now have one of the following attributes: "technologies", "components", "units". This allows technologies, components and units to be produced at different modules. Alliances have been implemented. Users will be able to attack each other only if they are part of an alliance and at war with the alliance of the user they plan to attack. Peace is the default state. After declaring war, both involved parties must agree to a peace proposal to revert back to the peace state. The combat system is up and running. Units now have classes which allow them to deal more/less damage to other classes.Nodes (towns) can be conquered after winning a battle and defeating all defending units. Various bug fixes. Here are some screenshots. 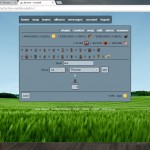 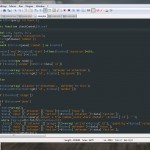 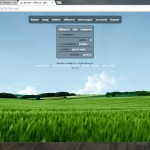 And here are the files: devana-v2_beta-1. You can also get them from here.Also, try the live demo. The next milestone will bring the much talked about addon system (yup, earlier) and resource trading. I'm bringing addons earlier because I really don't like how the game sends out messages from the core right now. It would seem much more natural as an addon. See you soon. :)