Production on the mod is going on smoothly no hiccups yet, Currently I'm working on some set pieces for my map and some other modular pieces that will populate the map and cut production time in half!

Production on the mod is going on smoothly no hiccups yet, Currently I'm working on some set pieces for my map and some other modular pieces that will populate the map and cut production time in half!

Here is a breakdown on how I completed the fountain piece from low-poly to getting it ingame: I usually start off with a low-poly base mesh that helps me form in my Piece before I take it to the high-poly state: 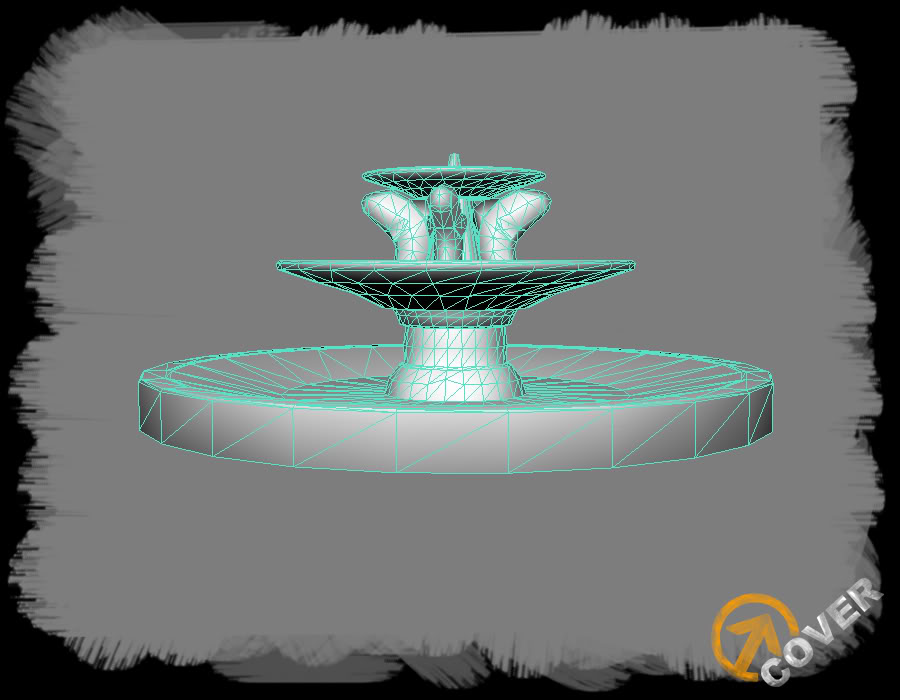 Once I have that completed I start work on the high-poly having 8 gigs of ram helps at this point because I was working on the design as I was drawing in the details I had a lot of freedom with the forms in the high poly sculpt: 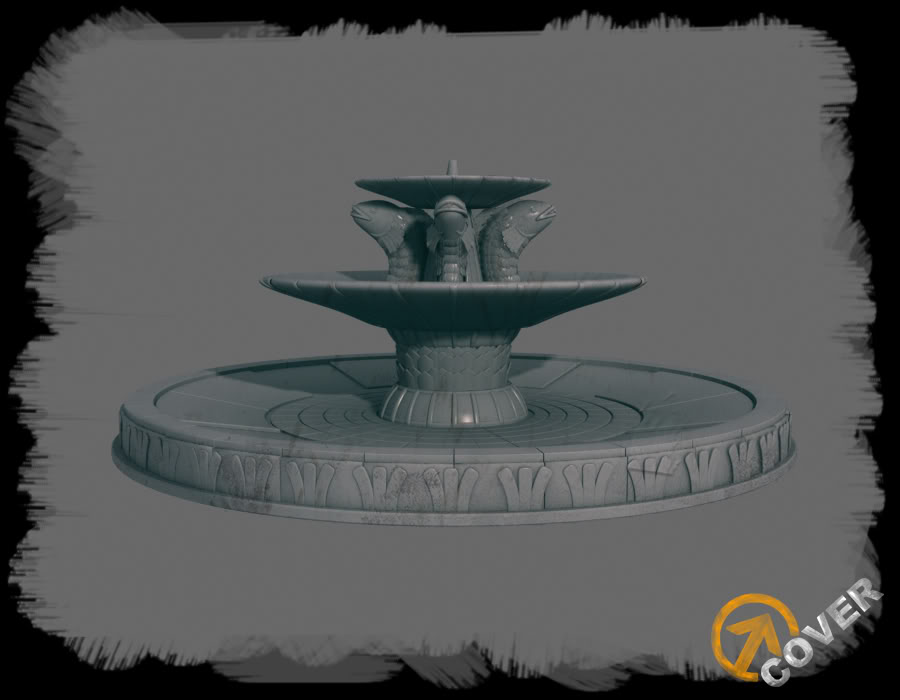 Having the highpoly finished I start getting the low-poly basemesh i made earlier ready to bake moving vertices around to line up with the high-poly model so that when i bake down there will be no errors: 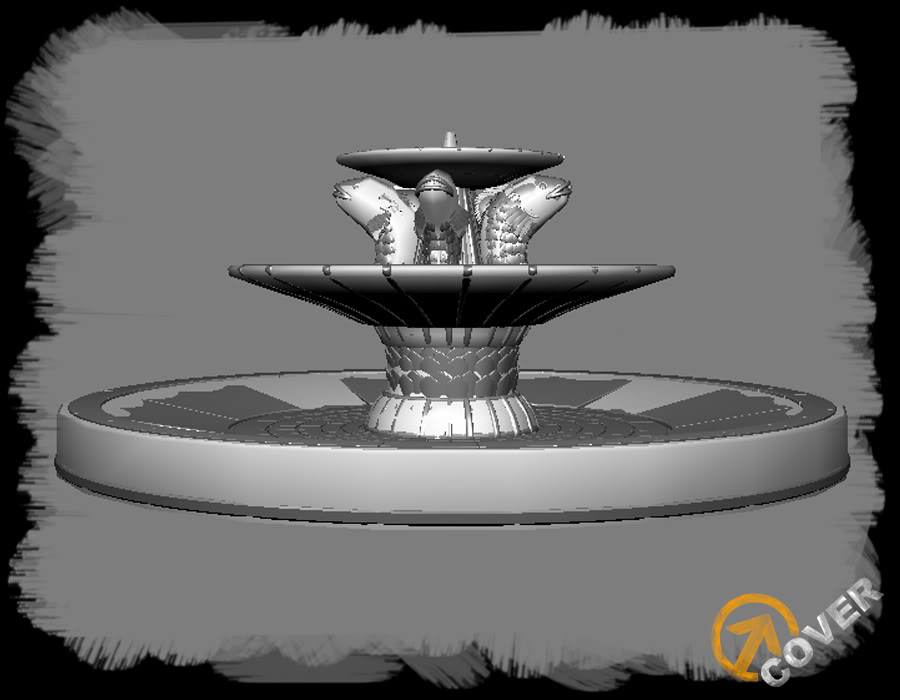 After I get the high poly and low poly mesh lined up I UV map the low-poly model which basically makes it flat so I can paint on them. At this point I bake 2 textures one AO map and one normal map. The AO maps brings out the depth and shadows of the high poly sculpt while the Normal map brings out the details.

At this point I throw the maps into photoshop and get started with the textures, I use the complete map as a base for my Diffuse after I finish painting the diffuse I start work on the specular map that defines the highlights and shinyness of the piece. 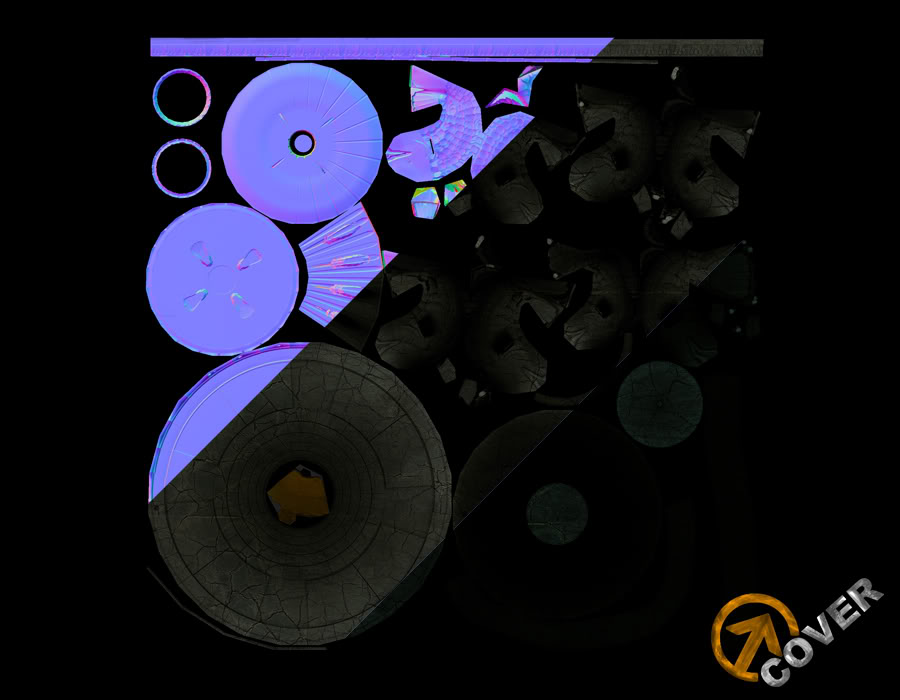 After All the Maps are finished i add them all to my low-poly model (Note: I add the maps to the model as I paint the textures so I can see what i need to add or fix) here is the end result in 3ds max 9 viewport: 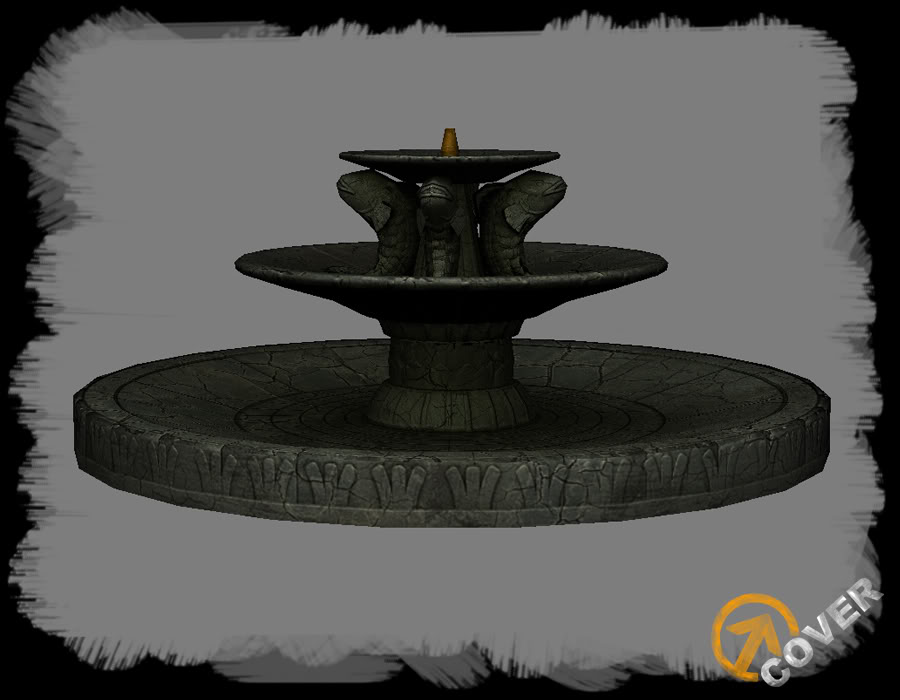 After all of that I tweak the textures a little and then get ready to export ingame you can see how I import models into unreal here:

At this point I throw the model in-engine and tweak the maps in the material editor and i get this: 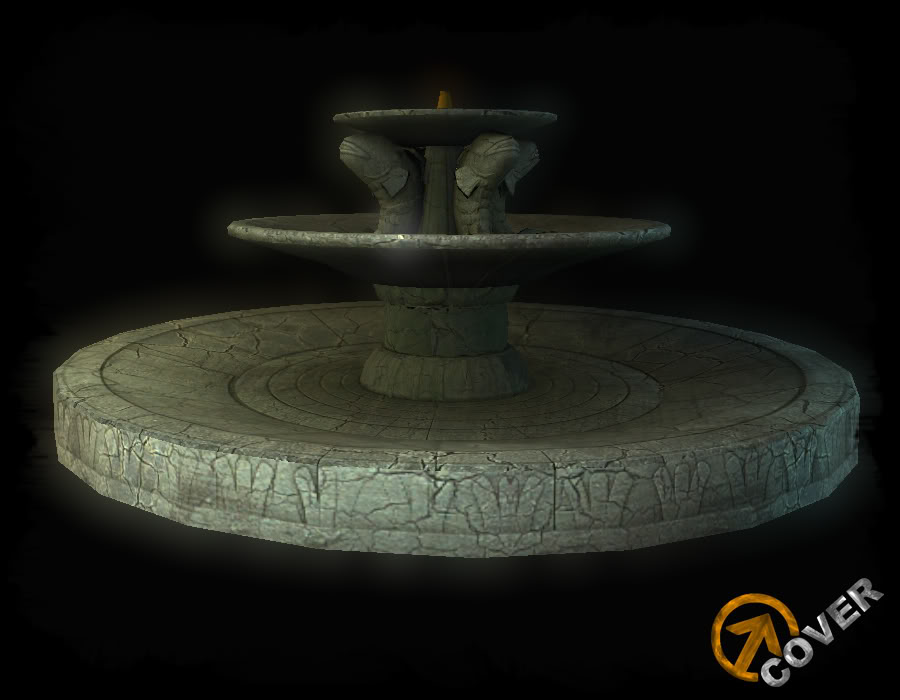 Because unreal has its own compression settings for objects I lose some of the detail and resolution. But I'm finished with the piece! That concludes this update, hope to hear some feedback on what I can do with these sort of updates in the future! Expect some more Weapon concepts and Models in the next update.
Comments

What did you use to make this? zBrush? The only reason I ask is because you use the words "sculpt" and the only time I've ever actually heard or seen that word used is if it's zBrush related.

Gotta love ut and its lets make everything glow effect :P
Nice model and post, keep at it.

All of it was done in max with sub-d modeling techniques.