This week, I’ll continue the preparations to start working on the animation controller.

This week, I’ll continue the preparations to start working on the animation controller.

I did some previous work before, but it needs to be updated and completed before proceeding to the following and important stage: complete the game mechanims feature set.

OK, but first things first. Climbing up and down the ladders required the graphic design of the character from the back. In order to do that, I used the concept art of the main character as a base.

Remember I’m not an artist so, I did my best to get that result.

In any case, this will be a good base to work with. If play testers complain about something specific I can polish later.

I used the last, because the kimono sleeves of the third version are kind of problematic (Now I understand why the artist took this decision for the side version of her design

Once the design was completed and the best choice was selected, I had to setup some important things before working on the set of animations the player can see from this perspective: 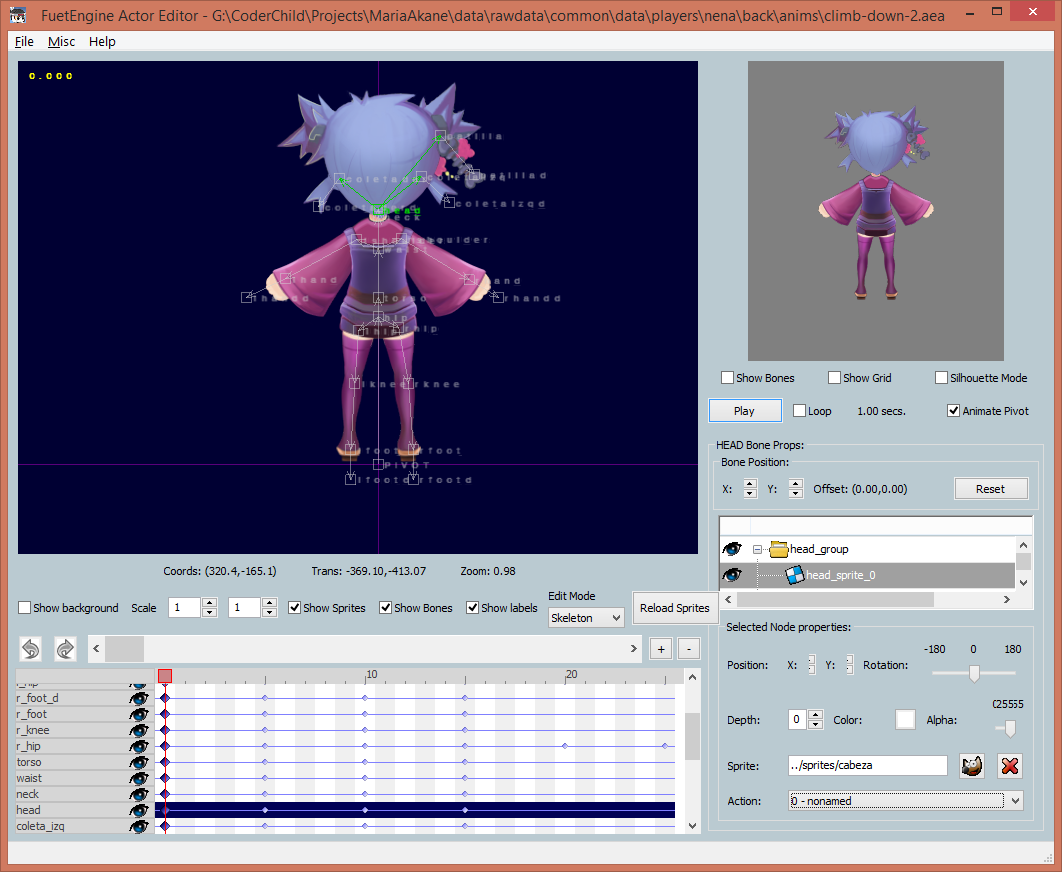 Setting up Skeleton for Back animations

Once everything was ready I did the”start climb down” animation.

On the technical side, I worked on a masking feature for the animation system. This allows us deciding which bones should be updated by the animation, and which need to be left outdated.

Next task: update the anim controller and its state machine, but be careful! I´ll use QFSM (an external tool) to simplify the state machine creation and edition. And the weirdest thing: I'll import the data into the source code!

You'll see it's a kind of primitive Mecanim but totally useful system.